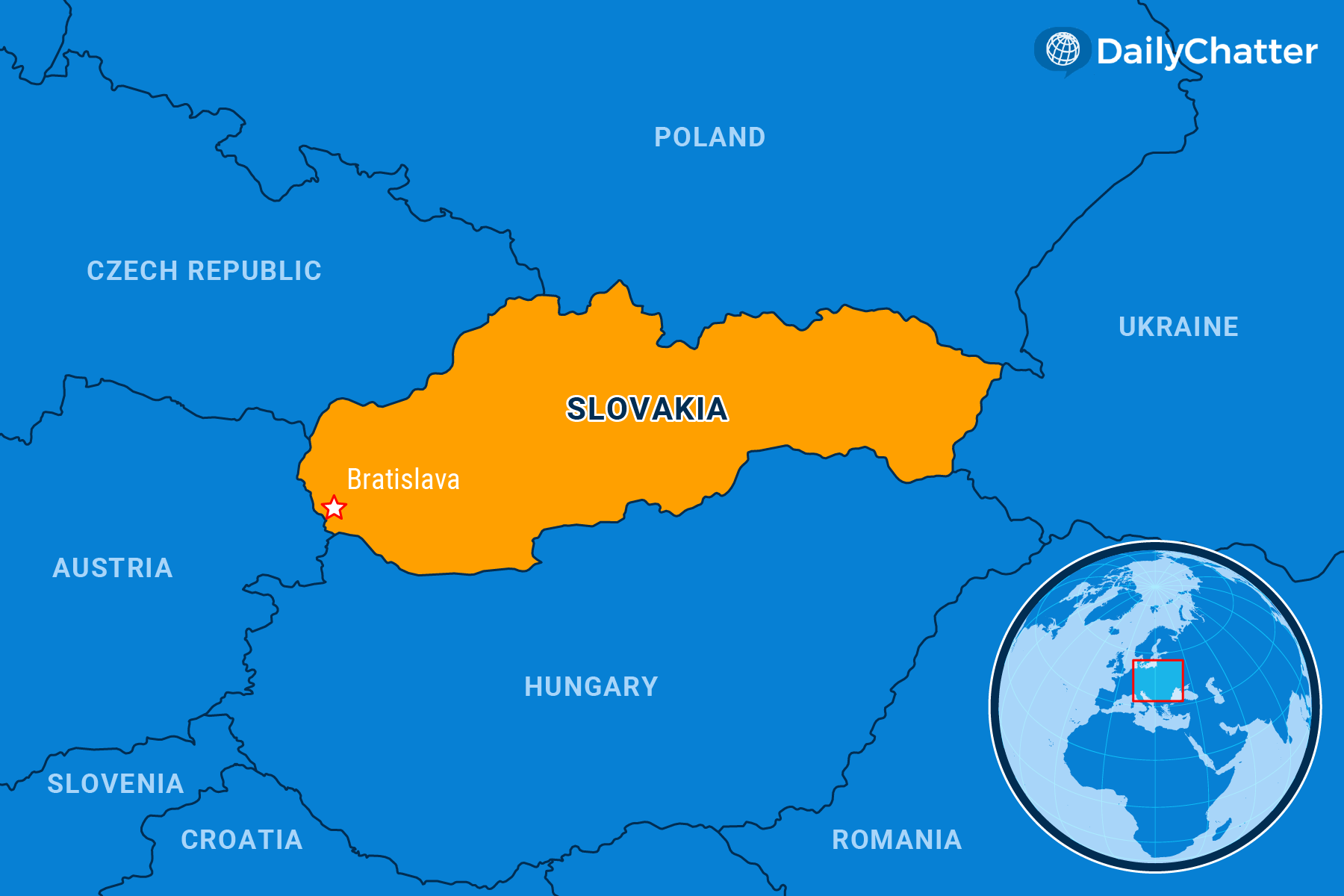 Thirty years ago, the former communist country of Czechoslovakia split in two. The event was called the “Velvet Divorce” because it was an amicable divorce between two nations whose association dated back to the fall of the Austro-Hungarian Empire in 1918, as the BBC recounted. Negotiations to create two new countries – the Czech and Slovak Republics – took only six days. The two remain close today, Deutsche Welle reported.

The Russian invasion of neighboring Ukraine made the 30th anniversary especially poignant. Russian President Vladimir Putin, wrote Euronews, has argued that Ukraine is not a legitimate country. The Ukrainians, meanwhile, sought to replicate the friendly neighbors’ policy that the Czech Republic and Slovakia have achieved. Other separatist disputes between Kosovo and Serbia, Scotland and the United Kingdom, and Catalonia and Spain demonstrate how many countries face serious questions about their political constitutions.

Both successor states to Czechoslovakia faced substantial challenges in the post-Cold War period. Today, however, Slovakia is experiencing significant political chaos and challenges.

Last year, Prime Minister Eduard Heger and his ruling Ordinary People and Independent Personalities political party (OLaNO) lost a no-confidence vote after less than three years in power, explained the Slovak Spectator, a local English-language newspaper. OLaNO had won a majority in the Slovak parliament on an anti-corruption platform after the murder of journalist Jan Kuciak and his fiancée, an incident that caused widespread calls for change in Slovakian politics because of the links between the suspects and high-level officials in the country, Al Jazeera noted.

But it was a quick fall from grace, as EU Reporter explained, noting how Slovaks have “lost patience with their hamstrung government, whose infighting has made it seemingly unable to resolve acute issues,” and become “a never-ending TV show that nobody no longer wants to watch.”

In the case of the one crime the OLaNO government wanted to see prosecuted, the opposite has happened. Slovakian authorities dropped criminal charges against Robert Fico, a former prime minister from the opposition Direction – Slovak Social Democracy party (SMER), saying the charges lacked sufficient evidence and thus were “unclear and unjustified on all points,” EU Reporter wrote.

As the Friedrich Naumann Foundation noted, Richard Sulík, the leader of the libertarian Freedom and Solidarity Party, pulled out of the coalition with OLaNO precisely because he couldn’t work with Matovič. His decision to undermine OLaNO might allow Fico to win sufficient seats to become prime minister again. The Atlantic Council warned that Fico would cut aid to Ukraine and approach the government in the “illiberal” manner that pro-Russian Prime Minister Viktor Orbán pursues in Hungary.

Still, some say Slovakia offers an illustrative lesson: Reformers must be nimble and responsive to their voters if they want to truly reform anything.

Shaken to the Core

A Japanese court acquitted three former Tokyo Electric Power Company (TEPCO) executives, who were charged with negligence in the 2011 Fukushima nuclear plant meltdowns, the first criminal prosecution related to the incident that occurred more than a decade ago, the Associated Press reported Wednesday.

The three defendants were accused of failing to anticipate the danger of a meltdown and being unprepared for the nearly 50-foot tsunami that struck the Fukushima Daiichi nuclear plant on March 11, 2011, following an earthquake.

Three of the plant’s reactors suffered meltdowns, releasing large amounts of radiation into the surrounding communities and the sea. The incident resulted in forced evacuations and led to many residents losing their homes, jobs, as well as community ties.

But on Wednesday, Tokyo’s High Court upheld a 2019 lower court’s ruling that found the three executives not guilty. The previous court said that the massive tsunami was unforeseeable.

Meanwhile, the high court also found the defendants not guilty of causing the deaths of 44 elderly patients whose already waning health deteriorated during or after forced evacuations from a local hospital and a nursing home.

The ruling was a major blow to Fukushima residents and their supporters, the newswire said.

The Pacific Island Forum (PIF) – a regional bloc of 17 island nations – urged Japan to halt the release of more than one million tons of water, saying it could impact the fishing grounds their economies rely on.

Regional neighbors, including China and South Korea, have also criticized the plan.

The Japanese government countered that regulators have deemed the wastewater safe for release but added that it still contains traces of tritium – an isotope of hydrogen that is hard to separate from water.

The United States Supreme Court is debating whether the federal government can pursue criminal charges against Turkey’s state-owned bank, a case that has raised legal questions among justices and legal analysts about sovereign immunity even as Turkish officials are due to meet their US counterparts in Washington this week, the Washington Post reported.

The case concerns Turkey’s Halkbank, which US prosecutors have accused of helping to launder billions of dollars between 2012 and 2016 to help Iran evade at least economic sanctions imposed by the US.

At least one bank official has pleaded guilty to the scheme.

Halkbank’s lawyer, Lisa S. Blatt, said the institution is an arm of the Turkish government and therefore shielded by precedent that prohibits one nation from pulling another into its courts for criminal prosecution.

Still, two lower US courts had previously ruled that the bank had no sovereign immunity.

Meanwhile, Justice Department representatives said that the bank did not have immunity and that the FSIA does not apply to criminal prosecutions. Even if it did, the Halkbank case would fall under the law’s provision for misconduct involving commercial activities, they noted.

The case has raised concerns among justices over whether to rule in favor of prosecuting Halkbank because such a move could prompt prosecutions of other sovereign nations and their entities, even in state courts. Alternatively, it puts decisions of national security and international relations in the court’s hands, justices added.

The pending case comes as Turkish Foreign Minister Mevlut Cavusoglu visits the US to meet with his American counterpart, Antony Blinken.

Part of the visit involves the aim of smoothing out a series of disagreements between the NATO allies, including the Halkbank case and Turkey’s purchase of Russian-made missiles, the Associated Press wrote.

The British government is planning to give police more powers to shut down protests that are deemed disruptive, a move that human rights groups have criticized as an attack on the right to protest, the Evening Standard reported.

The amended Public Order Bill will give officers greater clarity about when they can stop demonstrations that cause “serious disruption,” such as blocking roads or slow marching. The changes would allow authorities to shut down the protests before they take place.

Other clauses would also criminalize protest tactics such as locking on – where protesters physically attach themselves to objects or buildings – and order individuals who demonstrate regularly to wear electronic tags, according to CNN.

Prime Minister Rishi Sunak backed the bill, saying that while protesting is “a fundamental principle of our democracy,” it is “not absolute.” Police chiefs also support the changes, noting that the amended bill would expand the legal definition of serious disruption.

But protest groups and human rights organizations worried that such legislation “sets a dangerous precedent,” while opposition politicians called it an attempt to distract the public from other issues affecting the United Kingdom.

Critics noted that the bill will target groups such as Black Lives Matter, Extinction Rebellion and Just Stop Oil, all of which are known for their disruptive tactics.

The bill is due to be debated in the upper house of Parliament shortly.

The Amazon might appear to be lush, but its soil is actually not so fertile.

That’s why the region’s Indigenous peoples have been fertilizing the land to use it for agriculture for thousands of years, according to a new study reported in Science News.

Archaeologists have long come across these mysterious patches of “dark earth” – soil patches that are unusually fertile and richer in carbon and darker in color – at a number of sites across the Amazon River basin. They have wondered whether the Amazonians did it themselves – long before the arrival of Europeans – or if it was a natural geological process.

Now, however, a new study on the Kuikuro people of southeastern Brazil found that they produce a special fertilizer – which they called “eegepe” – using ash, food scraps and controlled burns.

The study also found that the recipe for this ground treatment has been passed down from their ancestors: When a research team collected dark earth samples from around Kuikuro villages and archaeological sites in Brazil’s Xingu River basin, they discovered “striking similarities” between soil samples from the ancient and the modern sites.

But aside from showing that ancient Amazonians have been altering their land for millennia, the study also found that the dark soil can help fight against climate change because it holds more carbon than the other surrounding, untouched earth.

While the specific amount is still yet to be determined, the team indicated that the unique soil might spur more research into techniques to permanently store atmospheric carbon in tropical soils.