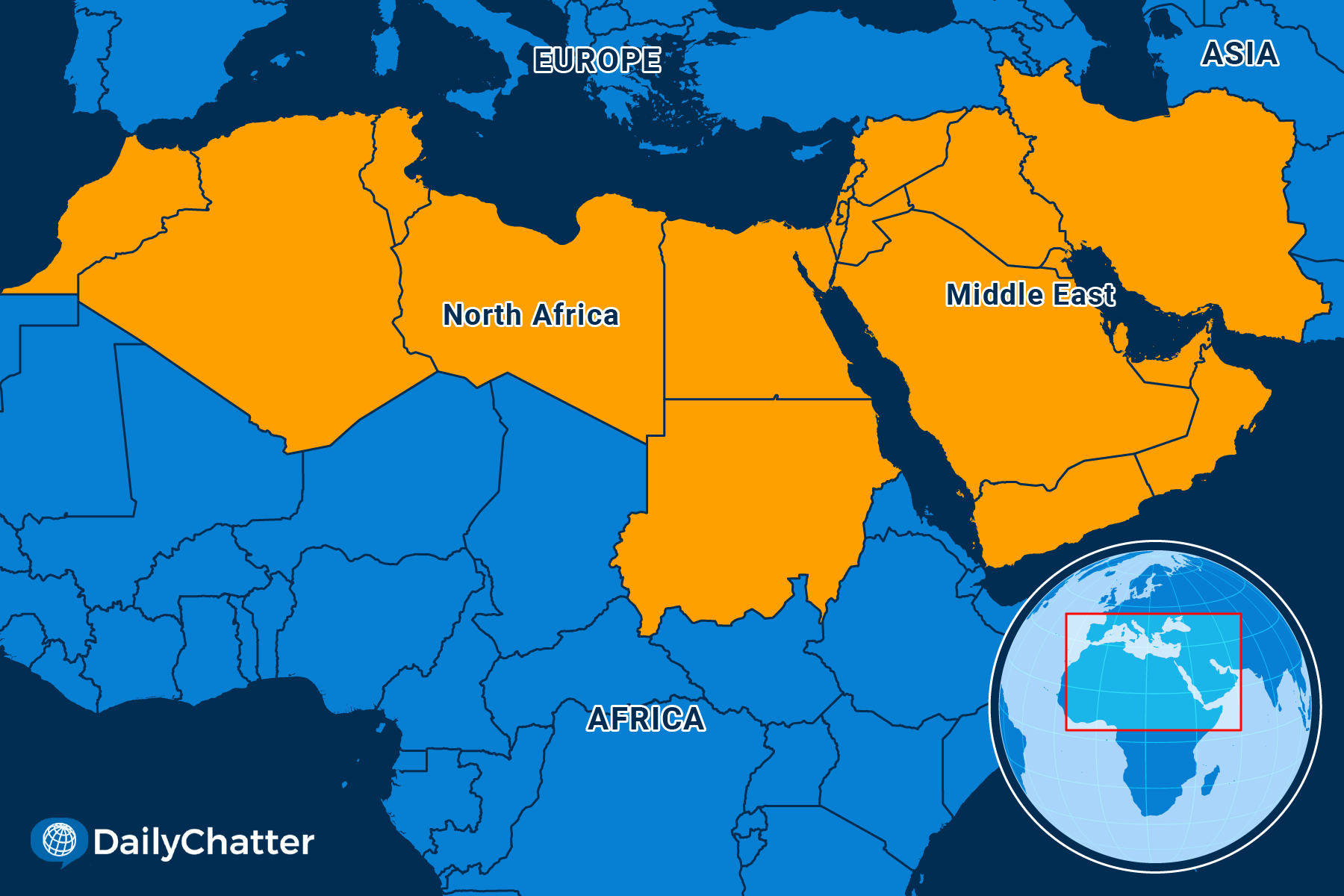 Natural gas is changing the Eastern Mediterranean. It could also shake up the Israeli-Palestinian relationship.

As the Middle East Institute outlined in a recent report, governments in southeastern Europe, the Middle East and North Africa have been struggling to develop new natural gas fields since long before Russia’s invasion of Ukraine last year. Since the invasion, however, as Europe has sought alternatives to Russian energy, skyrocketing prices have incentivized leaders to refocus their efforts on drilling and opening wells.

Egypt, for example, recently announced the discovery of massive new natural gas fields off its Mediterranean coast, wrote the Times of Israel. Other large fields have been found off the island of Cyprus, added Euractiv. Cyprus is now considering a pipeline to bring natural gas from Israel. Turkey is also seeking to expand production at its wells in the Black Sea, Bloomberg noted.

One can envision conflicts over these precious resources, of course. A court in Libya, for example, recently invalidated an offshore oil and gas drilling contract struck between Libyan officials and Turkey, finding that Egypt and Greece also had claims to the territory in question, Oilprice.com reported. Considering how Greek and Turkish ships occasionally trade warning shots as they patrol their abutting waters, as the Associated Press wrote, such developments could spark trouble even as they promise economic rewards.

These dynamics could potentially alter the Israeli-Palestinian conflict, too.

As the Washington Post explained, Israel, the Palestinian Authority and Egypt recently reached a natural gas exploration deal that could provide millions of dollars in revenue for Palestinian services, infrastructure and economic development. While technically Hamas, the militant group that runs the Gaza Strip, wasn’t a party to the deal, they must have tacitly approved it – and Israel, in turn, must have sanctioned this understanding.

The announcement is a big deal, wrote the Middle East Monitor, because it reverses years of delays in developing natural gas in the area due to Israeli fears that Hamas, which the US and Israel designate as a terrorist group, would receive a share of the proceeds.

Not all disruption is bad.

Softly, with a Big Stick

Iran is implementing new rules to enforce the country’s strict laws requiring women to cover their heads in public, as the country’s clerics seek to curb the anti-government protests that have engulfed the Islamic republic for months, the Wall Street Journal reported.

Earlier this month, the Iranian prosecutor general’s office issued a directive to police to refrain from detaining women failing to respect the country’s Islamic dress code, and instead impose penalties on them.

The penalties would include fines, community service and an international travel ban. Women working in the public sector could be dismissed from their jobs.

The new rules extend to individuals or entities tolerating dress-code violations, which include taxis, restaurants and banks.

Analysts and human rights advocates noted that the changes would allow police to take a less confrontational approach in enforcing the headscarf law, which sparked the ongoing mass demonstrations.

The protests began in September following the death of 22-year-old Mahsa Amini, who was arrested by Iran’s controversial morality police for allegedly violating the Islamic dress code. She later died in police custody.

Tens of thousands have taken to the streets against the morality police even as the demonstrations have transformed into calls to end Iran’s Islamic system of rule. More than 1,000 people have been arrested and at least four individuals have been executed in connection with the anti-government protests.

The new guidelines come a month after Iran’s attorney general said the government had disbanded the morality police and was considering changing the requirement that women covered their heads in public.

But since then, there have been no other official announcements about the dissolution of the police unit. Activists say the Islamic Republic would never abolish the headscarf rule, calling it a pillar of the government’s control.

South of the Border

The issue relates to Scotland’s Gender Recognition Reform Bill which was passed by a majority of Scottish lawmakers last month. The draft law would lower the age of individuals – in Scotland – eligible to apply for gender reassignment to 16, and remove the requirement for a medical diagnosis of gender dysphoria for a gender-recognition certificate.

But on Monday, Scotland Secretary Alister Jack – the UK government’s minister for Scotland – said the UK government will prevent the legislation from being sent to King Charles III for royal assent – the final stage of any new bill. Jack explained that the gender reform bill would have “an adverse impact on the operation of Great Britain-wide equalities legislation.”

The decision marks the first time the UK government has vetoed legislation approved by the Scottish parliament or interfered in Scottish legislative affairs in this manner since devolution 25 years ago. Scotland, which has been part of the UK for centuries, has its own government and control over certain areas of public life, such as justice and education.

While Sturgeon and equality campaigners hailed the bill’s approval as a “historic day for equality,” British officials worry that the legislation could promote gender tourism.

Others fear that people who change gender in Scotland would have a different legal status when they are in the rest of the UK.

Some senior officials had described the Scottish bill as a “constitutional nightmare.”

Meanwhile, Sturgeon had previously warned that London’s blocking of the bill could “normalize” and “embolden” the UK government to do the same with other legislative initiatives.

China experienced its first population decline since 1961, with the world’s most populous country facing a demographic crisis, Axios reported Tuesday.

The country’s National Bureau of Statistics (NBS) said there were 1.41175 billion people living in China at the end of 2022 – a drop of about 850,000 compared with the previous year.

Data from the NBS also showed that 9.56 million babies were born in China while more than 10 million died in 2022. The number of births marked a record birth rate of 6.77 per thousand, according to NBC News.

Meanwhile, China is currently dealing with an increase in coronavirus deaths after abandoning its zero-COVID policy, which saw severe restrictions such as lockdowns hurt the Chinese economy and disrupt global supply networks.

Despite the bleak figures, NBS Director Kang Yi noted the economy is expected to improve this year as the country emerges from its coronavirus pandemic isolation. He added that China’s population decline was not a reason for concern and that total labor supply still exceeded demand.

Still, China has been experiencing declining birth rates for about a decade, which risks undermining the CCP’s consumption-driven growth model. The decline has also prompted analysts to question whether Beijing will surpass the US as the world’s largest economy.

According to the United Nations, India is projected to overtake China as the world’s most populated country this year.

Meanwhile, the Chinese government has in recent years imposed a series of measures to address the decline, such as rescinding its notorious one-child policy and allowing couples to have up to three children.

But the public has mostly responded with indifference: According to a report published last year by the YuWa Population Research Institute, a Beijing-based think tank, the desire to have children in China ranks among the lowest in the world.

A Shot at Life

Honeybees are getting their own vaccine, the Guardian reported.

Recently, the US Department of Agriculture approved the world’s first inoculation for honeybees aimed at protecting the insects from the American foulbrood disease, which has been severely decimating their colonies.

The disease is caused by the bacterium Paenibacillus larvae that affects bee hives. Because there is no cure for the disease, once a colony has been infected, beekeepers have to burn it and administer antibiotics to prevent further spread.

Developed by the US-based biotech firm Dalan Animal Health, the new vaccine functions by incorporating some of the bacteria into the royal jelly fed by worker bees to the queen. The special jelly is then eaten by the queen and the vaccine moves in part to the ovaries.

As the developing bee larvae hatch, they develop immunity to foulbrood, and Dalan’s research suggests this will reduce mortality rates from the disease.

First originating in the US, the foulbrood disease has spread worldwide and threatens myriad honeybee colonies around the globe. Dalan chief executive Annette Kleiser hopes the novel inoculation could help find vaccines for other bee-related diseases.

“Our vaccine is a breakthrough in protecting honeybees,” she said. “We are ready to change how we care for insects, impacting food production on a global scale.”

These breakthroughs are particularly important as scientists raise the alarm about declining insect populations around the world due to habitat loss, pesticide use, and the climate crisis.