China recently lifted mandatory quarantining for visitors, ending three years of travel restrictions designed to prevent Covid infections. The move was the latest easing of anti-Covid measures in the country, which was rocked last month by protests against lockdowns, as the Council on Foreign Relations explained.

Abandoning China’s previous “zero Covid” policy has had repercussions, however. Covid infections have skyrocketed as the virus has torn through communities where many folks had not been exposed.

China’s decision to use only domestically produced vaccines has worsened their plight because they are viewed – somewhat incorrectly – by some Chinese as less effective than their Western counterparts, CNBC wrote. Chinese citizens have been taking advantage of lifted restrictions on traveling abroad to receive mRNA vaccines, like those administered in the US and elsewhere around the world.

Researchers estimated that as many as 80 percent of the residents of large cities like Shanghai have had the virus, noted Nikkei Asia, prompting the creation of a new term, “yangguole,” or Chinese for “having had COVID.”

Analysts further predict that, while the number of infections might have peaked in early to mid-January, more suffering was likely ahead. “We may still be seeing more hospitalizations in the coming weeks and more severe cases and unfortunately, more deaths, even if the infections have already peaked,” said Benjamin Cowling, an epidemiologist and medical statistician at the University of Hong Kong.

The problem is, Chinese hospitals are already full, as the photographs for a New York Times story illustrated. So are morgues. Satellites have taken images of backed-up traffic at crematoriums and funeral homes, according to CNN, adding that overworked medical staff were using “makeshift facilities” to process crates containing bodies. Families typically must wait days before they can claim their loved ones’ remains. That pace has been going on for weeks, Reuters reported.

The situation worries officials in other nations who fear that China’s new policies might facilitate the spread of Covid, Politico wrote. The World Health Organization, furthermore, has charged Chinese officials with understating the full scope of the deaths that have resulted from the virus running rampant, the Guardian reported.

On Saturday, China revised its official death toll from the latest outbreak of the coronavirus to nearly 60,000 deaths since December, up from 37, the Washington Post reported.

Meanwhile, Japan and South Korea, for example, have placed restrictions on Chinese travelers from entering their countries, prompting China to stop issuing short-term visas to the Japanese and South Koreans, added the BBC.

Everyone is also worried, of course, about the global effects of widespread suffering, labor shortages and productivity declines in the world’s most populous country and its second-largest economy, National Public Radio declared.

That includes the Chinese, to be sure.

Tens of thousands of Israelis demonstrated across the country over the weekend to protest against the conservative government’s plan to overhaul Israel’s top court, a move critics say could weaken the Jewish nation’s democracy, the Wall Street Journal reported.

Activists and opposition parties took to the streets in cities and towns nationwide, calling for the government to scrap the controversial plan. At least 80,000 people rallied in Tel Aviv’s Habima Square demanding the government “take its hands off the court.”

The demonstrations came days after the new ruling coalition – comprised of right-wing and religious parties – proposed curbing the power of Israel’s judiciary.

The changes would include giving the governing coalition more sway over which judges are appointed, limiting the court’s ability to strike down laws, and allowing a simple majority of lawmakers to override the Supreme Court should it strike down legislation.

Prime Minister Benjamin Netanyahu and his allies said the changes are necessary to restrict what they call rampant judicial overreach, as well as create a balance between the Supreme Court’s power and the legislature. Others have accused the court of disproportionately striking down bills connected to the right wing’s legislative agenda.

The Israeli Supreme Court has ruled against bills that the right-wing coalition seeks to pass, including one that formalizes a long-standing exemption from military service for ultraorthodox Israeli religious students.

However, critics rejected the accusations and warned that the overhaul risks undermining Israel’s existing system of checks and balances.

Supreme Court Justice Esther Hayut issued a rare public statement where she denounced the move as “a plan to crush the justice system.” She added that in the past, the court has exhibited restraint when intervening in government decisions.

A Greek court dismissed charges against 24 aid workers who had been helping migrants arriving in Europe, putting an end to a case that critics said symbolized the criminalization of rescue work, the Washington Post reported over the weekend.

The defendants, who had been working for non-governmental organizations helping migrants arriving on the Greek island of Lesbos, were charged with multiple crimes, including espionage.

If found guilty, they could have faced up to eight years in prison.

The defendants included Syrian human rights worker Sarah Mardini, a refugee and competitive swimmer whose sister Yusra Mardini was part of the refugee swimming team at the Olympic Games in 2016 and 2021, according to the Associated Press.

The sisters’ story was made into a Netflix movie, “The Swimmers.”

In its ruling, the court rejected the charges on procedural grounds, saying documents had not been properly translated, and gave prosecutors the option to refile. But observers said that the defendants were unlikely to be charged again because the statute of limitations expires next month.

The case generated international condemnation, including from Amnesty International which described it as “a textbook example of how the criminal justice system can be misused by the authorities to punish and deter the work of human rights defenders.”

The case was also part of efforts by Greece’s conservative government to curb the number of undocumented migrants entering the country. These efforts also included the practice of “pushbacks,” which involved dragging migrant ships back to international waters, a violation of maritime law.

At the height of the 2015-2016 refugee crisis in Europe, Greece saw more than one million migrants and refugees arrive on its shores, many of them escaping Syria and other conflict areas.

Resentment grew in Mediterranean countries because of the spike in asylum seekers, particularly as some other European Union members refused to take in migrants. 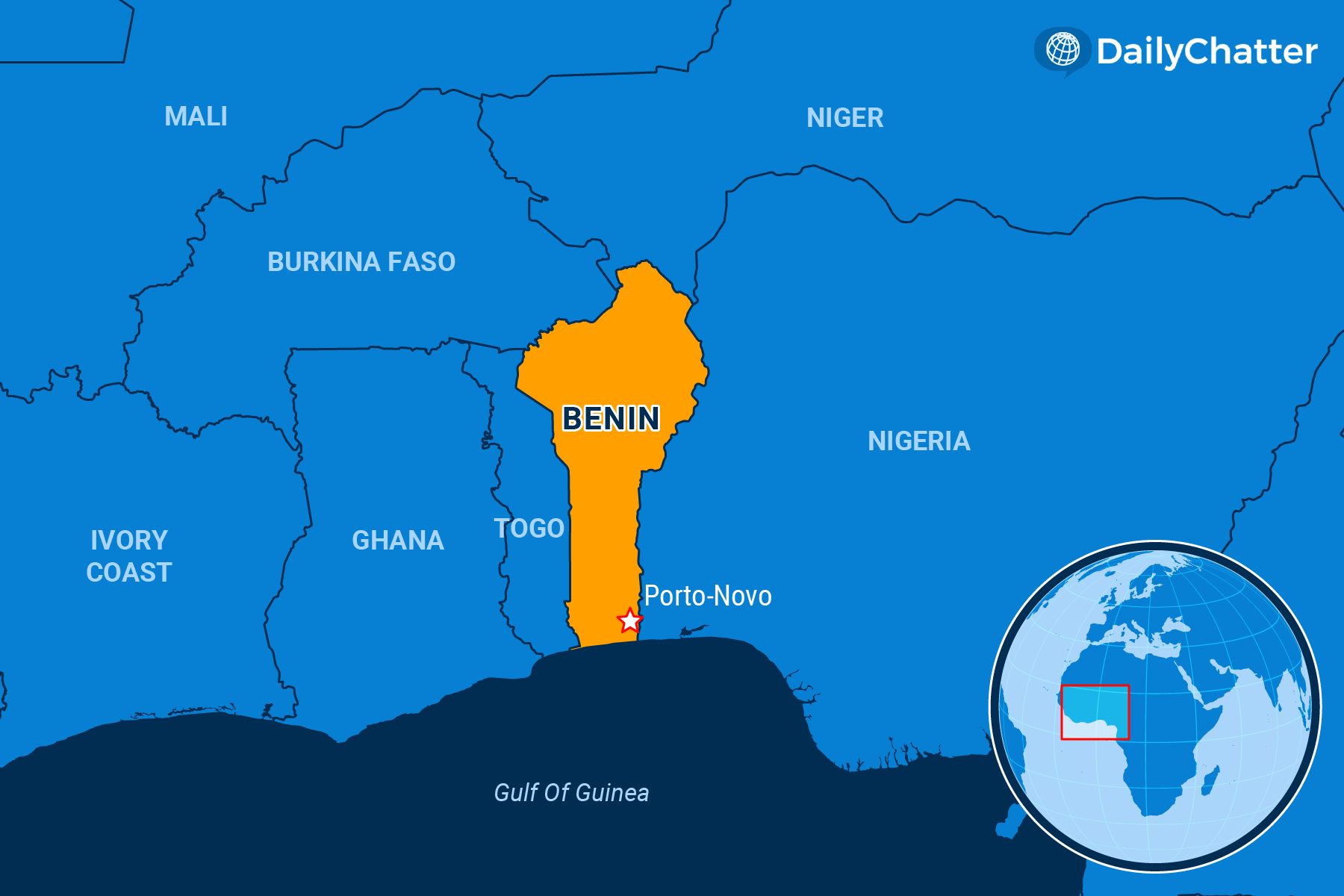 Benin’s pro-government parties won a majority of seats in parliament following last week’s legislative elections, a vote that also saw the return of the opposition after four years out of government, Agence France-Presse reported.

The country’s constitutional court said that parties supporting President Patrice Talon won 81 out of 109 seats in the legislature. The opposition Democrats party gained 28 seats, it added.

The court noted that voter turnout was nearly 38 percent, a historically low turnout.

The parliamentary elections served as a test for Benin, where Talon has promoted development while his critics have accused him of eroding the West African country’s democracy.

Since coming to power in 2016 and after getting re-elected in 2021, most of Talon’s opponents have been jailed or have fled the country.

During the 2019 parliamentary vote, stricter election rules effectively barred opposition parties from participating, which resulted in a legislature dominated by pro-government parties.

This election was characterized by deadly clashes in an opposition stronghold, low turnout, and an internet outage, all of which are unusual in Benin.

Following this year’s election, Democrats leader Eric Houndete accused pro-government parties of vote rigging and ballot box stuffing, although he did not provide any evidence.

The parliamentary elections this year were critical for the opposition in preparing for the presidential elections in 2026 when candidates will require support from lawmakers to qualify.

Parliament also has a say in who sits on the constitutional court, which rules on election disputes.

Critics claim Talon’s government has used the court, which was established in 2016, to crack down on his opponents.

For years, scientists thought that dinosaurs were big but not brainy.

But now, some researchers believe that some dinosaur brains were so complex and densely packed with neurons that they nearly resembled the noggins of modern primates, according to a new but controversial study.

Neuroanatomist Suzana Herculano-Houzel and her colleagues have even proposed that certain members of the extinct species were smart enough to use tools or form groups, the Washington Post reported.

For their paper, they sought to measure the density of neurons in the dinos’ cortex – the wrinkly area of the outer brain critical to most intelligence-related tasks.

Because dinosaur brains are difficult to get, the team analyzed the brain cases of some of the species – including Tyrannosaurus rex – and compared them with a massive database of bird and reptile brain masses.

They then devised an equation that correlated an animal’s brain mass with the approximate amount of neurons in the cerebrum, which comprises the cortex.

Their findings showed that the brains of theropod dinosaurs – which include T. rexes and velociraptors – nearly follow the same rules as warm-blooded modern birds. Meanwhile, the brains of sauropod dinosaurs, such as gigantic Brachiosaurus, resemble those of modern cold-blooded animals, according to Science magazine.

For example, Herculano-Houzel observed that the T. rex brain had as many as three billion neurons – comparable to a baboon’s brain. Another theropod, the deadly Alioramus, meanwhile, had more than one billion, similar to a capuchin monkey.

“I have a whole newfound respect for T. rex,” Herculano-Houzel told Science. “Something that big with those teeth that had the cognitive capacity, numberwise, of a baboon … that is legit scary.”

While some researchers and paleontologists praised the study for shedding some light on dinosaur smarts, others were careful in suggesting that the extinct creatures were intelligent enough to use tools.

Editor’s Note: According to the World Health Organization, the data reported by China underrepresent the number of people who have died from the virus in the country’s rapidly growing COVID-19 outbreak.