Editor’s Note: Last month, we asked our readers to select a country for us to focus on and collected the results. Now, we’re pleased to offer our inaugural Readers’ Choice Week, with reports on four of the top vote-getters. We wish we could have featured all the great suggestions – but hope to in 2023. Until then, the DailyChatter team wishes you and your loved ones a healthy and peaceful New Year.

When Dullness Is a Virtue 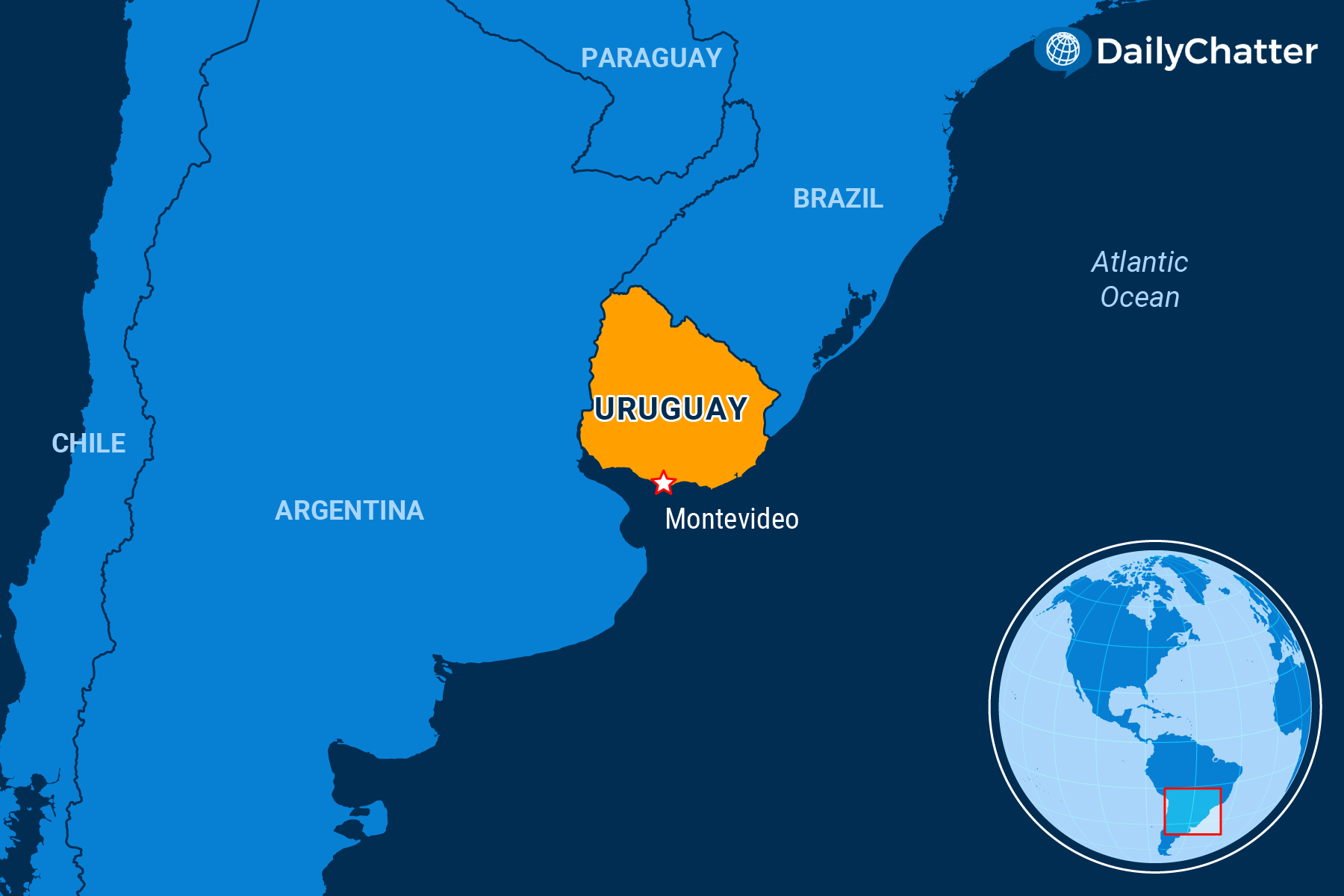 Most Uruguayans bristle at the notion of patriotism.

Leave that to Argentina, Uruguay’s southern neighbor, they say, or to Brazil, the behemoth to the north. Uruguay – with the possible exception of when its national soccer team is in action – is just fine being Uruguay: Low-key and earnest, a mix between old-fashioned and progressive, and by many accounts a little dull.

“The joke is that our country is a little like its geography,” Adolfo Garce, a political scientist at Uruguay’s University of the Republic, told DailyChatter. “We’re a flat country, without mountains or volcanoes, no tsunamis, no earthquakes. We’re all about moderation. We’re the country of gradual changes.”

Still, talking to Uruguayans, it doesn’t take long for a kind of quiet patriotism to come to the surface.

They are proud to tell you the country was the first in the Americas to give women the vote. And they boast of being in Latin America’s top tier in workers’ rights, literacy rates, and health care. Locals also are quick to mention the country’s progressive bona fides: Divorce was legalized in 1907, gay marriage has been legal since 2008, abortion since 2012, and recreational cannabis since 2013.

There are achievements, analysts say, that serve as a model for the region: Almost no one in the country lives in extreme poverty, for example, and in percentage terms, Uruguay has the largest middle class – two-thirds of the population – and the lowest level of income inequality in the Americas, according to the World Bank. Its economy grew a whopping 7.7 percent year-on-year in the second quarter of 2022, regional newspaper MercoPress reported, outpacing the growth of most of its neighbors.

Its economic steadiness and free-market policies attract investment, especially in its booming tech sector. That’s where entrepreneurs from Argentina, fed up with the economic chaos there, are helping to fill labor gaps holding back this industry, reported Rest of World, a publication that covers global tech. Tax breaks for foreigners and software companies don’t hurt. Neither does the provision of laptops for every student in the country.

One factor that helps distinguish Uruguay from its neighbors is its stability in politics. The county has the “longest (lived), most stable democracy in the region,” the publication added, with a tradition of multiparty consensus, institutional measures to protect democracy, and approval ratings for its presidents that other leaders could only dream about. In global rankings measuring aspects such as political rights and civil liberties, Freedom House ranked it “free” and was topped only by the Scandinavian countries, Canada, Finland, New Zealand, and the Netherlands.

While Uruguayans and outsiders universally praise the small country’s achievements – its population of 3.5 million is around a quarter that of the cities of Buenos Aires or Sao Paulo –there’s much less of a consensus on what allowed this small nation sandwiched between the continent’s two largest countries to be able to go its own way.

“The roots of national identity are always a bit of a mystery,” Garce said. “For Uruguay, that is especially true.”

The most common theory attributes the country’s personality to history and geography. It has a lack of natural resources and cheap labor – Indigenous tribes ended up helping the continent’s second-smallest country by area because its size had led to Uruguay being overlooked and undervalued. That meant European settlers were there for the long haul, not to conquer, pillage, and return home. In fact, in colonial times, Uruguay was known plainly as Banda Oriental del Uruguay (East Bank of the Uruguay River), a kind of no-man’s land created as a buffer between Spain’s interests in Argentina and Portugal’s in Brazil.

Later, that lack of resources forced it to diversify its economy and avoid the “reverse resource curse” which holds that being resource-rich often leads to corruption and repression, and depresses entrepreneurship, wrote World Politics Review.

Still, issues linger from troubled periods in decades past.

A military dictatorship in the 1970s and 1980s, including widespread assassinations and systematic human rights abuses, is something many think the country is too eager to turn a blind eye to, as UN officials pointed out recently. Desaparecidos, an organization for human rights in the country, says many of the 300 people who “disappeared” in that period are still not accounted for.

Jose Mujica, a former Uruguayan president who earned global headlines as the “world’s humblest head of state,” first rose to prominence as a leftist revolutionary who was tortured and jailed under the military government in that period. He earned that moniker after taking office in 2010 by eschewing the presidential palace, motorcades, elaborate ceremonies and most of his salary, and by arriving at official meetings in his old Volkswagen Beetle.

More recently, a corruption scandal reaching high into the government of President Luis Lacalle Pou is alleged to have provided bogus Uruguayan passports for scores of wealthy Russians looking to flee their country following the start of the war with Ukraine, noted Insight Crime.

That scandal has had an outsized impact in the only country in the region where a majority do not believe that the wealthy buy political influence, the Economist noted, and one that ranks up there with Australia, Japan, and Belgium on Transparency International’s most recent corruption index.

Still, most agree the country is still getting something right. The New York Times recently held Uruguay up as a potential model of environmental sustainability, a country that has nearly joined the club of developed countries while keeping greenhouse gas emissions around the global mean.

That makes Uruguayans proud, if not patriotic.

The World, Briefly will return next week.

Archaeologists in Turkey discovered an 11,000-year-old, two-panel carving depicting humans and animals in what they consider to be one of the earliest known narrative scenes, Art Net reported.

Researchers found the engraving – depicting two male figures facing dangerous animals – on the benches that line the walls of a communal area at the Sayburç site in southeastern Turkey, a complex made up of residential buildings and a large communal structure, they wrote in a new study.

One of the images – a flat relief – shows a squatting figure holding a snake or a rattle against a bull. The other, high-relief depiction shows a male holding his phallus as two leopards approach.

The archaeological team added that certain features of the animals, such as the leopards’ teeth, were heavily emphasized to highlight the danger of confronting the creatures.

“These figures, engraved together to depict a narrative, are the first known examples of such a holistic scene,” co-author Eylem Özdogan said. “This was a picture of the stories that formed the ideology of the people of that period.”

Özdogan and his colleagues said the Sayburç site was populated by Neolithic populations that were shifting from mobile hunter-gatherers to more sedentary, farming lifestyles.

While the engraving is not the first example of narrative art, it is the first one to show a progressive narrative structure, they explained.

The authors added that the scene possibly portrayed historical or mythical characters related to the region’s traditions.