No Joy in Mudville

Supporters of left-wing Brazilian politician and former President Luiz Inácio Lula da Silva, or simply “Lula,” suffered a rude awakening recently when, rather than easily winning his country’s presidential race, he now must face the incumbent right-wing President Jair Bolsonaro in a runoff on Oct. 30.

As Sky News explained, more than 30 percent of Brazilians are evangelical Christians who vote for Bolsonaro, giving him a solid base that evidently turned out in force to try and prevent Lula, who as president had pursued left-wing social welfare policies, from securing power again.

Lula’s comeback has been a historic development in Brazilian political history, recounted the Independent. A 76-year-old former metal worker, he was wildly popular in office from 2003 to 2010. His former chief of staff who followed him as president, Dilma Rousseff, won two elections but was impeached in 2016 for breaking budget law. Then, in 2018, a court convicted Lula on corruption charges and jailed him for more than a year – until the country’s Supreme Court overturned the conviction. Critics said the prosecutions were politically motivated.

This year he came within two percentage points of 50 percent of the vote, however, in a race where cordiality was cast aside, the BBC noted. During the campaign, Bolsonaro referred to Lula as a “thief,” referring to his criminal conviction. Lula called Bolsonaro a “madman,” referring to his denial of the seriousness of the coronavirus and his vaccine skepticism, his policies that opened the ecologically vital Amazon to more development and other policies, as Coda detailed.

Many observers thought Bolsonaro’s victory in 2018 was a fluke. But the former military officer who proudly served in Brazil’s military junta had a strong showing that illustrated how voters embraced his message that the Washington Post described as “profane, homophobic, given to conspiracy theories.” He won 43 percent of the vote this time.

Meanwhile, Bolsonaro’s Liberal Party won unexpected victories in Congressional seats throughout the country, making it the largest party in both houses of the legislature. The Liberal Party won 14 Senate seats, for example, while Lula’s Workers Party won only eight seats.

Bolsonaro has pledged to continue his pro-business, open-market policies while pressing on with privatizations that reduce the size of the state, the Atlantic Council wrote. Lula has vowed to use the state to reduce hunger and poverty.

Campaigning in the weeks before the runoff vote is expected to be intense, Reuters added.

The world will see what happens when titans clash and only one can remain standing. 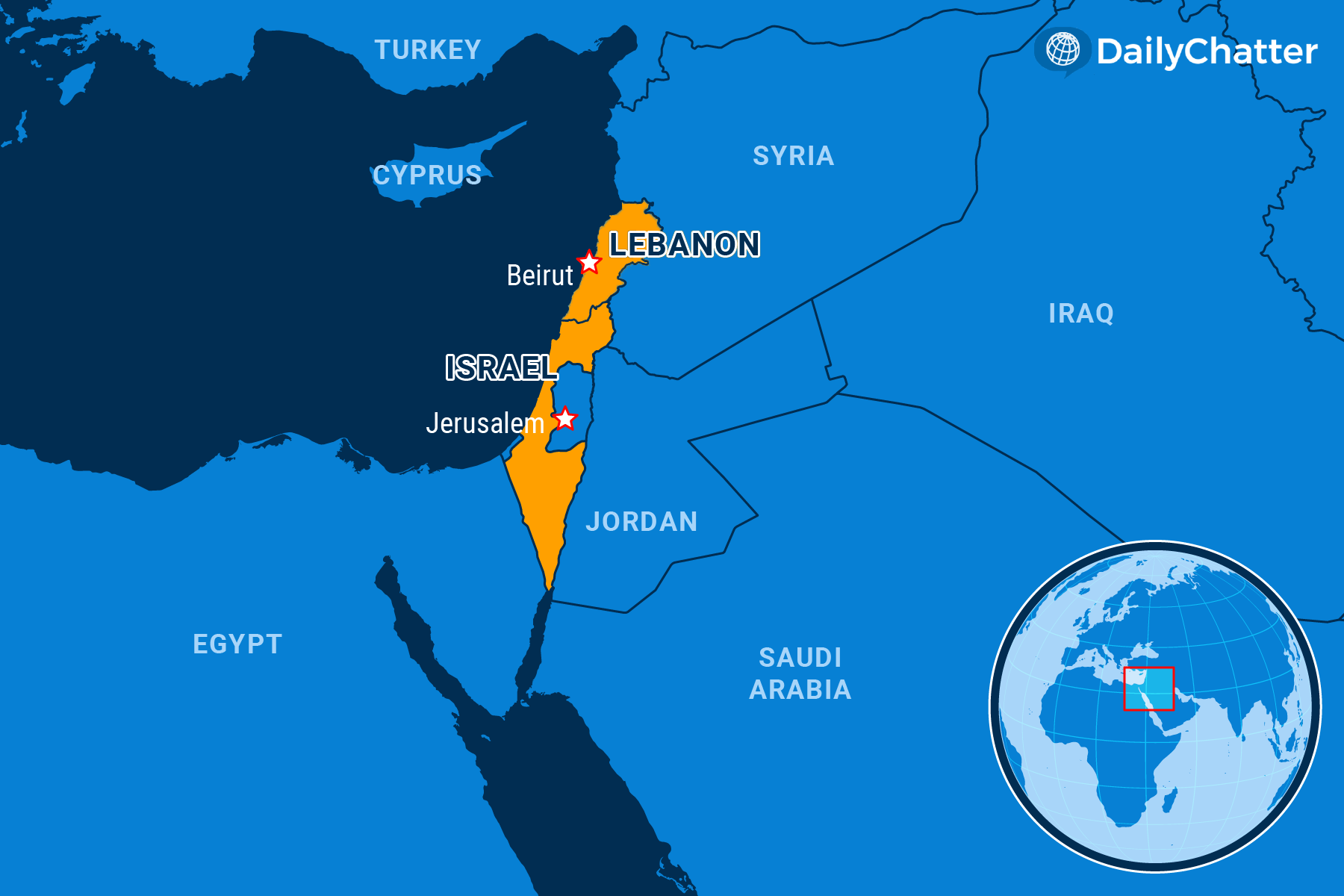 Israel and Lebanon reached an agreement on a maritime border between the two nations Tuesday, a historic deal that will allow for the exploration of natural gas and reduce the threat of a regional war, Axios reported.

The draft agreement follows years of US-mediated talks over the potentially gas-rich, 330-square-mile disputed area of the Mediterranean Sea estimated to be worth billions of dollars.

Under the pact, the two countries will agree on a maritime border between them for the first time and share royalties from an offshore gas field that straddles the boundary, Reuters added.

Israeli Prime Minister Yair Lapid said the agreement “meets all the security and economic principles laid out by Israel,” while Lebanese President Michel Aoun noted that the terms of the US proposal were satisfactory. Meanwhile, other Lebanese government officials confirmed that Iran-backed Hezbollah has also endorsed the deal.

The need for an agreement has become pressing as the Karish rig, a major Israeli gas project located south of the disputed area, is set to go online.

Analysts believe that a gas find would be beneficial for cash-strapped Lebanon and help officials fix the country’s long-standing failure to produce adequate electricity supplies for its population.

The proposal comes as Israel prepares for its Nov. 1 elections to the Knesset. Lapid intends to seek approval for the deal from his cabinet Wednesday.

Still, a number of right-wing Israeli groups appealed to the country’s supreme court against the agreement. Critics of the deal believe that it could surrender Israeli maritime rights and benefit Hezbollah. Israel is still technically at war with Lebanon.

The Indian state of Kerala hosted a “Girls Night Out” initiative this week, a campaign aimed at allowing women to experience a safe nightlife and raise awareness about the growing issue of safety in a country that was once identified as the world’s most dangerous place for women, the South China Morning Post reported Tuesday.

The four-day campaign saw a 0.3-mile stretch of state highway decorated with festive lighting and food stalls from 5:30 p.m. to 11:30 p.m. The activities included live music performances, Zumba dances and a women’s marathon.

Participants also held discussions, which saw women speaking about issues in the community, such as a lack of public toilet facilities and safe public transport.

Mathew Kuzhalnadan, a representative of the Kerala Legislative Assembly who started “Girls Night Out,” said the campaign received a positive response and showed that “the people of Kerala want a nightlife that women can also be a part of.”

Meanwhile, the initiative underscores the lack of safety women experience in India.

In 2018, global researchers on women’s issues by Thomson Reuters ranked India as the most dangerous country for women, citing a high risk of sexual violence.

Government data also shows that crimes against women increased by 13 percent in 2021 compared with the previous year, while rape saw a 19 percent rise.

Thousands of political activists in Bangladesh are facing charges of incitement with the opposition and human rights groups saying these are part of a widespread government crackdown against its critics, Al Jazeera reported Tuesday.

Bangladeshi opposition parties have been holding a series of protests across the country this year over power cuts. They are also demanding that next year’s general elections be held under a neutral, caretaker government.

But some of the demonstrations have resulted in violence: Five people have died and more than 2,000 have been injured.

Representatives of the opposition Bangladesh Nationalist Party (BNP) said police have charged more than 4,000 party supporters and leaders with “fake” charges related to the violence.

They also accused the police of failing to be a “neutral force,” saying that the authorities did not intervene when BNP rallies came under attack from members of the governing Awami League party.

Police have denied the allegations and countered that the violence was triggered by the opposition.

The human rights organization also noted that groups affiliated with the ruling party of Prime Minister Sheikh Hasina “appear to have impunity for violent attacks.”

HRW’s South Asia director Meenakshi Ganguly warned that this could set “an ominous tone for the upcoming parliamentary elections.”

Hasina’s government – which has been accused in the past of rights abuses – rejected the accusations and called HRW’s report “100 percent political propaganda.”

In December, the US sanctioned seven top Bangladeshi security personnel and the special anti-terrorism squad, the Rapid Action Battalion, for their role in hundreds of enforced disappearances and thousands of extrajudicial killings.

The government denies those charges and has defied the US sanctions: Last month, it promoted one of the sanctioned officers to the national police chief.

Israeli archaeologists recently discovered traces of opium in a number of ceramic artifacts dating to the 14th century BCE, possibly the earliest known evidence of the drug in the ancient world, Smithsonian Magazine reported.

Researchers initially found the ancient pottery vessels at a burial site in Tel Yehud, a town seven miles from Tel Aviv, in 2012. They noted that the vessels were shaped like inverted poppy flowers, the plant that produces opium.

They wrote in a new study that they found traces of the drug in eight of the artifacts, adding that some of the vessels were imported from Cyprus.

The team theorized that the opium was used during burial ceremonies and was part of some kind of end-of-life ritual. They also suggested that the narcotic could have been employed “to help the person’s spirit rise from the grave in preparation for the meeting with their relatives in the next life.”

The opium poppy is one of the oldest medicinal plants in history. Still, the authors said the findings highlight possibly the earliest evidence that the opium substance was used in the Old World.

Even so, the use of narcotics was not unusual in the ancient Levant.

In 2020, another research team identified cannabis residue on an altar at Tel Arad dating to the eighth century BCE.