Much has been written about the benefits and dangers of democracy. Some in Europe and the Americas fear that their democracy is under threat. Others say that is nonsense. Chinese leaders, meanwhile, view the US as a decadent democracy while celebrating their Communist Party-led version of the political philosophy. The European Parliament weighed into the debate recently when lawmakers declared that Hungary is no longer a democracy under the leadership of Prime Minister Viktor Orban.

In Switzerland, democracy arguably can be found in its purest form. Activists, for example, recently used the country’s referendum process to trigger a national vote on whether or not the Central European nation should spend $6.1 billion on new Lockheed Martin fighter jets, reported the Financial Times.

Some Swiss politicians believed the activists were abusing the system. But the activists received more than 100,000 signatures for their proposal, indicating their views are hardly marginal.

Critics of the fighter jet purchase said they are too expensive and would tie the neutral country too closely with the US, wrote the Associated Press. The deal’s defenders responded that they are abiding by a 2020 national referendum that called for the modernization of Switzerland’s military that passed by a slim margin. Stopping the deal now would present “grave consequences” for Swiss security, they argued.

The government was facing a pickle. Under Swiss law, officials must schedule a day for the referendum. But they were in the middle of negotiations with Lockheed. In the end, the government – this week – bypassed voters and signed a deal for the jets, with the activists backing down because they said the vote would now be a “farce,” Reuters reported.

The fact that Swiss lawmakers gave the government permission to buy the jets before the referendum took place clearly flies in the face of the democratic spirit of Swiss referendums, a risky move for any politician in a country where these types of votes are sacred.

Meanwhile, the Swiss will also vote on other matters on Sept. 25. As I am Expat explained, that imminent vote will decide whether taxes should be raised to bolster the country’s pension system for retirees and whether the retirement age for women should be raised by a year to 65 so that they are equal with men; whether to scrap a withholding tax designed to prevent tax evasion; and, lastly, whether to ban factory farming.

Polls suggested that the pension and retirement proposals would pass, the factory farming initiative was popular but losing ground to naysayers, while the withholding tax change was a toss-up, reported Reuters.

That’s a wide range of policies, from the military to the economy and ethics, that people seem just fine deciding for themselves. 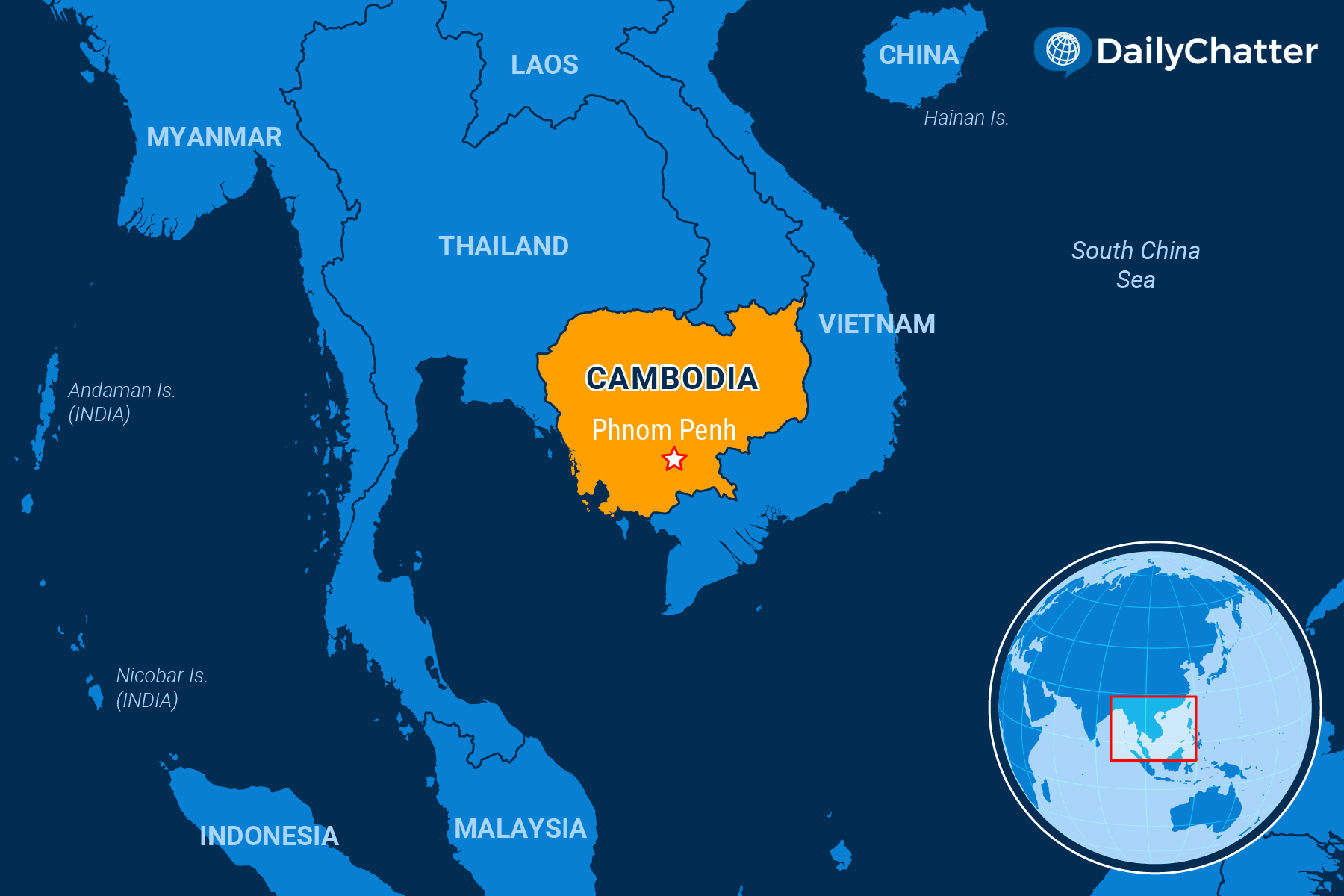 Cambodia’s UN-backed tribunal for the Khmer Rouge upheld a conviction against the former regime’s last surviving leader Thursday, in what appears to be the final judgment of the court, the Guardian reported.

The Extraordinary Chambers in the Courts of Cambodia (ECCC) rejected an appeal by the former head of state Khieu Samphan, who was found guilty in 2018 of crimes against humanity and the genocide of the ethnic Vietnamese minority in the country.

Samphan, 91, was sentenced to life in prison. He appealed the ruling, saying that the ECCC had made more than 1,800 errors in its judgment.

The court upheld the life sentence.

The verdict is the last word of the court, which has focused on punishing the perpetrators of the Khmer Rouge regime. Nearly two million people were killed under the brutal communist dictatorship through a combination of mass executions, starvation and labor camps.

By the time the dictatorship was overthrown in 1979, about a quarter of Cambodia’s population had died.

The tribunal has provided a forum for national healing as well as justice, but it has also been chastised for its slow speed, high costs, and vulnerability to meddling from Cambodia’s current government.

Many of the key perpetrators, including the infamous “Brother Number One” Pol Pot, died before they could face justice.

Formed in 1997, the court has issued three convictions, one also against Samphan and the other of Nuon Chea, who was second-in-command to Pol Pot.

Amnesty International said Thursday’s ruling “should serve as another reminder that accountability for the most serious crimes has no expiration date”. 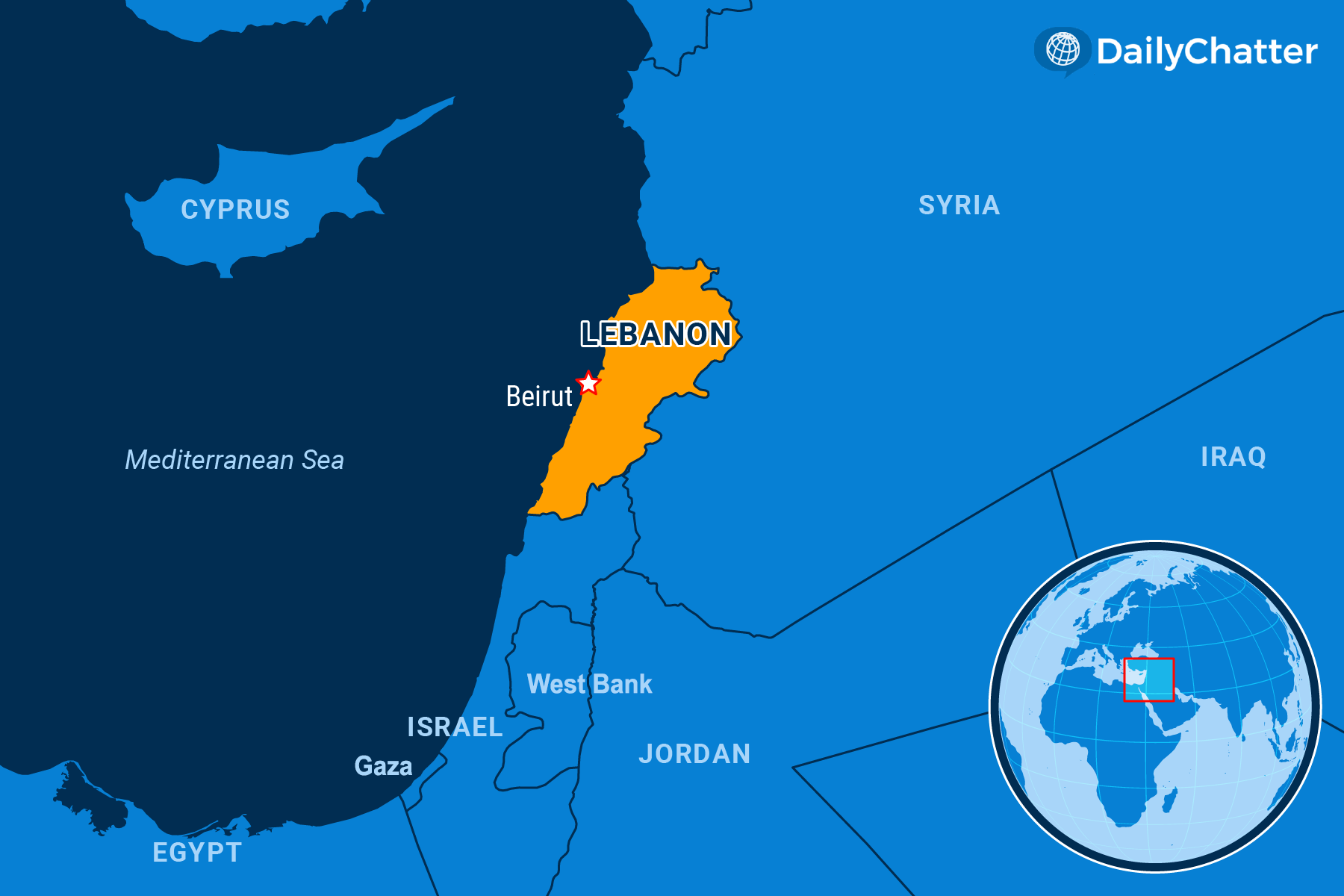 The country’s banking association said Thursday that the financial institutions would stay shut “in the absence of assurances” from the state about their security. They lamented that the decision stems from “the continued risks to bank employees and customers inside branches, and in light of the ongoing atmosphere of incitement.”

Last week, banks across the country temporarily shuttered after a spree of heists at seven bank branches. Lebanon is in the midst of a three-year financial crisis that has left many Lebanese in desperation.

At a time when three-quarters of the population is impoverished, the banking sector has frozen deposits for more than two years and placed limits on how much money can be withdrawn.

In August, a man made national headlines after he held up a Federal Bank branch and withdrew $35,000 of his own money. He was not charged with a crime and received public support.

Since then, many disgruntled customers and depositors have stormed branches brandishing guns – both real and fake – and demanded tellers hand over their money held by the bank. Five robberies took place last Friday alone.

Authorities and bank representatives have decried the hold-ups. Activists and depositors, on the other hand, contended that banks and stockholders have benefitted from the crisis and are prioritizing the banks over their clients, who have lost their savings.

The closures and ongoing economic meltdown come as Lebanon’s fractious political parties have failed to create a government four months after parliamentary elections.

Meanwhile, Lebanon has been holding talks with the International Monetary Fund over a $3 billion rescue package but negotiations have made little progress.

The election date is set to take place on Nov. 20 and comes shortly after Kazakhstan approved a series of constitutional amendments, including one extending the president’s term from five to seven years.

The November polls – which Tokayev is expected to win – will cut his current term but give him a longer second one. Even so, the constitutional amendments would bar any president from running for a second term, according to the Associated Press.

Tokayev implemented a number of reforms in Kazakhstan earlier this month, including raising the minimum wage by 17 percent and other handouts.

Analysts believe that the early polls reduce the risks of an economic downturn and a loss of public support amid geopolitical uncertainty in the post-Soviet region.

Tokayev came to power in 2019, after his predecessor Nursultan Nazarbayev stepped down and handpicked him as his successor. Nazarbayev, who had ruled the country since its independence in 1991, initially remained a powerful figure in Kazakhstan.

But Tokayev stripped Nazarbayev of his top positions following riots in January that stemmed partly from dissatisfaction with the power that the former ruler and his family still wielded.

Tokayev has further distanced himself from his predecessor and Kazakh authorities have arrested a number of Nazarbayev’s relatives and business associates. The detained individuals have returned hundreds of millions of dollars to the state which the authorities say they had gained illegally. 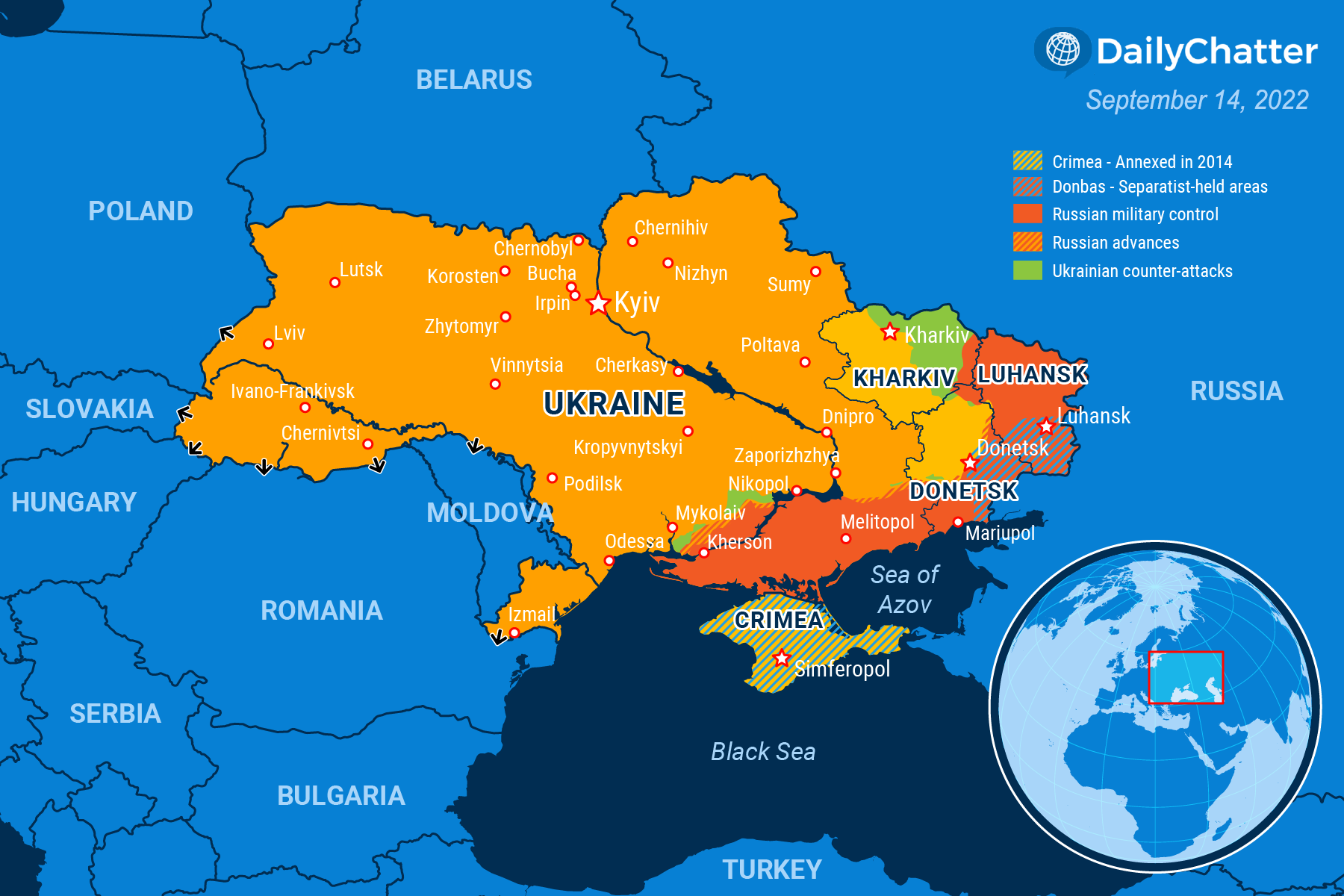 This week saw moves by Russian President Vladimir Putin to shore up the effort to bring Ukraine to its knees, actions analysts say are a sign of Russia’s desperation in the face of battlefield successes by Ukraine. For example, Putin said Wednesday he would activate some 300,000 military reservists into the country’s armed services, the Washington Post reported.

That set off protests against the president across the country with Russian authorities arresting more than 1,300 protesters. At the same time, many Russians are attempting to flee the country, even as some countries – including neighboring ones – are not offering any asylum or residence permits for those trying to leave Russia. Some, like the Baltics, are refusing entry to Russians completely.

Putin, in his speech on Wednesday, vowed again to “cleanse” Ukraine of nazis. Meanwhile, Moscow-backed officials in occupied Ukraine announced plans this week to hold “referendums” from Friday to Tuesday on the option of joining Russia. The operations signaled the moving up of the timetable to permanently conquer large portions of Ukraine.

Ukrainian President Volodymyr Zelenskyy, meanwhile, mocked Putin while unveiling a “peace formula” that includes “just punishment” for the Russian leader and those involved in crimes against Ukraine, according to Fox News. Zelenskyy, speaking at the United Nations General Assembly on Wednesday, suggested Russia be stripped of its veto power in the Security Council, while promoting his own peace plan that “punishes crime, protects life, restores security and territorial integrity, guarantees security, and provides determination.”

Zelenskyy’s speech came nearly a week after Ukrainian authorities discovered around 450 graves outside the formerly Russian-occupied city of Izium, Agence France-Presse noted. The European Union has called for the establishment of an international tribunal for war crimes to punish those responsible for the atrocities. Russia, however, denies the recent allegations, Reuters added.

In other Ukraine-Russia news:

A new study found that captive primate species, such as gorillas, bonobos and chimpanzees, experienced behavioral changes when zoos and safari parks were shuttered in 2020.

Scientists collected behavioral data between April and September 2020 and from November 2020 to January 2021, spanning multiple open and closed periods during the coronavirus pandemic.

They observed that some of the animals would become more solitary and sedentary during the closures, when they couldn’t interact with visitors. Some also exhibited more physical and sexual dominance.

However, this behavior soon changed following the return of visitors.

For example, olive baboons displayed less dominance – both sexually and physically – when visitors came back. They also would approach visitors more frequently than they had approached the ranger’s vehicle when the park was closed.

In another instance, a group of chimpanzees in the zoo would eat more and engage more when the venue reopened.

Researchers couldn’t determine whether the lockdown experiences were positive, negative or neutral for the animals. They provided different assessments as to why the primates changed their behavior when the visitors returned.

Still, they concluded that the findings provide new insights into how visitors can influence the behavior of captive primates.

“Behavioral changes and changes in enclosure use in the presence of visitors highlights the adaptability of zoo species to their environments,” said lead author Ellen Williams. “Provision of environments which enable animals to actively adapt in this manner is really important for their welfare.”