On Monday, hundreds of thousands of Britons lined up and millions more tuned in to say farewell to their queen. It was a spectacle full of pageantry befitting the reverence reserved for this beloved monarch who died this month aged 96 after serving for 70 years.

But the loss of the queen comes at a time when the UK is already at a crossroads, is being tested, is starkly divided, and now left without its unifying, stabilizing force, columnist Martin Kettle wrote in the Guardian.

“Do not underestimate the upheaval in British life that this dynastic moment will trigger,” he said. “Elizabeth II spent 70 years as a low-key but extremely effective unifying force in a nation that is visibly pulling itself apart. Her passing will remove that force…”

And as the mantle of the kingdom passes to Charles III, so too does the leadership of the country. In fact, one of Queen Elizabeth’s final acts was to accept the resignation of the scandal-plagued prime minister, Boris Johnson, and welcome his successor.

The new Prime Minister, Liz Truss, is already breaking with the past. For example, she is fielding a cabinet where either women or men of color – not white men – sit in the top four positions. Kwasi Kwarteng will be Chancellor of the Exchequer, Reuters reported. His parents hail from Ghana. James Cleverly, whose mother is from Sierra Leone, will be Foreign Secretary. Suella Braverman, the child of Kenyan and Mauritian immigrants, will serve as Home Secretary. It’s an extraordinary development in the new Conservative prime minister’s administration. Whether or not that diversity signifies any policies that might be popular among non-white Brits remains to be seen, however.

As the New York Times reported, those three ministers graduated from swanky schools, worked in prestigious law firms or served as high-level military officers. They are “typical of generations of high-achievers” in the Conservative Party, suggesting that Truss will likely be struggling to deal with the same post-Brexit problems that bedeviled her predecessors – Conservative ex-prime ministers Theresa May, Boris Johnson and David Cameron.

Since the United Kingdom left the European Union in 2020 – at around the time the Covid-19 pandemic started – life has been hard in the UK.

After controversies over lockdown-flouting garden parties and other scandals took down Johnson, for example, the most recent crisis involves skyrocketing energy rates that, as CNN explained, stem from spikes in global commodity prices, market disruptions from Russia’s invasion of Ukraine, and poor political management of the energy sector.

According to Washington Post columnist Henry Olsen, Truss has the character to tackle these problems. She wasn’t born rich like the typical Conservative, argued Olsen. But she was smart enough to get into Oxford University (like her three predecessors.)

But the typical Briton’s electricity and gas bill in October is expected to increase from around $2,270 to almost $4,100 a year, a huge spike that obviously will hurt the economy. Truss is already considering a very un-Conservative plan – to cap those bills at around $2,900, the BBC wrote.

In Conservative fashion, however, Truss also aims to slash taxes and has ruled out a windfall levy on oil companies, the Associated Press added. Her rivals in the left-wing Labour Party immediately lampooned her for trying to have things both ways: More spending and lower taxes.

Environmentalists fear that she will seek to fund her policies by unleashing more oil and gas production in the North Sea and ditching any green initiatives that might cost public money, the Guardian noted, adding that climate change deniers are also within her cabinet.

Cameron, May and Johnson faced similar impossible choices that required them to muddle through by mixing and matching conservative and progressive policies. None survived politically.

And now, Truss takes the helm untested, and also with low levels of popularity and no real mandate – she won the position by fewer than 100,000 votes and without a majority of Conservative Members of Parliament, the Washington Post wrote. At the same time, the public’s trust in government is at an all-time low.

She’s also facing forces unleashed by the queen’s death – namely the future of the 56-member British Commonwealth of Nations, with some countries murmuring about leaving, noted USA Today. Meanwhile, relations are rocky and thorny issues remain unresolved in the wake of the split with the EU, problems that have outlasted two prime ministers.

The issues facing Truss and the UK are numerous and existential. And now, the divided country will face them without its unifying, stabilizing royal force.

Iranian authorities launched a violent crackdown on protesters demonstrating over the death of a 22-year-old woman who died in the custody of the country’s “morality police,” the Washington Post reported Tuesday.

The newspaper reported that five protesters allegedly died after being fired upon by police.

The unrest began over the weekend following the death of Mahsa Amini, a Kurdish woman who was detained by the morality police last week for violating the country’s notorious hijab law, which requires women to cover their hair and wear loose-fitting clothes.

Officials said Amini was wearing a hijab that was not suitable. They added that the young woman had a heart attack and slipped into a coma while in custody, before being taken to the hospital where she died.

Amini’s family countered that their daughter was healthy, while activists said the young woman was beaten by the morality police.

Her death has sparked mass outrage over the government’s increasingly strict enforcement of ultra-conservative dress codes for women.

Mass demonstrations have swept a number of Iranian cities over the past few days with reports of protesters clashing with security forces, burning headscarves and condemning Iran’s supreme leader. Human rights organizations said at least five people have died in the clashes but the government has not confirmed any deaths.

Iranian authorities, meanwhile, have launched their own investigation.

The wearing of the hijab has been compulsory in Iran since the 1979 revolution but the current, ultra-conservative President Ebrahim Raisi has called for even stricter enforcement of the dress code in recent months.

Last month, a video surfaced showing a woman seized by Iran’s patrols being tossed from a speeding van.

This summer, some Iranian women took pictures of themselves without headscarves and posted them on social media as a protest movement against the government’s stricter hijab rules.

Army helicopters killed at least 13 people, including seven children, at a school in central Myanmar this week, the latest outbreak of violence as the country’s military junta continues its brutal crackdown against opposition movements, Reuters reported Tuesday.

Media reports said the incident occurred Friday at a school placed in a Buddhist monastery in a village in the Sagaing region.

On Tuesday, military officials confirmed that the army helicopters were conducting “a surprise inspection” in the area before being attacked by two rebel groups hiding in the monastery. They added that the two groups were using the village to transport weapons to the area.

Army representatives admitted to striking the school but rejected accusations by Myanmar’s pro-democracy shadow government that it had killed children. They also accused the two rebel groups of using children and villagers as “human shields,” CNN added.

The army has been fighting numerous opposition groups that have sprung up since last year’s military coup. In early 2021, the military ousted the civilian government of Aung San Suu Kyi and launched a brutal crackdown on opposition to its rule.

Western governments and international human rights bodies have accused Myanmar’s military of war crimes and crimes against humanity as it attempts to assert control over its people, who continue to wage a campaign of mass resistance.

According to the international non-governmental organization Save the Children, documented violent attacks on schools increased to around 190 in 2021 in Myanmar, up from 10 the previous year.

The NGO wrote in a report this month that the use of schools as bases by the military and armed groups has also increased across the country, disrupting education and endangering children. 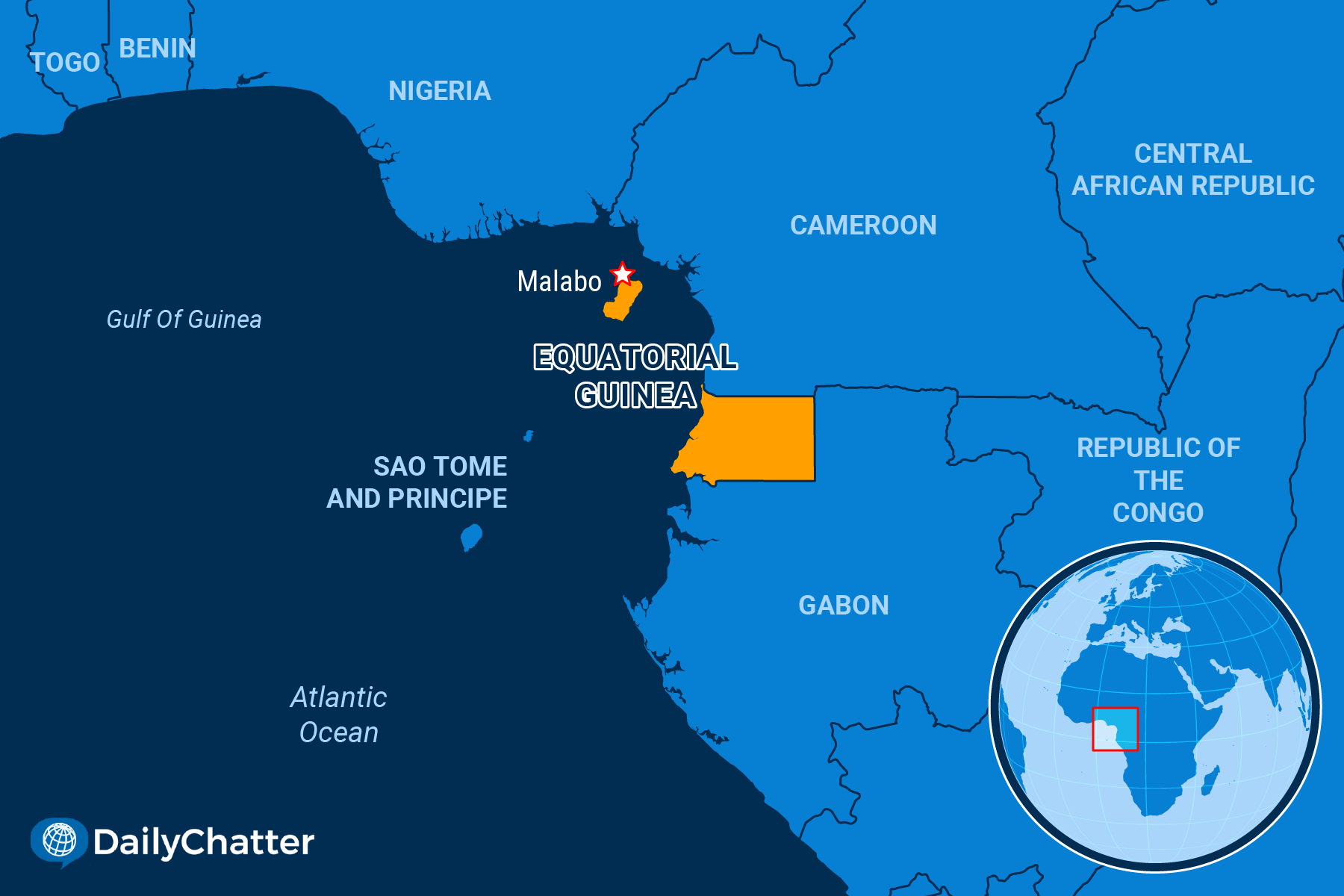 A new study uncovered the genetic development of one of humanity’s oldest parasites, the BBC’s Science Focus wrote.

For thousands of years, the human whipworm, Trichuris trichiura, has been one of the main sources of bellyaches in ancient civilizations.

The parasites live in the intestines of their hosts and can grow up to 2.8 inches in length. Once inside, the worms lay their microscopic eggs that later exit the host’s body in the feces.

New hosts are then infected by drinking water or eating food that has been contaminated with the eggs.

Such a thing was quite common in the Middle Ages: A research team recently extracted fossilized whipworm eggs from fecal matter found in Viking settlements across Denmark.

Despite being more than a thousand years old, the DNA inside the eggs was very well-preserved. The team sequenced the genomes of the eggs and compared them to the ones of contemporary samples.

Their findings showed that whipworms have been plaguing humanity for tens of thousands of years.

“Unsurprisingly, we can see that the whipworm appears to have spread from Africa to the rest of the world along with humans about 55,000 years ago, following the so-called ‘out of Africa’ hypothesis on human migration,” said co-author Christian Kapel.

Kapel explained that the study could help in creating new drugs to treat whipworm infections and prevent the parasites from spreading in the future.

Although whipworms are rare in developed nations thanks to better sanitation, over 500 million people in the developing world are at risk of infection from them.