In the universe of Marvel Comics, Wakanda is a secret kingdom in sub-Saharan Africa ruled over by the benevolent, super-powered hero, the Black Panther. In the real world, there is not one but four centers of innovation in Africa that now, incidentally, are receiving boatloads of cash as venture capitalists go looking for new sources of value.

As the World Economic Forum explained, Egypt, Kenya, Nigeria and South Africa received the lion’s share of foreign investment in recent years. It’s no secret why. They are big and growing. Nigeria’s population is on track to become the third largest in the world over the next 30 years. South Africa, Egypt and Kenya, meanwhile, are also among the largest economies on the continent.

They and other African states also need investment desperately, added Bloomberg. Africa is “underbanked,” or in need of professional financial services that fintech companies can provide. Government services are poor. Commercial sectors are undeveloped. Solar power, cooking fuel and the building up of supply chains and distribution systems are obvious areas that need improvements that such tech can deliver.

The result is that fundraising for startups in these African countries is scaling up remarkably quickly. At the top, Nigerian firms received $1.8 billion last year. They have already increased the amount they received for the first six months of this year over last year by 128 percent, TechCrunch reported. Kenya has raised $820 million in venture capital and similar funding so far in 2022, an increase of more than 420 percent compared with this time last year.

Investors are now looking to other African countries in search of better deals in less-saturated markets.

As the Economist noted, these developments are unprecedented. Less than 10 years ago, private capital wasn’t interested in Africa because, they said, it was too risky. Now demographic and technological trends are coalescing in a manner that is drawing the interests of investors far and wide.

“Africa’s population is booming,” global philanthropist Bassim Haidar told Business Insider. “The average age on the continent is under 20, and one in six of the world’s Internet users will be in Africa in 2025. Africa is fast becoming the world’s first truly digital-first society.”

That’s truly remarkable for a continent that has long had the world’s lowest literacy rates, on average.

Still, what happens next is a question that will play a role in how Africa’s place in the world evolves when its economy begins the process of tech-induced creative disruption. An increasingly tech-enabled society also gives bad actors and authoritarian governments more tools to control public discourse, the Brookings Institution warned. With its leaders-for-life syndrome, that’s a real issue.

African leaders have a chance to make a high-tech future that is better than fiction.

A Time for Justice 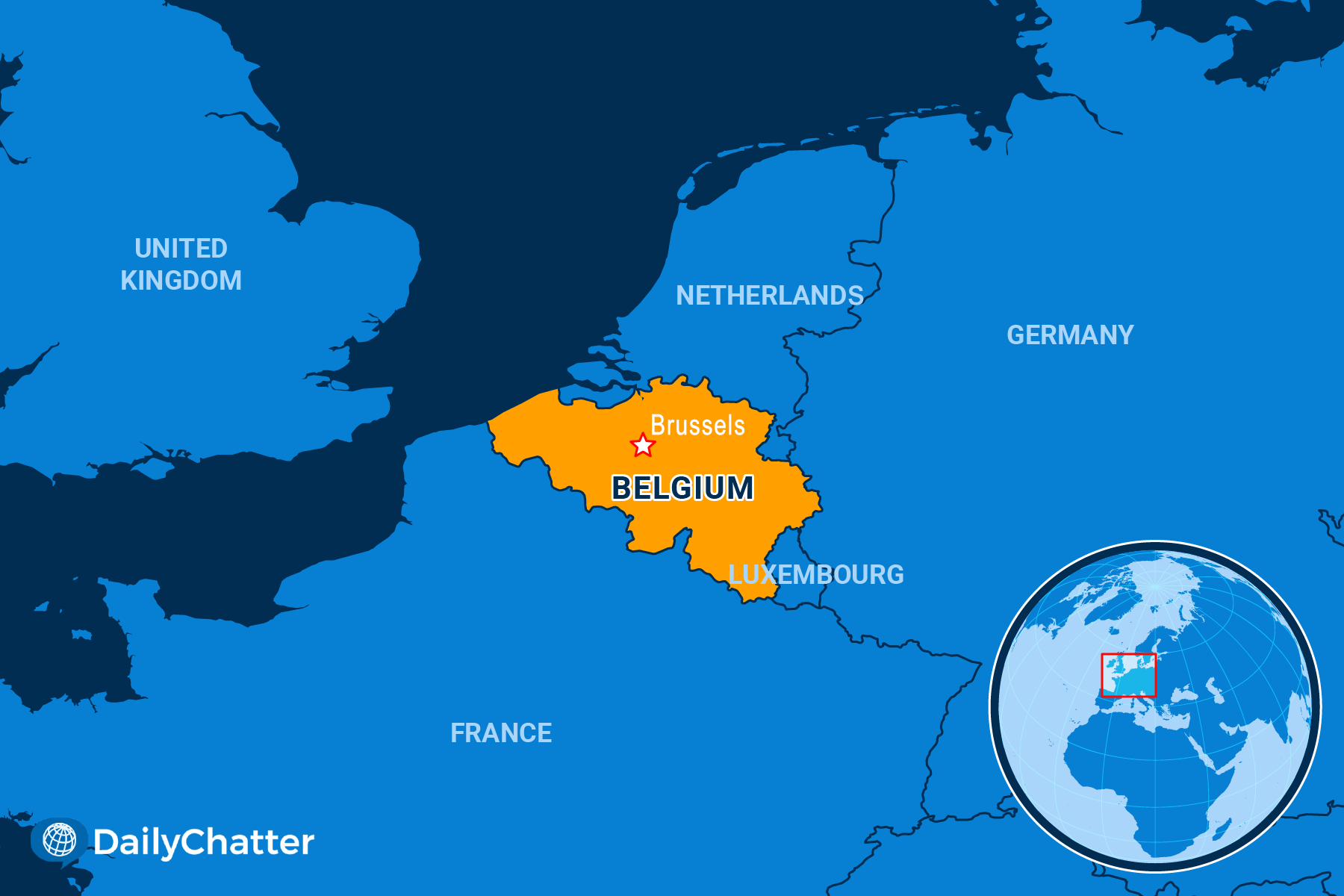 Belgium opened a landmark trial Monday that will try the perpetrators of the 2016 terror attacks in Brussels that killed 32 people and overturned the lives of 900 more, Agence France-Presse reported.

The case centers on 10 alleged Islamic State (IS) members and their involvement in the March 22, 2016 attack on Brussels airport and a crowded subway station, considered to be the deadliest peacetime attack on Belgian soil.

The defendants face a slew of charges, including murder, attempted murder and membership in the activities of “a terrorist group.” They face sentences of up to 30 years, according to the Associated Press.

Among the accused is Salah Abdeslam, the sole survivor of the IS cell that struck the French capital in November 2015 and killed 130 people. Abdeslam has already been convicted in France and sentenced to life for his role in the Paris attacks.

The trial will be the largest ever held before a Belgian jury, with 960 plaintiffs testifying in the special high-security court set up in the sprawling former headquarters of NATO.

Uganda paid the first installment of $325 million in war reparations to the neighboring Democratic Republic of the Congo (DRC) this week, which is compensation for losses caused by wars in the 1990s when Ugandan troops occupied Congolese territory, Reuters reported Monday.

Officials from both countries confirmed that the $65 million installment was paid at the beginning of the month. The payment is one of five annual installments Uganda has pledged to pay the DRC as part of a compensation scheme set up by the International Court of Justice (ICJ).

The issue of war reparations began in 1999 when the DRC asked the court to order Uganda to pay $11 billion in compensation for the killings, looting and general economic damage caused by Ugandan troops occupying eastern parts of Congo in the 1990s.

Ugandan soldiers had been fighting rebels in the DRC for three years before crossing back to Uganda in 2001.

In 2005, the ICJ ruled that Uganda had violated international law by occupying parts of the DRC and supporting other armed militias during the 1998-2003 conflict. Initially, the court ordered the two parties to negotiate reparations between themselves, but eventually stepped in after the DRC told the ICJ that talks had stalled.

The court also broke down the compensation into different categories: It assessed $225 million to be paid for the “loss of life and other damage to persons,” including rape, the recruitment of child soldiers and the displacement of nearly half a million people.

Mexican lawmakers passed a bill this week that would transfer the control of the civilian-led National Guard to the military, a move that many critics warn will give the army too much power and lead to abuses, Al Jazeera reported.

On Friday, the country’s upper house approved the bill after it was passed in the lower house of Congress. López Obrador is expected to sign it into law.

Formed in 2019, the National Guard was created under a constitutional reform package that placed it under civilian control. Its formation was part of the populist president’s pledge to take the army off the streets and increase security in Mexico, which has seen record levels of violence in recent years.

But both the military and the National Guard – largely filled with members of the army and marines – have come under intense scrutiny over alleged human rights abuses.

Following the vote, many human rights groups criticized the decision, saying that removing civilian control over the National Guard could lead to further violations. Opposition politicians said they will appeal the legislation in court.

The issue also prompted a reaction from the United Nations Human Rights Office, which cautioned that “the reforms effectively leave Mexico without a civilian police force at the federal level, and further consolidate the already prominent role of the armed forces in security in Mexico.”

López Obrador dismissed the accusations. He has previously defended increased militarization of public security, saying the National Guard must be under military command to prevent corruption.

His shifting stance is indicative of how the president has become increasingly reliant on the army for certain tasks, including fighting crime and building infrastructure projects.

The Sickle and the Padlock

Located near the village of Pien, in southeastern Poland, the alleged vampire was found buried with a sickle across her throat and a padlock wrapped around her toe.

Archaeologist Dariusz Poliński said the burial was very common for the time: The sickle was placed “in such a way that if the deceased had tried to get up… the head would have been cut off or injured,” he noted.

He added that the padlock symbolized “the impossibility of returning.”

Poliński and his colleagues did not note the age of the woman but suggested that she was of high social status after finding a silk cap on her skull.

The discovery comes seven years after another archaeological team found the remains of five other presumed vampires in the town of Drawsko, 130 miles away.

The burial also underscores the superstitious methods that ancient Eastern Europeans used to deal with the supernatural.

The fear of vampirism emerged around the 11th century, when Eastern Europeans worried that “some people who died would claw their way out of the grave as blood-sucking monsters that terrorized the living,” according to Smithsonian Magazine.

By the 17th century, these strange burial practices became common across Poland over alleged outbreaks of these mythical bloodsuckers.

It isn’t clear how the accused were classified as “vampires”, but the methods to get rid of them were extremely brutal.

“Other ways to protect against the return of the dead include cutting off the head or legs, placing the deceased face down to bite into the ground, burning them, and smashing them with a stone,” Poliński said.