Not a drop of rain has fallen this summer on the reservoir in Sau, a town in Spain around 65 miles north of Barcelona. Now, as Vice reported, the entire Santa Romà de Sau Church is exposed as if the reservoir had never submerged it decades ago. So-called “hunger stones,” or markers of past droughts, as well as sunken ships and other relics of the past such as ordinances from World War II have been showing up in dried-up rivers throughout the continent, added BuzzFeed News.

The drought, the worst in Europe in 500 years, has hit many other parts of the world hard. More than 60 percent of Europe is under drought warnings or alerts. But, spurred by climate change, it’s also coming at the same time that European leaders are grappling with how to cut back on importing Russian gas – the energy that emits the same greenhouse gas emissions that have helped create the problem in the first place, adding a sense of urgency to the changes that the drought might bring.

In France, the country’s storied agricultural regions are grappling with rationing, CNN reported. Mustard, for example, has all but disappeared in shops as customers fight over remaining jars.

In major French cities, shops that use air conditioning must now make sure their doors are closed or face $750 fines, even though electricity is cheap due to the county’s robust nuclear power infrastructure, the Guardian added.

In Germany, the water levels of the Rhine River, one of the most important industrial lifelines in the world, are so low that even empty vessels can no longer navigate them, Reuters wrote. The crisis is extending the supply chain problems that have wreaked havoc on the global economy in the post-pandemic era.

Meanwhile, the lights on landmarks in Berlin are dimmed or turned off in the evenings, noted Euronews.

The implications are not just economic. Writing in a Bloomberg opinion column University of Georgia historian Stephen Mihm warned that environmental upheaval usually leads to social disruptions, too, as resources dwindle and costs skyrocket. He cited records showing how drought – and consequent privation and malnourishment – caused headaches for Roman emperors, and worsened the Black Death.

Europeans are already asking if the drought could affect the continent’s cost-of-living crisis, for instance, added Al Jazeera.

Proposals to cut Russian gas consumption in Europe dovetail nicely with politicians seeking ways to respond to the crisis. The EU, which obtains around 40 percent of its gas from Russia, aims to cut that consumption by two-thirds within a year. By 2030, European officials aim to be free from all Russian fossil fuels entirely, the BBC wrote.

It’s not clear how that reduction will be possible: Wired magazine believes it is – if Europeans can tolerate big sacrifices – though importing more American natural gas might ultimately be the answer, according to the Atlantic Council.

Will those efforts help with the drought today? Not at all. Will they help years from now? Maybe. 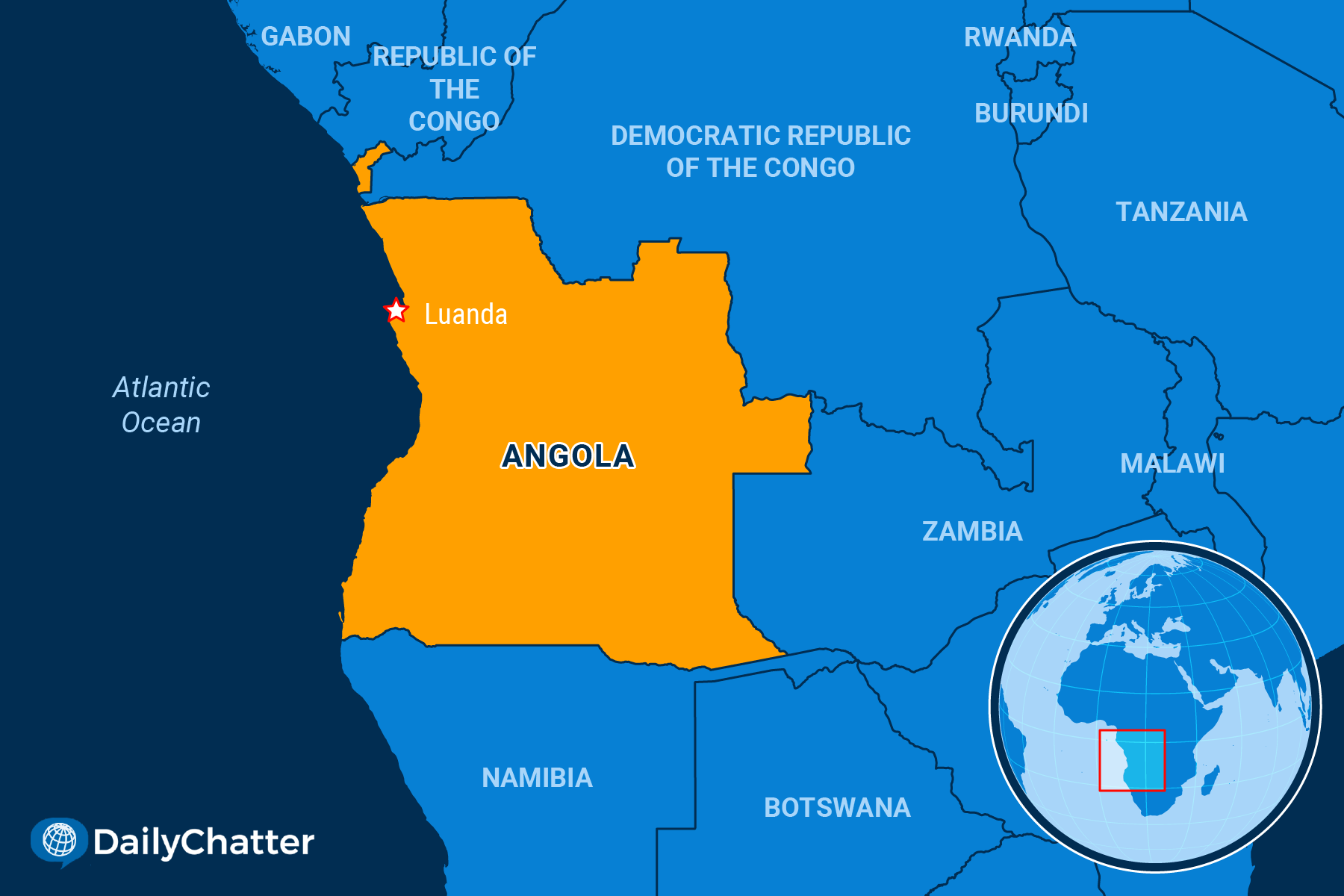 Angola’s ruling party is set to win this week’s national elections, a victory that would extend its continuous rule since the country’s independence from Portugal in 1975, Reuters reported Thursday.

If the ratio of the votes remains as they are, the win would give incumbent President Joao Lourenco a second five-year term.

However, UNITA representatives previously claimed they were likely the true victors. They questioned whether the announced results were “the real ones.” raising concerns of potential post-election violence.

The government deployed about 80,000 police officers across the country to prevent possible unrest.

The two parties have been rivals since before Angola gained independence and went on to sporadically wage a civil war for more than 25 years, in which hundreds of thousands of people were killed.

Political analysts noted that even if UNITA lost, this was the MPLA’s worst result yet. They added that many young voters in the capital, Luanda, voted in favor of UNITA – which even MPLA officials acknowledged as a “significant defeat.”

The recent polls come amid growing resentment among young Angolans toward the MPLA for being excluded from the benefits of their nation’s oil-fueled booms.

The southern African country is the second-biggest oil producer on the continent. Still, half of the population remains poor despite rapid economic growth caused by oil exports.

A tropical storm forced schools in the northern Philippines to shutter their doors this week, shortly after students around the country returned to in-person classes following two years of COVID-19 lockdown and Zoom-based class sessions, CNN reported.

Tropical storm Ma On – known as “Florita” in the Philippines – made landfall in the Isabela province Tuesday morning, prompting authorities to issue warnings of widespread flooding and landslides.

The closures came just one day after millions of children across the Philippines had returned to primary and secondary schools for the first time since the coronavirus pandemic hit two years ago.

The country was one of the worst hit by the pandemic in Southeast Asia, prompting then-President Rodrigo Duterte to impose one of the world’s longest lockdowns and school closures.

Out of fear of new outbreaks, he refused calls to reopen in-person classes during his six-year term, which ended on June 30.

While his decision may have prevented further outbreaks, it sparked fears that literacy rates among Filipino children – which already had reached alarming levels before the pandemic – would worsen, Al Jazeera noted.

According to a 2021 World Bank study, nine out of ten children suffered from the inability to read and understand simple stories, also known as ‘learning poverty’. Additionally, there is a growing fear that the two-year lockdown has made children lose interest in learning.

Still, the UN agency for children (UNICEF) welcomed the reopening as a “great step in the right direction.”

Back In The Storm

Fighting erupted between Ethiopian forces and rebels of the northern Tigray region this week, ending a months-long ceasefire amid a worsening humanitarian situation in Africa’s second-most-populous country, the Washington Post reported.

The Ethiopian government and the Tigray People’s Liberation Front (TPLF) confirmed in separate statements that clashes had resumed, with each side blaming the other for the renewed violence.

The civil conflict began in the fall of 2020 after Tigrayans held their own elections in defiance of Prime Minister Abiy Ahmed. The prime minister later launched a military offensive after TPLF forces attacked an Ethiopian military base in Tigray.

Since the war began, thousands have been killed and millions displaced.

In March, the government had declared a truce to allow more humanitarian aid to reach Tigray, but the situation for civilians there remains severe.

According to a World Food Program report released this month, nearly half of Tigray’s 5.5-million population are in “severe” need of food, with malnutrition rates anticipated to rise until the October harvest.

The war has also been marked by allegations of atrocities on both sides: A report by the United Nations last year said that the warring parties had “committed violations of international human rights, humanitarian and refugee law, some of which may amount to war crimes and crimes against humanity.”

Meanwhile, Tigray’s communication and financial facilities have been severed for more than a year, and journalists’ access within the country has been restricted, making it difficult to gauge the scope of the situation.

Human empathy can extend to inanimate things, according to a new study.

Anthropomorphism – attributing human characteristics to objects or other living things – is a common marketing tool for food products: For example, M&Ms, Kool-Aid Man and gingerbread men.

But Schroll noticed that while consumers like to buy these products, they are hesitant to munch on them. However, that was not the case with “cold-hearted” people who lack empathy or remorse when devouring a smiling gingerbread man.

In a new paper, he looked at five studies testing people’s response to food depicted as human.

Three studies that focused on advertising anthropomorphized apples and regular ones showed that participants reported a lower desire to eat a fruit with human features. “Cold-hearted” people, on the other hand, didn’t care.

He observed the same results when consumers were offered M&Ms customized with and without human facial features.

“By humanizing a food product, we grant it the capacity to feel (pain),” said Schroll. “Consequently, consumers don’t like to eat such a product because eating it seems immoral.”

The findings suggest that companies may have to rethink their marketing strategies.