The houseboats of the Nile River in Egypt have a storied past.

Many believe the pharaohs used them thousands of years ago for long river voyages, the BBC explained, while in the 19th and 20th centuries Ottoman and British military leaders used them as bases. And for decades, artists and intellectuals have created their works aboard them. Egyptian writer and Nobel laureate Naguib Mahfouz even wrote a book that features one of these “awamat,” an Arabic term for “floating.”

Unfortunately, these relics of the past are getting in the way of the future, local officials believe.

Cairo officials recently issued demolition orders for the 30 or so vessels, saying they have no permits, are unsafe and detrimental to the river’s health, the New York Times reported. The officials didn’t discuss their plans for the waterfront. But houseboat owners believed that they want to install floating restaurants and other money-making ventures in place of the homes as part of plans to modernize the city and encourage commerce.

Already, at least half have been destroyed or towed away for scrap.

Meanwhile, other critics of modernization plans say that officials have also bulldozed an ancient cemetery, historic gardens, old neighborhoods and other sites in the interest of growth when they should have been preserved, wrote Outlook, an Indian news magazine. Thousands of people have been forcibly moved to make way for new tourist facilities, business development and other infrastructure improvements in Cairo in recent years, added the Africa Report.

The Egyptian government doesn’t appear prepared to pay the vessels’ owners for their loss, either according to the Washington Post. Indeed, one owner, Egyptian writer Ahdaf Soueif, who raised her children on her boat, now owes $48,000 in back fees. She didn’t pay these earlier in protest against massive hikes in mooring fees, and because the many lawyers she had hired told her that she wasn’t going to be able to keep her floating home under any circumstances. “Everyone, and I mean all Arabs, know at least one iconic movie scene that was set in a houseboat,” Soueif told the newspaper.

To be sure, it’s not hard to argue that Egypt needs to take radical action to reform and expand its economy. It was already in dire straits since the 2011 Arab Spring and subsequent terror attacks hurt the tourism sector. And more recently, as Reuters noted, the coronavirus pandemic has suppressed growth, followed by the Russia-Ukraine war stoking inflation and causing energy and food prices to skyrocket, severely hurting the country.

Growth is set to resume but, as Bloomberg noted, the International Monetary Fund is seeking more reforms in the corrupt, autocratic country if Egyptian President Abdel-Fattah El-Sissi expects to receive a loan to help finance his many economic development plans.

Wrecking some of the country’s most charming treasures in the interest of prosperity just doesn’t seem right to many. But, for better or for worse, progress often looks that way in the near term. 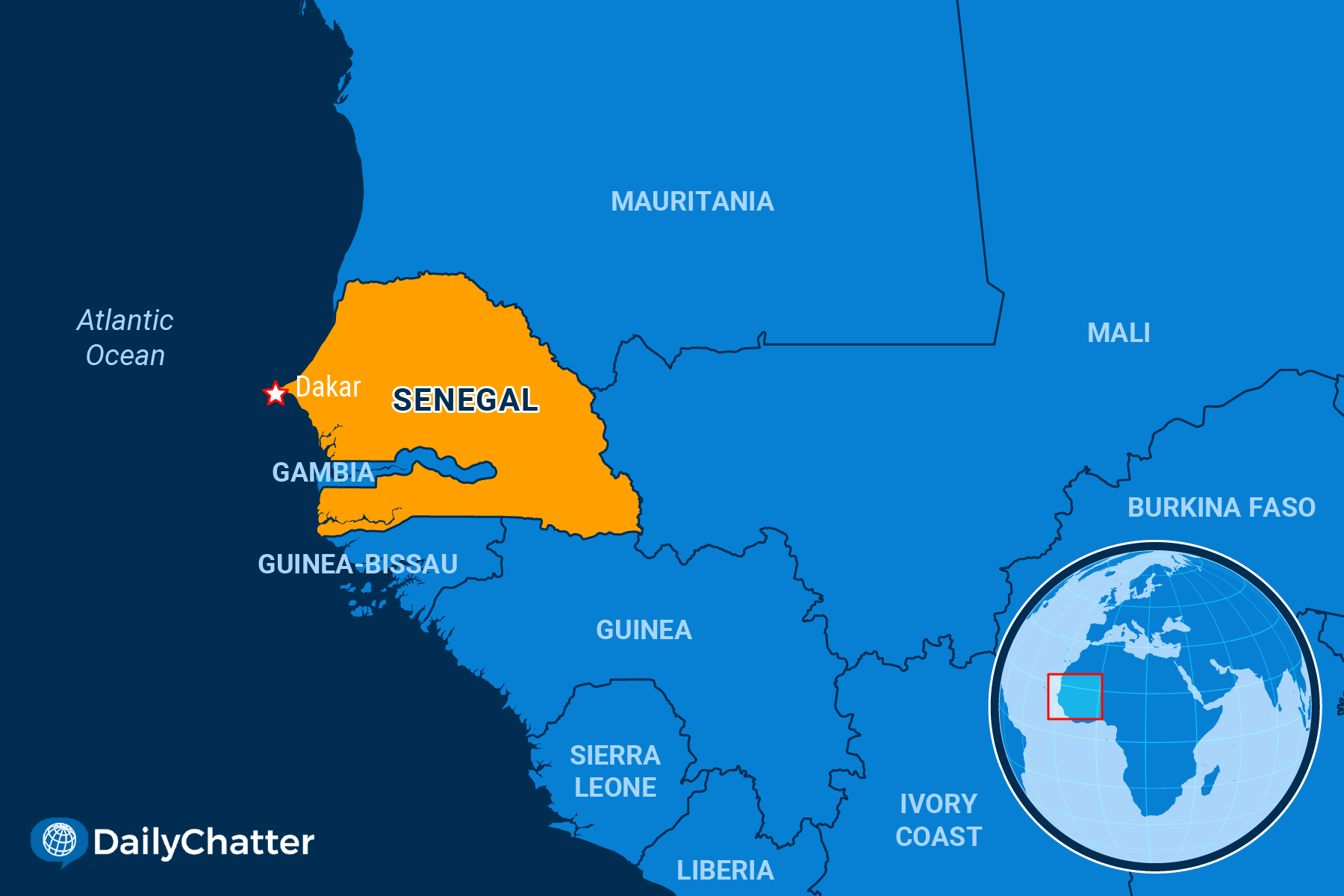 Senegalese voters cast their ballots this week in parliamentary elections, a highly-anticipated vote that opposition parties are hoping to win to prevent President Macky Sall from running again in the 2024 presidential elections, the Associated Press reported Monday.

Voters are choosing 165 lawmakers. Results are expected later this week, according to Senegal’s election authority.

Even so, Sall’s ruling coalition declared victory in 30 of 46 electoral districts, giving it a majority over the opposition. Coalition leader Benno Bokk Yaakar said the information is “precise, accurate, fair and not invented,” with wins in Senegal’s North, West and Central areas.

But the opposition quickly denounced the claims, saying that it had won the elections and called on the country’s youth to mobilize in order to “preserve their victory.”

The opposition is seeking to oust Sall’s coalition and prevent him from running for a third term in the upcoming presidential polls.

The elections come at a tense political moment in Senegal, a West African country that is considered stable in a region plagued by coups and tyrants’ end-runs around term limits.

Nevertheless, last year, protests against the arrest of Sall’s main opponent, Ousmane Sonko, over rape allegations which he has denied, descended into violence that led to over a dozen deaths.

Since then, Sonko and another of Sall’s opponents were disqualified as presidential candidates, causing widespread outrage and protests resulting in the deaths of three people in June this year.

Kosovo’s government delayed the implementation of new border rules for ethnic Serbs living in the country’s north, following a series of protests that risked flaring up ethnic tensions in the small Balkan nation, Euronews reported Monday.

Ethnic Serbs blocked traffic at two border crossings between Serbia and Kosovo on Sunday, prompting authorities to close them. Police said there were shots fired but no injuries were reported.

The unrest began after the government in Pristina announced new rules that would require ethnic Serbs to replace their Serbian license plates with ones from Kosovo. The government also said that all Serbian citizens visiting Kosovo must get an extra document at the border to permit them to enter the country.

Following the weekend tensions and meetings with EU and US diplomats, Kosovo said it would grant Serbs a 60-day transitional period to get Kosovo license plates. Meanwhile, the extra document requirement for Serbian citizens will take effect on Sept. 1.

The recent flare-up highlights ongoing tensions between ethnic Serbs living in northern Kosovo and the ethnic Albanian majority in the country.

More than 50,000 Serbs continue to use number plates and documents issued by Serbian authorities, even though Kosovo declared its independence from Serbia in 2008.

More than 100 countries have recognized Kosovo’s independence – but not Serbia nor Russia.

Algeria will begin teaching English in primary school, a major change in the Francophone country that underscores its efforts to move away from its colonial past, the National reported Monday.

President Abdelmadjid Tebboune announced the change following growing demands and campaigns from academics and students to start teaching English earlier, arguing that English is the language of medical and engineering courses at university.

Algeria’s official languages are Arabic and Tamazight, but French is commonly spoken in homes and institutions.

The current curriculum offers English to secondary students from the age of 14, five years after they start learning French.

Tebboune added that the changes are necessary to shed Algeria’s painful past: The North African country was a French colony for more than 130 years and only gained its independence in 1962 following a bloody eight-year war that killed between 400,000 and a million Algerians.

The proposed changes have been discussed for years in Algeria, where the use of French in society has become a sensitive topic in recent decades.

In the 1990s, the government proposed allowing parents to choose whether their children learned French or English when in junior high school. But the proposal was quashed by the pro-France lobby in the government and resulted in the firing of the education minister.

They explained in their study that the peculiar black hole was born from a star that disappeared without any sign of a powerful explosion. Usually, stellar-mass black holes form when massive stars die and collapse under their own gravity, but one found in the absence of any trace of an explosion is like “a needle in a haystack,” researchers said.

Named VFTS 243, the rare black hole is located in the Tarantula Nebula, part of the Large Magellanic Cloud, our nearest galactic neighbor.

It is at least nine times the mass of our Sun and orbits around a hot, blue star weighing 25 times the Sun’s mass, which makes it part of a binary system, the researchers explained.

Unlike the usual suspects, dormant black holes do not emit high levels of X-ray radiation, which is normally how they are detected.

“It is incredible that we hardly know of any dormant black holes, given how common astronomers believe them to be,” said co-author Pablo Marchant.

The study was conducted by a group of astronomers called the “black hole police,” known for constantly debunking new discoveries of gravitational singularities.

“For the first time, our team got together to report on a black hole discovery, instead of rejecting one,” said lead author Tomer Shenar.

Shenar and his team said the find has “enormous implications for the origin of black hole mergers in the cosmos.”

They hope it will help other astronomers discover similar stellar-mass black holes orbiting massive stars: They believe thousands exist both in our galaxy and the Magellanic Clouds.