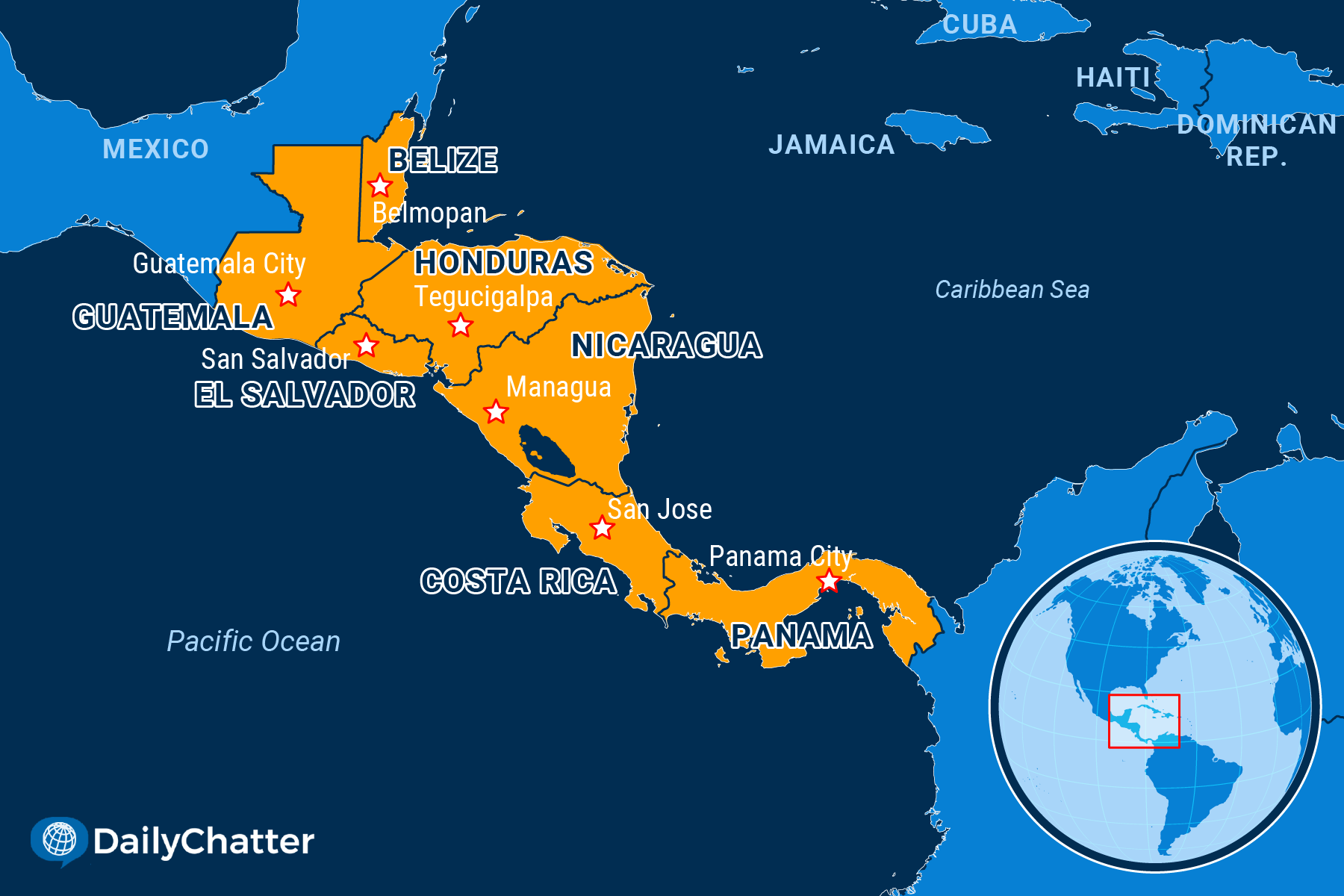 Fernando José Redondo Caballero, 19, and Alejandro Miguel Andino Caballero, 22, could “barely contain their excitement” about migrating from Honduras to the United States, the Daily News wrote. One had almost completed his degree in business. The other had an economics degree. Yet neither could find jobs or career opportunities in their Central American country.

Both were found recently among 53 dead migrants in a hot tractor-trailer without air conditioning or water in Texas. American authorities have charged four men with “alien smuggling resulting in death,” as the US Attorney’s Office in the Western District of Texas said. The smugglers have a history of drug use and problems with the law, the Texas Tribune added.

The gruesome episode highlights how the Central American migrant crisis is still hot.

Almost half of all Hondurans want to leave their country in order to find better economic opportunities and governments where officials respect human rights and aren’t corrupt, according to a World Justice Product poll cited in Border Reports. The poll described bribes as being necessary to obtain government services like birth certificates or a seat in a public school, for example.

It is no different in El Salvador, Guatemala and Nicaragua, where economic conditions, gang violence and environmental disasters worsened during the pandemic, forcing some to take on a long and perilous journey north, the BBC reported.

Meanwhile, in May, the US saw the largest number of migrants arrested or encountered along the southern border since officials began counting in 2000, statistics released by the border agency showed.

Speaking to the Guardian, Maria Rodriguez, whose name was changed to protect her identity, said gangs in the Honduran capital of Tegucigalpa pushed her out of her home after killing her sister. She didn’t understand why they targeted her, just that they had decided that they wanted her property and law enforcement was too corrupt or inept to help.

In a letter to Honduran President Xiomara Castro, who assumed office earlier this year, Human Rights Watch recently called on the government to launch a series of reforms to improve human rights in the country. Castro, incidentally, is the wife of Manuel Zelaya, who was president until the military ousted him in a US-backed coup in 2009. She won in late 2021 on a platform of social justice and transparency, the BBC reported.

Lingering corruption and higher energy and food prices have made Castro’s job tough, however, noted Americas Quarterly. Ditto for the more dictatorial leaders of Nicaragua and El Salvador.

But Castro and others in the region will have to do a lot more to stop the caravans heading north.

Enemy of My Enemy…

Iran will send hundreds of weapons-capable drones to Russia to aid Moscow’s invasion of Ukraine, according to US officials, underscoring a deepening alliance that will be punctuated next week when Russian President Vladimir Putin visits Tehran, the Guardian reported Tuesday.

US intelligence officials also said Iran is preparing to train Russian troops to use these unmanned aerial vehicles (UAVs) “as soon as early July.” Officials added that these drones have been used by Iran-backed Houthi rebels in Yemen to attack Saudi Arabia.

Drones have played a significant role in the Ukraine conflict, with both Russian and Ukrainian forces using them for strikes and reconnaissance missions.

Ukraine’s military has had remarkable success using Turkish-made Bayraktar armed combat UAVs, while the United States and other allies have provided Kyiv with a variety of smaller drones.

The announcement comes as Putin prepares to hold talks with his Turkish and Iranian counterparts as part of the so-called “Astana peace process” to end more than 11 years of conflict in Syria, Al Jazeera noted.

Iran has continuously expressed readiness to sign long-term economic deals with Russian businesses, which have been hit hard by Western sanctions following the start of the Ukrainian war in February.

India will overtake China as the world’s most populated country next year, according to a United Nations report released this week, CNBC reported.

Released Monday on World Population Day, the report said that both Asian nations were each home to at least 1.4 billion people in 2022 but India’s population will surpass China’s sometime in 2023.

The projections also show that China’s population is expected to decline as early as next year and could drop to 1.3 billion by 2050, according to USA Today.

The milestone underscores how the need for resources will become a pressing point for India to power its large economy. Amid a global energy crisis, the country has increased its usage of coal, reaching “a record high” in coal imports in June.

India and China are the world’s biggest consumers of coal. The two countries pushed for a last-minute change of fossil-fuel language during the UN Climate Conference in Glasgow last year – from a “phase out” of coal to a “phase down.”

Meanwhile, the UN report also noted that the world’s population will reach the eight-billion mark in mid-November “from an estimated 2.5 billion people in 1950.”

Last year, that figure was 2.3 births per female.

Tens of thousands of people commemorated the anniversary of the 1995 Srebrenica massacre this week, the largest gathering to date, the Associated Press reported.

Leaders, diplomats and other foreign dignitaries marked July 11 as the 27th anniversary of the massacre, considered Europe’s only acknowledged genocide since the Holocaust.

The remains of 50 newly-identified victims were also laid to rest during the anniversary, joining more than 6,600 people already reburied at a memorial cemetery at the entrance to Srebrenica.

The Srebrenica killings were the horrific climax of the Bosnian conflict, which began after Yugoslavia’s disintegration unleashed nationalistic sentiments and territorial aspirations that pitted Bosnian Serbs against the country’s two other major ethnic factions, Croats and Bosniaks.

In July 1995, Bosnian Serbs overran the United Nations-protected safe haven, separating more than 8,000 Bosniak men and boys from their mothers, sisters and wives. The Bosnian Serb forces then chased the victims through the woods near the town and eventually killed them.

The perpetrators buried the victims in mass graves, which were later dug up with bulldozers to scatter the remains among various burial sites to conceal the evidence of their war crimes – causing half-decomposed cadavers to be ripped apart in the process.

Twenty-seven years later, body parts are continually being discovered in mass graves around Srebrenica and are being reassembled and identified using DNA analysis.

During Monday’s ceremony, Dutch Defense Minister Kajsa Ollongren apologized to the Srebrenica survivors for the Dutch peacekeepers’ failure to prevent the 1995 massacre.

Following the Bosnian war, a special UN war crimes tribunal and courts in the Balkans have sentenced nearly 50 Bosnian Serb wartime officials – including their wartime leader Radovan Karadzic and his military commander, Ratko Mladic – to more than 700 years in prison for the Srebrenica killings.

Despite the overwhelming evidence of genocide, many Serb leaders in Bosnia and neighboring Serbia continue to downplay the massacre – or even deny it – and celebrate Karadzic and Mladic as heroes.

Beachgoers will have to keep an eye out this summer because sharks are coming around more than ever, Popular Science reported.

The reason? Sharks actually like to live around populated coastal areas and cities, regardless of the presence of humans, scientists said in a new study.

A research team tracked the movement of three species – great hammerheads, bull sharks and nurse sharks – in and around Florida’s Biscayne Bay between 2015 and 2019.

The findings showed that the apex predators preferred to hang around this area despite the number of stressors, including pollution from power plants and boat traffic.

The team said the results were very surprising because most terrestrial animals, such as bears and coyotes, avoid urban areas. But sharks are “urban adapters” and have no problem swimming in populated regions, even during increased human activity in the summer season.

Researchers specifically noted that a series of factors influence the marine creature’s choice: Among them are the nutrient runoffs from sewer discharge and discarded fish carcasses dumped by fishermen in the area.

But the authors cautioned that this change of location could be detrimental to the fish species, because populated areas can be very polluted and have poor water quality.

Even so, the tracking of sharks could help authorities advise swimmers and isolate areas where the predators hang out.