The Book of Executioners

Ukrainian prosecutors claim that Russian forces have committed more than 15,000 war crimes while waging Russian President Vladimir Putin’s war to push back against Western influence and reconstitute the Russian-Soviet empire, Sky News reported recently. That’s a rate of as many as 300 per day in fighting that started in late February.

The alleged crimes include torture, civilian deaths, the destruction of civilian infrastructure and the forced kidnapping – and deportation – of Ukrainians, including children.

Ukrainians are obviously biased in assessing Russia’s misdeeds, and also face their own accusations of war crimes against Russian soldiers, noted France’s Le Monde newspaper. But Amnesty International has also said that Russia has committed war crimes. In the northeastern Ukrainian city of Kharkiv, for example, the human rights group accused Russian forces of using banned cluster bombs on civilians, the organization detailed in a report.

“The repeated use of widely banned cluster munitions is shocking, and a further indication of utter disregard for civilian lives,” Amnesty International Senior Crisis Response Adviser Donatella Rovera told Al Jazeera. “The Russian forces responsible for these horrific attacks must be held accountable for their actions, and victims and their families must receive full reparations.”

Among the worst episodes involved the horrors of Bucha, a suburb of the Ukrainian capital of Kyiv that Russian forces once occupied. Investigators had already discovered more than 1,300 civilians buried in mass graves in the town. Recently, the Associated Press wrote, investigators also found civilian corpses with gunshots to the knees and hands taped behind their backs, signifying they had been questioned and tortured.

Ukraine is creating a “Book of Executioners” where officials gather evidence of these crimes, the Australian Broadcasting Corporation added. The book will list the names of hundreds of alleged perpetrators for prosecutors and historians.

What’s truly remarkable about that is timing: Most prosecutions for war crimes take place years after the start of a conflict, such as in Sierra Leone or Bosnia and Herzegovina, to name a few.

Meanwhile, gathering evidence for such prosecutions is no easy task, either. As National Public Radio explained, investigators are listening to the horrifying tales of survivors, picking over dead bodies, rubble and the charred remains of people’s lives. They said Russian soldiers appeared to have become more sadistic when they realized they were losing their campaign to seize Kyiv.

Of course, efforts to bring Russian war criminals to justice will only begin to address the trauma that Ukrainians will experience for the rest of their lives. But it’s a start.

We Want You, Now

Thousands of protesters clashed with police across India over the weekend to protest a new military recruitment plan which the government said would reduce costs and modernize the army, Reuters reported.

The unrest resulted in the death of at least one person and more than a dozen injured. Authorities said that demonstrators set trains ablaze and attacked the homes of government leaders across the country.

The violence began after the Indian government introduced a scheme last week called “Agnipath,” (Path of Fire). Under the plan, the military will recruit 46,000 personnel under the age of 21 annually but will not be obligated to retain them after they finish their four-year contract, according to the Washington Post.

Officials said the plan would induct recruits during their physical peak and help reduce costs for India’s 1.38 million-strong armed forces because, as analysts said, the scheme would reduce pension costs: Even though India’s military budget has stayed relatively steady, more than a quarter of revenues are now spent on pensions, with expenditures growing year after year.

The government said the changes would allow India to modernize its military and compete against neighboring China.

But opponents worry the scheme limits opportunities for permanent jobs in the defense forces. Meanwhile, future recruits posited that joining the military is an important status symbol in rural India, adding that the four-year program could jeopardize their future.

Following the upheaval, the government announced a series of concessions, including retaining 25 percent of troops after four years of duty, with the remainder given preference for alternative occupations, such as with the state police. 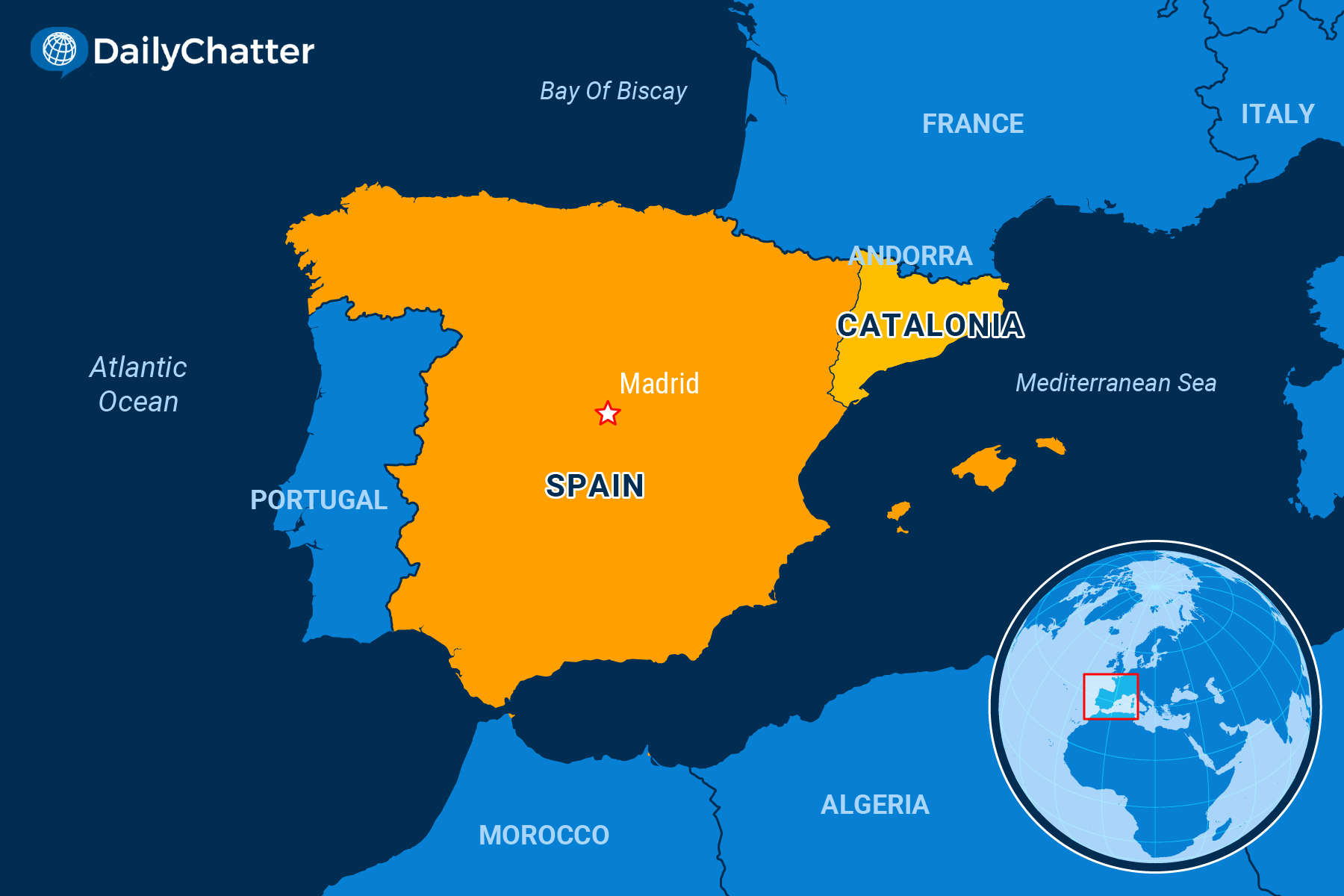 The parliament of Spain’s Catalonia region passed a resolution this week accusing Israel of committing apartheid against the Palestinians, the first European legislature to do so, the Times of Israel reported.

The vote came months after the region’s leftist parties proposed the draft resolution, which alleges that Israel has been applying a system that is “contrary to international law and is equivalent to the crime of apartheid as defined in the Rome Statute of the International Criminal Court.”

The resolution also calls on the semi-autonomous Catalonia and the Spanish government to hold Israel accountable as per the recommendations by rights groups Amnesty International and Human Rights Watch, Middle East Eye noted.

Amnesty International has also called on the United Nations Security Council to impose an arms embargo on Israel and sanction Israeli officials believed to be complicit in the crime of apartheid.

Apartheid is an international legal term that refers to the systematic oppression of one racial group over another.

The resolution, however, stops short of demanding a boycott against Israel, which many Spanish courts have ruled illegal.

Pro-Palestinian media and the Catalan leftwing En Comu Podem party said the vote was a historic first in the European Union. But centrist parties and pro-Israeli groups criticized the resolution as “an ignominy that accuses of apartheid a nation characterized by a pluralistic and diverse society.”

For its part, Israel has strongly denied accusations of committing apartheid.

Even so, many organizations have labeled Israeli policies as amounting to apartheid in recent years: In 2012, a French parliamentary committee published a report accusing Israel of implementing “apartheid” policies in the West Bank. 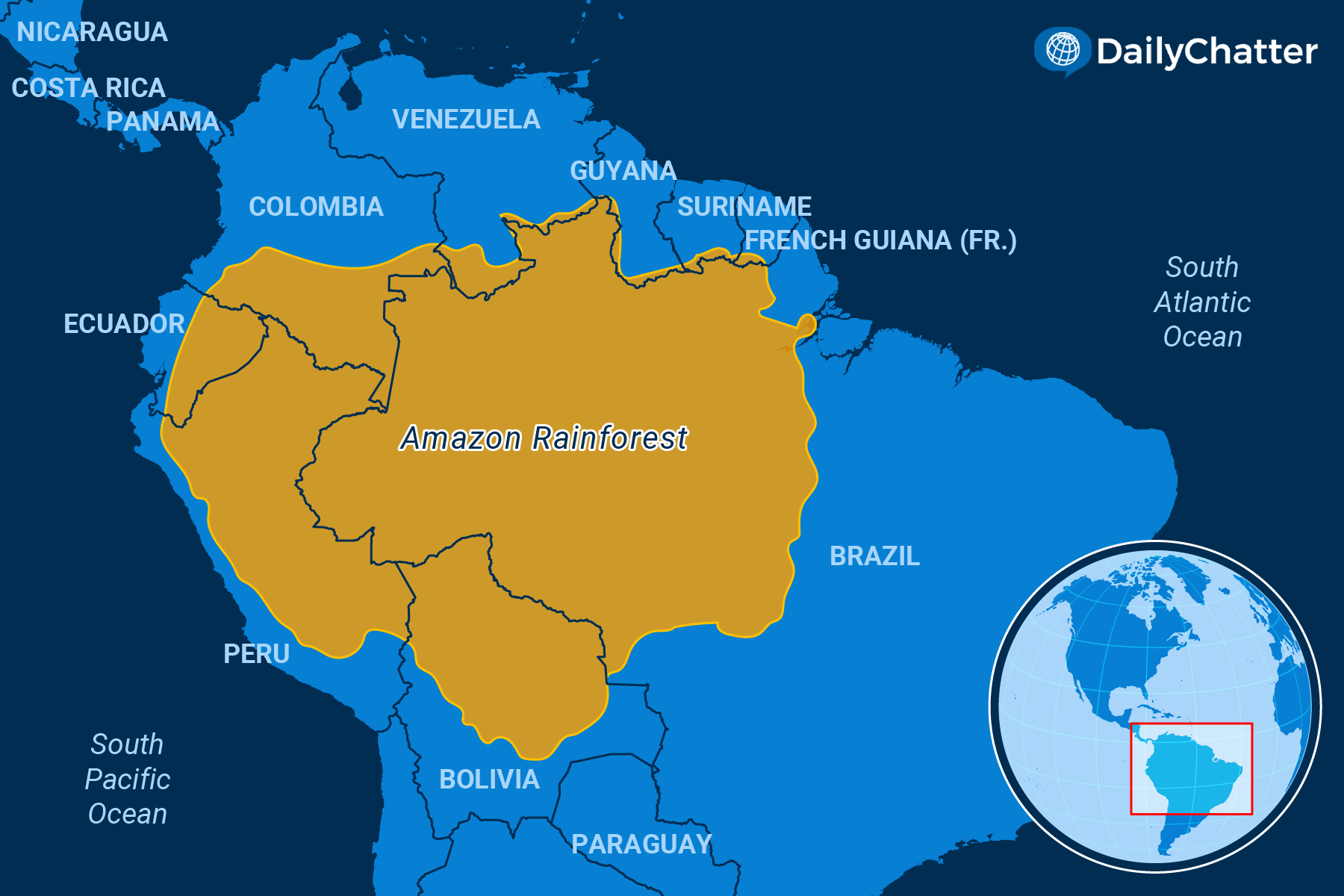 Brazilian police arrested a third person over the weekend in connection with the murders of a British journalist and a Brazilian Indigenous expert researching illegal fishing and poaching, and who went missing in the deep Amazon rainforest earlier this month, the New York Times reported.

On Saturday, Jefferson da Silva Lima turned himself in after initially fleeing an arrest warrant.

Officials had initially detained brothers Amarildo and Oseney da Costa de Oliveira in connection with the men’s disappearance. Witnesses said the two brothers threatened the victims and later followed Philips and Pereira in a boat shortly before they disappeared.

Amarildo da Costa de Oliveira later confessed to killing the men and led the police to their remains in a remote part of the Amazon rainforest.

An analysis showed that the corpses belonged to Philips and Pereira, who were killed by a firearm, according to police.

Both men had gone to an Indigenous reservation to interview Indigenous patrol teams who were combating illicit fishing and hunting. Pereira, who assisted in the establishment of those patrols, is thought to have made many enemies among the region’s illegal fishermen, poachers, and miners.

An international team of scientists recently created the world’s largest wild chimpanzee genomic catalog by sequencing DNA from the animals’ excrement, according to Zenger News.

In their paper, researchers explained how they gathered genomic data from more than 800 chimp fecal samples, a process that poses “technical difficulties.”

But it was necessary, they explained: Studying the genetic history of ancient chimpanzees is challenging because the ape species lived primarily in woodlands and forests, making it difficult for scientists to find preserved remains to use for genetic studies.

Now, the new DNA map could reveal a lot about the species’ evolutionary past, including their migratory patterns going back 100,000 years.

“Chimpanzees, like humans, have a complex evolutionary history,” said co-author Mimi Arandjelovic. “Their dynamics and areas of past and current population contact must be clearly identified in order to contribute to the protection of this endangered species.”

Currently, chimpanzees are listed as endangered on the International Union for Conservation of Nature’s Red List of Threatened Species.

But most importantly, the researchers said the findings can play an integral role in the conservation, as well as preventing the illegal trafficking of chimps.

“The ability to accurately determine the origin of chimpanzees has direct applications for their conservation, such as detecting the places where their poaching might be concentrated and identifying the routes and origins of illegal chimpanzee trafficking,” the authors said.