Are homeowners in Frankfurt to blame for the atrocities in Ukraine?

That’s arguably a harsh judgment. But some think it’s warranted, not least because it chose to ignore warnings about its increasing dependence on Russian energy for decades.

Chancellor Olaf Scholz inaugurated a Zeitenwende (historic turning point) when he announced that he would hike military spending by more than $100 billion and increase military spending to more than two percent of Germany’s gross domestic product, reported National Public Radio.

The move was significant because Germany has long declined to beef up its military to match its economic strength in Europe, preferring to allow Britain and France to play preeminent roles in NATO and European defense, the Local explained. The country’s Nazi past and the guilt associated with the horrors of World War II and the Holocaust were the contexts for those pacifist inclinations. Even so, Germany is a major arms supplier to countries around the world, and many at home and abroad have suggested it has used its past to avoid its military responsibilities in lieu of business opportunities both in arms and other products.

Still, columnist David Von Drehle was ebullient in praising Germany for emerging from 77 years of a “timeout” from geopolitics.

The turning point might not be so dramatic as some might think, however. The German Marshall Fund cast doubt on whether Germany will really assume a military leadership position in Europe, given how it will take years to build up the Bundeswehr, the German armed forces. It’s also not clear exactly how the additional money will be spent, noted the Stockholm International Peace Research Institute.

Then there is the lukewarm support for the West and Ukraine that lingers, especially in the East, as the Washington Post noted. “Both sides have made mistakes,” said one resident of the eastern state of Saxony, echoing opinions that have been prevalent also on German talk shows and in the west of the country. “The truth is in the middle.”

Still, in the short term, it’s business and the energy that fuels it that matters. Germany is one of the holdouts in the European Union on a complete ban on Russian energy. Still, Germany wants to end coal imports from Russia this year, Euronews wrote. Scholz recently said that oil purchases from Russia could end this year, too, reported Reuters. Stopping Russian gas imports won’t be as easy. Russian gas accounts for 40 percent of Germany’s gas needs. Scholz hopes to reduce that number to 24 percent in the next few months.

Putin has responded by demanding that Germany and other European nations pay for Russian gas in rubles, a move that would help Russia circumvent economic sanctions that the international community slapped on the country as punishment for the Ukraine invasion, Bloomberg reported. Scholz and other leaders have yet to respond to the demand.

If a full-blown trade conflict erupts between German and Russia, meanwhile, it could trigger a worldwide financial shock, CNBC added.

Germany chose to intertwine its economy with Russia in hopes of preserving peace and bringing Russia into the fold. Now Scholz is dealing with the fallout of that fallacious assumption.

India’s Supreme Court ordered authorities Wednesday to stop the demolition of illegal shops and walls in a predominantly Muslim neighborhood of New Delhi, a verdict that came days after religious violence shook the area, Reuters reported.

The verdict also followed the police-supervised demolition of buildings in the Jahangirpuri district by only a few hours.

The court’s decision was on a petition by plaintiffs who said city officials had not alerted local shopkeepers ahead of time. The stay will remain in force until a hearing on Thursday.

Even so, officials continued to demolish structures, including the outer entrance and stairs leading into a mosque, nearly an hour after the top court’s order, Al Jazeera added.

Clashes broke out over the weekend between Muslims and Hindus during a procession at a festival in the Jahangirpuri neighborhood. Police detained at least 20 people in connection with the violence.

India has recently witnessed a series of communal clashes that have been followed by demolition drives, which critics say are part of efforts by Prime Minister Narendra Modi and his Hindu nationalist Bharatiya Janata Party (BJP) to intimidate India’s 200 million Muslims.

Earlier this month, authorities in the states of Madhya Pradesh and Gujarat – both ruled by the BJP – launched demolition drives targeting homes and shops in the aftermath of communal violence on the day of another Hindu festival.

BJP officials and hardline Hindu groups affiliated with the party have defended the demolitions, saying they are enforcing the law.

More than 448 people have died during South Africa’s devastating floods, according to government officials, as the country moved to deploy the military in the affected eastern regions, Fox News reported.

Last week, torrential rains caused flooding and mudslides that destroyed nearly 4,000 homes and displaced more than 40,000 people in the eastern city of Durban and the surrounding KwaZulu-Natal province.

Officials said at least 40 people remain missing and 600 schools have been hit with damage estimates running at $28 million.

The government sent in thousands of troops to help with the relief effort and allocated $67 million in relief.

The situation prompted South Africa to declare another national state of disaster: The country had been in a state of disaster over the Covid-19 pandemic since March 2020, which was lifted earlier this month.

Despite pledges of relief, there are concerns that the government funds will not reach victims of the floods: A probe by the country’s Special Investigation Unit had previously uncovered widespread corruption in state funds that were supposed to help the nation respond to the coronavirus pandemic.

South African President Cyril Ramaphosa said this week that there could be “no room for corruption, mismanagement or fraud of any sort” in the government’s response. But many South Africans expressed doubt victims would receive the earmarked aid.

Meanwhile, the flood and the pandemic have heavily impacted the eastern province’s tourism sector, which is known for its resorts along the Indian Ocean coastline, Reuters noted. 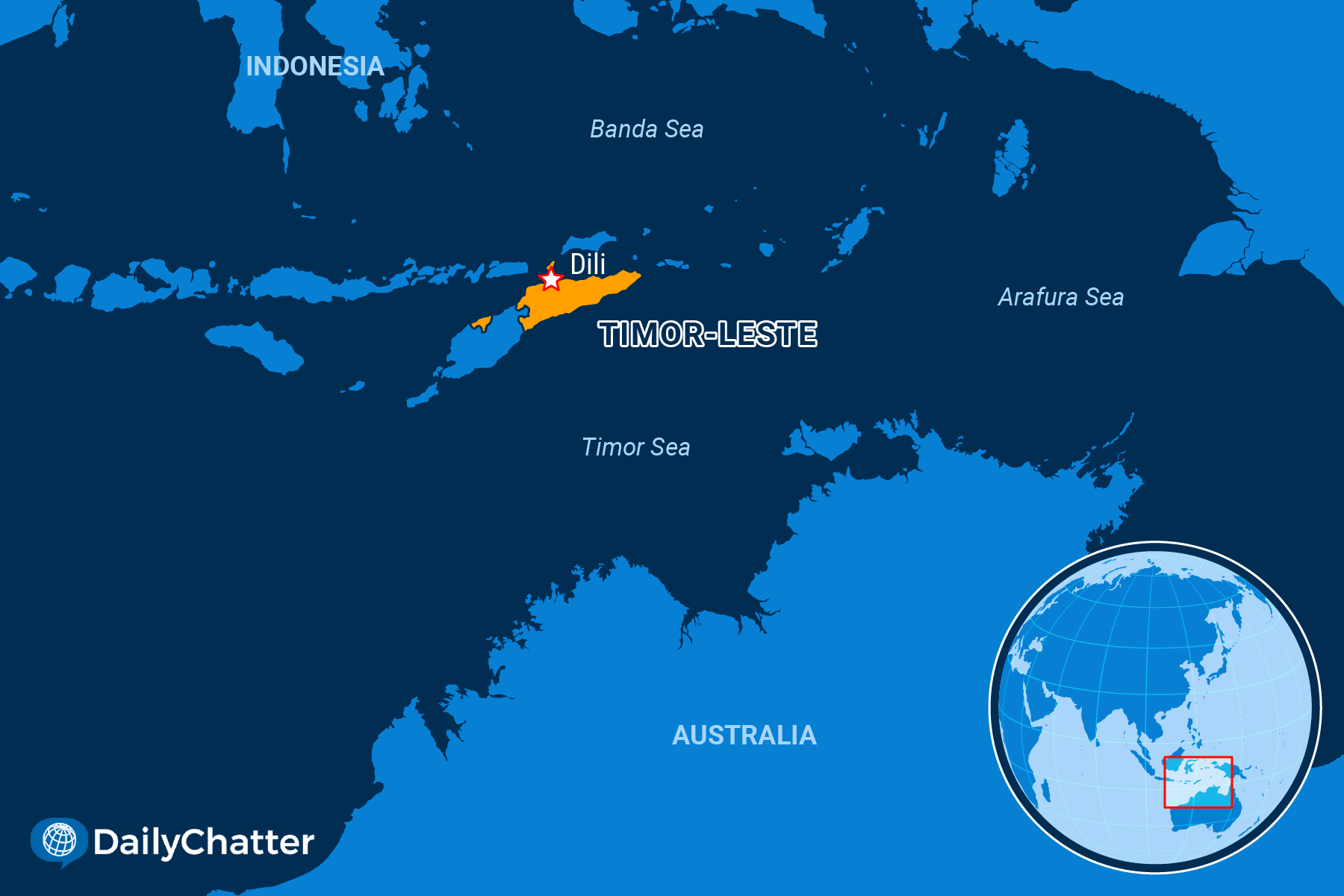 A former independence fighter and Nobel Peace Prize laureate is set to win East Timor’s runoff presidential election this week, amid hopes that the new president will end the political impasse in Asia’s youngest democracy, the Associated Press reported Wednesday.

Jose Ramos-Horta secured nearly 62 percent of the vote against his rival, incumbent President Francisco “Lu Olo” Guterres, who won about 38 percent. Although official results are not expected until next week, Guterres had promised to accept the outcome.

Ramos-Horta, who was president from 2007 to 2012, pledged to reduce poverty, reduce unemployment and improve health services. He also vowed to ameliorate communication between governing parties to restore the nation’s political stability.

He is expected to be sworn in on May 20, which coincides with the 20th anniversary of East Timor’s independence from Indonesia.

Since February 2020, East Timor has been engulfed in a political crisis after the government of Prime Minister Taur Matan Ruak resigned. The prime minister later said he would stay in a caretaker position to oversee the handling of the coronavirus pandemic.

Ruak’s government has been operating without an annual budget and has relied on monthly injections from its sovereign fund savings, called the Petroleum Fund.

The president is responsible for naming the government and dissolving parliament. Ramos-Horta said he would call for snap parliamentary polls if there was a failure to find a majority in the legislature.

However, many worry that an early election could inflame tensions in the country.

East Timor’s transition to democracy has been difficult, with officials grappling with severe poverty, unemployment and corruption as the country continues to deal with the fallout from its brutal independence fight. Its economy is based on declining offshore oil income.

Recently, a research team came across thousands of new virus species that did not belong to any of the currently documented phyla, or divisions, USA Today reported.

In their study, the team analyzed tens of thousands of water samples taken from oceans all over the globe. The samples included plankton, which is known to carry RNA viruses – a type of virus that includes Covid-19, West Nile virus and the flu.

The scientists then used “machine learning” to compare the new viral genes to an ancient one known as RdRp, which has evolved over billions of years. They explained that the RdRp acts as a “barcode gene” so researchers can assess virus diversity.

Their findings revealed more than 5,500 new species of marine viruses, noting that none of them fit in any of the five already known phyla. Instead, they proposed five more phyla for the new pathogens.

Even so, he added that the viruses’ connection to RdRp could help scientists understand how viruses evolved and how they played a role in life on Earth.