French President Emmanuel Macron called for calm in Corsica after a Corsican independence figure died of his injuries resulting from a prison attack, a death that some worry could spark unrest on the island, Euronews reported.

Yvan Colonna died Monday after being in a coma for three weeks. The nationalist figure was attacked by a “jihadist” inmate at a prison in Arles in southern France.

He was arrested in 2003 and was serving a life sentence for the 1998 assassination of Claude Érignac, a senior Corsica official.

Colonna’s attack ignited violent protests on the French island that left more than 100 people injured, including 77 police officers. French officials have raised concerns that his death could result in further violence.

Following the announcement of his death, hundreds of people held a peaceful demonstration in the capital of Ajaccio. Officials from Spain’s restive Basque and Catalonia regions also offered their condolences.

Many independence campaigners had long called for Colonna to be transferred from the mainland prison to the island. They accused France of “state responsibility” for the attack.

The incident, meanwhile, has sparked debates in France over Corsican autonomy ahead of next month’s presidential elections.

Macron vowed there will be “consequences” for Colonna’s death, while other officials said an investigation will hopefully shed light on the events that led to his death.

Even so, the president’s opponents have accused his government of weakness in the face of violence on the island. 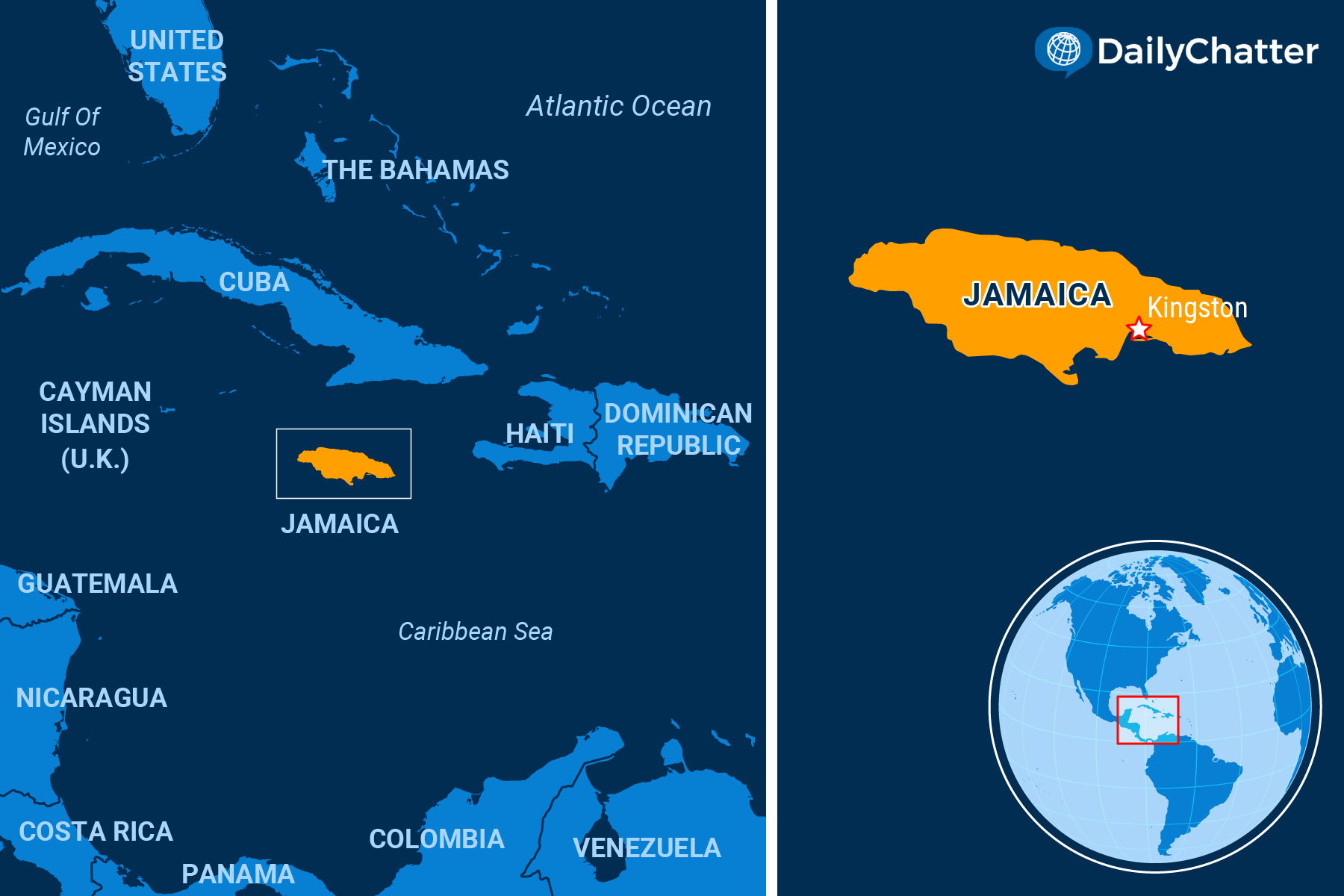 British royals Prince William and his wife Kate toured Jamaica this week as part of a week-long Caribbean tour, a visit overshadowed by protests and calls for reparations for slavery, Reuters reported Wednesday.

The Duke and Duchess of Cambridge are on a tour that coincides with the 70th anniversary of Queen Elizabeth II’s reign. The first stop was in Belize and the last, over the weekend, will be the Bahamas.

Before they arrived in Jamaica, dozens marched in the capital to protest the visit and held banners with the phrase “seh yuh sorry” – a local phrase that urges Britain to apologize for its legacy of slavery.

“There are historical wrongs and they need to be addressed,” protest organizer Rosalea Hamilton said. Many of the protesters accused the couple of benefiting from the “blood, tears and sweat” of slaves.

The demonstrations come amid growing criticism of Britain’s colonial legacy in the Caribbean and efforts to move away from the British Commonwealth: In November, Barbados officially became a republic and removed Queen Elizabeth as the country’s head of state, according to BBC.

Meanwhile, Jamaica is also considering parting ways with the British monarchy. Last year, the government proposed plans to seek reparations from Britain for forcibly transferring an estimated 600,000 Africans to work as slaves on sugar cane and banana plantations that made fortunes for their British owners.

At the same time, a Bahamas committee called on the royal couple to acknowledge the British economy was “built on the backs” of past Bahamians and pay reparations, Bloomberg added.

The recent visit is seen as an attempt by Britain’s monarchy to persuade former British colonies to remain on as “realms,” despite calls of republicanism.

Air pollution around the world spiked to unhealthy levels last year, according to a report that found that more than 90 percent of cities failed to meet the World Health Organization’s air quality guidelines in 2021, CNN reported.

The report released this week was compiled by IQAir, a Swiss pollution technology company that monitors air quality. It is the first major air quality report based on the WHO’s new annual pollution guidelines, which were updated in September.

The UN organizations recommended that the average yearly readings of PM2.5 – small and hazardous airborne particles – should not exceed 5 micrograms per cubic meter.

The findings showed that about 222 out of 6,745 cities around the world had average air quality that met the WHO’s guidelines. Among the territories that followed these guidelines were France’s New Caledonia, as well as the United States territories of Puerto Rico and the US Virgin Islands.

India, Pakistan and Bangladesh had the worst air pollution, exceeding the guidelines by at least 10 fold. The report also placed Bangladesh as the most polluted country, while the African nation of Chad – included for the first time in the report – came in second, according to Reuters.

Meanwhile, China showed signs of progress as part of the country’s efforts to fight pollution: China fell to 22nd place in the PM2.5 in 2021 – a significant drop from the 14th place it ranked in 2020.

Even so, the IQAir report warned that the Amazon Rainforest – a major defender against climate change – emitted more carbon dioxide than it absorbed last year.

In its 2021 report, the UN Intergovernmental Panel on Climate Change concluded that in addition to decreasing the rate of global warming, reducing the use of fossil fuels would improve air quality and public health.

Young children made major contributions to the art world tens of thousands of years ago, according to a new study.

Researchers from Britain’s Cambridge University and Spain’s University of Cantabria discovered that children – and toddlers – were responsible for a quarter of hand stencils painted in Spanish caves about 20,000 years ago, Artnet News reported.

In their paper, they analyzed 180 hand stencils painted in various Spanish caves and used 3D models of hand paintings at different sites, such as El Castillo and Maltravieso.

The team explained that the artwork would be made by blowing pigments through a hollow reed or bone onto hands placed against the cave wall. But during their analysis, they noticed that up to 25 percent of the hand marks were not from adults or teenagers.

They suggested that the stencils belonged to children between the ages of two and 12. They added that the pigment could have been blown by their parents or other adults helping them.

“Many more children’s hands came out than we expected,” lead author Verónica Fernández-Navarrogical told the Telegraph.

Fernández-Navarrogical added that the findings also show that rock painting was more of a family-oriented group activity than a solitary male pursuit.

She and her colleagues are now planning to study whether some of the gestures made in some hand markings carry any meaning.

“We want to find out if it is a code that they knew how to interpret, in the same way that we today interpret a ‘stop’ sign,” she said.