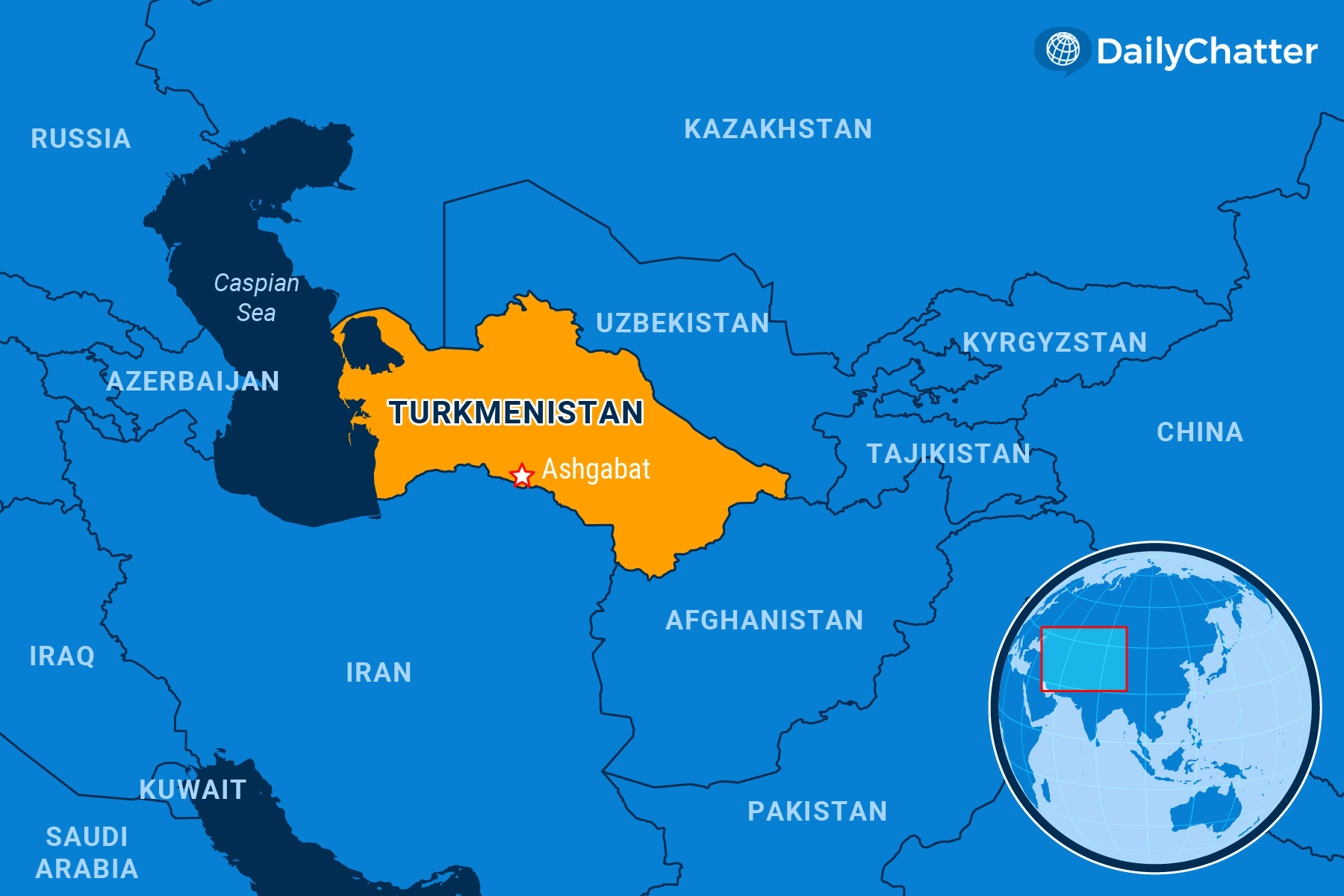 Some wonder why he bothered. He’s the shoo-in for March 12 elections – a dauphin with a long list of titles including deputy prime minister. The eight other candidates are just “seat warmers,” observers say, who mostly just praise President Gurbanguly Berdymukhamedov, Eurasianet noted. The portraits of Serdar Berdymukhamedov alongside his father around the western port city of Turkmenbashi these days underscore the results of the vote, the outlet noted.

Still, some believe Serdar Berdymukhamedov showed up in Dashoguz province because he wanted to send a message to voters – that nothing would change. On Feb. 21, he presented his platform, a 30-year development plan called, “The Revival of a new era of a powerful state…” and explained how “The creative reforms initiated by President Gurbanguly Berdymukhamedov will be continued in future,” according to the Russian-language Turkmenistan Today, a state news agency. He added that he would “increase the prestige of Turkmenistan,” “… strengthen state sovereignty” and promote “further successful development of the country.”

He’s right about one thing: There is a lot to be done. Turkmenistan is one of the most isolated and authoritarian countries in the world, at the bottom of most democracy and freedom rankings along with North Korea. It has near-total media censorship. It forbids political and religious expression. Most of the internet is not accessible. And in spite of its natural wealth which includes the fourth-largest gas reserves in the world, it’s a place characterized by nepotism, poverty, unemployment, food shortages and economic crisis. Its citizens can’t easily leave or move around internally either.

In fact, its international isolation is the main reason why its currency or economy has not been impacted by Russia’s invasion of Ukraine the way its neighbors in the region have, Firstpost noted.

There was initial hope that there might be some opening up and reform when current President Gurbanguly Berdymukhamedov was elected in 2007 – he was only the second leader since independence from the Soviet Union in 1991. But like his predecessor, President Saparmurat Niyazov, he quickly moved to establish his own cult of personality, putting out videos of himself working out or holding weapons dressed as action figures. Where he diverged was in his pivot from Russia toward China. These days, China is by far the largest importer of Turkmen natural gas – the country’s main source of income, Forbes noted. But most of the money earned from gas exports returns to China as payments for infrastructure projects including large vanity ones such as a massive and mostly empty airport, palaces, gold statues of the president and a “ritzy but ghostly” beach resort.

And even though in 2019, Russia began buying Turkmen gas again to resell to Europe, the war in Ukraine is interfering as Western leaders move to cut off Russian energy. That gives the country an opportunity to sell to Europe directly but Turkmenistan has yet to commit to pipelines outside of its borders (although Afghanistan’s Tolo News reported it did recently meet with Taliban leaders of Afghanistan on opening the Turkmenistan-Afghanistan-Pakistan-India pipeline (TAPI)). It’s questionable whether the country would cooperate with Western governments and businesses or whether they could prove that Turkmenistan is a stable, transparent, rule-of-law place to do business.

But instead of finding ways to improve and diversify the Turkmen economy, the president is considering amending the constitution again, likely to find a legal veneer for a father-son leadership role. And the government that received millions in aid for Covid-19 testing even as it denied its existence in the country, is focusing on Turkmens’ health, fitness and sport to enhance “the prestige of the motherland.”

Last month, President Gurbanguly Berdymukhamedov announced a plan to turn the country into a smoke-free zone by 2025.

That will help his goal to “increase the well-being” of Turkmens, even if it doesn’t really improve their lives.

Venezuela released two jailed Americans this week following a weekend meeting between the two countries in a gesture to improve relations with Washington following Russia’s invasion of Ukraine, the Associated Press reported Wednesday.

The two individuals, Gustavo Cardenas and Jorge Fernandez, are among 10 Americans who have been detained by the Venezuelan government headed by President Nicolas Maduro in recent years.

Cardenas was one of six former executives of the Houston-based Citgo Petroleum Corp., controlled by the Maduro government. He and his colleagues were arrested in 2017 on embezzlement charges.

Fernandez was detained last year near the border with Colombia after he was found in possession of a drone – restricted in Venezuela – and accused of terrorism.

Their release came after senior US officials made a rare, high-level visit to the socialist nation. The two countries had broken off diplomatic relations in 2019.

The meeting focused on releasing detained Americans in the country but also establishing an energy lifeline following the US decision to ban Russian oil imports.

Following the meeting, Maduro expressed interest in improving relations with Washington, adding that he was willing to accede to US demands that he reengage in talks with Venezuela’s opposition, which have stalled.

Maduro’s move would mark the first step toward a release from US sanctions that had been hammering the OPEC nation for years.

Although Venezuela remains Russia’s top ally in the region, analysts noted that its re-entry into the US energy markets could mitigate the impact of the Russian oil import ban.

A German court ruled this week that the far-right Alternative for Germany (AfD) can be classified as a suspected threat to democracy, a ruling that will allow the country’s intelligence agency to put the party under surveillance, the Guardian reported.

The verdict came a year after the AfD challenged a decision by Germany’s Federal Office for the Protection of the Constitution (BfV) to spy on the party.

AfD leaders countered that they had distanced the party from its most extreme members by disbanding the hardline “Wing” faction.

But the Cologne court said that there were “sufficient indications of anti-constitutional goals within the AfD.” The judges added that the faction still had “significant influence” on the anti-immigrant party.

The decision will allow the BfV to classify the controversial party as a “suspected case of right-wing extremism,” as well as tap into the political group’s communications and use undercover informants.

The AfD was founded in 2013 and began as a Euro-skeptic party before taking a more anti-immigrant approach. The far-right group gained more prominence during the 2015-2016 refugee crisis in Europe, which allowed it to win its first seats in parliament in the 2017 parliamentary elections.

Even so, years of infighting and waning concerns about immigration resulted in the party winning just over 10 percent of the vote in last year’s general election, down from almost 13 percent previously.

In January, Jörg Meuthen resigned as the party’s co-leader, accusing the AfD of drifting too far to the right and displaying “totalitarian” leanings.

The conservative-led Congress pushed for the so-called Life and Family Protection Law, which would punish women who “have induced their own abortion or given their consent to another person to carry it out” with 10 years in prison – more than three times the current sentence of three years.

The draft law also punishes anyone who induces an abortion without a woman’s consent with up to 50 years in jail.

Abortions are only allowed in the Central American country when the mother’s life is threatened.

The conservative-led Congress said the proposed changes are constitutional and aimed at protecting “the original concept of the family.” But left-wing lawmakers criticized the bill for “criminalizing and penalizing miscarriages,” and described it as “absolutely discriminatory.”

Guatemala’s Human Rights Ombudsman Jordan Rodas said the bill violates international conventions signed by the country. He is now planning to challenge the proposed legislation at the country’s Constitutional Court.

The recent vote took place during International Woman’s Day on March 8 and comes as a number of Latin American countries are moving toward decriminalizing abortion, according to the Spectator World.

Last month, Colombia became the latest nation in the region to decriminalize the procedure following a ruling by the country’s highest court. 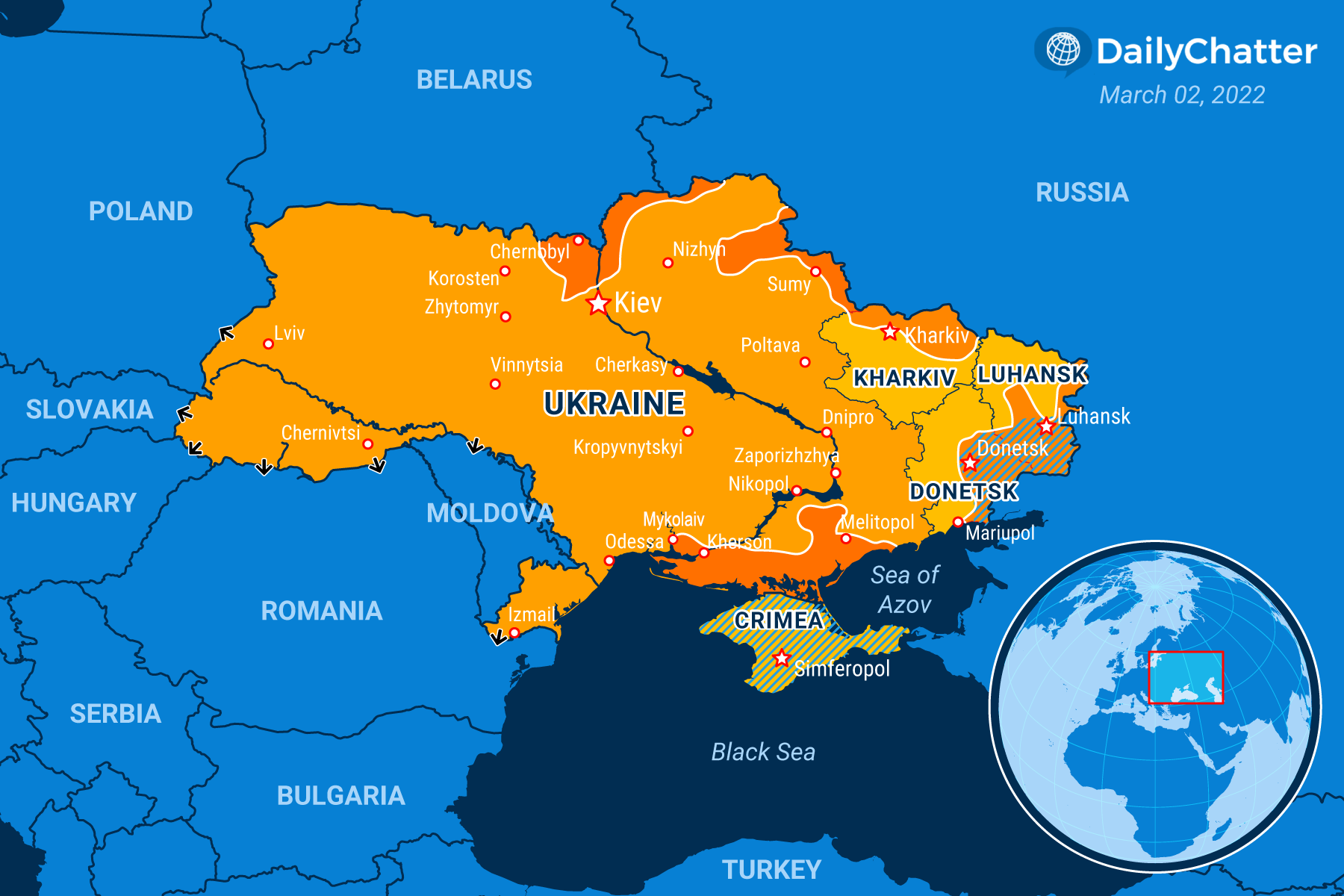 In the 1920s, archaeologists uncovered the tomb of King Tutankhamun and many treasures buried with the Egyptian royal.

Among these was a foot-long iron dagger, which was later discovered to be made from a meteorite.

But the scholars have been puzzled by the ancient weapon’s origins, mainly because iron production appeared in ancient Egypt centuries after Tutankhamun’s death in 1323 BCE.

A new study, however, analyzed the chemical structure of the dagger to pinpoint its origins, Gizmodo reported.

Researchers used X-rays and found various concentrations of elements, including iron, nickel, cobalt, as well as traces of sulfur, chlorine and calcium.

The findings showed that the weapon was made from octahedrite, the largest group of iron meteorites. The analysis also revealed that the presence of the Widmanstätten pattern meant that the dagger was smelted in lower temperatures.

As for the origins, the authors referred to a series of ancient tablets that document diplomatic activities in ancient Egypt in the mid-14th century BCE. The documents mention a dagger given to Tutankhamun’s grandfather, Amenhotep III, by the king of Mitanni, a region of Anatolia.