Justice Delayed But Not Daunted 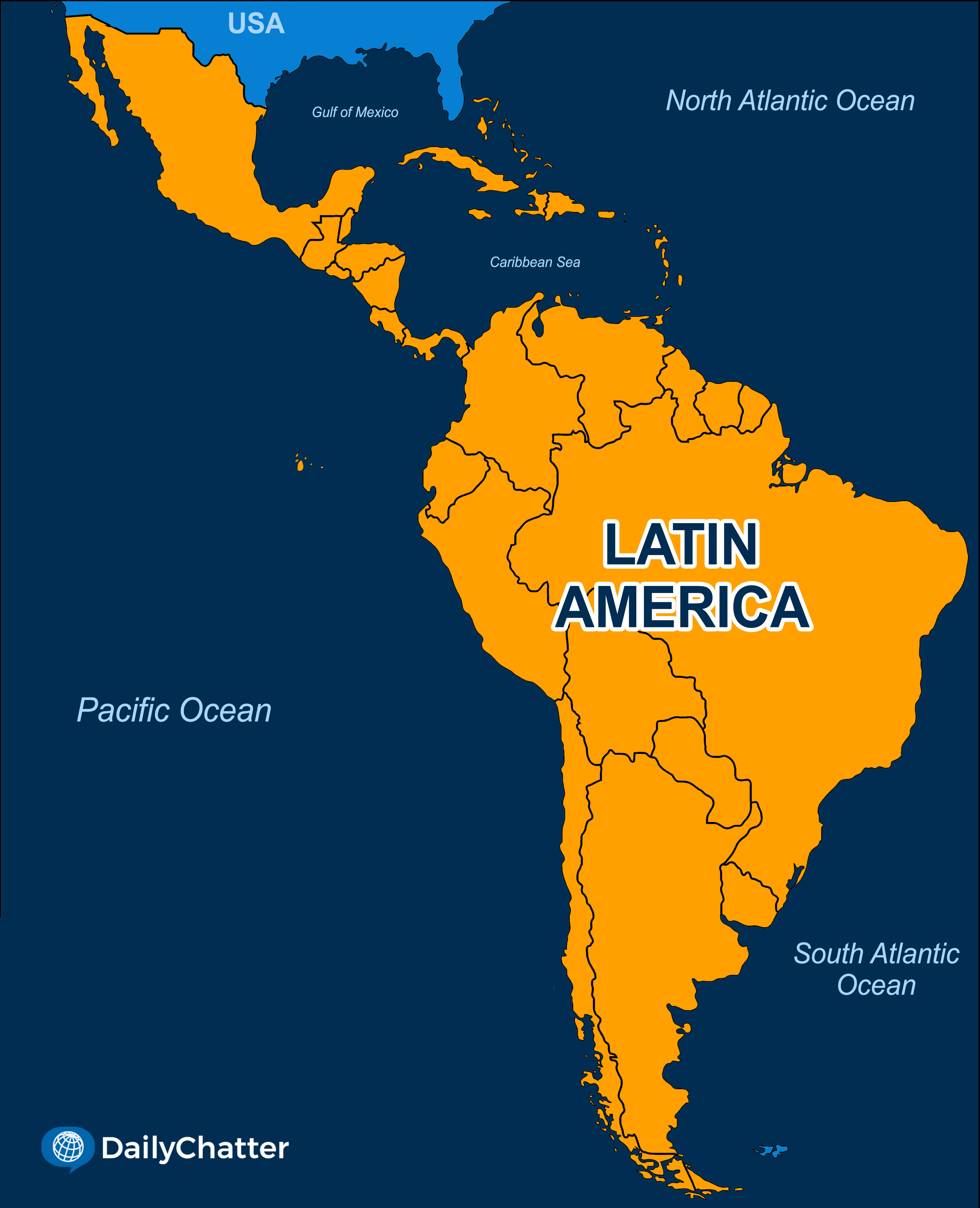 The Inter-American Court of Human Rights, a Costa Rica-based panel affiliated with the Organization of American States, recently rendered guilty verdicts against two past rightwing governments in Latin America and one from the left.

The court found that the Argentine military dictatorship of the late 1970s had “disappeared” a couple and illegally taken their two children and directed the present government to find their bodies and make reparations to their kids, the Associated Press reported. The judges also ruled that Guatemalan troops had massacred at least 38 people in the village of Los Josefinos in 1982 and directed Guatemala to pay reparations and hasten investigations into the violence. Lastly, they found that ex-President Rafael Correa of Ecuador violated the freedom of expression when he prosecuted a journalist and newspaper executives for “defaming” him and suggested their convictions be annulled.

As MercoPress explained, Mario Roger Julien Cáceres and Victoria Lucía Grisonas Andrijauskaite were Uruguayan citizens and members of the leftwing Party for the Victory of the People who fled to Argentina to avoid the persecution of dissidents at home. Argentine officials abducted them and their two children in 1976 as part of Operation Condor, which the Guardian described as a US-backed campaign to crack down on communism in South America during the Cold War.

A Chilean couple adopted the children after they were found on the streets in the Chilean city of Valparaíso in 1977. The little boy was five years old. The little girl was two.

Guatemalan troops killed men, women and children in Los Josefinos in a campaign to eliminate support for leftists in the Central American country, dumping their bodies in a common grave. Nobody looked into the incident until 14 years later. Now, villagers who escaped that fate hope the court decision will help them achieve not only justice but closure.

“The Josefinos case is one of the many crimes against humanity committed by the army of Guatemala that (continues to go) unpunished,” the victims’ representative Carlos Navarijo told the Center for Justice and International Law. “As Guatemalan citizens, we do not want impunity to be the norm.”

In 2011, journalist Emilio Palacio published a critical column in El Universo that described former Ecuadoran President Rafael Correa as a dictator. The president was insulted, sued Palacio and his employer and won. Palacio and three executives at the newspaper were sentenced to three years in jail and fined $40 million, the Committee to Protect Journalists wrote. Correa, a leftwing leader who held office from 2007 to 2017, was sentenced to eight years in prison by an Ecuadorian judge in 2020, but fled to Belgium rather than face the music, noted Reuters.

Correa’s politics aside, the decisions by the Inter-American Court of Human Rights could indicate that there is increasing momentum behind the emergence of a new generation of leftist leaders in the region following the ebbing of the “pink tide” of the late 1990s and 2000s, as Al Jazeera reported.

Or they could prove how, eventually, justice comes calling.

President Kassym-Jomart Tokayev said that 2,500 troops of the Collective Security Treaty Organization (CSTO) are due to depart Kazakhstan over 10 days starting Jan. 13.

The CSTO forces arrived in Kazakhstan on Jan. 2 to quell the widespread demonstrations that began in the fuel-producing western province of Mangistau and later spread across the country.

The unrest resulted because the government decided to remove price controls on liquefied petroleum gas. The protests turned violent, with demonstrators storming government offices and clashing with police.

Tokayev declared a state of emergency and ordered security forces to shoot at protesters on sight, according to Radio Free Europe. At least 164 people were killed and more than 9,000 have been detained.

The president said that the unrest was an attempted coup, a statement that was also supported by his Russian counterpart, Vladimir Putin. The Russian leader claimed that Kazakhstan was targeted by terrorists and external forces, although he did not provide any names or specifics.

According to CSTO rules, members can only aid each other to respond to external – not internal threats.

A Herald in the Heartland

Venezuela’s opposition secured the governorship of Barinas, the home state of the late Socialist President Hugo Chavez, in a rare and symbolic victory that dealt a blow to the government of Nicolas Maduro, the Guardian reported.

Maduro – who succeeded Chavez in 2013 – had hoped to put Arreaza in charge of the state, which is considered the cradle of the late leader’s “Bolivarian revolution.” Barinas had been exclusively led by Chavez’s relatives – his father and two brothers – since Chavez was elected president in 1998.

Sunday’s poll was a re-run of a vote that was originally held during the November gubernatorial and mayoral elections. The November vote also saw the participation of Venezuela’s mainstream opposition for the first time since 2017.

Maduro’s candidates secured a majority of the gubernatorial posts, but the pro-government Supreme Court ordered a re-run for the Barinas polls. The ruling came after the court disqualified the politician that was about to defeat the official candidate, Chavez’s brother, Argenis.

Argenis later withdrew and was replaced by Arreaza.

Analysts said Garrido’s victory deals a massive blow to Maduro’s regime, which has been the subject of international sanctions that have crippled Venezuela’s economy.

Opposition leaders hailed the victory as a herald of wider change and urged Maduro’s opponents to unite ahead of the presidential elections in 2024.

Water Under the Bridge

Taliban officials met in Iran with leaders of multiple Afghan resistance groups this week in what analysts consider the first direct interaction between the warring sides following the Islamists’ takeover of Afghanistan in August, the Washington Post reported Tuesday.

Representatives of both sides said the meeting was aimed at allowing the opposition groups to return to Afghanistan safely. The Taliban’s acting foreign minister, Amir Khan Muttaqi, said that “everyone is welcome to return and live in their homeland.”

The unannounced meeting came months after a number of groups vowed to fight against the new Taliban rulers, after the Taliban took power in Afghanistan following the withdrawal of foreign troops.

The Taliban government is still facing security threats from other sources, including Islamic State, which has conducted a number of attacks since the Taliban came to power.

Observers noted that the meeting underscores the Taliban’s “desire to conciliate with a key resistance figure, likely with an eye toward dampening the prospects for broader armed opposition.”

Even so, some representatives of the militia groups expressed skepticism about the meeting: They said that the Taliban were trying to gain official recognition from Iranian leaders and resolve internal tensions between factions within its leadership.

Others added that the Taliban’s move had “achieved nothing” and denounced the armed group’s regime as tyrannical, while vowing to fight them.

Following the probe’s return in December 2020, scientists have thoroughly examined the space dust it collected to learn more about the asteroid’s composition, Smithsonian Magazine reported.

Astronomers have particularly focused on Ryugu because the space rock has remained unchanged since the solar system’s formation some 4.5 billion years ago.

In one study, a research team analyzed the 5.4-gram sample and found that Ryugu has minerals and compounds previously seen in other meteorites on Earth. However, they also documented the presence of organic and water-bearing molecules. Among them were volatiles such as hydroxyls – made of oxygen and hydrogen atoms – which most likely originated in the outer solar system.

In the second study, researchers led by Toru Yada discovered that the celestial body is so dark that it only reflects two to three percent of the light that hits it. Their results also showed that Ryugu was 50 percent more porous than other carbonaceous meteorites that hit Earth.

Both papers also confirm that the celestial body is carbonaceous – meaning rich in carbon – and should be classified as a CI chondrite. These types of meteorites have a composition very similar to that of the solar photosphere, which means they are the most primitive of all known space rocks, according to Science Alert.

Despite the fascinating findings, the authors noted that there is more to learn about the celestial body, including its age and when it encountered water.

They also hope that further research could provide new clues about how the solar system formed.