“The Syrian government…is exporting the drugs,” said Joel Rayburn, a former US special envoy to Syria. “It is not like they are looking the other way while drug cartels do their thing. They are the drug cartel.”

The man whose forces have largely won a 10-year-long bloody conflict that Voice of America said has claimed more than 350,000 civilian lives and displaced 13.5 million people, or half of Syria’s population, seems to be doing just fine.

Recently, Jordan’s King Abdullah II talked with Assad on a telephone call and the foreign minister of the United Arab Emirates, Abdullah bin Zayed Al Nahyan, visited the Syrian capital of Damascus, the Washington Post reported. These moves were signs of how Arab leaders are normalizing relations with Syria after diplomatically ostracizing Assad and slapping economic sanctions against his war-torn country. Syrian officials hope Arab investment is coming soon.

Other countries have reopened embassies in Syria and reestablished other ties that were cut off when Assad was waging war against rebels who sought to end his family’s regime, which has ruled the country for more than 50 years, as the Fair Observer explained. Syria is even slated to host an energy conference of Arab countries in 2024, the Associated Press reported.

President Assad isn’t resting on his laurels, however.

Iran and North Korea are allegedly helping Syria build a nuclear reactor, according to the Jerusalem Post. The reactor could help Assad construct nuclear weapons that might deter unfriendly countries – think Israel, the US and European countries – from deploying troops in Syria in the future.

Assad has also reconciled with his estranged uncle, who was facing a four-year prison sentence in France for embezzling public funds in Syria. As Foreign Policy explained, the uncle was once close to Assad’s late father, Hafez, who preceded Bashar as president, until the two had a falling out. The move was designed to consolidate power within his clan.

Meanwhile, more than 12 million Syrians are food insecure. Children in Idlib, where opposition forces still exert control, are working to survive when they should be in school. Islamic State militants still roam parts of the country, terrorizing locals. Meanwhile, millions survive on very little outside the country in neighboring Turkey, Lebanon and elsewhere.

No matter, the elite in Syria are moving on.

The Price of Torture

Canada will pay about $31 billion in compensation for Indigenous children and families who suffered discrimination while in foster care, a move that highlights the country’s coming to terms with the government’s historical treatment of its native population, BBC reported.

The decision comes months after a top court upheld a 2016 ruling that found the government had underfunded First Nations services compared with those for non-indigenous children.

The court ordered the Liberal government of Prime Minister Justin Trudeau to pay about $31,000 to each child who was in the on-reserve welfare system after 2006.

The government initially said it would appeal the verdict but relented amid an ongoing public outcry following the discovery of more than 1,100 unmarked graves at the sites of former residential schools.

Officials said that the compensation will be used to settle the 2016 ruling, two other lawsuits and to reform the current Indigenous child welfare system.

National Chief of the Assembly of First Nations RoseAnne Archibald said the compensation package is “a testament to how many of our children were ripped from their families and communities.”

About 150,000 Indigenous children were forced to go to Canada’s infamous residential schools in an attempt to assimilate them – forcing them to abandon their native tongue and convert to Christianity. Operating between 1874 and 1996, the controversial system separated children from their parents by sending them to boarding schools, where they faced malnutrition, as well as physical and sexual abuse.

The Roman Catholic Church operated up to 70 percent of the schools but Pope Francis has yet to issue an official apology.

Earlier this year, the pontiff said he will visit Canada to help with reconciliation efforts but a date has not been set yet. 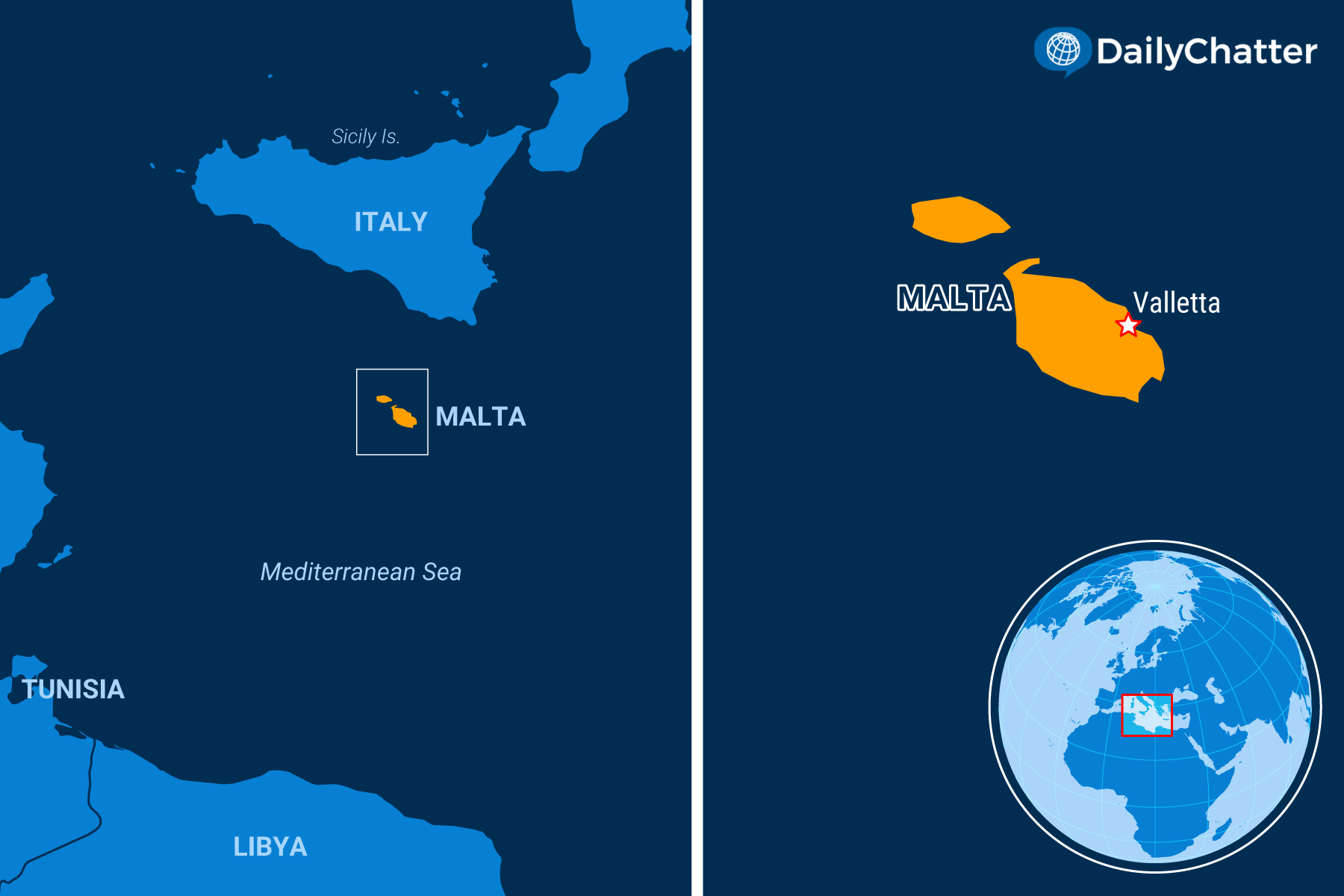 Malta became the first European country to legalize the cultivation and consumption of marijuana for recreational use, a move that underscores a major global shift over the legalization of cannabis, the Washington Post reported.

Maltese lawmakers voted on the bill Tuesday and the law is expected to take effect over the weekend.

Under the new rules, people over the age of 18 can possess up to seven grams of marijuana, store up to 50 grams of dried leaves and grow up to four cannabis plants. People that possess up to 28 grams of weed or smoke in front of a child can face fines ranging from $55 to more than $500, according to Reuters.

Underage individuals caught possessing cannabis will not be arrested but will be sent to a judicial commission that will recommend a care plan.

The legislation makes Malta one of the latest countries in the world to legalize the production and sale of the drug. In 2013, Uruguay became the first to do so but other countries – such as Canada and Morocco – have created their own legal cannabis markets since then.

In Europe, some countries have implemented various laws to decriminalize the sale and use of marijuana: The Netherlands allows the sale, purchase and use of cannabis in shops but forbids its cultivation. Meanwhile, Germany’s new coalition government has pledged to legalize marijuana consumption in licensed stores.

Marijuana advocates noted that regulating cannabis can help public health and the economy, as it legalizes illicit trade, reduces consumer risk and imprisonment rates. Critics, however, worry about the narcotic’s psychoactive properties while some have a moral opposition to legalizing drugs.

Last year, the United Nations removed cannabis from its list of the most dangerous drugs. 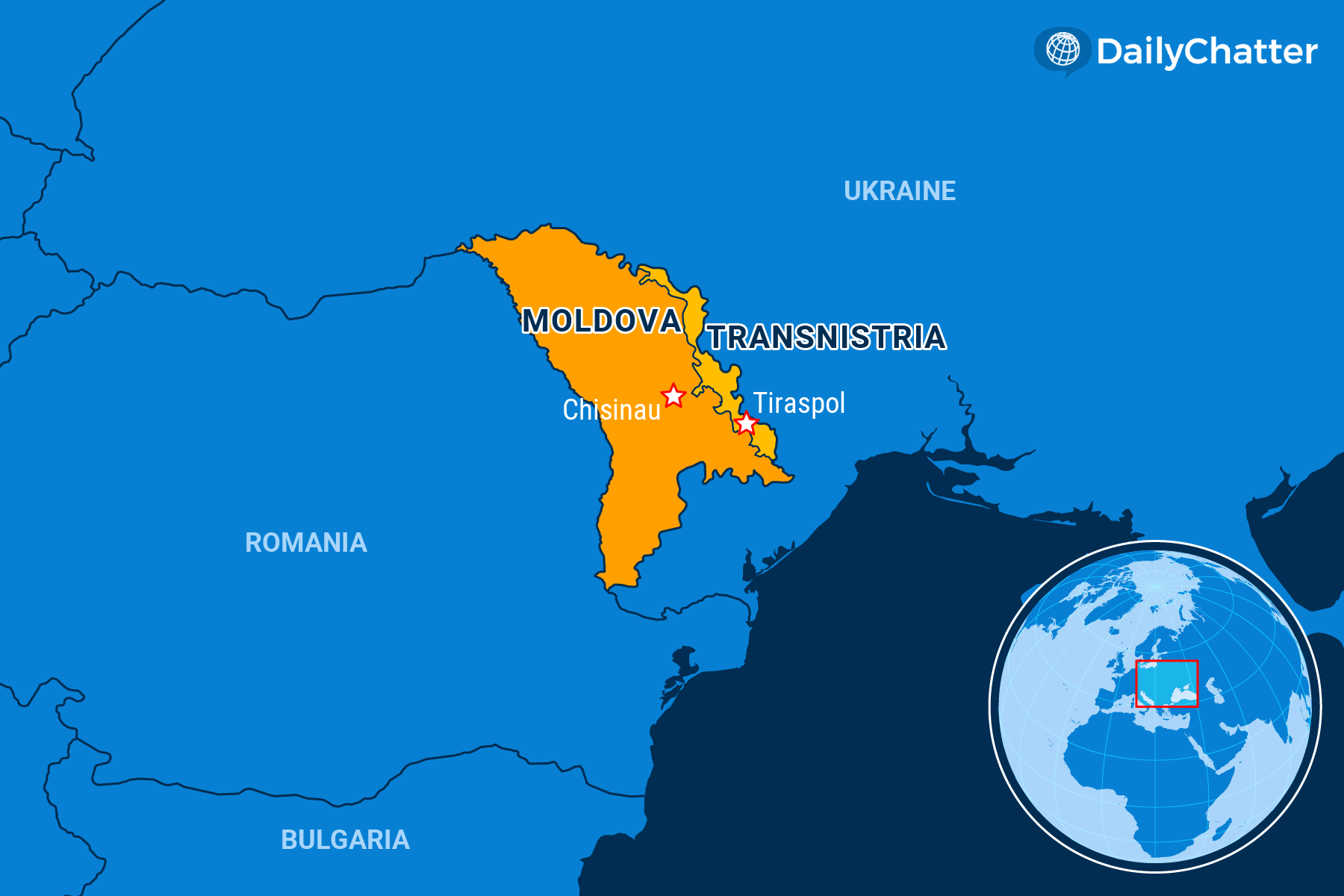 Moldova’s breakaway region of Transnistria reelected incumbent Vadim Krasnoselsky as president following a weekend poll that was not recognized by the central government in Chisinau, Balkan Insight reported.

The commission added that voter turnout was about 35 percent, according to the Russian news agency TASS.

Originally, Krasnoselsky faced multiple opponents but the commission removed them from the ballot before voting day, citing various reasons.

Moldovan authorities called on the international community to refrain from observing the elections. It denounced the weekend poll as “a challenge to the sovereignty and territorial integrity of Moldova and undermining the process of resolving the Transnistrian conflict.”

Only Russian observers – including lawmakers from Russia’s lower house of parliament – were present to monitor the election, which has raised doubts about its legitimacy.

Transnistria declared independence from Moldova in 1990 but it is not recognized internationally. Even so, Russia – which officially doesn’t recognize the region – has supported Transnistrian leaders and has stationed around 1,400 of its troops there, Radio Free Europe reported.

A new study found that the way scholars and historians have looked at infant mortality rates in prehistoric people will require a major review.

A research team determined that previous assumptions that the death rate of ancient babies was consistently high are not entirely correct, according to Australian National University.

Lead author Clare McFadden and her team examined United Nations data from the past decade to look at infant mortality and fertility rate in 97 countries. They then used the data to make interpretations about human life some 10,000 years ago.

The team also underscored that since prehistoric mothers had a lot of children, they were also very capable of caring for their offspring.

They hope the study can reveal more about the life of people tens of thousands of years ago and “bring some humanity” back to our ancestors.

“…the desire to provide care and feelings of grief date back tens of thousands of years, so adding this emotional and empathetic aspect to the human narrative is really important,” McFadden noted.