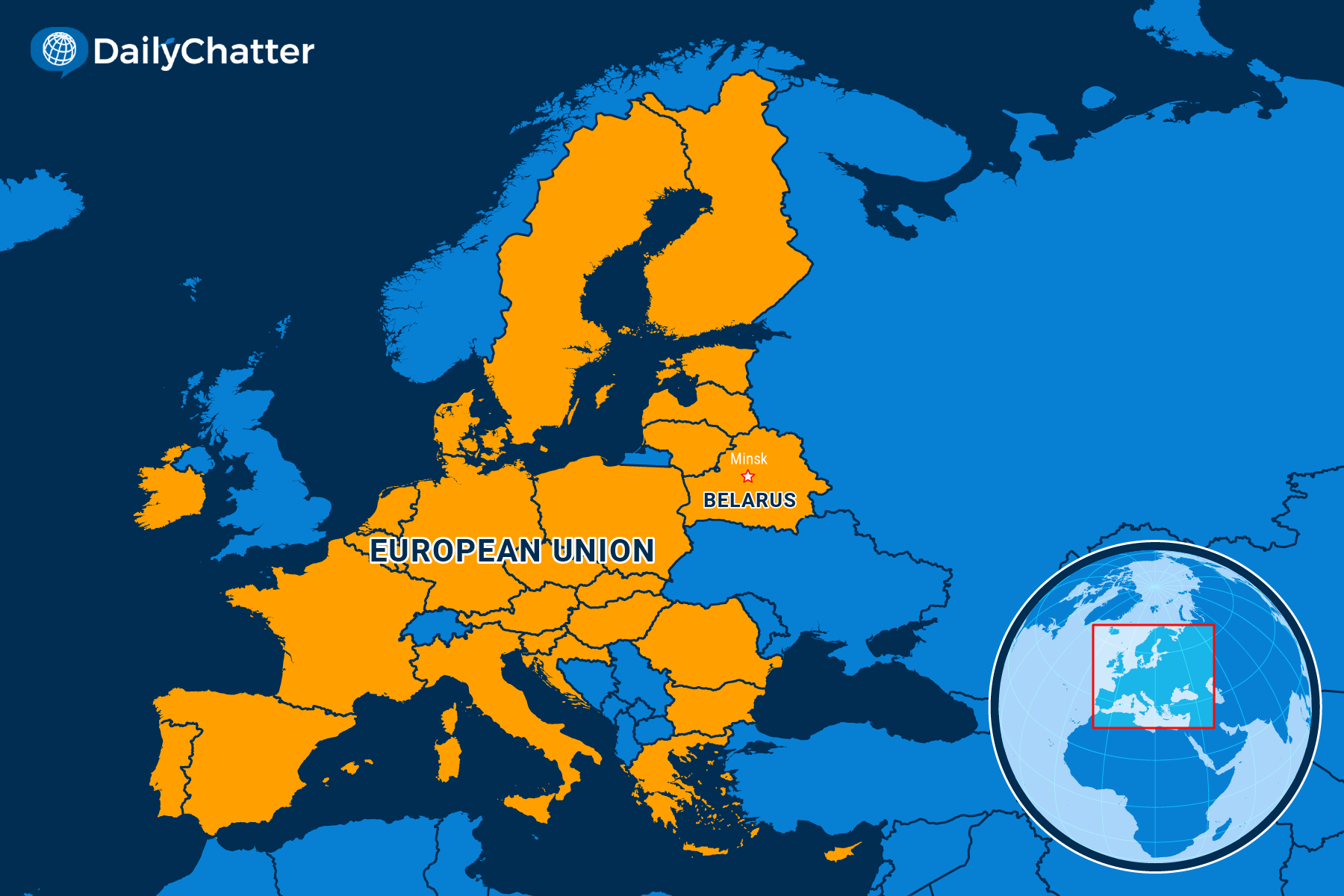 Children are sleeping in the woods on the border between Belarus and Poland. Many haven’t eaten in days. Instances of hypothermia are increasing, prompting the United Nations and humanitarian organizations to scale up aid amid a rising death count.

The children, their parents and others had come from their homes in the Middle East after hearing that they could easily enter the European Union through the former Soviet republic of Belarus, the last dictatorship in Europe. Some paid smugglers more than $3,000 to bring them from Turkey to the Polish border where they then hoped to continue to Germany where they planned to seek asylum, Reuters wrote.

Instead, they fell into limbo, becoming pawns in a geopolitical battle between East and West, the Washington Post explained in a story that contained moving photos of migrants in the cold forests of Central and Eastern Europe.

Poland denied the migrants’ entry or, if they slipped into the country, shipped them back across the border to Belarus. Polish and European leaders contend that Belarusian President Alexander Lukashenko is seeking to destabilize the EU by allowing the migrants to transit his country on their way to Europe, reported the New York Times.

Ostensibly, Lukashenko orchestrated the border crisis in retaliation for the EU imposing sanctions on Belarus after the president forced a commercial airliner to land in Minsk and ordered the arrest of a Belarusian dissident journalist and his girlfriend.

But there’s more to this conflict.

Europe is allegedly a shining beacon of democracy, law and order and prosperity in the world. But Poland’s ruling conservative Law and Justice Party, which has opposed increased immigration since the influx of Syrians and others into the EU started increasing in 2015, doesn’t want to accept the migrants.

As Dalhousie University researchers argued in the Conversation, Lukashenko’s gambit has exposed the hypocrisy of Europe’s aspirations of upholding human rights as well as the bloc’s divisions over how to handle migrants who would increase the number of minorities in EU member states.

The EU, for example, has proposed changing its laws to allow Poland and others to hold migrants seeking asylum for 16 weeks rather than the current four-week limit, the Guardian reported.

The stalemate hasn’t necessarily benefitted Lukashenko, however. He now has thousands of refugees stranded in his country. Hundreds were recently repatriated, Al Jazeera wrote. But many don’t want to return home, the Washington Post added. Belarus has moved some migrants to a warehouse, suggesting they’ll be staying a while.

If you’ve been living in war-torn Syria or Iraq, maybe a European autocracy is not so bad, especially if the promise of democratic Europe turns out to be false.

Suu Kyi, who has been Myanmar’s civilian leader since 2015, was found guilty of inciting protests against the military and breaching Covid-19 rules during last year’s polls, which her party overwhelmingly won.

The court initially sentenced her to four years but junta chief Min Aung Hlaing said he would reduce the sentence by two years and detain her in an undisclosed location, the Washington Post noted.

Western nations and United Nations officials swiftly condemned the verdict, calling it a “sham” and “politically-motivated.” They accused Myanmar’s military junta of stifling opposition and trying to “provide a legal veneer to the illegitimacy of the coup and military rule.”

Meanwhile, the Nobel Peace Prize laureate leader also faces a slew of other allegations – including violating the Official Secrets Act – that can be punished with life sentences.

In February, the military launched a coup against Suu Kyi’s government and arrested the civilian leader and her officials. That followed a win by her party in last year’s elections, a victory which the military called fraudulent.

Since the takeover, protesters have been marching in the streets to demand the return of the civilian government. The junta launched a violent crackdown which has resulted in the deaths of more than 1,300, according to the UN.

The verdict is seen as an attempt by the military to discredit Suu Kyi and prevent her from running in future elections. Myanmar’s constitution bars anyone convicted of a crime from holding high office in the executive or legislative branches. 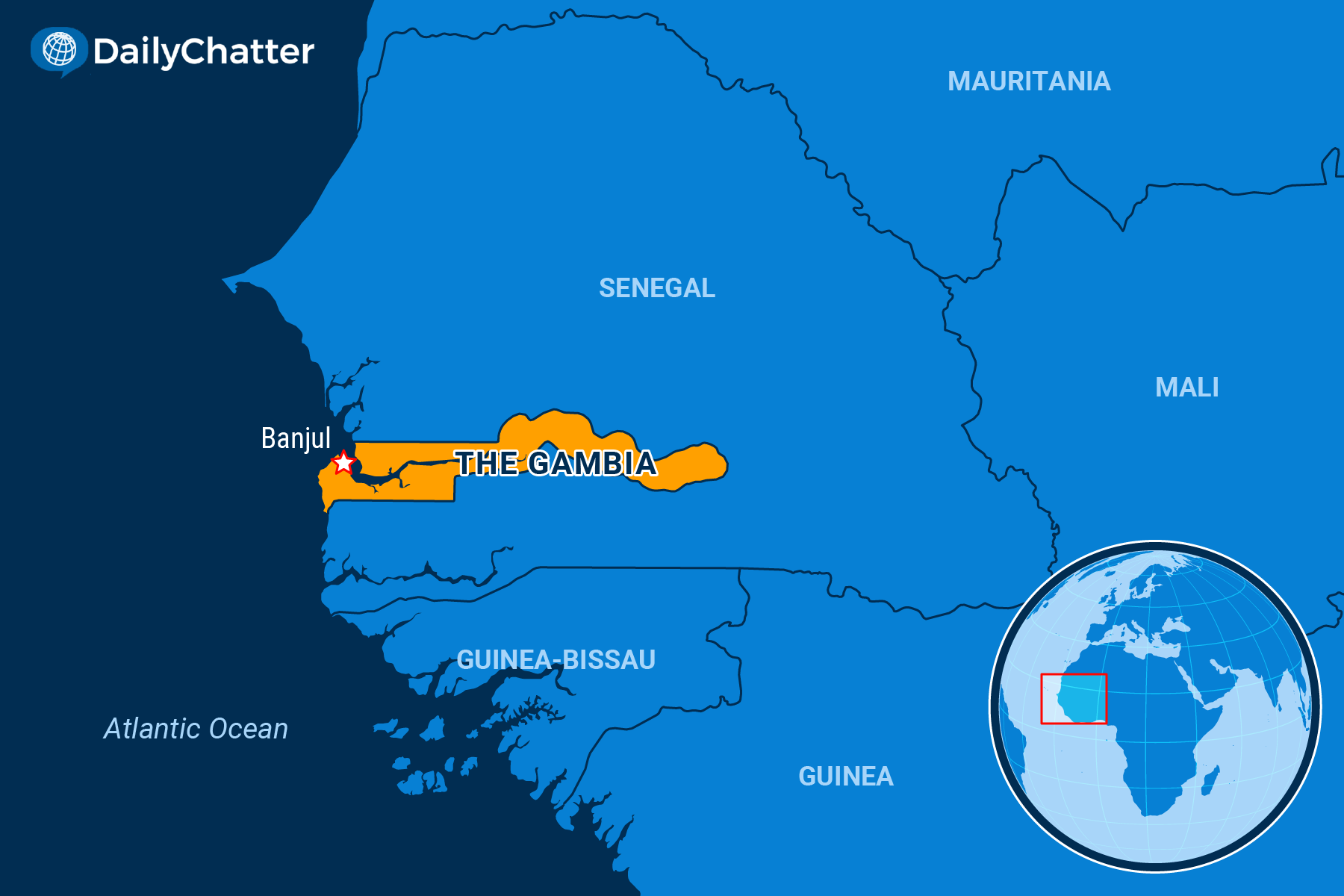 The election commission declared Barrow the winner, even after many rival candidates had initially challenged partial results that gave the incumbent a lead.

Observers from the West African regional bloc urged all candidates “to accept the outcome of the election in good faith.”

Saturday’s polls were seen as an important test for the country’s democratic transition: Jammeh had ruled for 22 years following a coup in 1994.

In 2017, the former dictator was forced into exile after Barrow – then a relatively unknown candidate – defeated him in the 2016 presidential elections.

This race was closely watched amid dubious political alliances and an odd voting system. Because illiteracy is widespread in The Gambia, some voters cast their ballots by putting a marble into a tub marked with the candidate’s color and photo.

Questions also arose over Jammeh’s continuing role in politics and possible return from exile: In September, Barrow’s party announced a pact with Jammeh’s APRC party, which some considered an electoral ploy.

Jammeh also holds significant political support in the country and many rights groups feared that the controversial alliance could diminish the chances of putting the former dictator on trial.

Last month, a truth commission created by Barrow to investigate alleged abuses perpetrated by Jammeh and his henchmen recommended the government pursue criminal charges against the former leader.

Austria swore in Karl Nehammer as the country’s new chancellor Monday, the third person to take up the position in less than two months amid an ongoing corruption scandal that has rocked the country’s political landscape, the Associated Press reported.

Nehammer, a former interior minister, replaced Chancellor Alexander Schallenberg, who took up the post in October following the resignation of his predecessor, Sebastian Kurz.

Kurz resigned after prosecutors named him as one of the suspects in a probe examining bribery and breach of trust related to his rise to power. Kurz initially decided to remain as head of the ruling Austrian People’s Party but resigned last week saying he was quitting politics.

Schallenberg followed suit, saying that the chancellor should become the leader of the conservative party and that he wasn’t planning to run for the post.

His resignation means that Nehammer will now head the party as well as the fragile governing coalition with the Greens. It’s unclear if the alliance will survive until the next elections, scheduled for 2024.

One of the first orders of business for the new leader is to grapple with the country’s new wave of coronavirus infections: Austria has imposed a lockdown until Dec. 11.

As interior minister, Nehammer was known for his tough policies on immigration but he has also spoken out about rightwing extremism and Covid skepticism, according to the New York Times.

This holiday season, shoppers should pay attention to the shopping carts they use while hunting for gifts.

That’s because a new paper has found that the type of pushcarts customers use affects their spending, International Business Times reported.

Past studies have shown that standard shopping carts with horizontal handlebars “likely” activate the triceps muscles in the arms.

Psychological research, meanwhile, has suggested that using the triceps is associated with rejecting – and pushing away – things we don’t like. But the opposite occurs when people use their biceps, which are associated with things they like – and pull them closer.

A research team closely analyzed the purchasing habits of customers using standard carts and the newly designed ones that have parallel handles – akin to the ones on wheelbarrows or walkers.

The team wrote that parallel handles activate the biceps and, consequently, cause the shopper to buy more. A field test showed that the use of the new carts “significantly and substantially increased sales across a broad range of categories”: People ended up spending 25 percent more than those using standard handles.

Their findings suggest that parallel carts could coax customers to spend more and provide greater profits for stores while using horizontal handles leads to more restraint.

“Indeed, the handles literally cause us to flex our shopping muscles,” said co-author Zachary Estes.