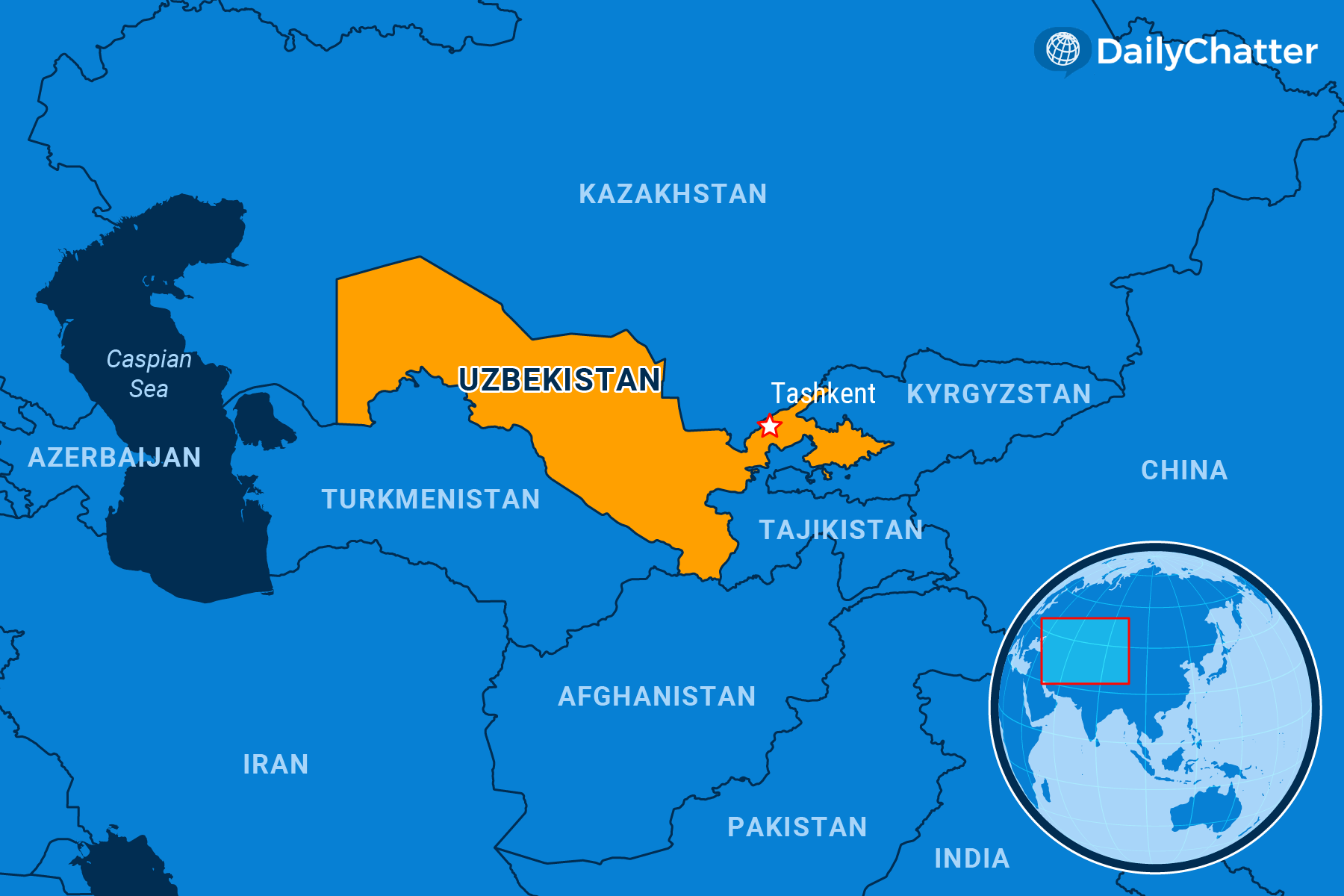 When voters in Uzbekistan head to the polls to elect a new president on Oct. 24, they will almost certainly pick incumbent President Shavkat Mirziyoyev, according to the Carnegie Endowment for International Peace.

In office since the death of his predecessor in 2016, Mirziyoyev describes himself as a reformer. But, as the expected fait accompli of the election suggests, he is likely more focused on maintaining his power over the former Soviet republic in Central Asia.

Opposition candidates, for example, have been kept off the ballot because they failed to register their parties with the government and other reasons that elicit skepticism.

“Uzbekistan could have shown its genuine commitment to meaningful reforms by allowing presidential candidates who don’t share the government’s views to participate in upcoming elections – but it did not,” said Human Rights Watch Europe and Central Asia Director Hugh Williamson.

Officials have also cracked down on media outlets that criticize the president. Earlier this year, insulting the president online became a criminal offense. Charges against bloggers have already been filed.

The suppression of civil rights extends beyond politics. Mirziyoyev released thousands of political prisoners and people jailed on charges affiliated with their religion when he first took power. But today Uzbekistan is still thought to be holding around 2,200 people on crimes associated with their faith, Eurasianet wrote.

Many of those imprisoned face terms of more than 15 years because they were members of groups deemed suspicious but officials have never presented evidence of wrongdoing, the Diplomat added.

A similar heavy-handed approach to construction in the capital of Tashkent has sparked protests against rampant development in the city, openDemocracy explained.

Meanwhile, Mirziyoyev has failed to crack down on corruption and the politically powerful people that corruption empowers. The Guardian, for example, highlighted how Gulnara Karimova, the daughter of the country’s late authoritarian ruler, Islam Karimov, received a $220 million bribe from a Swedish multinational telecommunications company.

Perhaps the president is trying to make things better. The test of whether Mirziyoyev is actually a reformer or not, however, will come at the end of his second term, wrote Voice of America. If he stands down, as the country’s constitution mandates, he’ll signal respect for the law. If he changes the constitution or ignores the law and runs for a third term, he will win the unofficial title of strongman.

Sooner or later, Mirziyoyev will have to choose because until now, voters really can’t. 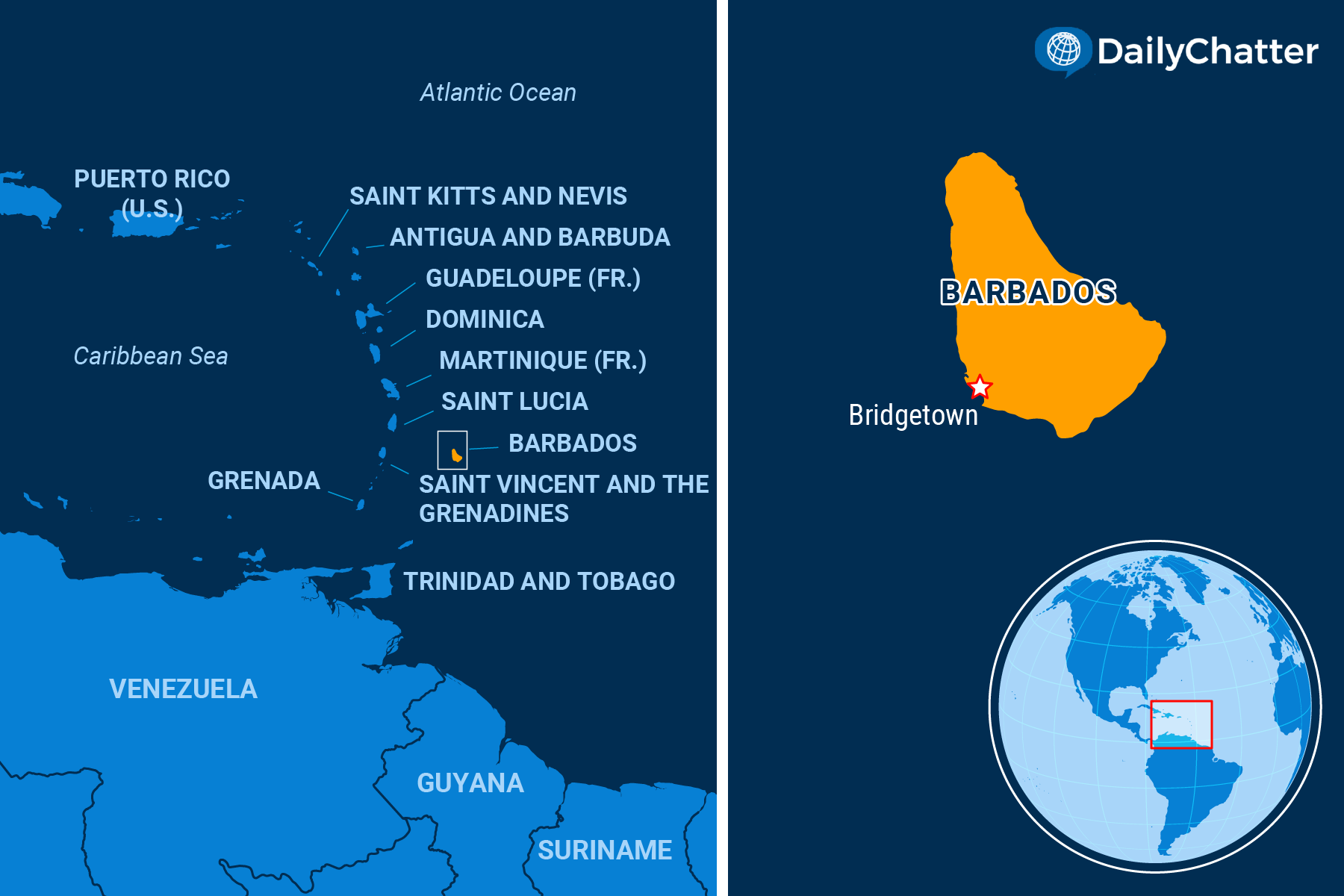 Barbados elected its first-ever president this week as the Caribbean nation prepares to remove British Queen Elizabeth as its head of state and become a republic next month, the BBC reported Thursday.

Dame Sandra Mason will be sworn in as the island’s president on Nov. 30, which will mark the 55th anniversary of independence from Britain. Mason was the first woman to serve on the country’s Court of Appeals and has been governor-general since 2018.

The historic election came after a joint session between the lower and upper houses of parliament this week, a vote that Prime Minister Mia Mottley described as a “seminal moment” for the country.

Barbados announced plans to become a republic last year, with the government saying it was time for the Caribbean country to “fully leave our colonial past behind.”

It follows the path of other former British colonies in the Caribbean: In 1970, Guyana declared itself a republic, four years after gaining independence from Britain. It was later joined by Trinidad and Tobago in 1976 and Dominica in 1978.

Jamaica, meanwhile, is still considering whether to move away from the monarchy.

The European Parliament is planning to sue the European Commission for failing to use a mechanism to punish European Union members that violate the bloc’s rules, Euronews reported Thursday.

The move follows Poland’s constitutional court ruling earlier this month that decided parts of EU law were incompatible with the Polish constitution.

The controversial ruling prompted condemnation from EU officials, with Commission President Ursula von der Leyen calling it “a direct challenge to the unity of the European legal order.”

Von der Leyen warned that the bloc would take action to cut EU funds to nations that defy bloc law, according to Reuters.

However, Parliament President David Sassoli accused the Commission of being “reluctant” to use the mechanism. He noted that the lawsuit is aimed at urging the EU’s executive arm “to ensure that EU rules are properly enforced.”

The EU mechanism caused a stir among bloc members when it was introduced at the start of the year, particularly setting off Poland and Hungary. Both nations have clashed with the EU over multiple issues, including judiciary independence and LGBTQ+ rights.

Meanwhile, the two nations have challenged the mechanism at the Court of Justice of the European Union.

Parliament wants to punish Poland for its defiance but also Hungary, following the passage of a bill that bans LGBTQ+ content from being featured in school educational materials or TV shows for children.

Spain’s southern city of Seville will become the first major city in the world to name and categorize heatwaves in an effort to tackle the hazardous effects of climate change, NPR reported.

The move would allow the city to label heatwaves in the same way tropical storms and hurricanes are named in other parts of the world. To develop the system, Seville will cooperate with a group of institutions and universities, including the Atlantic Council and the Spanish Agency for Climate Change.

The new system will categorize heatwaves based on their impact on human health. That will help authorities with disaster planning. For example, if a heatwave is ranked as hot and dangerous, city officials can open more air-conditioned shelters or add extra staff to hospital emergency rooms.

Seville Mayor Juan Espadas said the new system is aimed at raising awareness of the hazards of heatwaves on health.

The shifting climate in recent years has caused an increasing number of heatwaves worldwide: This summer, about 800 people died in the heatwave that struck the Pacific Northwest of the United States.

The southern cassowary is called the “world’s deadliest bird” and there’s a very good reason for that.

The flightless avian weighs about 120 pounds and reaches a height of up to 5.8 feet. Known for its bright blue neck and scarlet wattle, it also sports three-toed, razor-sharp talons that can inflict fatal injuries.

Recently, a research team found evidence that prehistoric humans in New Guinea raised these dinosaur-like birds thousands of years ago, according to Smithsonian Magazine.

Scientists discovered 1,000 fossilized cassowary eggshells while excavating two rock shelters in New Guinea. In their study, they wrote that the eggs are estimated to be between 6,000 to 18,000 years old.

The researchers noted that some of the eggs had burn marks, suggesting that the ancient humans were consuming them. Their findings also showed that the people may have harvested and eaten late-stage fertilized eggs – known as balut, which are still eaten today as street food in some parts of Asia.

But other eggs show signs that humans had possibly domesticated the birds, primarily for their meat and feathers.

The team noted that gathering the eggs was not an easy task for humans back then, since the intimidating avian is fiercely aggressive and protective of its nests.

Even so, they added that this intimate knowledge of the bird’s nests is proof that early humans were more capable of sophisticated intelligence than previously thought.