Israeli Prime Minister Naftali Bennett is a far-right leader who cobbled together opposition parties from across his country’s broad political spectrum, including an Islamist party, in order to replace Benjamin Netanyahu.

The deal could bring an end to Israel’s incredibly unstable political system – four snap elections since 2019 and Netanyahu facing corruption charges in court amid fighting between the Israeli military and Hamas militants in the Gaza Strip, the Guardian explained.

“Israel’s most diverse coalition ever reaffirms the Middle East’s ‘miracle’ democracy,” was the headline of a Los Angeles Times op-ed written by Michael Oren, Israel’s former ambassador to the US.

But there are already cracks in the coalition.

The coalition couldn’t muster sufficient votes to extend a law that bars Palestinians married to Israelis from becoming citizens, CNN wrote. Netanyahu’s conservative Likud Party, which supported extending the law, voted against it to hurt Bennett’s administration. The Islamist Ra’am Party split its votes, preventing a majority. The legislation usually passes annually without much notice.

This dispute is only the beginning.

Coalition leaders recently asked Israel’s supreme court to decide on a law that bans same-sex couples from becoming parents through surrogates, the Washington Post reported. The court had given lawmakers a year to amend the law but officials said they didn’t expect to come to an agreement on new legislation because the parties in the coalition simply don’t agree on the issue.

For example, some of the coalition members celebrated the court’s subsequent decision to permit surrogacy for same-sex parents. Others disagreed with the court.

Recently, the Ra’am Party also announced that they would boycott votes in parliament if Bennett didn’t respect their views, Prensa Latina wrote. Soon after the announcement, the government announced that the Authority for Development and Settlement of the Bedouin in the Negev would move from the Economy Ministry to the Welfare Ministry – a move Ra’am had been seeking, according to the Times of Israel.

Another government decision, meanwhile, to slash daycare subsidies for ultra-Orthodox Israelis has angered other members of the coalition.

The government might seem precarious but everyone in it has many reasons to want to keep it together and Netanyahu out of power, Foreign Policy magazine said.

That theory is likely to be put to the test, sooner rather than later.

The United States and its allies jointly condemned China on Monday for state-sponsored cyberattacks, a move that could further escalate tensions between the West and Beijing even as it stopped short of full censure or sanctions, CNBC reported.

Western nations said criminal contract hackers working for China’s Ministry of State Security have been responsible for multiple cyberattacks this year, including cryptojacking and ransomware.

The accusations include one against the Chinese ministry as being responsible for the massive hack on the Microsoft Exchange email servers earlier this year: The attack is believed to have hit at least 30,000 American organizations and hundreds of thousands more worldwide.

Microsoft identified the relatively unknown Chinese espionage group Hafnium as responsible for the attack but investigators only recently were able to establish evidence that the hackers were on the Chinese state payroll.

The announcement also marks the first time that the NATO defense alliance officially accused China of cyberattacks and called it a security risk, the Hill reported.

The joint condemnation comes amid a number of diplomatic and economic sanctions against China over its alleged human rights abuses in Hong Kong and the Xinjiang region.

The Eyes Have It

An international investigation by multiple news outlets found that an Israeli security firm has provided governments with spyware used against activists, journalists, business executives and politicians around the world, Agence France-Presse reported.

A report released by the Washington Post showed that the Israeli-based NSO has been linked to a list of 50,000 smartphone numbers believed to have been identified as persons of interest by the firm’s clients since 2016.

The leaked list was shared with news organizations by the French-based nonprofit Forbidden Stories and Amnesty International.

The report alleges that NSO’s clients have used the company’s Pegasus malware to spy on individuals worldwide: About 15,000 numbers in the list were in Mexico and included politicians, union representatives and government critics.

In India, the list also included 300 mobile phone numbers that included 40 journalists from major publications such as the Hindustan Times and the Hindu.

Forensic analysis by the Post also showed that Pegasus was used in the “attempted and successful” hacks of 37 smartphones including those of two women close to Saudi journalist Jamal Khashoggi, who was murdered in 2018 by a Saudi hit squad connected to the crown prince.

The report also identified more than 1,000 people in more than 50 countries as spied on.

The Pegasus software initially came into prominence in 2016, when researchers accused NSO of helping spy on a dissident in the United Arab Emirates.

The leaks have raised fears over privacy and human rights as well as sparked concerns over Pegasus’ far-reaching use by NSO’s clients.

The company denied the recent allegations and has threatened a defamation lawsuit. NSO maintains that its software is sold “solely to law enforcement and intelligence agencies of vetted governments for the sole purpose of saving lives through preventing crime and terror acts.” 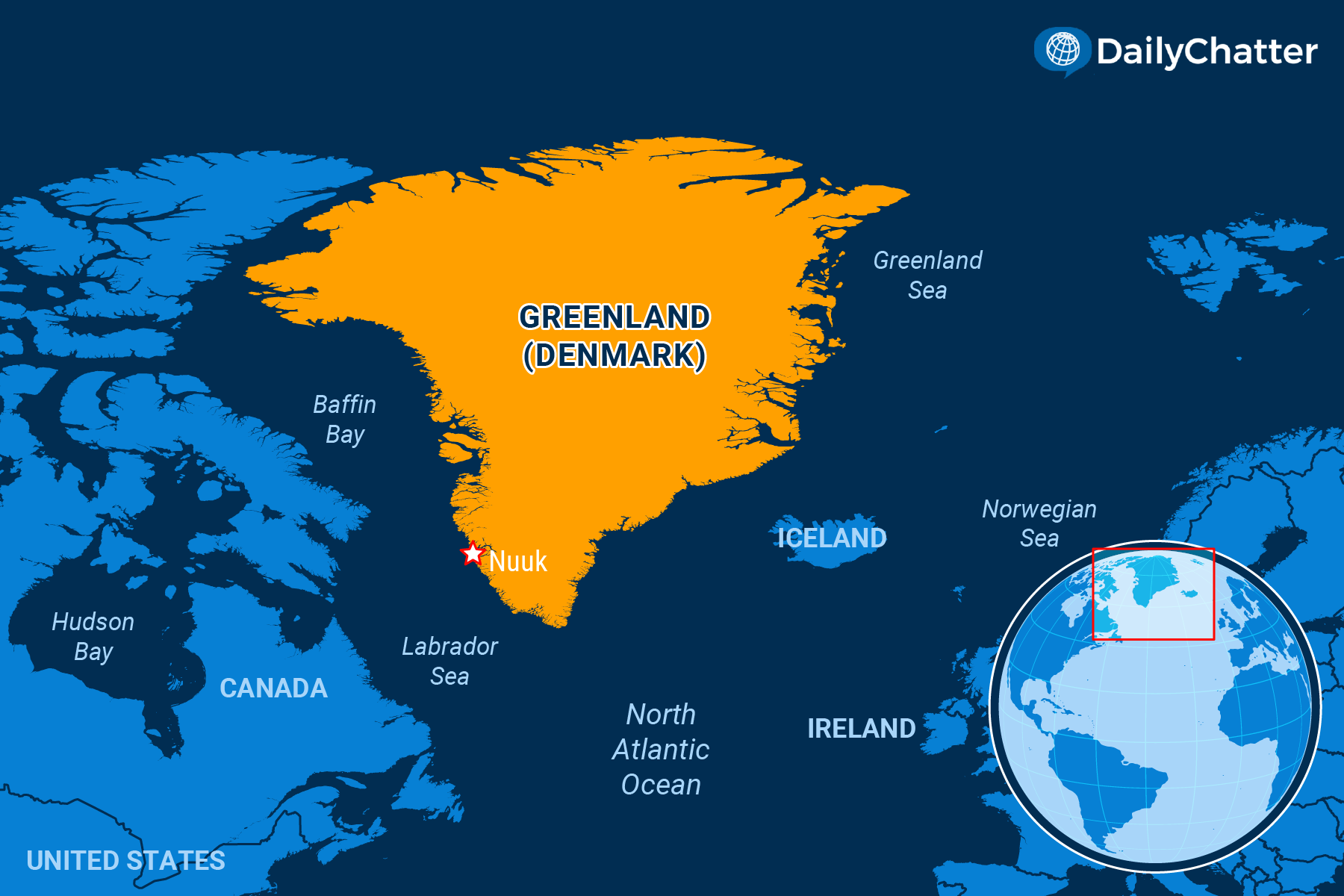 Greenland decided to suspend all oil and gas exploration this week, with the government calling the move a “natural step” in its commitment to fight climate change, Newsweek reported.

Although no oil has been found off the coast of Greenland, scientists and officials believe the country is sitting on extensive oil reserves: The United States Geological Survey estimates there could be 17.5 billion barrels of oil and 148 trillion cubic feet of natural gas off its coast.

Currently, Greenland has four active hydrocarbon exploration licenses, two of which are owned by small companies.

Meanwhile, the government is also planning a bill that would ban exploration and extraction of uranium, an important radioactive element used as fuel for nuclear energy, according to CBS News.

Climate change is a serious concern in Greenland: A recent study found that Greenland is seeing the fast rate of melt-off of its glaciers in 12,000 years, the Washington Post reported.

The decision to suspend oil and gas exploration, however, could impact Greenland’s plans for financial independence: The autonomous territory is part of Denmark, which pays an annual subsidy of about $540 million to the island.

Denmark is also responsible for the territory’s foreign, defense and security policy.

An international research team recently studied about 300 human fossils collected from Europe, Asia and Africa. They then combined this data with climate change models to understand the role that climate had in the evolution of prehistoric humans.

In their paper, the team said that the human ancestors and the Neanderthals living in chillier areas had generally larger bodies – therefore providing conclusive proof that climate and human body size are connected.

Even so, bigger bodies don’t mean big brains: The team noted that the rapid increase of human brain size over the last million years was not connected to the climate.

“For brains, you need other explanations,” said co-author Andrea Manica.

Instead, Manica and his colleagues believe that factors such as diet, the development of complex social structures, as well as group communication led to our predecessors having bigger brains.

As the current climate is warming, many are wondering if humans will eventually shrink in the future.

The authors said that no, downsizing will not happen anytime soon: It would take hundreds – or even thousands – of years and the changes would be incremental – about two pounds per two degrees Celsius of warming.

“We’re not going to shrink tomorrow,” Manica said. “That’s the good news. But climate change is problematic for many other reasons.”