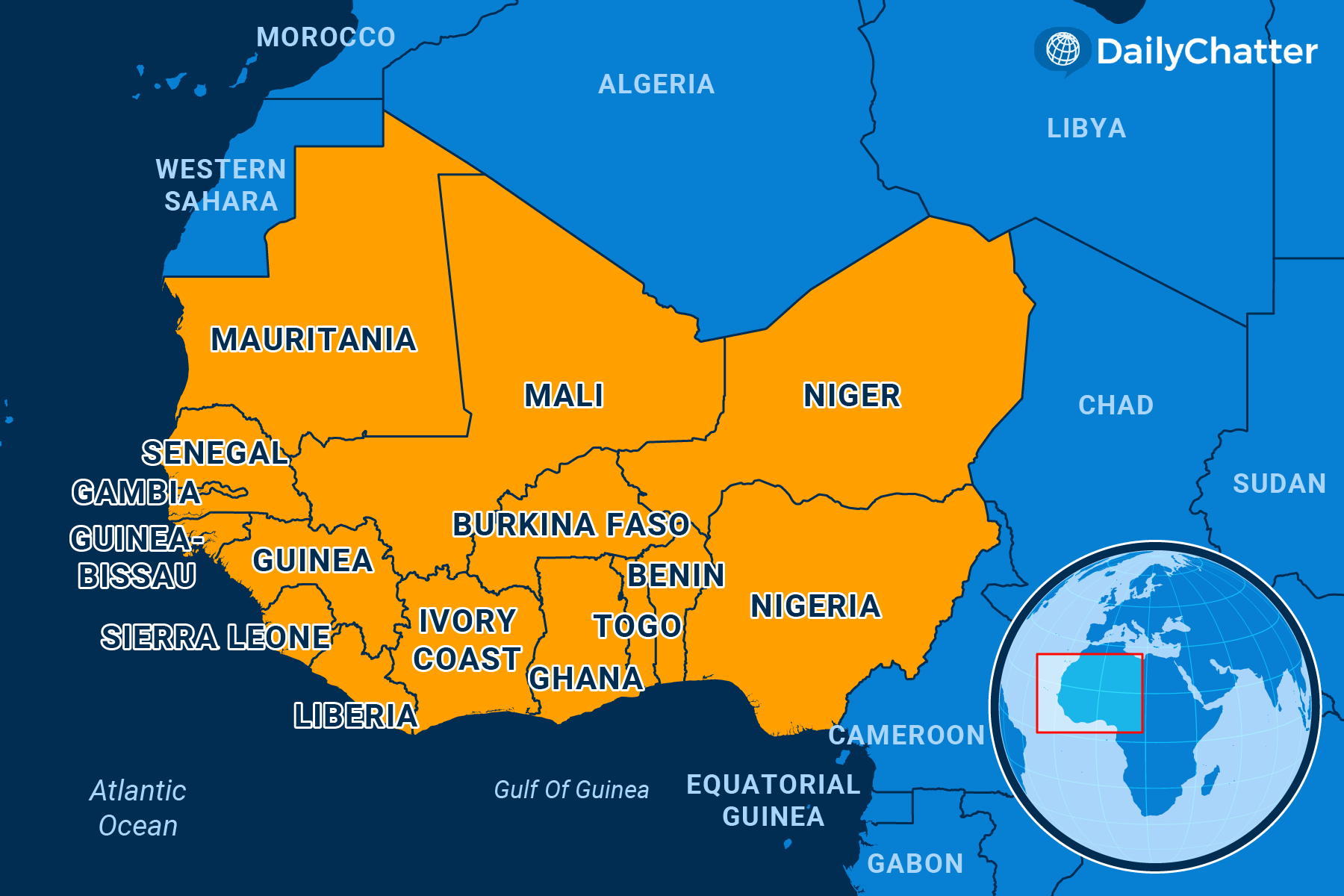 President Emmanuel Macron recently apologized for his country’s role in the massacre of thousands of Rwandans in the 1990s when Paris supported the African country’s murderous regime. “In ignoring the warnings of the most clear-sighted observers…France bore damning responsibility in a chain of events that led to the worst,” he said, asking for forgiveness, according to the Economist.

More concretely, Macron is also pulling back on France’s military presence on the continent, especially in Mali and surrounding nations where the former colonial power has long dispatched troops in the name of stability, the Washington Post reported. In recent years, French, as well as American and other Western troops, have been fighting militants affiliated with al Qaeda and the Islamic State.

Writing in the Conversation, King’s College London doctoral candidate Folahanmi Aina saw the pullout as a chance to develop new ways to assist the region. If France and others could help develop good governance in the region – functional executive and legislative branches, courts and other institutions, for instance – then they could break the cycle that leads to violence, he argued.

But others see a disaster in the making as weak governments face off against Islamist militants. Macron is eyeing the withdrawal of more than 5,000 troops from Mali and the region. That followed the dismay over a recent coup he suggested could result in new leaders with Islamist views, Voice of America reported.

Meanwhile, nearby Burkina Faso has already seen villages descend into lawlessness when the French troops depart, Al Jazeera noted. The situation is so dire that thousands hit the streets in protest over the weekend, demanding the government step up, Africanews reported.

Such fears are one reason that American officials have not been quick to support French efforts to expand United Nations forces in the region to replace departing French soldiers, Foreign Policy magazine wrote.

Still, Macron is answering the demands of the French public, which is sick of the country’s overseas adventures. The war against terror has created tensions in secular France, too.

France is among the most hated countries among radical Islamists, VICE News wrote. Islamist terror attacks have killed scores in France while far-right French politicians cite the violence as evidence for stricter policies against non-French (read: Islamic) influences in society. The gulf, some say, is widening because of these policy moves. One notable exception is in the French military, the New York Times noted, where Muslim soldiers are well integrated.

Regardless, moves big and small will be necessary for France to turn the page on this episode in its history abroad, and the repercussions at home.

Israeli lawmakers failed on early Tuesday to extend a family reunification law that bars automatic citizenship for Palestinians from the West Bank and Gaza who marry Israelis, a vote that marks a major setback for the new ruling coalition, the Associated Press reported.

The 59-59 vote came after an all-night session in parliament and was considered one of the major tests for the government of Prime Minister Naftali Bennett.

The law was initially passed in 2003 and has been renewed annually. The coalition government – including nationalist, centrist and Arab parties – sought to extend the law by another year before it expired on Tuesday. But in-fighting broke out over it.

Last week, the new and fragile coalition postponed the vote to extend the law after it realized it had yet to secure a majority.

Leftwing and Arab coalition members have denounced the law as discriminatory against the country’s Arab minority. Right-wing parties, meanwhile, say the law is necessary for Israel’s security and to preserve its Jewish character, according to the Wall Street Journal.

The law also sparked debate among opposition factions, including the Likud party of former Prime Minister Benjamin Netanyahu. Likud lawmakers, in principle, support the law but voted against it to embarrass the governing coalition.

Failure to renew the law has raised hope for many Arab families affected by the legislation: Palestinians in the West Bank and Gaza who are unable to get permits to live with their partners inside Israel have faced risks of deportation, according to AP.

More than 1,000 Afghan soldiers fled to neighboring Tajikistan following clashes with the Taliban, amid rising insecurity in Afghanistan and increasing territorial gains made by the militant group, the BBC reported Monday.

Tajik officials said the troops retreated across the border to “save their own lives.” The soldiers were just the latest group to seek refuge in neighboring nations as the armed militants advance: The retreat is the third time Afghan soldiers have fled to Tajikistan in three days, while other troops have reportedly crossed the Pakistani and Uzbek borders.

Violence has surged in Afghanistan as the NATO coalition troops ended their 20-year mission in the country. The troops are leaving before a September deadline.

The volatile situation and the increasing gains made by the Taliban, which control one-third of the country, have raised fears that the Afghan army will collapse.

The Taliban denies responsibility for the recent spike in violence, saying that many districts had fallen to the group through mediation after Afghan soldiers refused to fight.

Meanwhile, neighboring countries are bracing for a potential influx of refugees escaping the Taliban, who have been accused of various human rights abuses.

Chile’s constitutional assembly chose an Indigenous Mapuche woman to lead the drafting of a new constitution to replace the one adopted during the dictatorship of Augusto Pinochet, Al Jazeera reported.

Nearly 100 delegates of the assembly – including 17 Indigenous people that make up the body – picked independent delegate Elisa Loncon, a university professor and activist for Mapuche educational and linguistic rights.

Loncon welcomed the decision to allow “a Mapuche person, a woman, to change the history of this country.”

Her selection marks another highlight for Chile’s constitutional assembly: Chilean voters opted to elect dozens of progressive and independent delegates to redraft the constitution amid frustration with the political status quo.

The election was a major blow for conservative candidates, who failed to secure a third of the seats needed to veto any proposals.

Analysts said that one of the main challenges will be to build trust and cooperate in redrafting Chile’s main legislation.

The assembly will need two-thirds of the vote to approve each new article. It will have nine months – with a possible three-month extension, to draft a new document to be voted on in a referendum.

The previous constitution was widely unpopular and seen as a source of social inequality in Chile, despite being amended over the past few decades.

The Sound of Growth

Scientists have discovered that sounds and noises have a major impact on the development and growth of embryos in birds, lizards and insects, Inside Science reported.

Researcher Mylene Mariette noticed the impact while studying zebra finches: She observed that the solo parent would produce a knocking sound while nesting its eggs.

Mariette later conducted an experiment using an artificial incubator to hatch two groups of eggs – one without the calls, the other subject to a recorded call from the parents.

To her surprise, the hatchlings that heard the calls were smaller than the siblings that didn’t but they had more offspring over the course of their lives.

In a recent review, she and her team found that acoustic signals like clicks and knocks help baby animals inside an egg or womb adjust to the outside world and increase their survival chances.

Previous research has come across this phenomenon, known as “acoustic development programming,” in humans but there aren’t many studies on other animal species.

The team wrote that developing animals use acoustic signals for many reasons, not just immediate threats.

“… the way they use it varies a lot, and … this is probably a lot more common than we know,” explained Mariette.

The researchers said the findings have important implications as the world gets warmer and louder. Mariette noted that in birds, it could allow their offspring to adapt to the new environment and reduce the impact of climate change on their populations.