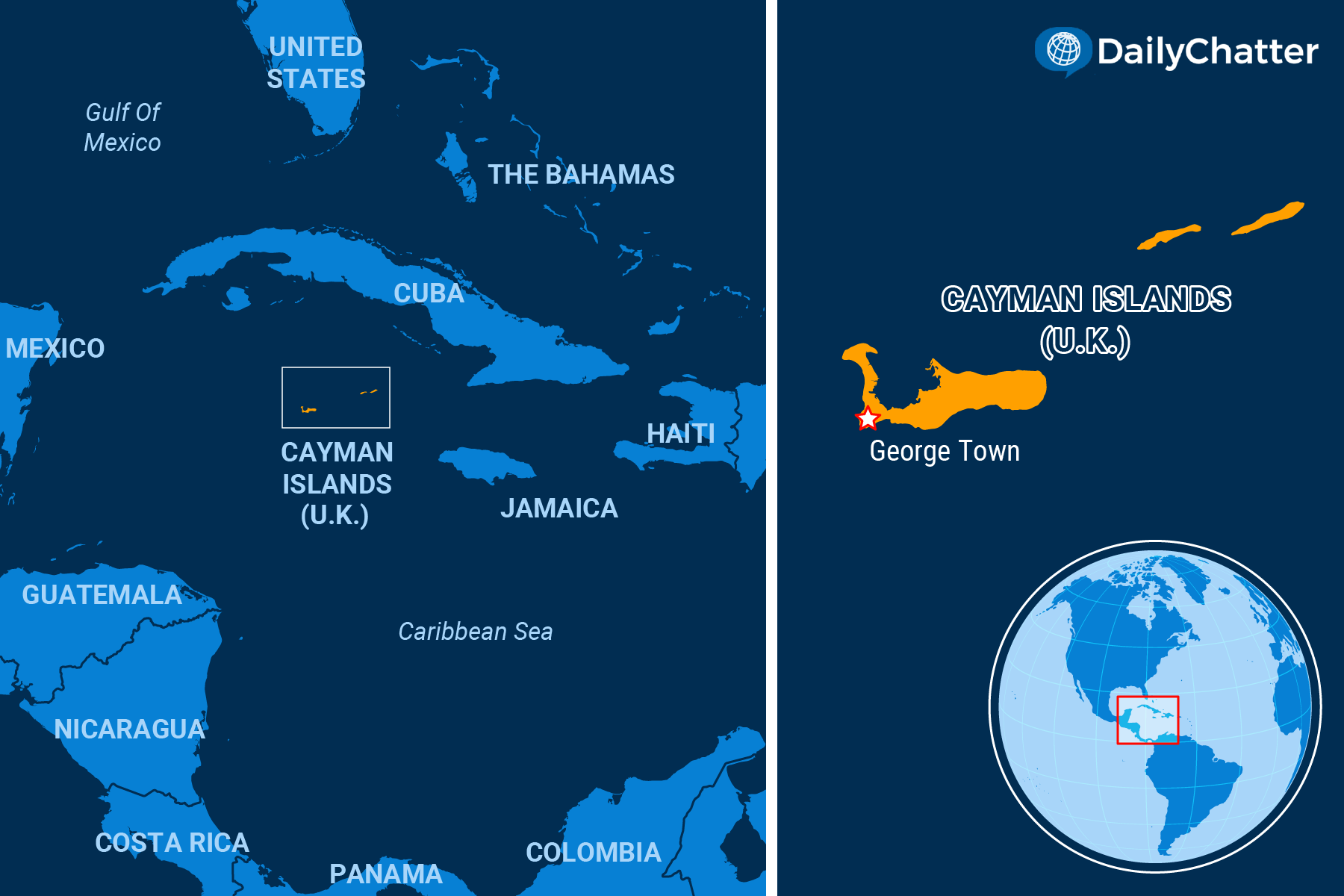 The European Union removed the Cayman Islands from its so-called tax haven blacklist late last year. The move made it easier for investors to move money through the jurisdiction, wrote the Devpolicy Blog, a publication of the Australian National University.

Financiers cheered the move. Cayman Islands-based Allison Nolan, a boutique corporate governance provider, argued in an op-ed in Bloomberg Tax that the EU’s decision reflected tax transparency in the Caymans.

But EU’s announcement shocked many observers, according to the Organized Crime and Corruption Reporting Project. After all, the Caribbean archipelago is considered the most egregious tax shelter in the world. Taxes and regulations are light. The country holds assets – usually American and European corporate profits steered to the Caymans rather than government coffers – that are 1,500 times the size of its economy.

“Formerly a rather lawless turntable for drugs smuggling and money laundering, Cayman has steadily moved upmarket and much of its business today comes from the world’s biggest banks, corporations (and) hedge funds,” wrote the Tax Justice Network.

Now plans are afoot to grab some of that cash. As Fast Company explained, American officials have proposed a global minimum corporate tax rate last month that in theory could upend the Caymans’ business model. A minimum rate could prevent a race to the bottom where countries entice companies to establish subsidiaries and move cash around in a bid to avoid the tax collector in their native lands.

Global leaders would need to determine who should collect the tax – where companies operate or where they are headquartered is one detail to hammer out, for instance, noted the Atlantic Council in a blog post. The post detailed how average global corporate taxes have declined from 40 percent in 1980 to almost 24 percent today in part because of competition from tax shelters.

Britain is one of the few major industrial nations that appear to be resisting the idea, reported Bloomberg. The Caymans are a British overseas territory.

Elements within the Caymans are certain to oppose the global tax idea, too. The Maples Group, one of the island’s largest financial and legal services firms, is challenging anti-money laundering legislation in court, for example, saying the regulations are unclear, the Cayman News Service wrote. Officials responded to the legal challenge by saying that Maples was “irresponsible and crafty,” added the Loop, a local publication.

In the wake of the coronavirus, however, when so many suffered while multinational corporations thrived, many view the time as ripe for a dramatic change.

Hong Kong authorities barred democracy advocates for the second year in a row from holding a candlelight vigil in honor of the victims of the 1989 Tiananmen Square crackdown, Bloomberg reported.

Police officials denied the application for a public event on June 4, citing coronavirus restrictions on gatherings larger than four people. The rejection allows officers to detain organizers and attendees if the vigil goes ahead.

Pro-democracy groups said the move is part of China’s attempt to tighten its grip on the former British colony.

For three decades, the pro-democracy groups in Hong Kong had commemorated the crackdown in which party leaders sent the military into Beijing’s Tiananmen Square and surrounding streets to clear the student-led demonstrations. The unknown death toll is estimated at hundreds to thousands.

Last year, thousands gathered near the memorial in Hong Kong’s Victoria Park to mark the 31st anniversary of the massacre, despite officials refusing to grant a permit for the vigil.

In 2019, the event attracted more than 180,000, according to the organizers, making it the largest turnout since the vigils began in 1990.

The Tiananmen Square massacre unfolded after the British government signed the 1984 Sino-British Joint Declaration that would later hand over Hong Kong to China in 1997 – which sparked fears among residents about the city’s future.

Tensions between the United States and Canada escalated this week after Washington announced plans to sue Ottawa over its dairy practices and for breaching the US-Mexico-Canada agreement, the continent’s updated free trade pact, the Guardian reported Thursday.

The US alleges that Canada is still using the system to favor Canadian dairy producers, despite pledges to allow more imports without exorbitant tariffs.

Canadian Trade Minister Mary Ng said the government would “protect and defend” the practice: Many of the farmers who benefit from the program are in the province of Quebec, a key electoral battleground.

The lawsuit underscores that relations between the neighboring nations have yet to improve following the presidency of Donald Trump, who slapped tariffs on Canadian steel and aluminum and called Canadian Prime Minister Justin Trudeau “two-faced.”

The relationship has become strained over other lingering issues, such as tariffs on Canadian softwood lumber.

Canada has also grown frustrated that the Biden administration hasn’t publicly supported Canada in a dispute with Michigan over Line 5, an oil and natural gas pipeline that Ottawa says is critical to its economy and energy needs.

Switzerland ended talks to update its bilateral relationship with the European Union, a move that could harm ties between the two trading partners and jeopardize the capital city of Bern’s position in the European single market, the Telegraph reported.

Swiss officials pulled out of talks that were seven years in the making: The EU and Switzerland have been negotiating a single overarching treaty that would replace the 120 separate bilateral agreements between them.

The government cited “substantial differences” between the two on key aspects of the treaty, including the EU’s demand for full access to the Swiss job market. Swiss ministers said that the demand would have led to non-Swiss citizens being able to claim social security in the country.

EU officials, meanwhile, accused Swiss negotiators of refusing to ensure a “level playing field” on issues such as state subsidies and regulatory alignment.

Others warned that without the overarching deal, Switzerland’s access to the Single Market would “erode” over time: The EU is Switzerland’s largest trading partner, accounting for about 42 percent of Switzerland’s exports and 50 percent of its imports.

Switzerland is not a member of the bloc and not part of the EU’s Customs Union, however, and can negotiate its own trade deals.

EU-Swiss relations have been historically close but complicated: In 2019, the bloc refused to renew equivalence for Swiss stock exchanges – a type of market access for financial services – in a bid to force Bern back to the negotiating table over the new treaty.

Found on a hillside in Dorset, the 180-foot-tall figure depicts a naked and well-endowed giant holding a club.

Researchers have come up with various theories about the giant’s origins, ranging from prehistoric deities to an insult directed at the 17th-century English statesman Oliver Cromwell.

But a new study on sediment analysis revealed that the mythical figure dates back to the medieval period of the Anglo-Saxons, according to the Guardian.

A research team studied samples that show when individual grains of sand in the sediment were last exposed to sunlight. Their findings suggested a date range between 700 CE and 1100 CE, which “flabbergasted” researchers.

But it’s still unclear why the giant is there at all.

In 978 CE, the Cerne Abbey was founded nearby, supposedly to lure locals away from worshiping an early Anglo-Saxon god called Heil or Heilith. The team, however, dismissed the theory that the figure depicted Heilith, since the church made no mention of the giant.

Others highlight how the giant has a connection with paganism, adding that the findings shed important light on the phenomenon of other chalk hill figures in Britain.

“Archaeologists have wanted to pigeonhole chalk hill figures into the same period,” said geoarchaeologist Mike Allen. “But carving these figures was not a particular phase – they’re all individual figures, with local significance, each telling us something about that place and time.”