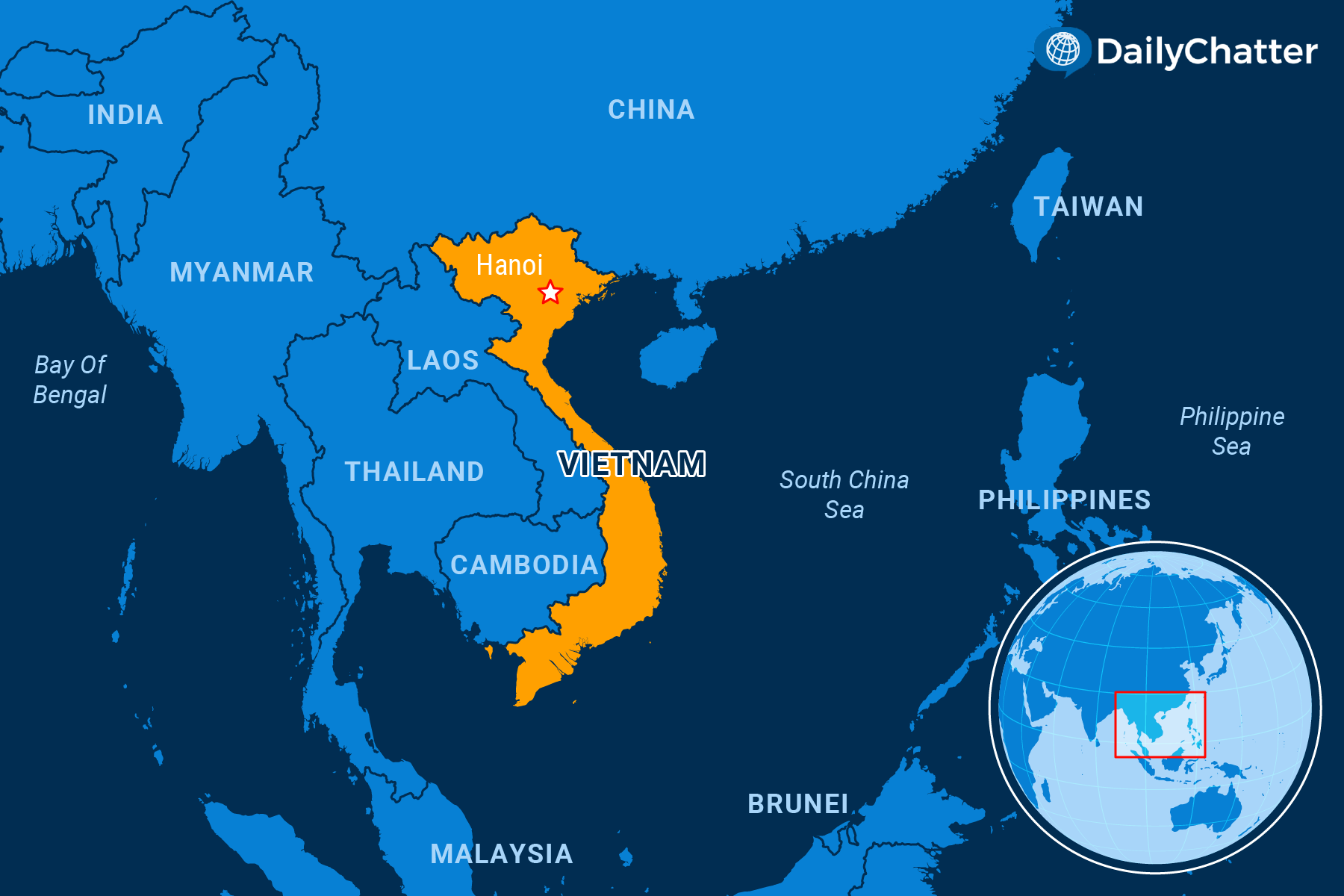 Vietnam and Laos fought against the United States together during the Vietnam War. Laos was essential to the construction of the Ho Chi Minh trail that helped the North Vietnamese forces to ultimately prevail.

But Vietnam has been investing heavily in Laos recently and engaging with its ally more closely to prevent China from gaining too much influence in the region, wrote the East Asia Forum, an Australian academic initiative.

For the same reason, Vietnam is also holding discussions with Japan about China’s growing influence in the South China Sea and beyond, reported the Diplomat. Japan, in turn, is helping Vietnam distribute Covid-19 vaccines.

Internally, Vietnamese leaders are working hard to keep their country’s growth increasing at healthy rates despite the coronavirus pandemic. Vietnam is one of the fastest-growing economies in the world. Growth is expected to hit 6.5 percent this year, Bloomberg reported.

Vietnam’s track record against Covid-19 has been impressive throughout the pandemic. The country instituted mass testing and strict quarantines, Reuters wrote. But officials were afraid a recent outbreak might expand and become a full-blown crisis.

These points illustrate how Vietnam has plenty of big challenges that many voters will no doubt keep in mind as they elect members of the National Assembly on May 23. The Assembly elects the prime minister, president, party general secretary and chair of the National Assembly, explained ASEAN Today, a commentary website of the Association of Southeast Asian Nations devoted to the region.

The election won’t likely represent the full will of the people, however. The National Assembly, though technically powerful, is a rubber-stamp chamber, Al Jazeera wrote. President Nguyen Xuan Phuc, elected last month by the previous Assembly, will be reaffirmed in office. Meanwhile, the Communist Party holds the real power in the country. Party General Secretary Nguyen Phu Trong is the captain of the government.

The apparatchiks retain power by making sure elections aren’t free and fair. Authorities have systematically squelched the campaigns of independent candidates, charging them with crimes like “opposing” the state that carry sentences as long as 20 years, according to Amnesty International.

One group enjoying more power and access to the Vietnamese government, however, is the military. More army generals recently joined the party’s politburo. The army has also expanded its economic role in “manufacturing, telecommunications, information technology, banking, transport and construction,” the South China Morning Post reported, suggesting that the Communist Party wanted to keep the military close as its power grew.

The communists and military brass have a lot to lose if economic growth plunges. But so do voters.

The European Union and the United States agreed Monday to start talks to address a dispute over steel tariffs imposed by the US government in 2018, Bloomberg reported.

The bloc said that it will temporarily suspend increased tariffs on US products next month.

In 2018, Former President Donald Trump imposed a 25 percent steel tariff along with a 10 percent duty on aluminum imports, using an arcane national-security provision from a 1962 trade law.

The EU initially contested the move and tried to reach a deal with the Trump administration. It later retaliated by putting tariffs on $7.78 billion worth of US exports including bourbon and Harley Davidson motorcycles, according to CNBC.

The truce comes after weeks of talks between senior trade negotiators as both are trying to avoid an escalation and reestablish their economic alliance.

Earlier this year, the EU and the US agreed to suspend duties and ease a 17-year dispute over illegal aid to aircraft manufacturers Airbus and Boeing.

Next month, President Joe Biden will participate in the US-EU Summit in Belgium where he and his European counterparts are planning to discuss trade cooperation. 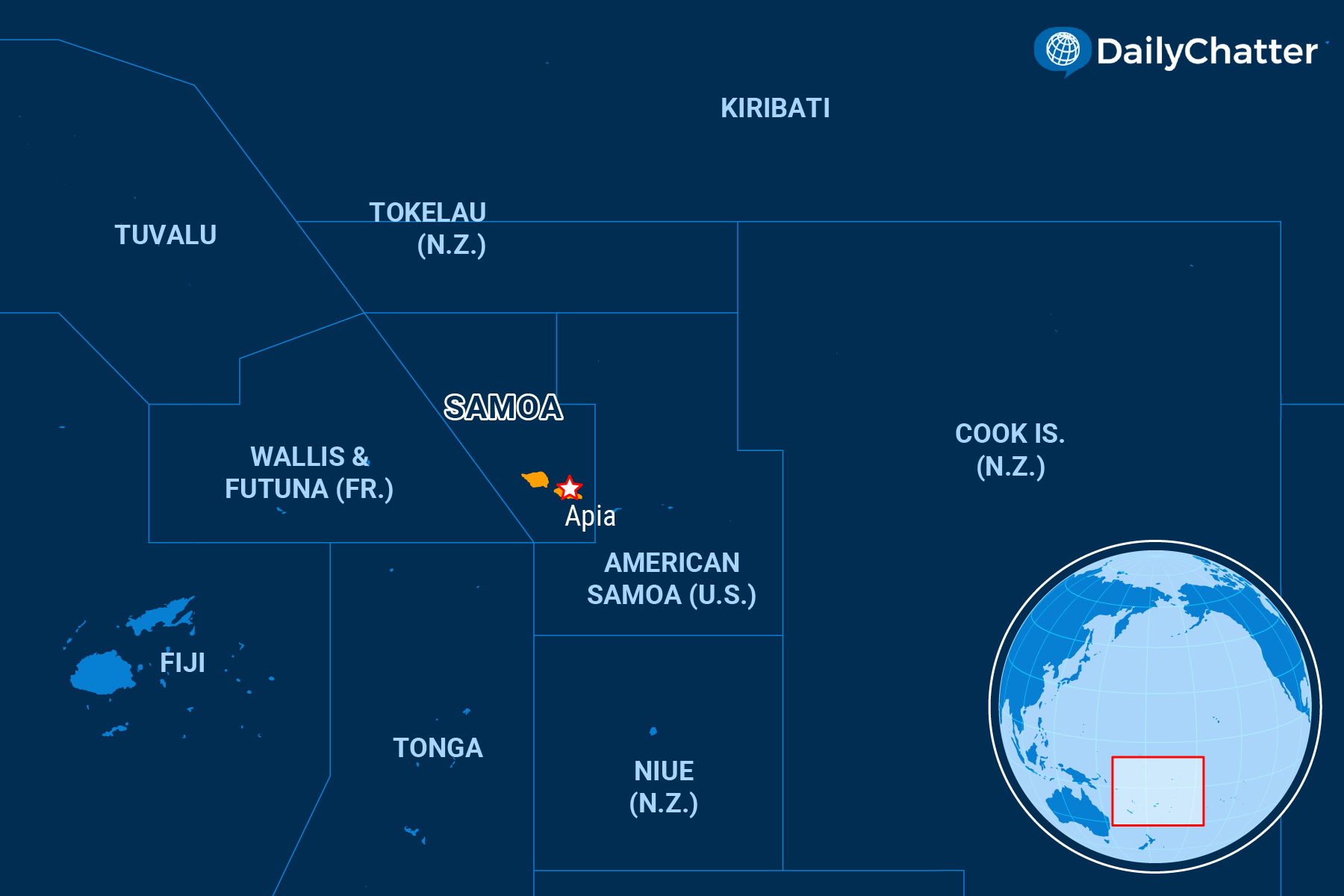 The April parliamentary elections ended in a 25-25 tie between the ruling HRP Party of Prime Minister Tuilaepa Sailele Malielegaoi and the FAST Party of women’s rights activist Fiame Naomi Mata’afa. One seat went to an independent candidate.

While the independent candidate joined the FAST party, the electoral commission appointed another HRP candidate, saying it was required to conform to gender quotas – resulting in another 26-26 tie.

Following the deadlock, Tuilaepa – who has been ruling for 22 years – announced fresh elections to break the tie, a move seen by many as an attempt to cling to power.

Fiame’s party appealed to the country’s Supreme Court, which ruled Monday against new polls and the appointed candidate, restoring the FAST party to a 26-25 majority.

Her victory is a landmark political moment for the traditional and Christian nation of 200,000, which has had few female leaders.

Chilean independent and left-leaning candidates secured the majority of the seats in Sunday’s elections to pick the 155 delegates that will draft a new constitution in the South American nation, Reuters reported Monday.

With more than 90 percent of the votes counted, President Sebastian Pinera’s center-right Chile Vamos coalition only secured one-fifth of the vote.

Candidates of the ruling coalition also suffered defeats in mayoral, gubernatorial and municipal elections held simultaneously, which underscores a loss of support for Pinera’s government ahead of the general and presidential polls in November.

The new delegates will decide how to rewrite the current constitution drafted during the 1973-1990 dictatorship of Augusto Pinochet, which is widely perceived as favoring big business over the rights of ordinary citizens.

Delegates will spend 12 months debating and formulating the new text, which will then be voted on in a referendum. If it fails, Chile will revert to the current constitution.

Major points of contention are potential changes to private land and water rights as well as reform of employment legislation that could threaten the interests of traditional investors.

Pinera warned that some changes could threaten Chile’s status as one of the wealthiest and most stable democracies in the region.

From painting Starry Night to constructing the tallest building in the world, humans display remarkable ingenuity. But where does it come from?

The first-ever study of its kind has identified genes for the emergence of creativity in Homo sapiens that set them apart from close relatives like the Neanderthals and allowed them to avoid extinction, reported Agence France-Presse.

The multinational research effort identified 267 genes found in modern-day humans that gives them an evolutionary advantage in behavioral characteristics like creativity and cognitive abilities of self-awareness over chimpanzees and the extinct Neanderthals.

The human genome diverged from the DNA of its close relatives about 10 million years ago and the unique set of genes play an important role in improving social well-being, by regulating habits toward individual goals and values.

“We found that the adaptability and well-being of Neanderthals was about 60 to 70 percent of that of Homo sapiens,” said lead author Robert Cloninger.

This adaptation may have significantly informed the evolution of Homo sapiens to outlive the Neanderthals and migrate successfully to other areas.

However, human behavior is not just fixed by genes.

Authors of the study write that humans have adapted to overcome social challenges, communicate in large groups and support their community through sometimes diverse and harsh climatic conditions.

Creativity flourished in those circumstances along with technological innovation, prosociality, and exploration.

Co-author Coral del Val adds that “learning more about these regulatory genes unique to modern humans may help us to promote human well-being as we face … new environmental and social challenges.”