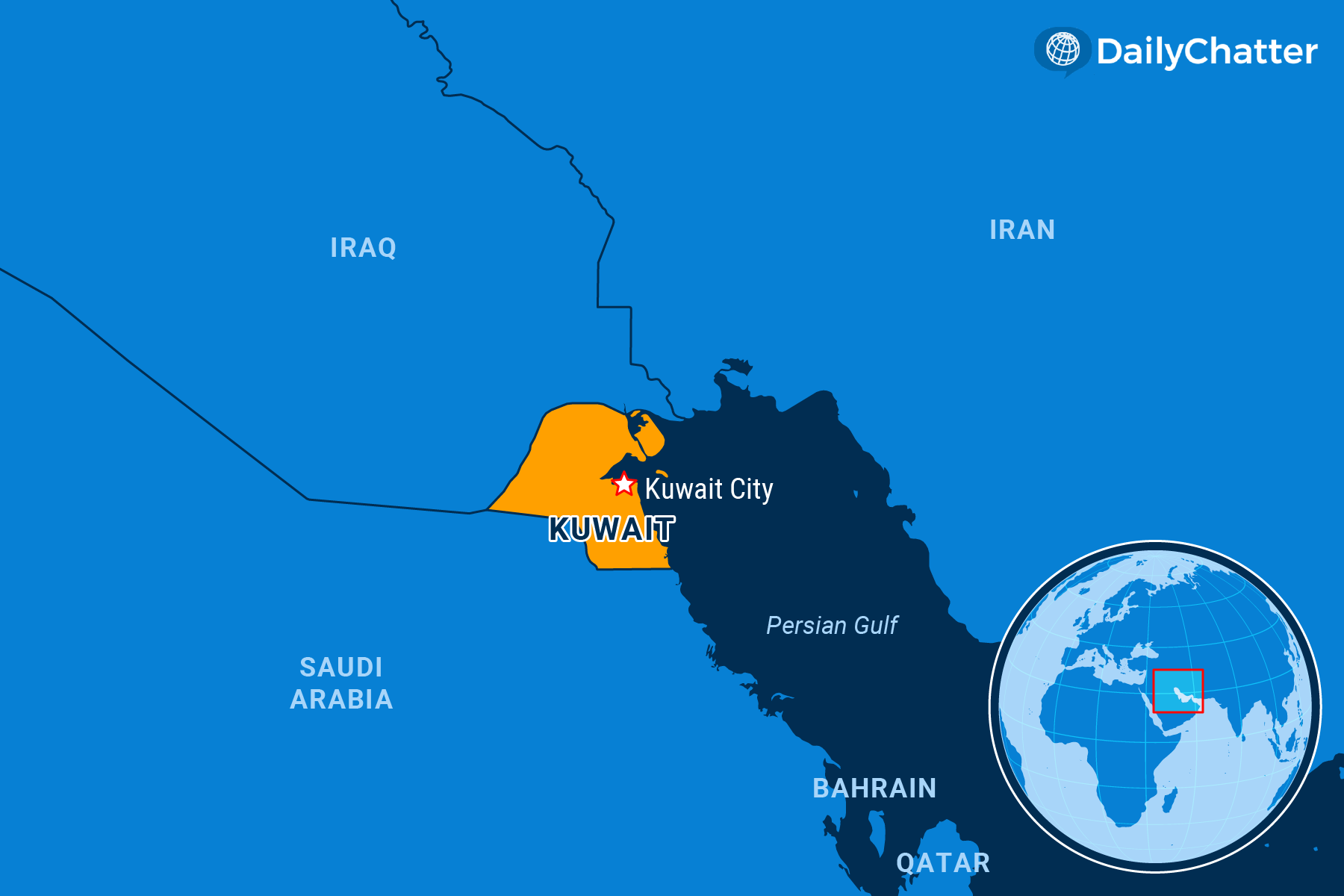 Farah Hamza Akbar and her family told police that she feared that a man whose marriage proposal she rejected was going to kill her. The police arrested the unnamed man on harassment charges but he made bail. Shortly after, Akbar was left at a hospital bleeding from a fatal stab wound to the heart.

“That is what we got, exactly what we said, that he is going to kill her, and he killed my sister,” said Akbar’s sister, Dana Akbar, in a video cited in the Washington Post. “Where is the government? We told the judge. I told you many times he would kill her, and now she’s dead.”

The killing unleashed a torrent of unrest in the conservative, stable and usually quiet Muslim nation on the Persian Gulf.

That’s because here, men commonly stalk women in ham-fisted attempts to gain favor and affection, the Associated Press reported. They drive close to women on the highway, follow them home and show up at their workplaces as if the women should be grateful for the attention.

Akbar’s death might have been a routine event but instead, it galvanized Kuwaiti women who are sick and tired of sexist, paternalistic and violent men into a Kuwaiti version of the movement called, #Lan_Asket (I will not be silent).

“A woman was killed in broad daylight and (during) Ramadan…Why can’t the government protect women?” asked women’s rights activist Sahar bin Aly in an interview with Reuters during a Kuwait City protest. “There’s a constitution between us and the state, a constitution that promises equality.”

Kuwaiti leaders – the country’s leadership and parliament – are all men. They have work to do.

There had been some movement toward protecting women before this murder. In September, Kuwait enacted a new domestic violence law that plans to establish women’s shelters and restraining orders designed to protect women. Female judges have also been appointed for the first time, as the Loyola Marymount University-based Asia Media International explained.

But the law is full of holes. As the BBC reported, members of the Bidun (Bidoon) ethnic community, a group of stateless residents who are technically not Kuwaiti citizens, can’t report harassment because they don’t have identity cards, for example.

Akbar’s killer, meanwhile, has been arrested again and charged with first-degree murder, the New Arab wrote.

Whether or not his trial will help change the deeply ingrained misogynistic currents in Kuwaiti society is a question that a verdict might help answer.

A gunman attacked a school in the Russian city of Kazan on Tuesday, killing at least seven eighth-graders and wounding 21 other people – mainly children, in the worst incident involving schools in years, the Guardian reported.

Authorities said that a 19-year-old man had been arrested in the attack in the capital of Tatarstan and had a firearm registered in his name. Most of the at least nine people reported dead were students from 13 to 14 years old.

Officials determined that the suspect, Ilnaz Galyaviev, operated alone. Galyaviev told police that he believed he was a “God” and planned to kill a large number of people.

While school mass shootings are uncommon in Russia and most of the rest of the world, it has seen a few attacks in recent years, mostly perpetrated by students. In 2018, a student at a college in Russian-annexed Crimea killed 20 people before killing himself.

And in 2004, armed militants took more than 1,000 people hostage at a primary school in the southern town of Beslan. More than 330 people – more than half of them children – died in the siege when explosions tore through the school and security forces stormed the building.

Closing the Top of the World

China is planning to create a “line of separation” on one side of Mount Everest’s peak to prevent the spread of the coronavirus from Nepalese climbers following a surge of Covid-19 infections in neighboring Nepal, NPR reported.

The move is part of China’s “zero contact strategy” which aims to separate climbers from the Chinese and Nepalese sides of Everest in case they reach the summit on the same day.

Officials said that the line will cut off the northern side of the peak, starting from one of the highest Tibetan camps at about 27,230 feet, from where mountaineers leave to reach the summit.

Authorities will also set up a checkpoint more than 980 feet from the base camp where climbers adjust to the high altitude’s low oxygen levels.

At the start of the pandemic, China barred foreigners from visiting the world’s highest mountain. But in the 2021 mountaineering season, officials granted 21 expedition permits to Chinese nationals.

The line’s announcement comes days after a coronavirus outbreak made headlines at Nepal’s Everest Base Camp, which is situated at 17,598 feet. Climbers were evacuated to the capital, Kathmandu, for testing and treatment.

Last week, Nepalese authorities confirmed around 17 cases but some reports have put the number to more than 30 infected climbers. Doctors are warning that the country is facing a wave of Covid-19 like the one hitting India. And Nepal is so short of oxygen canisters that it has asked climbers on Mount Everest to bring back their empty ones instead of abandoning them on mountain slopes.

Radev appointed Stefan Yanev, his close security and defense adviser, as caretaker prime minister until a new government is formed following the elections slated for July 11. Analysts said that Yanev will be tasked with handling the coronavirus pandemic and ensuring fair elections.

Yanev’s appointment comes after outgoing Prime Minister Boyko Borissov’s GERB party failed to form a coalition government after losing seats in the April elections because of popular anger over entrenched corruption in the country. At the same time, Radev has called for anti-graft reforms in the country, which has been repeatedly rapped by the EU for failing to put high-level officials behind bars.

The next election, meanwhile, is also likely to produce a splintered parliament, analysts said, after a recent opinion poll showed the GERB running neck-and-neck with a new party, ITN, led by TV host Slavi Trifonov. The GERB was the top vote-getter in the April vote.

Bring Back My Bronze

Germany announced the return of the Benin Bronzes to Nigeria next year following international pressure for restitution of stolen artworks, in a move that underscores a major shift in returning art and artifacts stolen by colonial powers or during wars, reported the Economist.

The sculptures and plaques once adorned the walls of the Kingdom of Benin’s royal palace and were stolen during a British raid in 1897. They are now spread across 160 museums and private collections around the world.

Some of the returned works will be housed in the new Edo Museum of West African Art in Benin City, Nigeria, reported ARTnews.

Soon after the German announcement, other nations – including Britain, the United States and Switzerland – announced they were considering the return of the Bronzes from their collections, the Art Newspaper wrote. The University of Aberdeen in Scotland committed to returning its sole bronze sculpture this year.

Still, challenges remain. The conversation around the return of stolen art and artifacts has long been surrounded by concerns over safety and ownership of the pieces. However, academics believe the statues are no safer in the West than in the African state or other countries of origin.

Meanwhile, former colonial powers are struggling to come to terms with their history, finding repatriations difficult to weigh against parting with their prized collections. The British Museum is also prohibited from removing items from its collection under a 1963 law.

But strides have been made in relaxing such restrictions. The “Washington Principles on Nazi-Confiscated Art,” was a pact in 1998 by 44 countries to return artworks stolen during the Third Reich.

Relaxing restrictions coupled with changing attitudes could ensure the return of other colonial-era artifacts to their owners.