It was the end of an era when Raúl Castro resigned as chief of the Cuban Communist Party last month. Castro and his late brother, Fidel, had ruled the island since the 1959 revolution.

“Nothing, nothing, nothing is forcing me to make this decision,” said the 89-year-old Castro in a speech on national television, according to the Associated Press. “As long as I live, I will be ready with my foot in the stirrup to defend the homeland, the revolution and socialism with more force than ever.”

Raúl was a pragmatist in reforming Cuba into a communist state while his brother Fidel was more of a theoretician, wrote Jacobin, a left-leaning news magazine. Regardless, both were intensely committed to a revolution that would upend the capitalist world order.

The CIA plotted but failed to kill the Castro brothers as well as Argentine communist evangelist Ernesto “Che” Guevara in the 1960s as part of the US’ perennially unsuccessful strategy to destabilize the island and bring an end to its anti-imperialist, communist regime, National Public Radio reported.

The Castro brothers were not angels. In 1959, for example, Raúl oversaw the summary executions of 70 officials who had been part of the regime of former Cuban leader Fulgencio Batista, recalled Washington Post columnist Charles Lane. Backed by the US, Batista was a cruel leader who killed tens of thousands of Cubans in his anti-communist crusades.

Castro’s exit doesn’t spell the end of the regime, either, argued Appalachian State University Global Studies Professor Joseph Gonzalez in the Conversation. Miguel Díaz-Canel, who replaced Castro as president in 2018 and will now lead the party, has prioritized economic reforms over democratic reforms. US President Joe Biden, meanwhile, has signaled that Cuba is not at the top of his list of foreign policy concerns, as the Miami Herald explained.

Many younger Cubans aren’t so keen on continuity, however, the New Yorker wrote. Artists, musicians, journalists and others in a group called the San Isidro Movement have been staging protests in public and virtually to call attention to the limits on freedom of expression and other human rights.

The Cuban government recently “put an end” to a hunger strike that Movement leader Luis Manuel Otero Alcántara had started to draw attention to the censorship and the harassment of dissidents, Reuters reported. Amnesty International said Cuban authorities have placed Movement members under surveillance and destroyed some of their artwork.

Some things might change in Cuba. But plenty stays the same.

A French court dismissed a landmark case against the manufacturers of the toxic herbicide Agent Orange that was used by the US military during the Vietnam War, the Washington Post reported Monday.

The court said that it did not have jurisdiction to process the case mainly because the accusations are linked to wartime actions by the US government.

The case was initiated by Tran To Nga, a 79-year-old French-Vietnamese woman, who said the chemical affected millions of people during the war, including herself and her family.

If the court had accepted the case, Tran would have been the first Vietnamese civilian to successfully sue the companies that produced Agent Orange.

She said she will appeal.

The United States deployed or tested Agent Orange and similar chemicals in multiple Southeast Asian countries including Vietnam, Cambodia and Thailand between the early 1960s and 1971.

The primary aim was to destroy the crops and forests used by enemy fighters in conflict zones. But the chemicals entered the food chain and also, parents passed the toxins on to their children.

Hundreds of thousands of US veterans received disability benefits due to illnesses associated with the toxic compound. However, compensation for Vietnamese civilians has lagged.

Israeli police and Palestinian protesters clashed at Jerusalem’s al-Aqsa mosque on Monday as unrest continued to grip the city after violent clashes erupted over the weekend, NBC News reported.

More than 300 Palestinians and at least 20 Israeli police officers have been injured during the violence.

On Friday, dozens were seriously injured at the mosque compound ahead of a special evening prayer held during the holy month of Ramadan. Israeli police said that clashes broke out when protesters threw stones at a gate that leads down to the Western Wall, where thousands of Jews had gathered to pray. A mosque spokesperson, however, said that violence occurred when police tried to evacuate the compound to allow Israelis in.

The site – known to Muslims as the “Noble Sanctuary” and to Jews as “the Temple Mount” – is considered holy in both Islam and Judaism.

Tensions in Jerusalem have increased throughout the month of Ramadan after Israel cordoned off a popular spot where Muslims traditionally gather each night at the end of their day-long fast. Although the government removed restrictions, the clashes continued.

Meanwhile, Palestinian militants in the Gaza Strip fired rockets toward the Jerusalem area and southern Israel, also on Monday, carrying out a threat to punish Israel for violent confrontations with Palestinians in Jerusalem, Reuters reported.

Health officials in Gaza said at least 20 people, including nine children, were killed by Israeli retaliatory airstrikes in the territory.

The violence came as Israel celebrated “Jerusalem Day” on Monday, marking its capture of eastern sections of the holy city in the 1967 Arab-Israeli war. Israel considers the whole city as its capital and annexed east Jerusalem, a move unrecognized by the majority of the international community.

Palestinians, however, want east Jerusalem as well as West Bank and Gaza as part of a future Palestinian state.

The violence also comes ahead of a crucial court case involving the homes of four Palestinian families on land claimed by Jewish settlers in east Jerusalem. Israel’s Supreme Court postponed a key ruling on Monday, citing the volatile situation. 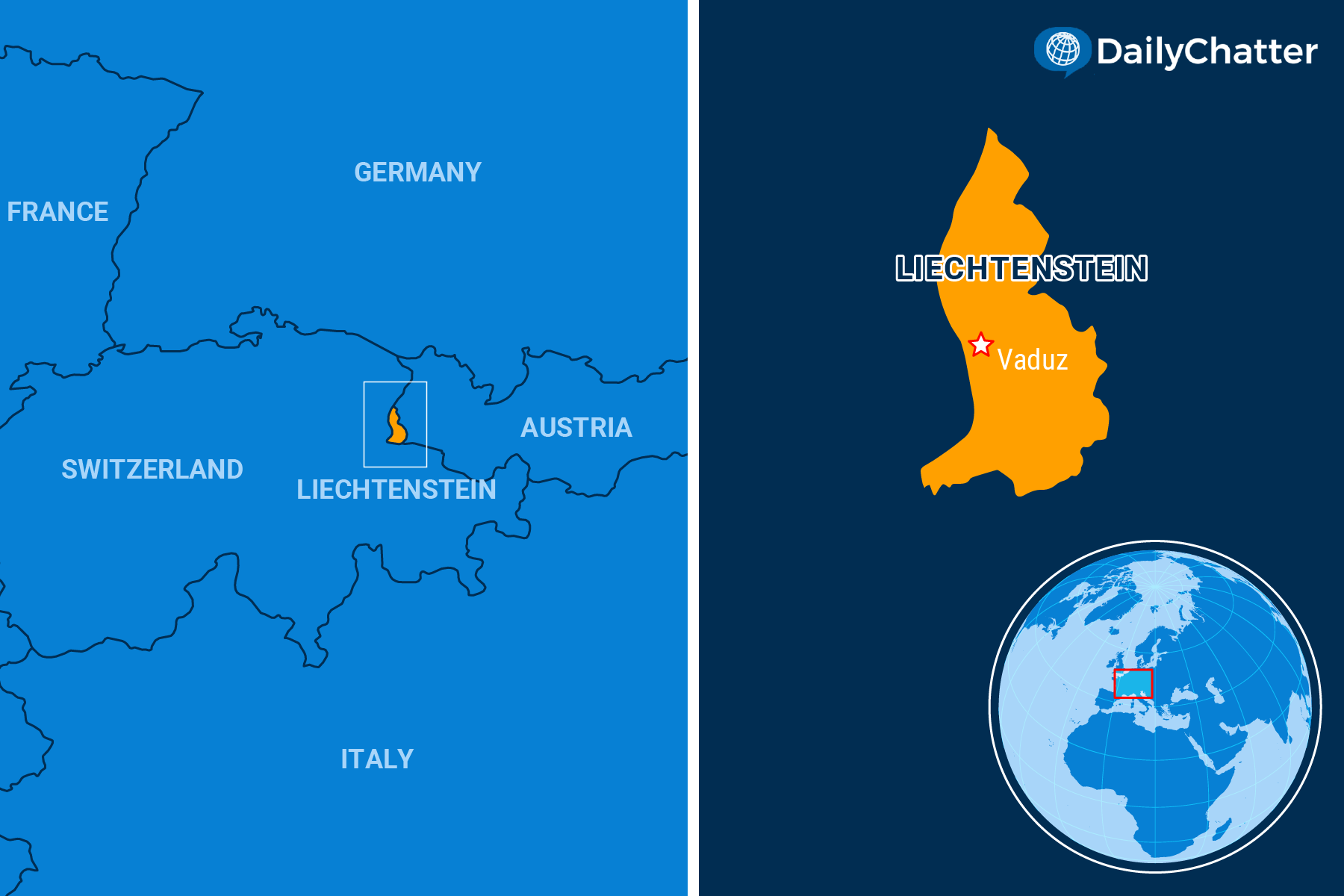 A European royal landed in hot water this week after he allegedly shot and killed a popular Romanian brown bear – reportedly the largest in Europe – during a hunting trip in March, setting off grief and outrage across the region, the New York Post reported.

Romanian authorities have opened an investigation into the prince, saying that the killing was unlicensed and that some members of the hunting party likely lacked a weapons permit.

The prince had a four-day hunting permit from Romania’s Ministry of Environment to shoot a young female bear that had been attacking farms in Transylvania. Instead, he went after Arthur in a protected area.

Gabriel Paun of the non-governmental organization Agent Green said he “didn’t understand how the prince could confuse a young bear that had been stealing chickens from a village with the largest male bear that existed in the depths of the forest.”

On Monday, the European Commission’s environment chief said he is “looking into” the case following reports from other NGOs that the prince was responsible for killing Arthur, according to Politico.

The prince denied the allegations and said that he shot a different “problem animal.”

Romania has one of the largest bear populations in Europe outside of Russia and it has outlawed trophy hunting since 2016.

The incident has prompted Romanians to publish negative reviews and comments about the royal family’s Riegersburg Castle. Travel review site TripAdvisor says it has temporarily suspended reviews of the castle, according to CNN.

The Indian jumping ant may not have a complex brain but it does share certain traits with humans, according to a new study.

The endemic Indian Harpegnathos saltator ant can shrink and regrow its brain, marking the first time the ability has been observed in insects, NPR reported.

Lead researcher Clint Penick and his colleagues explained that this brain-size manipulation is important for the ants’ survival and reproduction.

Only the queen lays eggs in most colonies, while the worker ants – all female – take care of their nest and hunt. Once the queen dies, the whole colony does as well because in most ant species, worker ants can’t reproduce.

But if a jumping ant queen dies, the workers enter into a “dominance tournament,” where they fight each other for supremacy. Researchers said that after the bloodbath, the victors – called “gamergates” – will assume the queen-like duties of laying eggs.

They reported that gamergates shrink their brains by 19 percent in order to save energy and produce eggs. However, if a gamergate was plucked out of the colony, it would regrow its brain and revert to being a humble worker.

The ability to shrink one’s brain and regrow it has been noticed in other animal species, including humans.

“(Ant) brains have some shared traits with humans, believe it or not. So now we’re looking at digging into some of the genetic and other neural mechanisms that are underlying these brain changes,” said Penick.