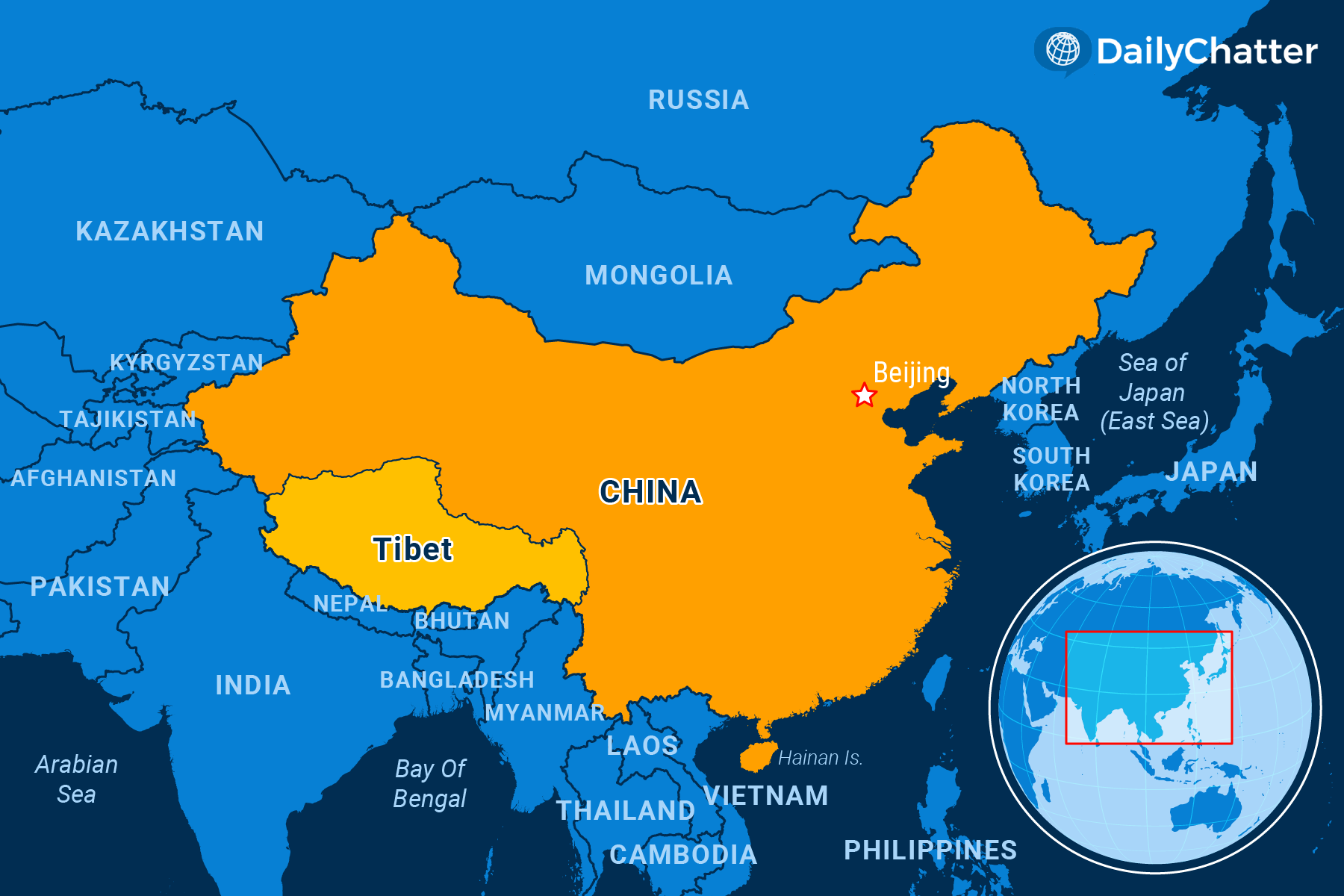 In 1959, nine years after China occupied Tibet, the Dalai Lama and other Tibetans fled to the town of Dharamshala in India, where they established a government in exile that is now called the Central Tibetan Administration.

And a decade ago, the Dalai Lama, now 85, gave up his “temporal” authority over the administration, making it possible for a new generation of leaders to run the Tibetan state in his absence. “The rule by kings and religious figures is outdated. We have to follow the trend of the free world which is that of democracy,” he said at the time, ending nearly 600 years of Tibetan tradition, according to the Indian Express.

Now the results of the latest elections to determine that leadership are slated for announcement on May 14, Slate reported. Around 150,000 members of the Tibetan diaspora in India, Nepal, North America and Europe are voting. The Chinese government doesn’t recognize the Tibetan government in exile and won’t sanction voting in Tibet.

The current leader, or Sikyong, who oversees the administration’s $45 million budget and 3,500 employees, is Lobsang Sangay, a Harvard-trained legal scholar, wrote Radio Free Asia. He’s served two five-year terms and is stepping down.

Sangay has compared China’s repression in Tibet to similar human rights violations against the Uighurs, a Muslim ethnic minority in Xinjiang in Western China.

“We are sending a clear message to Beijing that there is no democracy in China and Tibetans don’t enjoy freedom but under the great leadership of his holiness the Dalai Lama we in-exile have been given this gift of democracy,” Sangay told Asia News International recently.

China recently appointed a seasoned veteran to run the military in Tibet, reported the South China Morning Post. Lieutenant General Wang Kai’s mission is to maintain order in Tibet while also guarding the country’s borders with India and Vietnam. Chinese and Indian troops have recently clashed in the region.

The new leader will inherit a command that Human Rights Watch says cracks down on all forms of expressions that support Tibetan independence and all protests against Chinese rule. Others have raised concerns about massive dams designed to take advantage of Tibet’s tall mountains and deep valleys for hydropower that will generate electricity but also alter the landscape enormously.

Tibetans aren’t immune from politics. The Tibet Sun noted a political scandal involving the impeachment of three justices on the government’s top court.

Everyone should be free to suffer their own politicians.

Indian Prime Minister Narendra Modi’s party lost a key state election this week amid a surge in Covid-19 infections that has overwhelmed its healthcare system and sparked criticism over the government’s handling of the crisis, the Wall Street Journal reported Monday.

Official results showed that Modi’s Bharatiya Janata Party (BJP) secured 77 seats in the West Bengal state legislature, while the governing Trinamool Congress party was on track to win as many as 213 seats.

The BJP’s defeat comes even as Modi and his party had aggressively campaigned to win the state: BJP politicians held multiple campaign rallies attended by tens of thousands as the Covid-19 wave accelerated last month.

Critics said that the rallies and other religious festivals contributed to India’s infection rate skyrocketing. The country reported more than 368,000 new cases and more than 3,400 deaths as of Monday.

Modi and BJP politicians say they followed safety protocols during the rallies.

Analysts noted that the victory of the Trinamool Congress party in West Bengal also marks another headache for Modi: The party’s leader Mamata Banerjee remains an outspoken critic of the prime minister and has resisted many of the central government’s policies.

Last week, thousands of Colombians took to the streets to reject the government’s proposed tax reforms, which included tax hikes that critics said would hurt the country’s working and middle classes.

Officials said that at least 14 people were killed, including one police officer, and have launched an investigation into the demonstrations. Human rights organizations, meanwhile, said the death toll was higher and warned of alleged police abuse.

Lawmakers, unions and other groups welcomed the withdrawal even though the government had insisted that it would go forward.

Duque said that the tax changes were necessary to stabilize Colombia’s finances, maintain its credit rating and fund social programs.

On Friday, Colombia’s central bank warned that a failure to approve the reform package could negatively impact the economy, which has already been battered by the coronavirus pandemic.

Kyrgyzstan and Tajikistan withdrew their troops from the border areas this week following a series of deadly clashes that killed dozens of people and displaced thousands more, Radio Free Europe/Radio Liberty reported.

Soldiers from both Central Asian nations clashed last week following a dispute over the installation of surveillance cameras at a water distribution point near Tajikistan’s Vorukh exclave within Kyrgyzstan.

Kyrgyz officials said that 36 of its nationals were killed, 183 were injured and 50,000 people fled the area. Tajikistan reported that at least 16 Tajik nationals died and more than 90 were injured.

Both countries agreed to a ceasefire this week, and as of Monday, the situation on the ground appeared calmer.

However, authorities from both sides have accused each other of inciting the violence and have launched investigations into the conflict.

Like many other border areas in Central Asia, almost half of the 600-mile Kyrgyz-Tajik border has not been demarcated, which has led to tensions for the past 30 years.

New Bean on the Block

It’s hard to imagine a world without coffee but climate change is posing a threat to humanity’s beloved brew.

Rising temperatures and extreme weather events are threatening coffee farms around the world, including the livelihood of 125 million people who work there.

In 2018, an international research team found Coffea stenophylla in the forests of Sierra Leone, a plant that has not been seen in the wild since 1954.

In their paper, the team explained that the hardy plant, native to West Africa, thrives in hot-tropical areas and is believed to be drought-resistant: It can survive higher temperatures than the Arabica bean can.

Aside from its heat resilience, the coffee bean is also quite fragrant: Last year, a tasting panel at the Union Hand-Roasted Coffee in Britain gave it a score of 80.25, slightly higher than the score needed for “specialty” status.

Other tasters note that the new bean has a natural sweetness as well as a good body with tasting notes that include peach, caramel and nuts.

“To find a coffee species that flourishes at higher temperatures and has an excellent flavor is a once in a lifetime scientific discovery – this species could be essential for the future of high-quality coffee,” said lead author Aaron Davis.