The Little Engine That Could

Even as Cuba remains isolated from the US, it’s poised to become the center of a web of vaccination distribution throughout the rest of the world.

The poor, communist-led island in the Caribbean has a whopping five vaccine candidates under development, the Washington Post reported. The drugs can stand room temperatures for weeks. That’s ideal for low-income tropical countries that are struggling to acquire sufficient vaccines as American and European officials horde doses to inoculate their citizens.

Cuba is challenging that narrative. “Cuba has a dream — to have so much Covid-19 vaccine that not only could everyone on the island get immunized but Cuba would give it away to friends and allies around the world,” wrote National Public Radio, adding that Cuban officials might give the vaccine to tourists who decide to come and spend their money on the island.

The Cuban state-owned media outlet Prensa Latina, for example, touted the possibility of leaders in Havana helping their comrades in Nicaragua and the rest of Latin America where they have long been competing in an ideological war against American free marketeers.

Less than 500 people in Cuba, a country of 11 million, have died from the virus, according to Johns Hopkins University. The country’s Henry Reeve Brigade, a Cuban medical group deployed to international hotspots, has been nominated for a Nobel Peace Prize for its efforts against Covid-19 around the world.

Cuba is far from perfect. Human rights activists recently launched a hunger strike to protest against the government’s suppression of free thought, expression and assembly, reported Miami-based NBC affiliate WPLG. The country’s economy is also suffering from an extreme contraction due to the collapse of international tourism during the pandemic and continued American economic sanctions, added the Tampa Bay Times.

But when it comes to vaccines, Cuba is doing just fine.

The probe will look into how Cameron, who has been working for the company since 2018, approached ministers on behalf of Greensill as it sought access to government coronavirus aid programs.

The scandal has rocked Johnson’s cabinet and his ruling Conservative party over accusations of cronyism.

Meanwhile, the government defended Chancellor of the Exchequer Rishi Sunak and Health Secretary Matt Hancock – both of whom met with Cameron – saying both had acted appropriately.

Cameron, who has already been cleared of breaking rules on lobbying, denied wrongdoing and welcomed the inquiry.

British officials said Tuesday that the inquiry will not have the legal means to determine whether the ministerial code was breached but is empowered to gather information.

Meanwhile, the opposition Labour Party has been ramping pressure on the Johnson administration and has called for parliamentary probe into what they term “a Conservative cover-up,” the Guardian reported.

Greensill Capital, a supply-chain finance firm, collapsed last month in one of the most spectacular financial blow-ups of recent years. The insolvency has put thousands of jobs at risk at British plants owned by Liberty Steel, which relied on Greensill for financing.

An international chemical weapons watchdog accused the Syrian government this week of using poison gas against rebel forces during an attack in the north of the country in 2018, the second such accusation in the past year, the Washington Post reported.

A report by the Organization for the Prohibition of Chemical Weapons (OPCW) said that Syrian military units dropped a pair of makeshift bombs in Saraqeb, a day after militants shot down a Russian warplane less than 10 miles from the then rebel-controlled town.

The OPCW noted that one of the bombs carried chlorine, an industrial chemical previously used by Syria’s armed forces. The attack injured at least 12 people.

The OPCW’s 41-nation executive council will now seek penalties against Syria at a meeting later this month, possibly including a referral to the UN Security Council.

The attack occurred five years after Syria publicly renounced the use of chemical weapons and nearly a year after former President Donald Trump launched a missile strike against the regime over its use of deadly nerve agents.

Syria and Russia – which support the regime of Syrian President Bashar Assad – denied the allegations, saying that the attack was staged by rebels.

Analysts noted that the new charges if proven true, would be embarrassing for Russia, which played a pivotal role in the original chemical disarmament effort.

SAINT VINCENT AND THE GRENADINES 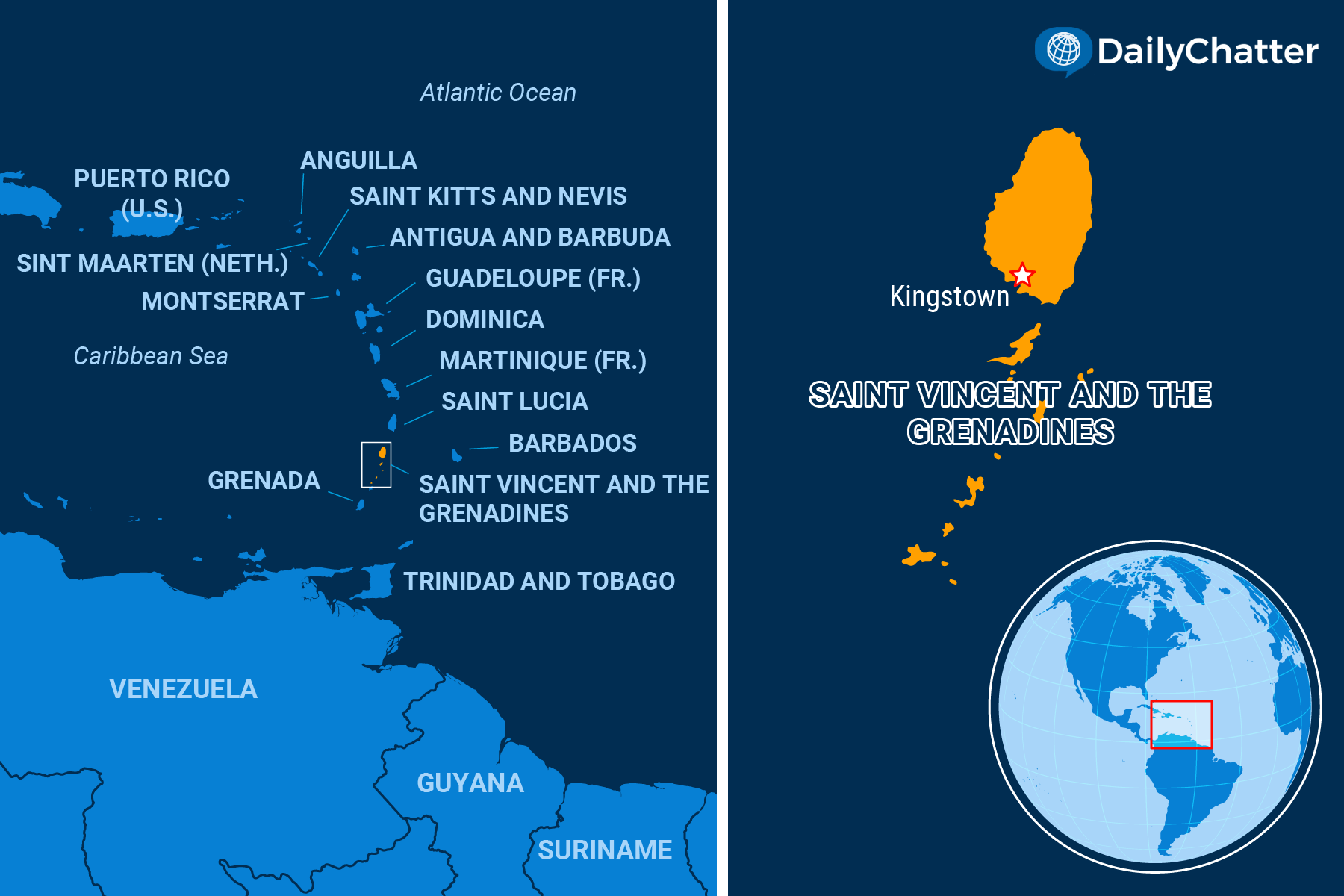 Thick ash continued to spew out from a volcano on the Caribbean island nation of Saint Vincent and the Grenadines as of Tuesday, prompting the evacuation of thousands of residents on the island, Newsweek reported.

The region’s National Emergency Management Organization (NEMO) said that an “explosive eruption” was recorded from the La Soufrière volcano Friday and it has continued to show ongoing activity since then.

On Monday, a large explosion was recorded on the island causing “extensive damage to vegetation” and sending ash to the neighboring island of Barbados.

Authorities have ordered the evacuation of 10,000 residents, and seismologists and researchers have warned that pyroclastic flows – a mixture of thick ash, rock and gas produced from an eruption – have begun.

The ongoing volcanic activity has threatened the island’s water and food supplies with authorities saying that it could take four months for life to return to normal, the Associated Press reported.

The eastern Caribbean is home to 19 active volcanoes with 17 of those located on 11 islands.

A Cup of Joe

A team of researchers led by Rebecca Cole spread a thick layer of coffee pulp – a waste product from coffee production – across an old agricultural plot in Costa Rica. The pulp helps keep invasive grass species away and allows the trees to recolonize faster.

The scientists explained that the small piece of land – nearly 0.35 acres – went through heavy deforestation in the 1950s.

But two years later, the coffee pulp performed some real magic: Not only did the trees grow four times faster and taller but the soil became richer with nutrients, including carbon, nitrogen and phosphorus.

“The results were dramatic,” said Cole. “The area treated with a thick layer of coffee pulp turned into a small forest in only two years while the control plot remained dominated by non-native pasture grasses.”

Cole’s team is now planning to examine other deforested sites. That’s because accelerating tropical rainforest recovery is an important step in reaching the goals of the 2015 Paris Agreement on climate change.

Sometimes, a rainforest needs a simple pick me up, too.