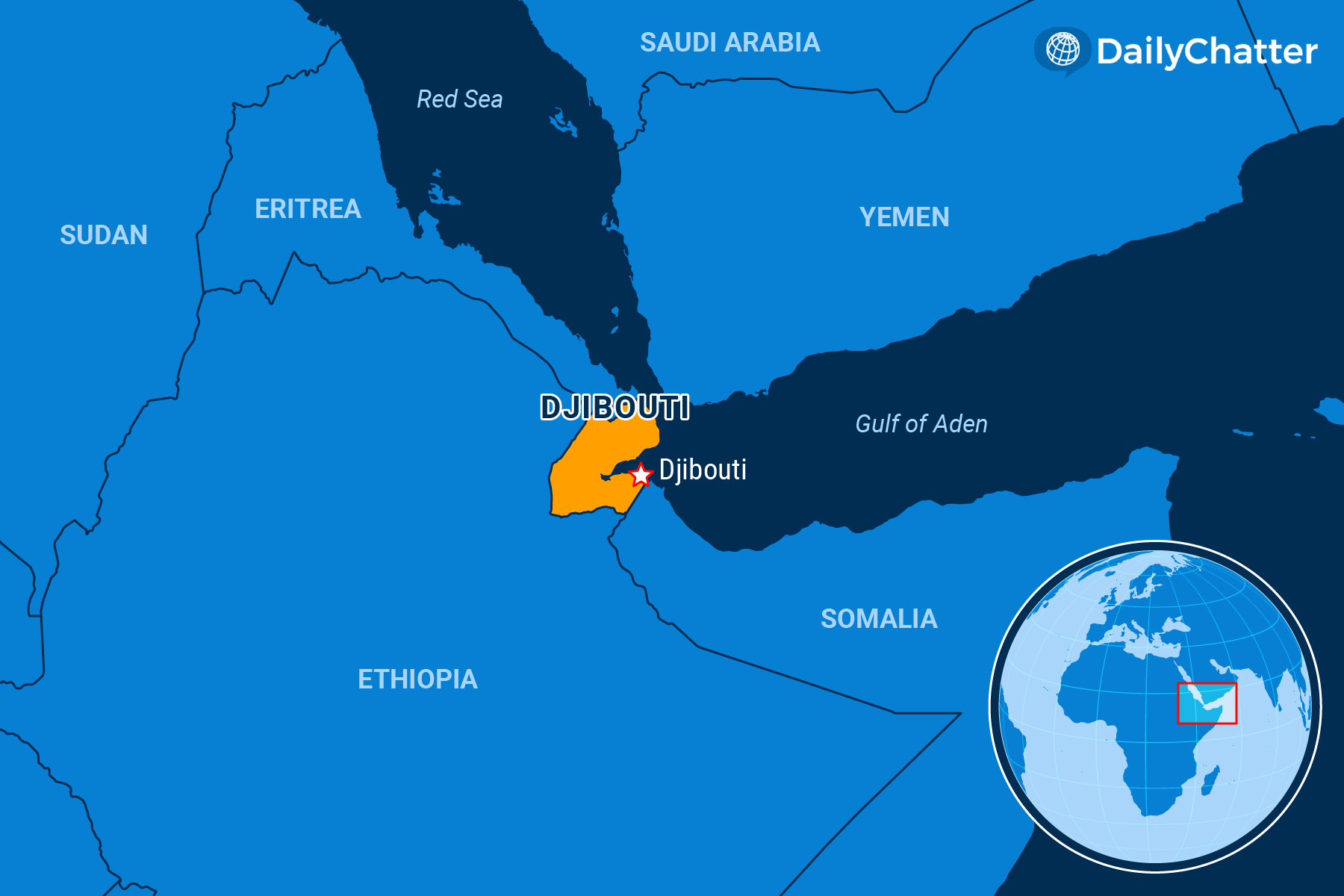 Tiny Djibouti is one of the few countries that hosts both Chinese as well as American, French and Japanese military facilities. The predominately Muslim country has also signed a deal with Saudi Arabia for a base.

That unique status stems from its strategic location on the Horn of Africa, giving it close access both to the Middle East and Indian Ocean, as the Carnegie Endowment for International Peace explained. Bloomberg Opinion columnist Hal Brands goes so far as to assert that Djibouti is the epicenter of the competition between China and the US for global influence.

The country’s geographic location is more than a military asset. In 2009, China surpassed the US as the largest investor in Africa. Today, around a fifth of all world trade passes by Djibouti’s shores. Despite the pandemic, traffic in Djibouti’s port increased by almost a third last year, Africa Report wrote.

Unfortunately, the country’s location also makes it a transit point for migrants seeking to cross to and from the Arabian Peninsula and Africa. Recently, smugglers threw 80 migrants into the sea, drowning at least 20, the New York Times reported. It was the third such incident in the past six months.

Many of the migrants are Africans traveling to war-torn Yemen in order to make their way to the rich countries of the Persian Gulf to work. Others are making the trip in reverse because of the economic slowdown resulting from the coronavirus pandemic. Mobility restrictions intending to stop the spread of Covid-19 during the pandemic have stranded many in Djibouti and elsewhere in the region, the International Organization for Migration claimed in a situation report.

The combination of international heft due to military bases and the social toll of migration as well as a surprising poverty level in Djibouti – 79 percent, according to the World Food Program – have engendered intense political tensions in the country as voters prepare to go to the polls to elect their president on April 30.

President Ismail Omar Guelleh recently announced that he would run for a fifth term in office. The chosen successor of his uncle Hassan Gouled Aptidon, who ran Djibouti since independence from France in 1977, the 73-year-old Guelleh has been in charge for almost 22 years. He is certain to win because the opposition has boycotted the vote, saying it won’t be free and fair, VOA reported

Guelleh’s grip on power seems absolute. But the editorial board of the Africa Times argued that other countries are building new port facilities in the Horn of Africa and Djibouti has enormous debts to the Chinese who financed its modern infrastructure.

If things go south, some believe Djibouti’s president will have no one else to blame but himself.

China rebuffed criticism by the World Health Organization and foreign governments this week that accused Beijing of failing to cooperate sufficiently with, or freely give its data to, international investigators probing the origins of the coronavirus, the Washington Post reported.

On Tuesday, China and the WHO released a report that said the pathogen most likely had jumped from animals to humans through an intermediate animal host.

The report, however, played down the possibility that the virus had come from a lab, which drew criticism from WHO Director-General Tedros Adhanom Ghebreyesus: He said the investigation did not conduct an “extensive enough” assessment of that possibility and that the international investigators were not provided with raw data.

The United States and 13 other countries also expressed concern that the WHO-China report was “significantly delayed and lacked access to complete data and samples.”

Chinese officials countered that the investigators were provided with databases but that it was impractical to present every original record and specimen.

As for a possible lab leak, they added that follow-up tracing records should take place globally, as the virus could have originated from another country.

For the first time, the Swiss army will give its female recruits women’s underwear, a move aimed at attracting more women to the military, CNN reported.

Armasuisse, the Swiss armed forces’ procurement organization, said that two different sets of women’s undergarments – for warmer and colder temperatures – will be tested in a trial starting in May.

The organization also said that previous equipment used by female soldiers was “too little or not at all geared to the specific needs of women.”

Currently, women only make up less than one percent of the military, but officials want to increase that to 10 percent by 2030.

The Swiss Federal Department of Defense, Civil Protection and Sport said it would also promote “the reconciliation of military service, work, education and family.”

Australia will begin building its own guided missiles in collaboration with the United States, a move aimed at boosting the country’s defense capabilities amid rising tensions with China, the Associated Press reported.

Prime Minister Scott Morrison said that the $761 million program is part of a huge 10-year investment plan to boost defense and also create thousands of jobs and export opportunities.

Analysts Michael Shoebridge said the decision will fill a strategic gap amid China’s increasing aggression in the Pacific.

China has previously threatened to retaliate against any country that accepts the deployment of intermediate-range American missiles, according to Bloomberg.

Shoebridge explained that the manufacturing of missiles would enhance Australia’s defense capabilities and ensure it has sufficient supply for combat operations if there was any disruption in global supply chains.

Currently, Australia imports missiles from allies including the US – it has not manufactured its own advanced missile system in decades.

In the event of a conflict, the analyst noted that Australia would need numerous missiles and wouldn’t be able to import them on time.

The Neanderthals were not just club-wielding brutes of modern stereotypes, a new study has found.

Instead, scientists and archaeologists have discovered that the extinct hominins were capable of listening, processing and producing human speech, United Press International reported.

A research team came to this conclusion after using computed tomography to build 3D models of the ear structures in Neanderthals, Homo sapiens – modern humans – and other Neanderthal relatives found at the Atapuerca site, in Spain.

The findings showed that Neanderthals could process sound frequencies of up to 5 kilohertz – meaning they could recognize sounds produced by human speech.

The team also found that Neanderthals and H. sapiens also had similar ‘occupied bandwidths,’ the frequency range at which the ears are most sensitive.

“The presence of similar hearing abilities … demonstrates that the Neanderthals possessed a communication system that was as complex and efficient as modern human speech,” said lead author Mercedes Conde-Valverde.

While scientists cannot yet tell how prehistoric humans spoke, the analysis showed that they could also produce a range of consonants. A trait that “separates human speech and language from the communication patterns in nearly all other primates.”

The new evidence provides more proof about the intelligence of Neanderthals: Prior research has also found they were skilled fishermen, artists, and engaged in burial rituals.