Uncle Porky and the Spoilers

Now voters have a chance to wipe the political slate clean. On April 11, they’ll head to the polls to elect a new president, explained the Americas Society / Council of the Americas.

Will the voters seize the opportunity? Many don’t seem enthusiastic. None of the candidates have drawn the support of more than 20 percent of the electorate (Sagasti is running for one of two vice-presidential offices) so a June 6 runoff is expected.

The track record of Peruvian leaders in recent years might be one reason that voters aren’t excited about their options. The country has the second-highest rate of coronavirus deaths on the planet. The economy shrunk by almost 13 percent last year. Peruvian politicians also steered vaccines to their friends and cronies, sparking widespread anger, the New York Times reported.

“The people have little confidence in the government, for obvious reasons,” National Intercultural University of the Amazon International Relations Professor Miguel Hilario-Manemina told the New Humanitarian.

The current frontrunner in the race is Yonhy Lescano, who wants to expand the government’s role in the economy, particularly in the natural gas and mining sectors, according to Argus Media, a British news organization that covers petrochemicals. The business community fears that Lescano and other left-leaning politicians could destroy the sector. Those concerns have already pushed down the value of Peru’s currency relative to the US dollar.

Lescano’s main rival is George Forsyth, 38, a former professional soccer player. “My youth is a plus point, I have the energy and the drive, and I represent a fed-up generation that no longer believes in politicians,” he told Reuters in an interview. “That ‘sameocracy,’ those old-school politicians, are afraid of us.”

But Forsyth is not really an outsider. His father is now Peru’s ambassador to Japan – which has close ties to Peru – and his mother is a former Miss Chile.

Another contender is the right-wing Rafael López Aliaga, a businessman and staunch Catholic. Known as Uncle Porky, Aliaga owns the monopoly on the train that takes tourists to Machu Picchu, the Incan historical site, wrote Al Dia, a local news outlet.

Peruvian voters want leaders who inspire confidence. Unfortunately for them, Peru’s next president doesn’t need to clear that hurdle to win.

A commission of historians said that France bears “heavy and overwhelming responsibilities” over its role in the 1994 Rwandan genocide but cleared it of complicity in the massacre, the Associated Press reported.

In a report released over the weekend, the commission found in a two-year investigation that the government of then-President Francois Mitterrand reacted too slowly to genocide because it realized too late the extent of the slaughter that killed at least 800,000.

However, it ruled out any “complicity in genocide,” including accusations that France sent weapons to Rwanda after the start of genocide.

President Emmanuel Macron established the commission in May 2019, saying the inquiry is aimed at improving relations with Rwanda and other African nations that have questioned France’s role in the massacre.

It’s unclear to what extent the report will improve relations between the two nations but the Rwandan government hailed the report as “an important step toward a common understanding of France’s role in the genocide.” 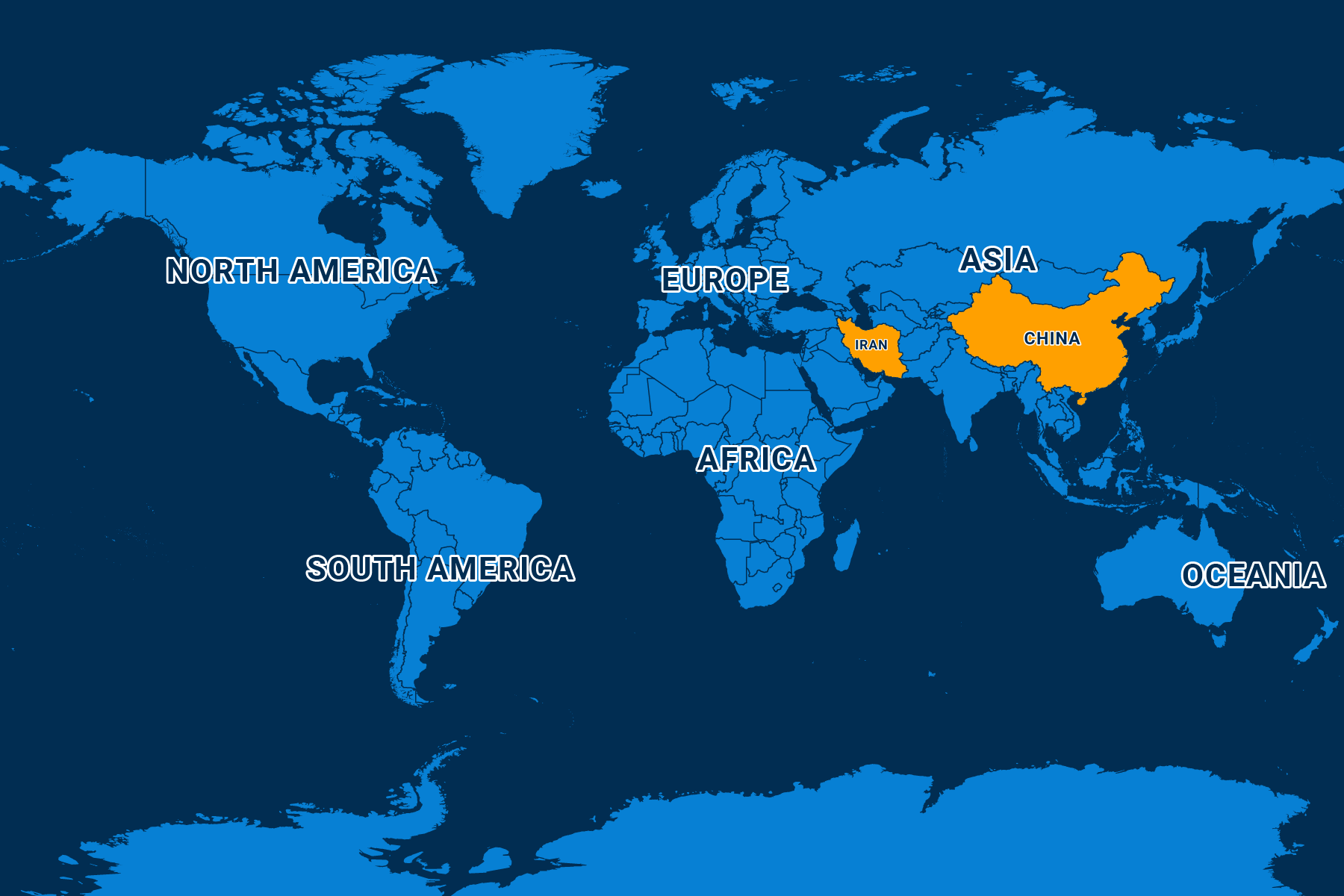 China and Iran signed a 25-year cooperation agreement over the weekend, a move that defies the United States attempts to isolate Iran and allows it to form closer diplomatic ties with non-Western powers, the Wall Street Journal reported.

The agreement will offer an economic lifeline, technology transfer and foreign investment opportunities to Iran in sectors ranging from nuclear energy to the oil-and-gas industry.

In return, China will receive steady supplies of Iranian oil, currently subject to US sanctions.

The two countries also agreed to the formation of an Iranian-Chinese bank to help Tehran bypass US sanctions that have barred its participation in global banking systems.

Analysts said that the deal gives Iran “a way out of economic strangulation” caused by US sanctions, while also allowing China to increase its influence in the Middle East.

The pact comes amid an ongoing spat between the US and Iran over the latter’s nuclear program: In 2018, the Donald Trump administration withdrew from the 2015 nuclear deal with Iran and reimposed sanctions. The move prompted Iran to retaliate by violating some of the terms of the deal.

The Biden administration has expressed a willingness to return to the deal if Iran upholds its commitments spelled out in the accord. Tehran, however, demands sanctions relief before conceding to Washington’s demands.

Belarusian police arrested more than 200 people including five journalists on Saturday, which come as the opposition is trying to revive the pro-democracy movement in the country, Radio Free Europe reported.

Since August, Belarus has been rocked by mass protests following a contentious presidential election that saw authoritarian incumbent Alexander Lukashenko win his sixth term. The opposition and the West say the vote was rigged.

In the following months, hundreds of thousands took to the streets to demand Lukashenko’s resignation but the harsh winter and brutal government crackdown slowed the movement in recent months.

Saturday’s arrests come just a few days after scattered demonstrations took place in the capital, Minsk, on Thursday to mark Freedom Day: It commemorates the founding of a short-lived democratic Belarusian republic more than 100 years ago.

Since the summer, Lukashenko’s crackdown has resulted in the arrest of more than 30,000 people, dozens of deaths and reports of torture. Most of the opposition leadership, including presidential candidate Sviatlana Tsikhanouskaya, have been forced into exile or arrested.

Western nations, meanwhile, refuse to recognize Lukashenko as the country’s legitimate leader and have imposed sanctions on Belarusian officials.

Archaeologists discovered a new species of winged shark that swam the oceans more than 90 million years ago, Agence France-Presse reported.

Originally excavated in 2012 in Mexico, the Aquilolamna milarcae – or aptly-named “eagle shark” – resembles a cross between sharks and modern-day manta and devil rays.

Researchers say that the peculiar fish had a tube-like body and long pectoral fins that looked like wings – reaching a span of 6.3 feet.

The shark may in fact be an ancestor of today’s great white, mako and basking sharks, according to National Geographic.

Still, no teeth were found on the fossil, suggesting it wasn’t an apex predator unlike some of its descendants.

Mainly feeding on plankton and other small organisms, it was a slow swimmer – making it closer to the basking shark, another filter feeder.

The eagle shark is now the second known plankton-eating fish that existed in the Cretaceous period, the era before the extinction of all dinosaurs.

“Eagle sharks were little-by-little replaced by manta rays and devil rays, which developed at the beginning of the Tertiary period” after the extinction, Vullo told AFP.