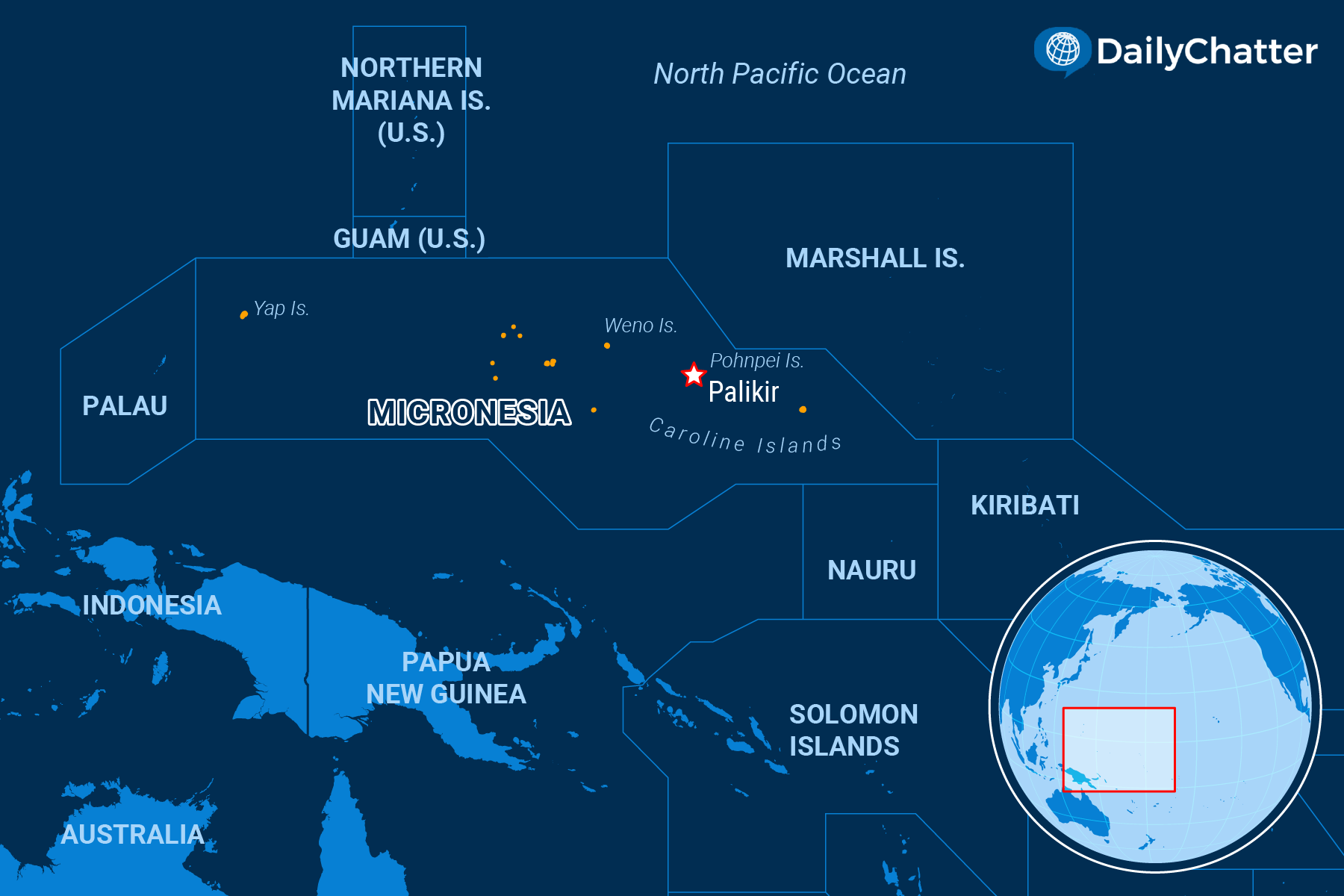 The island nations in the Pacific Ocean are facing a double whammy: A short-term economic threat from a drop-off in tourism due to the coronavirus pandemic and a medium-term existential threat from rising seas and increasingly violent storms due to climate change.

Now, the international body designed to help counter those threats, the Pacific Island Forum, is in danger of collapsing.

Recently, the Federated States of Micronesia, Kiribati, the Marshall Islands, Nauru and Palau withdrew over a spat concerning the appointment of the forum’s new secretary-general, Henry Puna, the former prime minister of the Cook Islands.

As the Guardian explained, the Forum has a convention where the secretary-general comes from a new sub-region – either Melanesia, Polynesia or Micronesia. It was Micronesia’s turn, with five countries in that region choosing the Marshall Islands’ ambassador to the US, Gerald Zackios. But Puna won by one vote. The Micronesians felt slighted and stormed out.

“The PIF was formed in 1971 and has only been led once by a Micronesian secretary-general in its 50-year history,” Nauru President Lionel Aingimea told the Australian Broadcasting Corporation.

The tiff will have major geopolitical implications, analysts say. The Forum covers “a vast, resource-rich, highly strategic zone on the front line between Asia and the Americas,” wrote the Diplomat.

Australia, New Zealand, and France (via New Caledonia) are members of the Forum. The US and Japan also have a significant pull over some members. All have sought to influence members to shore up their own military and economic security. The infighting, meanwhile, has helped China expand its footprint in the region – it’s a gift for China, observers say.

Chinese strategic thinkers view the islands in the same manner as Imperial Japan did in World War II – a geographic demarcation of global spheres of influence as well as a string of potential waystations for trade and military expansion, argued American Foreign Policy Council’s Alexander Gray in the Hill.

At the same time, the Forum was expected to launch the 2050 Strategy for the Blue Pacific Continent this year. That plan was supposed to create a unified front among Forum members as they combat climate change and coordinate environmental management, the Asia Foundation wrote. That is now in jeopardy.

An elder statesman of the region, former Federated States of Micronesia President Emanuel Mori, has called for a time out, arguing that the Forum has been instrumental in everything from preparing for, and recovering from, cyclones to coordinating diplomatic responses to the great powers that surround the islands, Agence France-Presse reported.

In light of its accomplishments and future challenges, many hope that taking a breath will go a long way to restoring harmony and unity in the region. Others say it has to.

Hong Kong announced new electoral changes Tuesday that will require elected officials to pledge loyalty to mainland China, the latest attempt by Beijing to crush dissent in the semi-autonomous territory, the Guardian reported.

The Chinese say the bill is aimed at closing certain “loopholes” that had allowed “anti-China troublemakers” into politics. It will also ensure that Hong Kong is run by “patriots.”

The bill will require Hong Kong officials to swear allegiance to both Hong Kong and China or face disqualification from office and a five-year ban on running for re-election.

The bill will be applied retroactively and will extend the oath-taking requirements to local district councilors, the majority of whom are pro-democratic.

The reforms underscore China’s efforts to curb opposition in the territory following the 2019 protests over Beijing’s increasing heavy-handedness in Hong Kong.

In July, China passed a controversial national security law to silence critics and arrest pro-democracy leaders. The decision was condemned by Western governments as a violation of the “one country, two systems” framework, which guaranteed Hong Kong its semi-autonomous status.

Facebook agreed to restore news pages in Australia following a dispute over legislation that would have forced tech companies to pay news publishers for content, the New York Times reported Tuesday.

The dispute began over a bill that allowed media companies to negotiate individually or collectively with platforms such as Facebook and Google for payment for their news content.

Facebook’s reversal comes after the government agreed to amend the bill and give the platforms more time to negotiate with publishers. The bill also suggests the digital platforms can avoid payment if they significantly contribute to Australia’s news sites.

The bill is aimed at leveling the playing field between the tech platforms and publishers – the two sides have been bickering for years over who should pay for what.

Google said initially it wouldn’t comply with the new rules but in recent weeks, it began cutting deals with media companies such as Reuters, the Financial Times and News Corp. Facebook, however, said it provides value to publishers by sending traffic to media websites, which they can monetize with advertising.

Authorities detained Melia following a violent raid on his United National Movement’s headquarters in the capital, Tbilisi. The opposition leader had barricaded himself in the building after a court ordered his arrest last week for refusing to pay bail.

Melia is accused of inciting violence during an anti-government protest in 2019. He denies the charges and says they are “part of ongoing repressions against the opposition.”

British and US diplomats in Georgia condemned the arrest. Meanwhile, opposition parties have called for mass demonstrations over it.

The detention comes amid a wider political crisis in the country: Georgia has been rocked by protests after the governing Georgian Dream party won the parliamentary elections in October. The opposition has accused the ruling party of voter fraud and intimidation.

Last week, Prime Minister Giorgi Gakharia resigned in protest over calls to arrest Melia, saying that such a move could risk “political escalation” in the country.

His replacement, Irakli Garibashvili, however, has no such qualms, saying he would “not…hide from justice.”

Scientists recently came across a new species of chameleon so tiny it can fit on a fingertip, Gizmodo reported.

The Brookesia nana, found in the rainforests of northern Madagascar, is possibly the smallest reptile on the planet, with the males being the tiniest of the species.

In their study, researchers said that a female B. nana measured about three-quarters of an inch from snout to vent while the male was just slightly above half an inch – without accounting for its tail.

But despite their little frame, the males are well-endowed in proportion to their size. Researchers said size matters in this case “in order to successfully mate with the larger females.”

The team added that the tiny chameleon belongs to the Brookesia genus, which is known for being minuscule and unable to change colors like its bigger cousins.

As for their evolution, researchers initially presumed that the B. nana’s isolated habitat – living on an island – could have contributed to their small size. They added, however, that the island rule doesn’t always apply to lizards.

The authors also cautioned that the nano chameleons could be threatened by the rampant deforestation of Madagascar.

Fortunately, their habitat is intact and protected, which will hopefully allow them to continue to thrive.