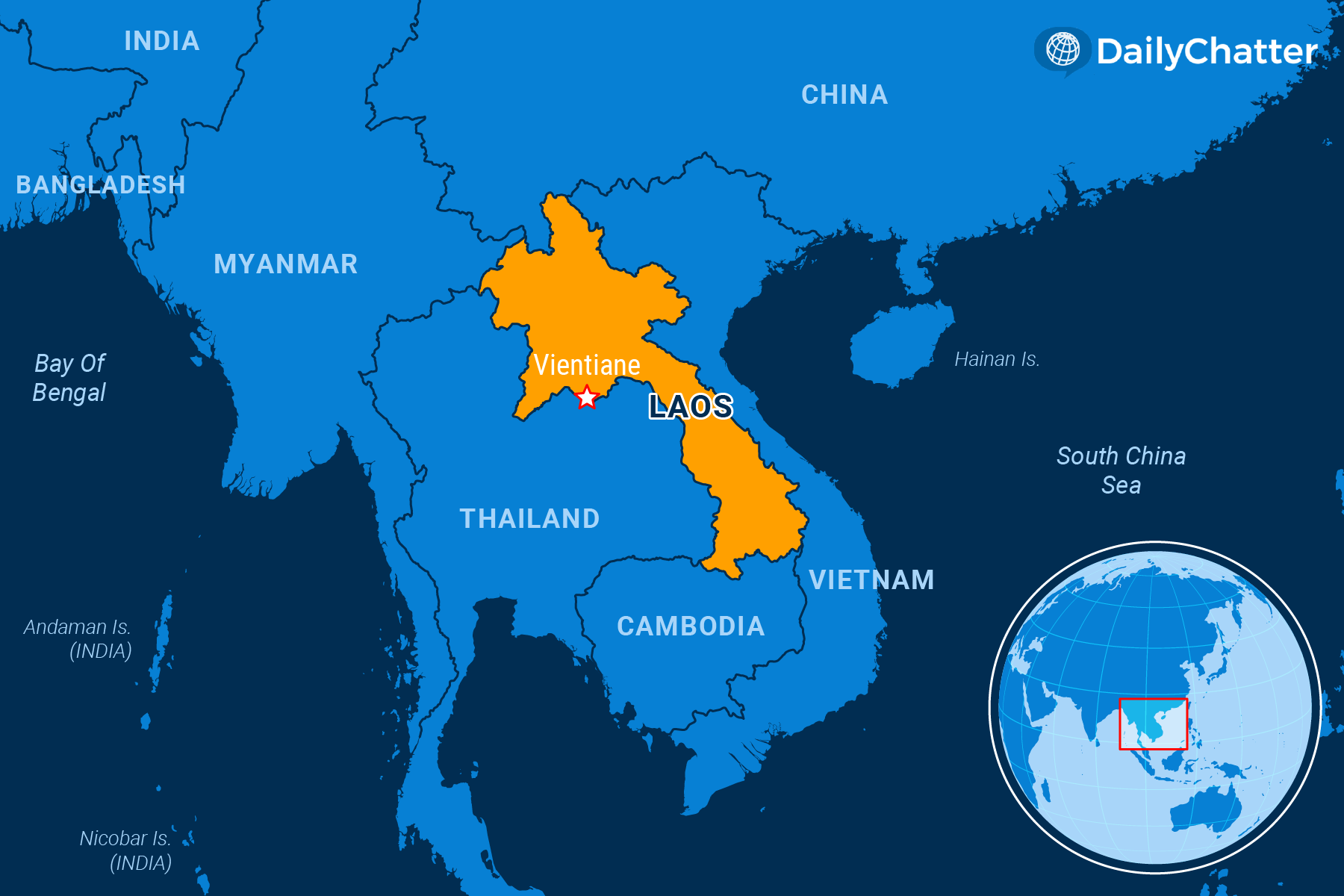 Laos’ communist leaders recently elected Prime Minister Thongloun Sisoulith as their new secretary-general. Described by the Bangkok Post as a “veteran of the old guard of the party” that seized power from a Western-backed government in 1975, the 75-year-old needs to come up with some new ideas to solve the problems that bedevil his small, landlocked Southeast Asian country.

Laos is impoverished. Annual per capita income is around $2,500. Thongloun faces a potential default on his country’s debt. The Diplomat, citing the Economist Intelligence Unit, reckoned that the country, whose gross domestic product is around $19 billion, is paying almost $2 billion a year to service its debt. A recession amid the coronavirus pandemic has made that servicing increasingly difficult.

Some of that debt is from a dam-building spree that could pay off in the long term. Laos aims to become the “Battery of Southeast Asia.” But its efforts to make that happen have not always gone as planned. In 2018, a dam on the Mekong River collapsed, destroying 19 villages, killing 71 people and displacing 14,000 others.

Around 4,000 of those people are still living in shelters in part because companies tasked with building them new homes can’t find experienced construction workers, Radio Free Asia reported. One developer also took three months off for Buddhist Lent shortly after receiving a contract to build 700 homes.

A Russian speaker educated in the Soviet Union, Thongloun already appears to be turning to the old communist playbook for a solution, launching an ambitious five-year plan that envisions 4 percent growth a year, foreign investment for new large projects and 6 percent inflation. The prime minister wants per capita income to increase to almost $2,900 by 2025.

Growth was already expected to increase after the pandemic subsided, however, so skeptics have suggested the five-year plan will not really change much. In fact, Thongloun’s cracking down on political dissidents and the environmental toll of building dams on the Mekong will likely cause new challenges to emerge in the future. Thailand has already raised concerns that a new dam planned on the Mekong might hurt Thai people downstream, Voice of America noted.

The decisive agent here is China. A Chinese firm will build the new dam. Thongloun gave the Chinese state-owned China South Power Grid control over Laos’ state-owned Electricite du Laos in a move that was likely designed to dissuade Chinese creditors from putting pressure on him to repay his country’s debts. Traditionally, Laos is diplomatically close to Vietnam, but China’s economic investments in Laos now supplant all other influencers there, wrote Nikkei Asia.

Perhaps younger, lower-level officials in the Laotian government will change the country’s direction, as the East Asia Forum suggested. Until then, a worker’s utopia is surely right around the corner.

Of Values and Stances

The lower house of the French legislature approved an “anti-separatism” bill Tuesday aimed at strengthening France’s secular principles amid criticism that it will harm civil rights and target the country’s Muslim minority, Al Jazeera reported.

One of the bill’s more than 70 articles will allow the government to close places, religious institutions and schools it deems “extremist.” Religious groups will also be required to declare large foreign donations and have their accounts certified.

The bill will now move to the upper house of parliament, where it is expected to pass.

The legislation was brought forward by President Emmanuel Macron, who warned last year that Islamist elements in the country are creating a “counter-society” that rejects secularism, equality and other French values and laws.

Macron’s government said that the tough strictures were “necessary for the republic,” but critics said that it was “an unprecedented blow” to religious freedom and the freedom to form associations.

The legislation comes more than a year before France’s presidential elections, which will pit Macron against far-right leader Marine Le Pen.

Critics said that Macron has been trying to harden his record on Islamic radicalism and that the text is meant to appease far-right voters.

Health officials and researchers are trying to understand how the number of coronavirus cases in India dropped in the past months, even though the country only began its vaccination campaign in January, the Associated Press reported Tuesday.

India is currently the second-most infected country in the world after the United States, with nearly 11 million confirmed cases and more than 155,000 deaths.

But since September, the world’s second-most populous nation has reported about 11,000 new cases per day, compared with a peak of nearly 100,000.

The significant fall has puzzled officials, who have suggested various explanations for the drop.

Some researchers suggested that the fall in large populated areas could be attributed to herd immunity – which is the threshold at which enough people have developed immunity to the virus by falling sick or being vaccinated to slow its spread.

Others, however, suggested that many Indians have developed a stronger immune response to the virus, as a result of being exposed to other pathogens and diseases throughout their lives, including cholera and typhoid.

The government, meanwhile, attributes the dip to mandatory mask-wearing, but analysts point out that situation is more complicated, because compliance has been weaker in some areas than in others, yet the decline has been uniform across the country.

Despite the good news, experts also cautioned that the people must not let their guard down, citing the dangers of the new coronavirus variants that have emerged worldwide.

A Dutch court ruled Tuesday that the government wrongly used emergency powers to impose a nationwide curfew that last month sparked the worst riots in the country in decades, Agence France-Presse reported.

Put in place to curb the spread of COVID-19, the curfew was “a far-reaching violation of the right to freedom of movement and privacy,” The Hague district court said, ordering the government to lift it immediately.

However, a higher court later ruled that the restrictions could stay in place pending an appeal on Friday, Politico reported.

Prime Minister Mark Rutte’s government imposed the controversial restrictions on Jan. 23, marking the first such curfew since the Nazi occupation of the Netherlands during World War II.

Three nights of riots erupted in multiple Dutch cities, and the government’s decision was challenged in court by the Viruswaarheid (Virus Truth) group – an organization that has protested the coronavirus restrictions and has spread conspiracy theories about the virus.

The curfew was originally set to end March 2, but Rutte urged citizens to continue to abide by the restrictions even if the case failed.

The lower court’s ruling is a major blow for Rutte’s government a month before the general elections. His administration is operating in a caretaker capacity after resigning in January over a child benefits scandal in which more than 20,000 families were wrongly accused of fraud by the tax authority.

Italian poet and politician Dante Alighieri is famous for his Divine Comedy. A long narrative poem that includes the Inferno, Purgatorio and Paradiso, the account of a journey through hell to paradise has been described as one of the greatest works of literature.

However, Dante’s historical reputation remains tarnished by accusations of corruption, for which authorities in 14th century Florence condemned him to burn to death.

Now, more than 700 years later, one of his descendants is out to clear out his name, the Guardian reported.

The descendant, Sperello di Serego Alighieri, has teamed up with law professor Alessandro Traversi to try to establish whether the author’s 1302 sentencing for corruption in political office would stand today.

During that period, supporters of the Pope – known as Guelphs – were split between Black and White factions: The former remained steadfast to the papacy, but the latter rejected papal influence.

In 1301, the Black party took control of Florence and accused Dante – a member of the White party – of corruption. His sentence was 5,000 florins and two years’ banishment, with a permanent ban from public office.

Dante then failed to appear in court a year later, prompting authorities to sentence him to death in absentia.

Alighieri’s descendant and Traversi explained this will be a mock trial to mark the 700th anniversary of the poet’s death, to see if the conviction was just, or “the poisoned fruit of politics that used justice to attack an opponent.”