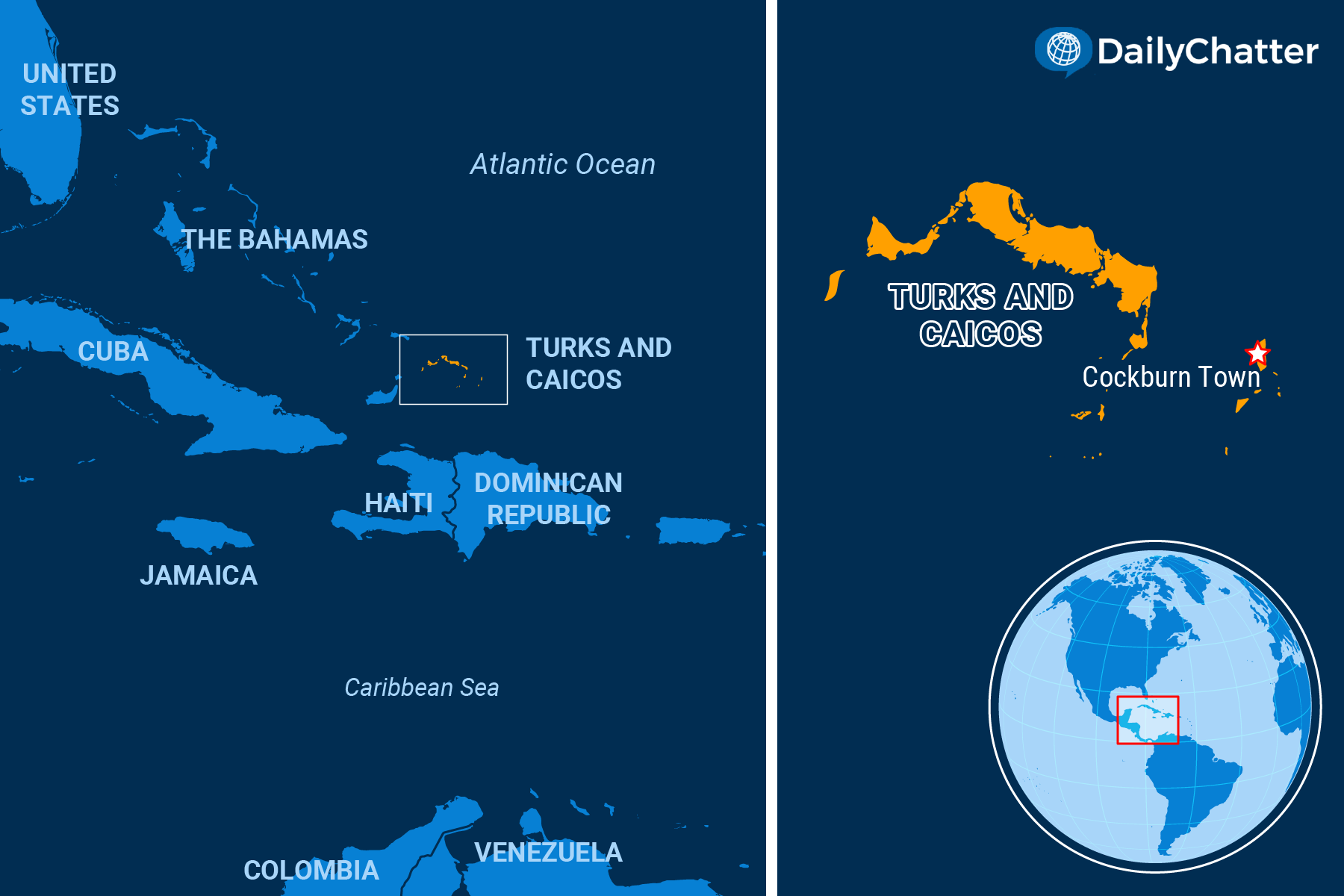 Premier Sharlene Cartwright-Robinson, who runs the British overseas territory of the Turks and Caicos Islands, recently became the first in her nation to receive the COVID-19 vaccine.

“We want the people of these Islands not to be consumed by the fear generated by myths and false information about the vaccine and the virus,” she said in a press release quoted in the Turks and Caicos Weekly News.

Her comments reflected enlightened self-interest. The islands’ economy is dependent on tourism. The US State Department recently issued a warning against traveling to the islands, however, noting a spike in crime as well as health concerns. Cartwright-Robinson has imposed a curfew in Providenciales, the territory’s largest city, from 9 p.m. to 5 a.m. to stop the spread of the coronavirus.

Those measures seem to have worked. The virus has not overwhelmed Turks and Caicos. Now, however, as Cartwright-Robinson seeks to inoculate all her adult constituents with the help of British vaccines, as the Miami Herald explained, she needs to pivot to focus on the local economy.

Major resorts, for example, have set up rapid-testing sites to ease travelers’ concerns about their health, wrote TravelPulse. Whether or not visitors will come has yet to be determined. Some might fear contracting the virus on a warm, white sand beach. Others might fear they will bring the virus from their snowy city to paradise. The New York Times described this line of thinking as the “Caribbean dilemma.”

Cartwright-Robinson also undoubtedly made a point of showcasing her vaccination because, amid these uncertain times, she is running for reelection on Feb. 19.

She and members of her People’s Democratic Movement are running on their record of weathering the pandemic as well as steering the economy away from disaster, reported the Turks and Caicos Sun. Under her leadership, for example, the territory secured an $80 million loan that will help her government temporarily make up for lost revenues.

Her opponents in the Progressive National Party have plenty of ammunition, however.

Also, crime in the Turks and Caicos Islands has risen as police have focused on enforcing pandemic rules, workers have remained home and the migrant crisis has grown worse. Boatloads of impoverished Haitians and others have been arriving on the islands in recent months in search of opportunities.

“Citizens and business are weary because they know the character of the criminal activity and feel the direct cultural and social effects of illegal migration,” wrote local attorney Mark Fulford in the Turks and Caicos Sun.

The pandemic and migrant crisis are nobody’s fault. Someone might take the blame, though.

More than 50 nations signed a declaration against the detention of foreign nationals for diplomatic leverage, a political tactic used by China, Iran and North Korea, the Wall Street Journal reported Monday.

The signatories, which include the United States, Canada and most of the European Union, said that the declaration does not target any specific nation. The declaration is nonbinding and has no tools of enforcement.

In 2018, Chinese authorities arrested Canadians Michael Kovrig and Michael Spavor on charges of espionage, provoking a standoff between Canada, the US and China.

Canada has accused China of detaining the two men in retaliation for its arrest of Meng Wanzhou, an executive at China’s mobile giant Huawei, on a US extradition request.

The US, meanwhile, is demanding the release of two American citizens detained in Russia.

In July, a Russian court convicted US student Trevor Reed of endangering the lives of two police officers. A month earlier, former US marine Paul Whelan was sentenced to 16 years in a Russian prison on espionage charges.

Both individuals deny the charges.

Guinea declared an Ebola outbreak this week after at least three people died and four others were confirmed to be infected, Sky News reported Monday.

The cases mark the first known resurgence of Ebola since the last outbreak ravaged Guinea, alongside Liberia and Sierra Leone, five years ago. The West African country is also still struggling with the coronavirus pandemic.

The announcement comes one week after the Democratic Republic of the Congo also confirmed new Ebola cases, although the two outbreaks are not related.

Guinean health officials fear that the new outbreak could be a major problem for the poor nation, as it is still recovering from the last outbreak and handling the current pandemic.

The World Health Organization reported that the 2013-2016 Ebola epidemic in West Africa infected more than 28,000 people and killed more than 11,300.

More than 2,500 died in Guinea, where the epidemic began.

If It Ain’t Broke…

Mexican President Andrés Manuel López Obrador is planning to dismantle the country’s freedom of information system, a move that has sparked concern among journalists and anti-corruption activists, the Washington Post reported.

Formed in 2002, the system is considered to be among the most effective in the world, as well as “one of the most important democratic advances in Mexico” since the end of one-party rule in 2000.

The system has allowed journalists and researchers to easily access documents in a country where authorities have long withheld basic information, while also exposing high-level corruption in the government.

Despite its reputation, López Obrador wants to rein in the National Institute for Access to Information (INAI), the independent body that runs the world-renowned system.

The populist leader said that the institution was expensive and that it failed to end corruption, adding that it only provided the illusion of transparency in a system dominated by unscrupulous officials and their wealthy allies in private business.

Critics say that López Obrador’s attacks on INAI and other independent agencies highlight certain authoritarian tendencies of the president, whose government has not always distinguished itself in transparency.

Lopez Obrador has proposed a leaner and faster freedom of information system, but it is unclear if he will be able to dismantle the current structure.

The Worst Drink In The World

The coronavirus has infected more than 100 million people and killed more than 2.4 million all over the world since the pandemic began one year ago.

Mathematician Kit Yates of Bath University in Britain estimated that there are around two quintillion – that’s 18 zeros – SARS-CoV-2 virus particles in the world at any one time.

While that might seem like a lot, Yates noted that if all the virus particles were collected in one place, they wouldn’t even fill up a can like the ones used by Pepsi and Coke, according to the Independent.

The researcher explained that he used the diameter of the virus – at an average of about 100 nanometers – and then figured the volume of the spherical pathogen.

Reporting his calculations in the Conversation, he concluded that all the virus particles around the globe would add up to a total volume of about 120 milliliters – which is less than half that of a 12-ounce can.

Yates said that his calculation offers an interesting perspective on how such a small virus is causing a global impact.

“It’s astonishing to think that all the trouble, the disruption, the hardship and the loss of life that has resulted over the last year could constitute just a few mouthfuls of what would undoubtedly be the worst beverage in history,” he said.