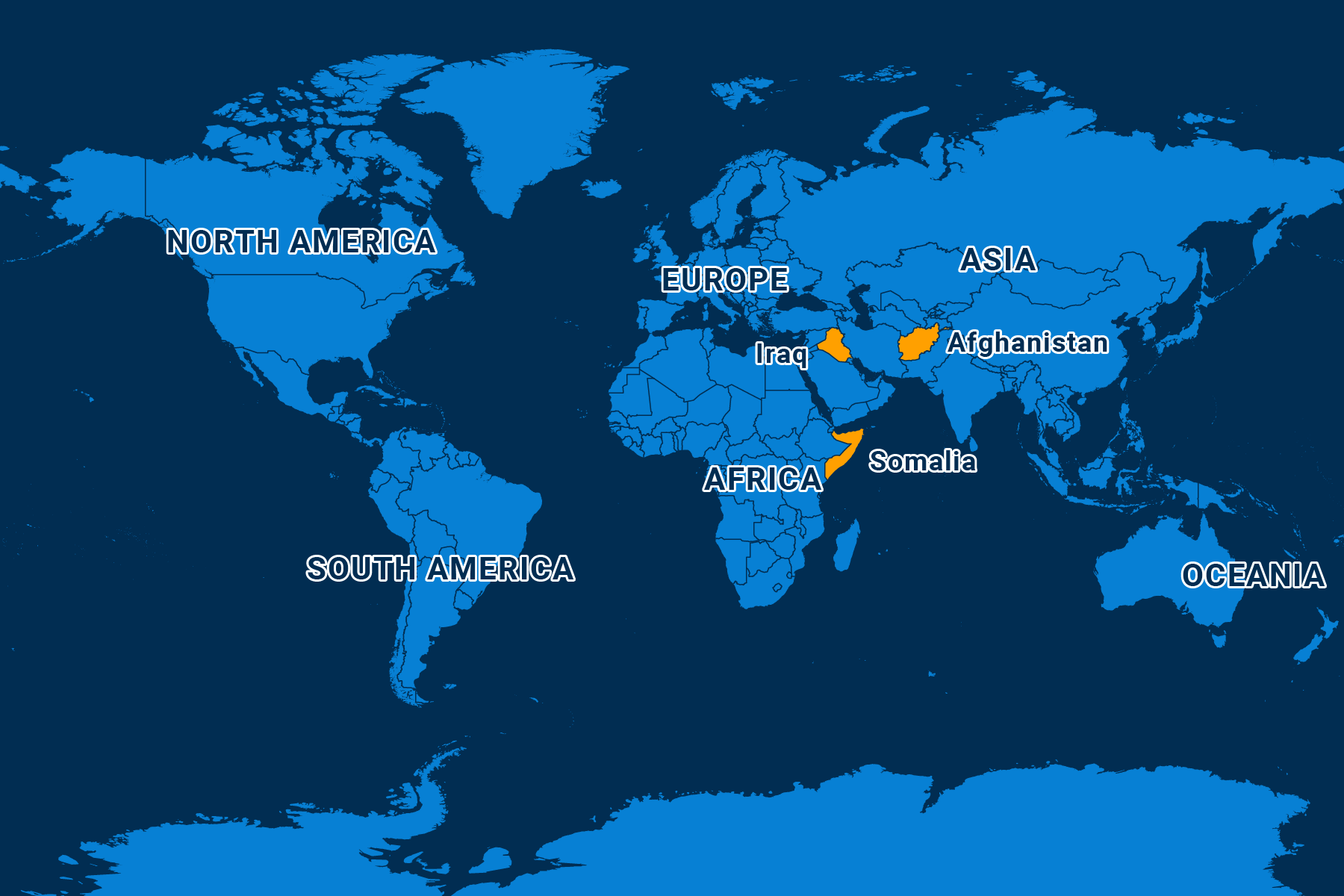 President Donald Trump ordered most American troops out of Somalia in early December. But that didn’t mean the troops would be coming back home. Many would be redeployed to Djibouti or Kenya.

“To be clear, the US is not withdrawing or disengaging from east Africa,” US General Stephen Townsend wrote in a statement to the Army Times. “We remain committed to helping our African partners build a more secure future. We also remain capable of striking al-Shabaab at the time and place of our choosing – they should not test us.”

In the US, people debate whether or not America should extend its military power around the globe or adopt a more isolationist stance. However, deploying US forces is not a black-and-white dynamic but a constant shifting of humans and materials to different strategic points according to up-to-the-moment needs.

What’s more, as Foreign Affairs explained, Trump’s rearranging of America’s military presence abroad has arguably increased, not diminished, the US’s commitments. Nor has he shifted the financial burden of those defenses to other countries or changed the size of the military footprint he inherited from his predecessor, Barack Obama, added the New York Times.

In June, for example, Military.com reported, Trump ordered thousands of American troops to leave Germany. Rather than leaving Europe behind, many are going next door to Poland. While helping Poland is laudable, it’s hard to see how moving these chess pieces might change a potential future conflict with Russia.

The American president has also engaged in bellicose rhetoric, vowing to bomb the enemies of America. “Trump can’t figure out whether he wants to start wars or end them,” was the headline of a Washington Post op-ed by Max Boot, a conservative who opposes the Republican president.

Trump has also ordered that the number of American troops decrease from 4,500 to 2,500 in Afghanistan and from 3,000 to 2,500 in Iraq by mid-January. According to Reuters, that order could have been illegal.

Nonetheless, as a result, NATO troops now outnumber American soldiers in a combat theater that was established in response to the September 11 terror attacks of 2001, noted Military.com. The war has cost more than $9 billion, taken the lives of more than 2,000 US troops and wounded more than 20,000, author Marla Bautista wrote in a Miami Herald opinion piece. That’s a terrible toll. But it pales in comparison with the more than 100,000 Afghan civilians who have died in the war, according to the United Nations.

In Iraq, a residual force of Americans will conduct training and other support services, Xinhua reported. But as Americans leave that country, US relations with Iran are as bad as ever, the Washington Post wrote. Iraq even recently issued a warrant for Trump’s arrest over the death of Iranian military commander Qassim Soleimani. 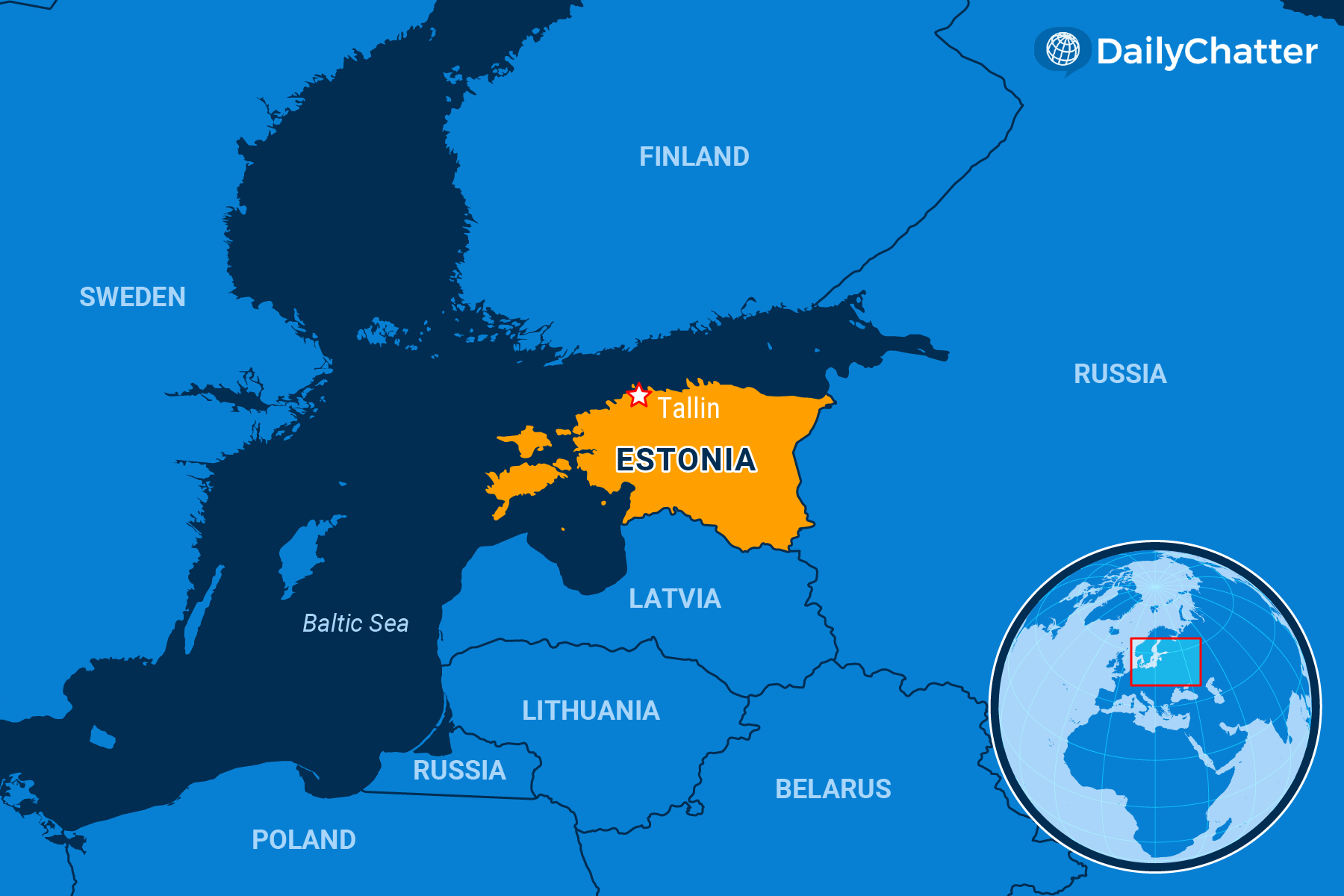 Estonian Prime Minister Juri Ratas resigned Wednesday over a major corruption scandal that embroiled his party and a populist ally, putting an end to the controversial coalition in the NATO member state, the Financial Times reported.

On Tuesday, prosecutors named members of Ratas’ Center party, including its secretary-general, as suspects in a criminal investigation over a property development in Tallinn. Authorities also named Kersti Krach, an adviser to Finance Minister Martin Helme, who is also head of the far-right Ekre party.

Prosecutors allege that the Center party gave the Porto Franco property company a $47 million loan through Estonia’s state credit agency last year under a scheme designed to help businesses hit by the pandemic. The party would then receive a donation of more than $1 million in return.

Ratas said that he has not been linked to the corruption scandal, but his resignation would help “achieve clarity.”

The move puts an end to the three-party coalition formed in 2019 following Estonia’s parliamentary elections, which was controversial due to the inclusion of the Ekre party. Critics say Ekre tarnished the country’s liberal image by insulting the LGBT+ community, immigrants, and US President-elect Joe Biden.

Ugandans head to the polls Thursday to vote in the country’s hotly contested general elections amid a social media blackout, a crackdown against opposition candidates and fear of violence on voting day, the New York Times reported.

The vote comes at the end of an election period that has been marked by crackdowns against the opposition and nationwide protests that have led to at least 54 deaths and hundreds of arrests.

Last week, Wine filed a complaint with the International Criminal Court against Museveni and other officials, accusing them of inciting their supporters to murder unarmed protesters and authorizing the arrests and beatings of political figures, according to the Washington Post.

The election also follows a ban on Facebook and other social media outlets, after the tech giant removed more than 100 profiles connected to Museveni’s government.

Museveni accused Facebook of taking sides, saying that the ban was “unfortunate” but “unavoidable.”

Meanwhile, the government also deployed the military in the streets as a show of might, a move that could spark more violence on voting day.

Mexico’s health ministry published rules to regulate the use of medicinal cannabis earlier this week as part of a broader reform to create the world’s largest legal cannabis market, Reuters reported.

Under the rules, companies must take permission from Mexico’s health regulator and research has to be done in strictly controlled, independent laboratories. The regulation also stipulates rules for the sowing, cultivation and harvesting of cannabis for medicinal purposes.

The new rules follow a reform by Mexico’s lawmakers to legalize the recreational use of marijuana, a major shift in a country plagued for years by cartels that have made millions of dollars growing marijuana illegally and smuggling it into the United States.

The reforms have piqued the interests of many weed companies in Canada and the US: Many have delayed investing in Mexico over policy uncertainty.

Archaeologists have been discovering buried Neanderthal remains since the early 20th century, but they have always debated whether the extinct hominins conducted funeral practices.

Archaeological methods back then weren’t exactly refined to help settle the debate, but a new, thorough study on a Neanderthal child skeleton is finally solving the mystery, Gizmodo reported.

A team of researchers recently studied the skeletal remains of LF8, a 2-year-old Neanderthal child that was buried some 41,000 years ago in what is now France.

The remains were found sometime between the 1960s and 1970s, but scientists never properly analyzed the bones until recently.

The new team reviewed previous literature pertaining to the fossil, revisited the burial site and meticulously looked into the bones’ proteins and DNA among other things.

They concluded that the child was in fact buried in the area, albeit in a rapid fashion.

Neanderthal burial practices remain contentious among historians, as they raise questions about the similarity between the funerary practices of the current Homo sapiens and their extinct cousins.

Radiocarbon dating of the bones also showed that this burial took place during “the very tail end” of the Neanderthal period: This adds further questions, such as whether Neanderthals learned it from our ancestors – or vice versa – or if this was a one-off event.