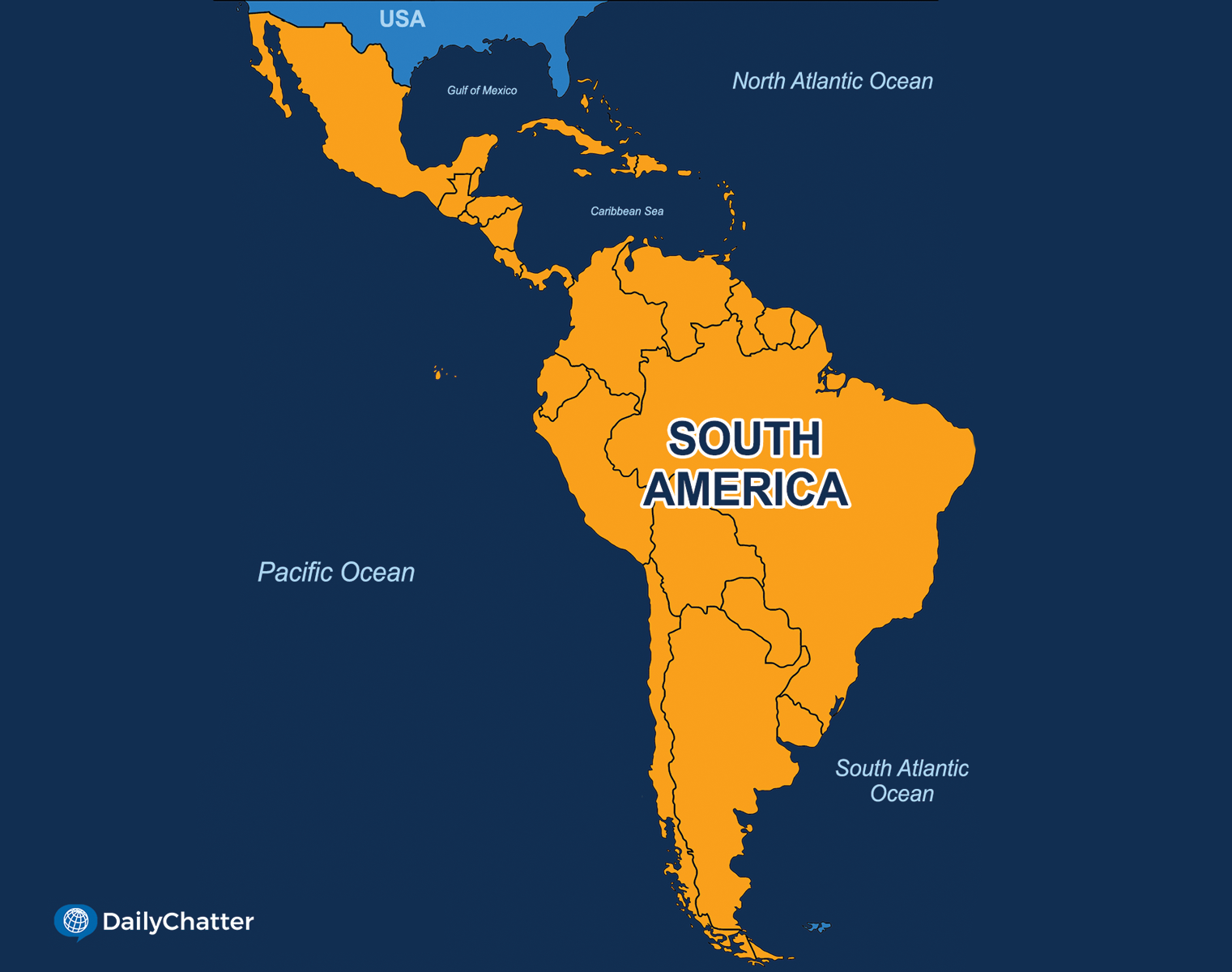 Gustavo Delgado visits a food pantry every day in his hometown of Buenos Aires, Argentina. Otherwise, his family doesn’t eat. Delgado, 52, had been an office cleaner until earlier this year, Reuters reported. But his employer closed down due to the coronavirus pandemic. Unable to find a job, he is three months behind on the rent for the small house he shares with his wife and granddaughter.

Argentina was already in a recession dating back to 2018 due to investors’ lack of confidence in the South American country’s political stability and financial stewardship. Covid-19 has made the bad situation worse.

As a second surge of the coronavirus attacks Central and South America, experts are fearful that the region’s leaders – often mired in corruption, presiding over governments that lack capacity and sometimes showing gross incompetence – will fail to rise to the challenge.

Covid-19 recently became the leading cause of death for five Latin American countries and the second-most common cause in another six, according to National Public Radio. Hard-hit countries like Ecuador have cracked down on any behavior that might spread the virus, even banning the sale of alcohol, Chinese state news agency Xinhua noted.

“The management of the pandemic has been so bad that we are not optimistic about how the vaccine is going to be managed,” Dr. Francisco Moreno, who oversees Covid-19 treatment in the private ABC Medical Center in Mexico City, told the Los Angeles Times. “The people at the top are not doing what has to be done.”

Mexican officials misled residents of the capital, for example, withholding data that would have triggered a lockdown in December to keep the economy humming, the New York Times wrote. Citizens were allowed to congregate for two weeks before officials had no choice but to shut down businesses and enact other rules.

At the same time, there’s a surge of infections because of a policy allowing Americans and Europeans seeking to escape the cold and Covid-19, to head to resorts where they party as if on spring break, the Washington Post reported.

Meanwhile, Brazilians can look forward to a Chinese vaccine that has shown signs of promising efficacy even if it is less effective than those Europeans and Americans are getting. Yet President Jair Bolsonaro recently delivered an “expletive-filled tirade” against the vaccine, saying it might turn those who take it into alligators, reported the New York Post. That’s not a ringing endorsement from a leader who has been a virus-denier even when he became infected.

Some believe the region is in danger of enduring a “lost decade” like it experienced during the 1980s, when inflation, debt defaults, crime and economic decline were the order of the day, Foreign Affairs explained. The World Economic Forum, working with Project Syndicate, issued an analysis that hoped the virus could help the region rebuild and avoid the mistakes that made it so fragile in the first place.

Resilience requires preparing for unknown unknowns. That requires resources and the power to channel them. Sometimes, like many things these days, those are in short supply.

Be Careful What You Ask For…

Britain and the European Union agreed on a trade deal following nearly a year of intense negotiations as the country prepares to leave the bloc permanently on Jan. 1, the New York Times reported over the weekend.

The Christmas Eve agreement ends the impasse between the two parties but has left many businesses and citizens scratching their heads over the details of the deal even as lawmakers from both sides prepare to vote on it this week.

While the agreement avoids the disruption of a no-deal Brexit, analysts noted that it will begin the biggest overnight change in commercial relations in modern history, according to the BBC.

For starters, British businesses and distributors will have to have new export certifications to allow products of meat, fish and dairy to be sold to the bloc. Once exempted from inspections, British food will face the same scrutiny as imports from Chile or Australia.

The British government estimates there will be 215 million extra customs declarations a year, nearly 600,000 a day, which businesses say will take time and cost money to organize, wrote the Wall Street Journal.

Another chief issue is that the deal will hamper the activities of the British service sector in the bloc, which includes financial and legal services: The sector has been largely left out of the agreement, despite accounting for 80 percent of British economic activity.

British Prime Minister Boris Johnson acknowledged that the agreement offered “not as much” access for financial firms “as we would have liked,” but Finance Minister Rishi Sunak said that it would allow the country to “do things a bit differently,” Reuters reported.

The deal also upends the free-movement of people between Britain and the EU. Brits can visit EU nations only for 90 days within 180 days and will need visas if they plan to stay longer or work in the bloc.

It also did little to assure European migrants in Britain, sparking fears EU citizens will be unfairly refused jobs or rental apartments.

Many Brits, meanwhile, complained that this meant the loss of job opportunities, while some said they might have to sell their properties in the bloc, according to the Local.

The Road To Peace

The new 24-member cabinet, headed by Prime Minister Maeen Abdulmalik, will be equally represented by members of northern and southern regions, including members of the separatist Southern Transitional Council (STC).

The formation of the new government is part of the Saudi-backed Riyadh Agreement, signed between the Yemeni government and the STC in November 2019 in a bid to stop the fighting.

Yemen has been plagued by war since a Saudi-led coalition intervened in early 2015 to restore the government removed from power in the capital Sanaa by the Iran-backed Houthi rebel movement in late 2014.

The conflict has claimed more than 200,000 lives, devastated Yemen’s health facilities and has pushed the impoverished country to the brink of famine.

Earlier this month, the International Rescue Committee said Yemen is the country most at risk of a humanitarian catastrophe in 2021, marking the third year running the war-ravaged nation earned that grim recognition.

Hoping For A New Day

European Union nations began administering the coronavirus vaccine Sunday with officials marking it as a turning point in the worst healthcare crisis in a century, Euronews reported.

The coordinated rollout for the 27-nation bloc was aimed at projecting a unified message that the vaccine was safe and would help the EU to emerge from the pandemic and the economic crisis it has caused.

EU leaders and officials called the vaccine a “game-changer,” adding that mass rollout was a “touching moment of unity” for the bloc.

Each EU nation received a first shipment of just under 10,000 doses of the Pfizer/BioNtech vaccine on Saturday and vaccinations were supposed to begin on Sunday. However, Germany, Hungary and Slovakia began their campaign a day earlier.

Meanwhile, France is being cautious in encouraging the public to take the vaccine, following concerns over its safety.

The EU has secured up to 300 million doses of the Pfizer/BioNtech vaccine through an advance purchase agreement and has struck similar deals with other pharmaceutical companies to secure enough vaccines for the bloc’s 450 million people.

A Hop and a Think

Kangaroos are a national symbol of Australia.

They are also a major pest.

Many farmers complain that the marsupials eat the pastures meant for their livestock, while scientists fear they threaten endangered wildlife. And the fact that their numbers – 50 million –are double that of the Australian population means some people just “want to shoot them,” researcher Alan McElligott told the New York Times.

Now, McElligott and his team discovered that the mammals are actually very smart: They can communicate with humans the same way dogs, horses and goats do, despite never having been domesticated.

In their study, researchers trained and tested 11 captive kangaroos to get food out of a box. The team then locked the box to see how the big animals would react.

Initially, the kangaroos tried to open it but after many futile attempts, they turned their attention to McElligott, who was monitoring them.

Researchers noted that the findings show that kangaroos are the first wild animals to exhibit a communication behavior with humans that is mainly seen in domesticated species.

They hope their findings will persuade many Australians to treat this national treasure with more care – despite their annoying behavior.