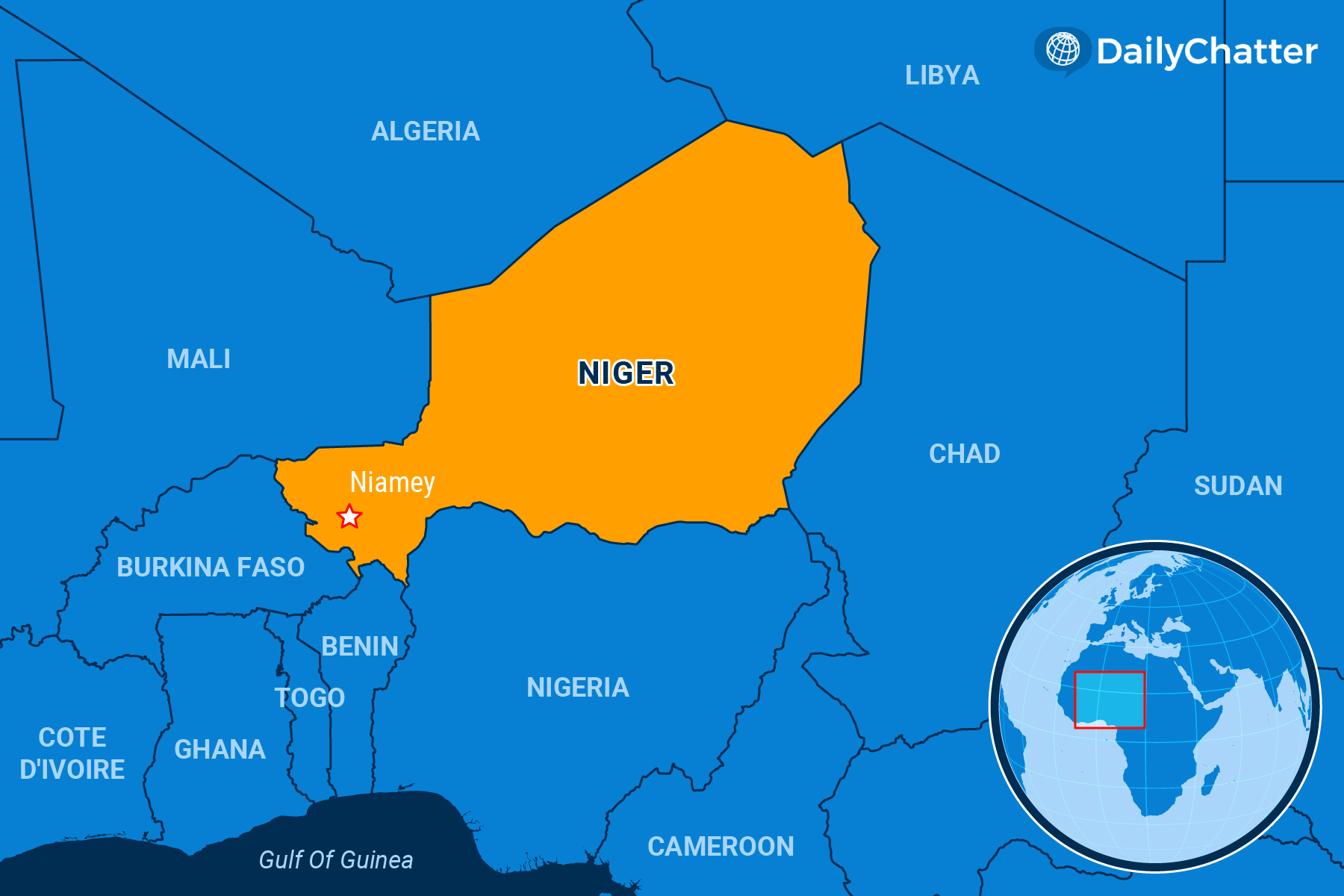 A Question of Lives

Boko Haram militants affiliated with the Islamic State killed 28 people and burned 800 homes in an attack in southern Niger recently.

The terrorists shot 10 people and immolated 14 victims in the village of Toumour, Reuters reported. Another four died as they tried to escape through a river, the Associated Press added. Known for their kidnappings and terrorism in Nigeria, Boko Haram has been active in Niger’s border region with Nigeria for years. Now, some experts believe they appear to be expanding their reach.

Such instability has repeatedly forced the West African nation to put off elections. But recently, after many delays, Niger held local elections despite the threats, explained Agence France-Presse. Now Nigerien voters are slated to head to the polls on Dec. 27 to elect a new president and legislature, raising concerns about more bloodletting as citizens choose who will run the troubled country in the future.

The election is important because, if successful, it would be the first peaceful transfer of power in the ex-French colony. Unlike other African heads of state who seek to extend their terms despite constitutional limits, incumbent President Mahamadou Issoufou is stepping aside after two terms, as the law demands.

Here, that is something special.

Niger has suffered four coups since 1960. In a news story about the recent death of ex-Nigerien President Mamadou Tandja, Voice of America noted that he won in elections twice but only left office at the behest of the military.

The ruling Nigerien Party for Democracy and Socialism’s candidate, Mohamed Bazoum, is expected to win. A former interior and foreign minister, Bazoum has presided over a country that Freedom House described as “partly free,” giving the government a rank of around 50 out of 100 on protecting political rights and civil liberties.

Bazoum was going to run against former prime minister and parliamentary speaker Hama Amadou. But Niger’s Constitutional Court invalided Amadou’s candidacy because he and one of his wives was convicted of involvement in a child trafficking ring that brought Nigerian babies to wealthy families in Niger via a third country, Benin. Amado has claimed the charges are part of a political witch hunt.

At the same time, many critics of Bazoum charge that he is not technically a citizen of the country. The lack of a solid system of registering citizens means it’s hard to resolve that issue, however, wrote the Daily Maverick, a South Africa-based magazine.

Niger has a chance to grow its democracy. It must, so it can defend people’s lives.

A Game of Thrones

The US State Department is considering granting immunity to Saudi Crown Prince Mohammed bin Salman after a former top Saudi intelligence official filed a lawsuit that accused the royal of attempting to assassinate him, the Hill reported Wednesday.

In August, Saad Aljabri, a longtime aide to deposed Crown Prince Mohammed bin Nayef, as well as a close US intelligence ally, accused bin Salman – the de facto ruler of Saudi Arabia – of sending an assassination squad to Canada, where he currently lives in exile. Aljabri said the hit squad was sent just days after the killing of Saudi dissident journalist Jamal Khashoggi, who was murdered and dismembered at the Saudi consulate in Istanbul, Turkey.

The Saudi hit squad was stopped by Canadian customs officials, who, “in a grisly echo of the Khashoggi case,” were found carrying forensic tools that could have been used to dismember a corpse, according to the Washington Post.

Aljabri says the crown prince is targeting him as well as his children and other family members because he knows damaging secrets about the prince’s rise to power.

Meanwhile, the Saudi government has requested Interpol arrest Aljabri and extradite him to Saudi Arabia to face charges of corruption and embezzlement.

Last month, the State Department requested information from Aljabri’s lawyers to decide whether immunity should be granted to the crown prince, according to documents gathered by the New York Times.

Both American and Saudi officials have not commented on the case. It remains unclear whether the department will recommend immunity or even if a decision will be made before President-elect Joe Biden assumes office next month.

President Donald Trump has maintained a strong relationship with the crown prince and has refused to believe that Prince Mohammed ordered Khashoggi’s murder – despite many international agencies including the CIA suggesting otherwise.

An alliance of political parties in Indian-administered Kashmir opposed to India’s policies in the region won a majority of seats in local elections, the first polls since New Delhi revoked the region’s special status last year, Al Jazeera reported Wednesday.

Peoples Alliance for Gupkar Declaration (PAGD), which is pro-India but favors self-governance in Kashmir, received 112 of 280 seats in District Development Council elections, which were held in eight-phases from Nov. 28 through Dec. 19.

Meanwhile, Prime Minister Narendra Modi’s Hindu nationalist Bharatiya Janata Party (BJP) won at least 74 seats, including three in the Kashmir valley – a feat it has never achieved in any of Kashmir’s 10 districts, according to the Financial Times.

Election officials said that turnout was more than 51 percent and called the vote “the biggest festival of democracy.”

Political activities in the region came to a halt after the Indian government abrogated Article 370 of the constitution in August 2019 that had given Kashmir its semi-autonomous status. Since then, Indian authorities have kept a tight grip on the region and have arrested most political leaders – they had called for a boycott of the elections.

The PAGD alliance – composed of two main regional parties and other smaller ones – was created to keep the BJP on the margins.

Kashmir-based politicians said the election results show that the Kashmiri people have rejected the central government’s decision to revoke the region’s status.

The Israeli Supreme Court this week began hearing a landmark case against a controversial law that defines Israel as the nation-state of the Jewish people, a law opponents say discriminates against minorities, the Associated Press reported.

The case began after Arab rights groups filed 15 petitions asking the country’s top court to strike down the law. A panel of 11 justices – the court’s largest configuration – will review the legislation, which was passed by parliament in 2018.

Aside from defining Israel as the nation-state of the Jewish people, the law mentions that “fulfilling the right to national self-determination in the state of Israel is unique to the Jewish people.” It also downgraded Arabic from an official state language to one with “special status.”

Critics say that the law discriminates against the Arab minorities in the country which make up around 20 percent of the population. Proponents, however, claim that it merely enshrines Israel’s existing Jewish character into law.

Meanwhile, Prime Minister Benjamin Netanyahu said in a Facebook post that the court had “no authority to debate the validity of Basic Laws,” and called for legislation to limit judicial authority.

New research found that otters are fast learners and very good teachers, according to NPR.

Scientists initially suspected that animals would find food through a process of trial-and-error but a series of experiments revealed they were apt pupils.

Lead author Alexander Saliveros and his team tested the puzzle-solving skills of captive otters by building various intricate puzzles with different kinds of tasty treats inside.

“Small plastic boxes with various kinds of opening flaps and levers to pull, all kinds of sections to twist, that contained beef meatballs,” said Saliveros.

The team noticed that otters would carefully look at their companions when deciding whether to solve a puzzle or not. They would also pick up tips on how to unlock their treats.

But this wasn’t just a one-off: The aquatic creatures also remembered how to solve the puzzle months later, showing signs of long-term memory.

Saliveros hopes that the study can help in the conservation of the species, as their food sources are becoming more scarce.

Meanwhile, other researchers pointed out that the findings provide more evidence that social learning is not just a human trait but is actually quite common in animals, too.