China, like the US, Canada and the UK, is slowly rolling out plans to vaccinate its 1.4 billion people. The country has four vaccines that have been undergoing testing throughout the world, the Associated Press wrote. China even sent 1.2 million doses of one vaccine to Indonesia in what could be portrayed as vaccine diplomacy.

Countries like Morocco and the UAE are willing to use one vaccine by Sinopharm, even though it has a 86 percent effectiveness rate – lower than two others so far developed in the West – and hasn’t concluded all of its clinical trials, the Washington Post wrote.

“China began the year with its international reputation tarnished after anger that it quelled early reports of a new respiratory virus,” wrote Quartz. “It hopes to end it on a better note – by dispatching vaccines to countries who might otherwise have to wait longer for the shots.”

After a year of sickness, too many deaths as well as indictments and celebrations over the response to the coronavirus in East Asia, many in the region hope they have reached the end of the beginning of the public health crisis that is now surely going to last more than a year.

These days, after many countries made admirable strides in controlling the virus, cases across the region are spiking. Infections in China have also been increasing, with officials in Beijing complaining about migrants from Southeast Asia spreading the sickness, as the New York Times reported: They are ordering mass testing in the major southwestern city of Chengdu where many Myanmarese and other migrants travel.

Meanwhile, Indonesia, Japan, Malaysia, Thailand, the Philippines and South Korea are experiencing record infections. Hong Kong, part of China, is grappling with its fourth wave of the virus, reported Time. Singapore has been mostly spared. And the Pacific island nation of Samoa announced its first case of Covid-19 on Nov. 19, ChannelAsia reported.

Until recently, the remote Pacific islands were among the most successful in the world at keeping out the virus – they closed their borders early in response to the threat, despite the huge cost to the tourism-reliant economies, the broadcaster said.

Meanwhile, many Asian countries are leveraging their experience with the virus and previous ones, noted Voice of America.

Testing, moving quickly at the sign of outbreaks to trace infections, and compelling public compliance are among the tools they’ve deployed. Japan and South Korea have called out the military to help with these measures, CNN reported. Cases in Japan’s coldest city are now on the rise, Reuters wrote. The South Korean health minister called the capital, Seoul, a “war zone,” according to National Public Radio.

Time noted that this surge in the region is likely going to be different than those earlier this year because the cold, dry weather is spreading the virus while governments are not closing businesses or preventing travel to the extent they once did – out of concern for their economies.

And then there is pandemic fatigue.

For example, in Hong Kong, the current surge is traced back to dance halls where older women pay for dance lessons with younger men, the South China Morning Post reported.

“And we’ll see less enthusiasm from those businesses to be closed again,” he added.

That fight to counter the virus is flagging among the public, too, experts add. And that’s the problem.

Mexico is considering a bill that would complicate cooperation between Mexican and American anti-drug agents, even as drug cartels increase their power and reach, the Washington Post reported.

The bill would require Mexican authorities to get permission from a high-level security panel to talk with “foreign agents” such as those working for the FBI or the US Drug Enforcement Administration.

Mexican officials are also obliged to provide a written report about such meetings.

Analysts said the measure could “paralyze the relationship” between agents of both nations and impact a wide range of investigations.

US officials have expressed concern about the proposed legislation. Mexican officials, however, say the law is a necessary guarantee of the country’s sovereignty: The Mexican government wants a “harmonious relationship with the United States but not one of subordination.”

The proposed law comes a few weeks after US authorities released retired General Salvador Cienfuegos – the former defense minister was detained in Los Angeles in October on drug-trafficking charges.

US officials had built a case against him but eventually dropped the charges following pressure from the Mexican government. 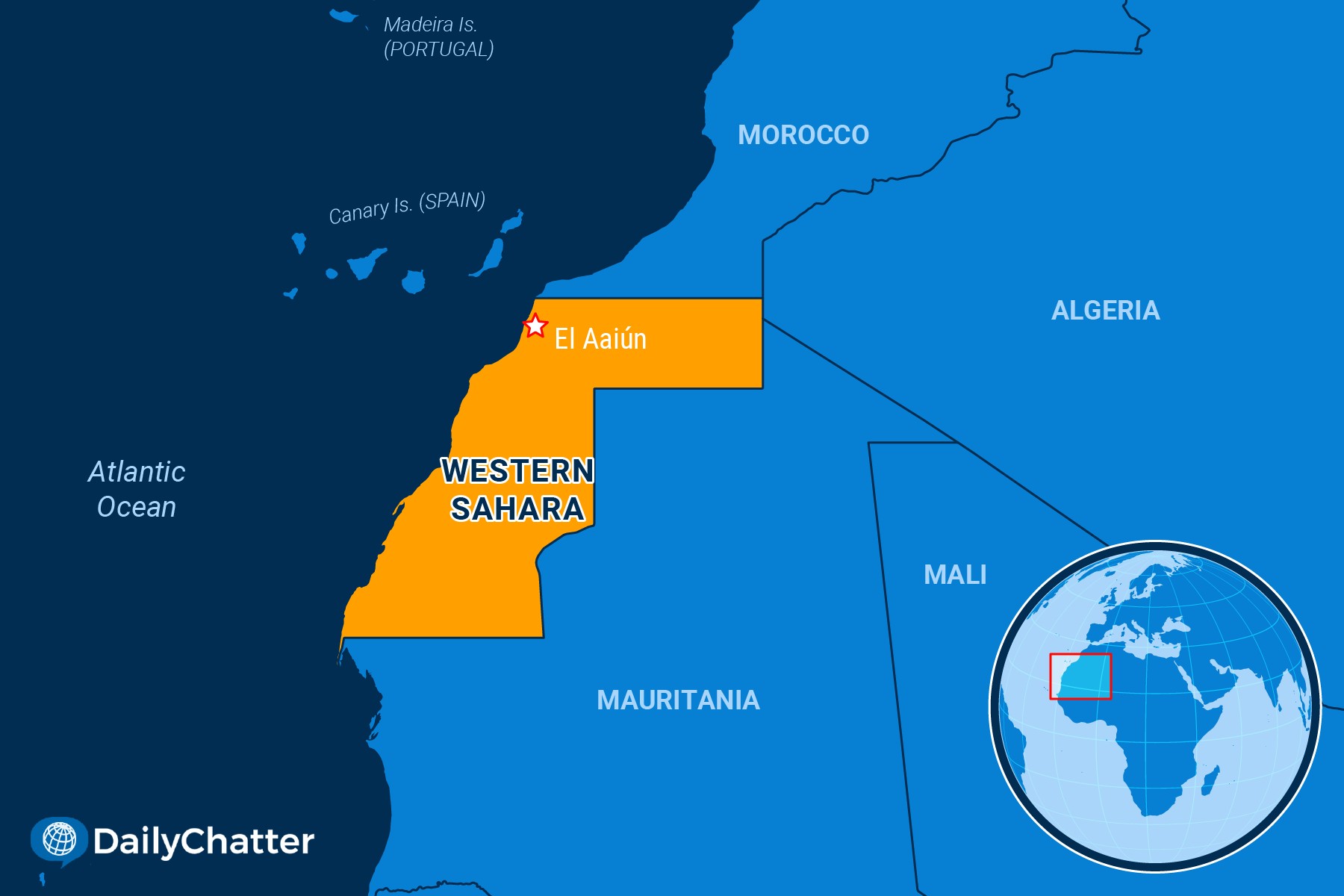 The main pro-independence group in the Western Sahara condemned the United States’ recognition of Morocco’s claim to the territory, even as the US unveiled a new, redrawn map of Morocco including the region as part of the country, the Middle East Eye reported.

The pro-independence movement, the Polisario Front, said it would continue to fight on behalf of the Sahawari people native to the region until all Moroccan forces withdraw from the region. Meanwhile, Algeria – Morocco’s neighbor, which backs the Polisario Front – criticized the new map as an attempt to “destabilize Algeria.”

Currently, the disputed territory is mostly under Morocco’s control with a heavy military presence due to tensions that have simmered there since the 1970s. Analysts say they believe the recognition will bring tensions to a boil.

Last month, the Polisario Front ended a 29-year-old cease-fire and declared war after they accused Morocco of launching military operations in a buffer zone, the Washington Post reported. Morocco said it acted because the rebels were allegedly stopping people and goods, and harassing UN peacekeeping troops, which the UN has denied.

Meanwhile, the US recognition, the first by a major power, runs counter to UN resolutions on the region and is widely seen as payback for Morocco’s agreement to normalize ties with Israel: The country became the fourth Arab nation this year to agree to do so after the United Arab Emirates, Bahrain and Sudan.

Iran, however, condemned the new normalization agreement as a “betrayal of Islam,” and warned the four Arab states that signed deals with Israel this year that they would face “popular uprisings” in the near future.

Of Divisions and Distractions

Argentinian lawmakers approved a bill to legalize abortion over the weekend, a move that faces strong resistance in the Catholic country, the New York Times reported.

Legislators in the lower house of Congress voted 131 to 117 in favor of the bill, making Argentina the fourth country to legalize abortion in Latin America.

The legislation will make it legal to end pregnancies up to 14 weeks – previously, abortions were only allowed in cases of rape or when it posed a risk to the mother’s life.

Civil rights activists praised the legislation even as they expressed surprise: They had feared the proposal would remain in limbo while Argentina grapples with the coronavirus pandemic, inflation and crushing debt, which has paralyzed its economy.

Critics, meanwhile, said the bill is meant as a distraction to the problems plaguing the country.

Argentine’s Senate still has to approve the bill before it becomes law: In 2018, the Senate killed an abortion bill following opposition from senators from rural and conservative districts.

A recently discovered piece of ancient rock art is offering a good glimpse at how prehistoric humans and extinct animals co-existed more than 10,000 years ago in the Amazon region, New Scientist reported.

Archeologists came across the large piece in southern Colombia, the earliest evidence found to date of people living in the Colombian Amazon, the study said.

The art showed various images including geometric patterns, handprints, as well as evidence of multiple megafauna that once roamed the region. Among these depictions were the palaeolama, an extinct stumpy-legged, long-necked camelid, and mastodons – the precursors of modern elephants.

Researchers explained that the presence of these animals proves that humans lived around the area some 12,500 years ago but need to conduct further studies to confirm their findings.

“The most important thing has been to obtain good radiocarbon dates to specify the early peopling of the area,” said co-author Francisco Javier Aceituno.

However, the team didn’t find remains of megafauna, which could mean that the ancient people didn’t hunt them.

The team instead found remains of iguanas, fish – piranhas included – and fruit, suggesting that the previous inhabitants had a broad diet and quickly adapted to the Amazon.