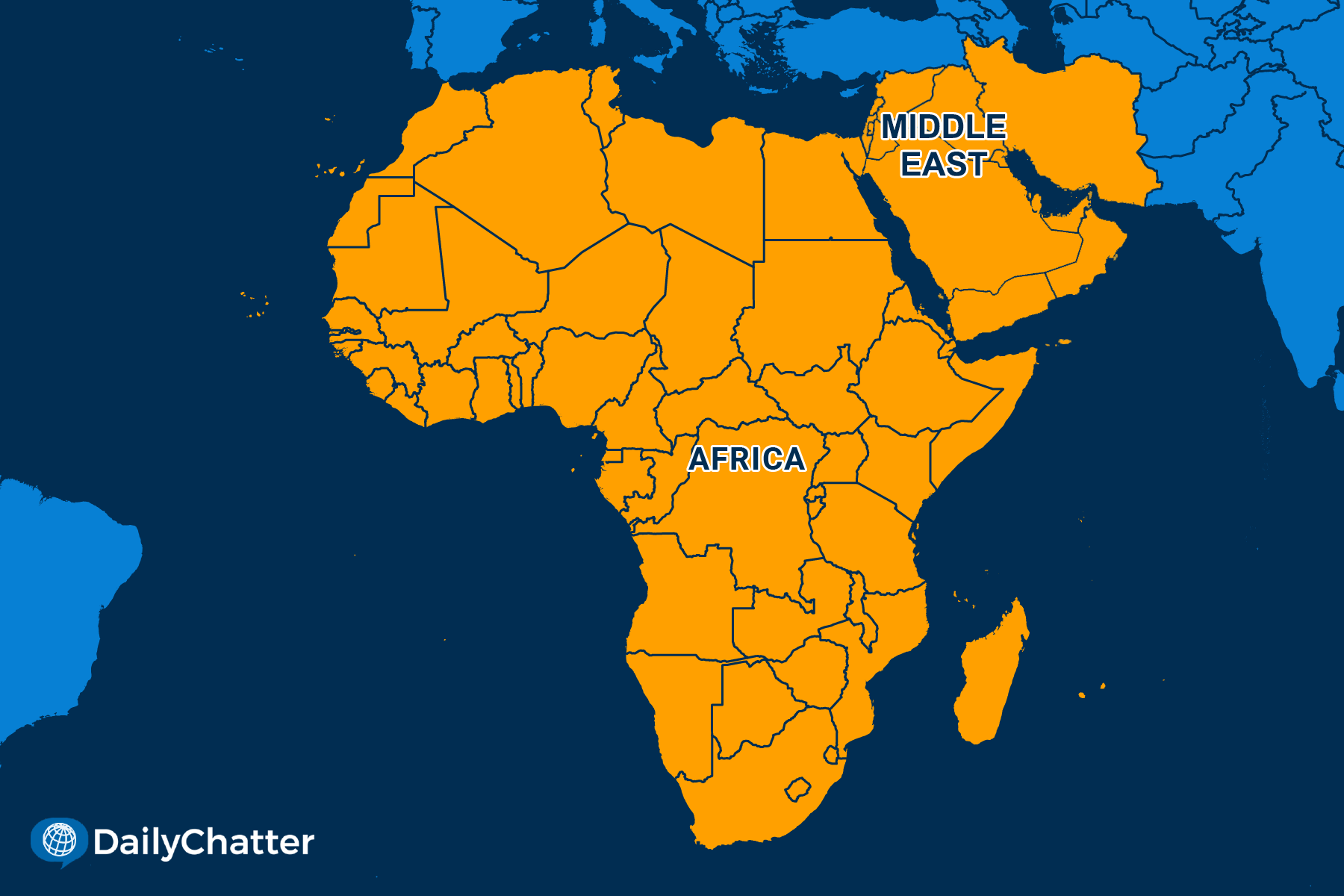 Palestinian authorities declared a public health disaster on Nov. 23. Hundreds contract Covid-19 every day but there is nowhere to treat them. The region’s infrastructure has been crumbling for years amid an Israeli economic blockade, terrorism and violence, incompetent and corrupt local leaders and political fragmentation between the Fatah movement in the West Bank and Hamas in the Gaza Strip.

“We have entered the catastrophe stage and if we continue like this, the healthcare system will collapse,” Dr. Fathi Abuwarda, a health ministry official, told Al Jazeera. “The best solution is a full lockdown for 14 days, which will allow medical teams to control and combat the virus, with only shops that provide food supplies kept open.”

The pandemic is likely to further reduce the capacity for recovery in Palestine. Palestinian peace negotiator Saeb Erekat died from the coronavirus recently, for example, the Guardian reported, robbing the Palestinian cause of an advocate who has been serving his people since the 1990s.

More than 100,000 Palestinian refugees in Lebanon – some have been living outside their homeland for more than 70 years – also have few resources as the virus rips through their communities, openDemocracy wrote. Covid-19 has also ravaged war-torn areas in Syria like Idlib, where an unstable ceasefire in the Syrian civil war has been in effect, noted Israeli newspaper Haaretz.

As the poorest and most vulnerable communities in the Middle East are facing challenges in dealing with the virus, it is no different in most of Africa, where healthcare systems are crumbling alongside plunging state revenues and increasingly burdensome public debt, the Washington Post explained. Displaced populations, violence, hunger and famine are, in a sense, preexisting conditions when assessing the health of the public, one might argue.

Africa has managed to blunt the scale of the pandemic, according to Voice of America. Sometimes that meant authoritarian governments could mandate mask-wearing and other measures that help stop the spread. The continent’s governments also coordinated their responses well.

Still, experts expect a second wave that will have dire consequences, the Associated Press warned. High levels of diabetes and other health ills also leave an increasing number of Africans more vulnerable to the virus, Quartz added.

Countries like South Africa, despite impressive lockdowns and other efforts, have also found it difficult to control infections because hundreds of thousands of people live in poverty in densely packed slums where social distancing is near-impossible, National Public Radio reported.

When the second wave passes, the poverty, the wars and the violence, the corruption and poor governance will still be hallmarks of many countries in the Middle East and Africa. But most people there will be worse off.

An Iranian nuclear scientist was assassinated over the weekend in Iran’s capital, Tehran, in an attack that risks exacerbating tensions in the Middle East, the Washington Post reported.

Mohsen Fakhrizadeh, one of Iran’s most renowned nuclear researchers, was killed in an attack that Iranian officials have described as the work of “state terror”: They have implicated Israel as having a possible role.

Israeli officials have not commented on the matter.

Fakhrizadeh was seen as the driving force behind Iran’s disbanded effort to build a nuclear warhead nearly two decades ago. However, analysts said that his current role in Iran’s nuclear efforts was less direct and his death would not severely impact the country’s nuclear capabilities.

The attack marks the third high-profile assassination of Iranian officials this year.

Analysts note that the attack comes shortly before a leadership transition in the United States: The incoming administration of President-elect Joe Biden has vowed to reset US policies toward Iran following Trump’s “maximum pressure” campaign.

The assassination also ignites fears that a confrontation between Iran and the US will spark violence in neighboring Iraq: Iraq’s government is under pressure by the US to crack down on Iranian-backed militias in the country, whose rockets have repeatedly targeted American diplomatic and military sites over the past year, the Post reported separately.

The Ethiopian military ended operations in the rebel region of Tigray over the weekend after taking control of its capital Mekelle following a month-long conflict between the central government and the Tigray People’s Liberation Front, the Financial Times reported.

Prime Minister Abiy Ahmed said that the military’s operations were “completed,” adding that a manhunt has been launched to capture the TPLF’s leadership.

The whereabouts of senior TPLF leaders remain unknown but the party’s chairman, Debretsion Gebremichael, texted Reuters that the fighting will continue.

The TPLF dominated Ethiopia for 27 years before Abiy, who hails from the more populous Oromo region, became prime minister in 2018. Since then, the government has accused the TPLF of sponsoring ethnic-based terrorism to discredit Abiy’s attempts to reform Ethiopia.

Since the conflict began, hundreds – possibly thousands – of people have died and more than 40,000 refugees have fled into neighboring Sudan. The government has not disclosed whether there were any causalities during Mekelle’s takeover.

Analysts noted that despite the government’s control over the capital, the conflict might morph into a protracted guerilla war, with TPLF fighters pushing this time for complete independence, not just regional autonomy.

Dawn of the Dead

The Danish government is considering exhuming and cremating culled minks after their carcasses began rising from their graves due to gases released during the decomposition process in a phenomenon described locally as the “Zombiemink apocalypse,” the Local reported.

Recently, millions of minks were hastily killed and buried following the discovery of a mutated version of the coronavirus in the animal. Now, there are concerns that the phosphorus and nitrogen from the dead minks could be released in large quantities into the soil surrounding mass graves.

In early November, Prime Minister Mette Frederiksen ordered the cull of about 15 to 17 million minks over fears that the mutated virus would render the new vaccines ineffective against Covid-19.

A court later challenged the decision as having no basis in the law, leading to the resignation of the agricultural minister.

Frederiksen has since apologized for the crisis, and the new agriculture minister, Rasmus Prehn, has supported the idea of exhuming and burning the minks.

Denmark is the world’s largest exporter of mink fur and the culling of the mink has devastated the sector.

The big asteroid that hit Earth some 66 million years ago was the cataclysmic event that wiped out dinosaurs.

But what if that event had not happened?

New research shows that dinosaurs would have continued to dominate the world if the giant rock missed the planet, according to SciTech Daily. And while previous studies had suggested that the giant reptiles were in decline by the time of the impact, a new paper disputes that assertion.

Recently, researchers collected a set of different dinosaur family trees and used statistical modeling to assess if each of the dinosaur groups could still reproduce new species during that time.

“If you expand the dataset to include more recent dinosaur family trees and a broader set of dinosaur types, the results don’t actually all point to this conclusion – in fact only about half of them do,” said lead author Joe Bonsor.

Bonsor’s team said their findings showed that dinosaurs weren’t dying out and species such as the hadrosaurs and ceratopsians were still thriving before the extinction event.

While mammals existed at the time of the impact, it’s doubtful they could compete against the likes of the Tyrannosaurus rex.