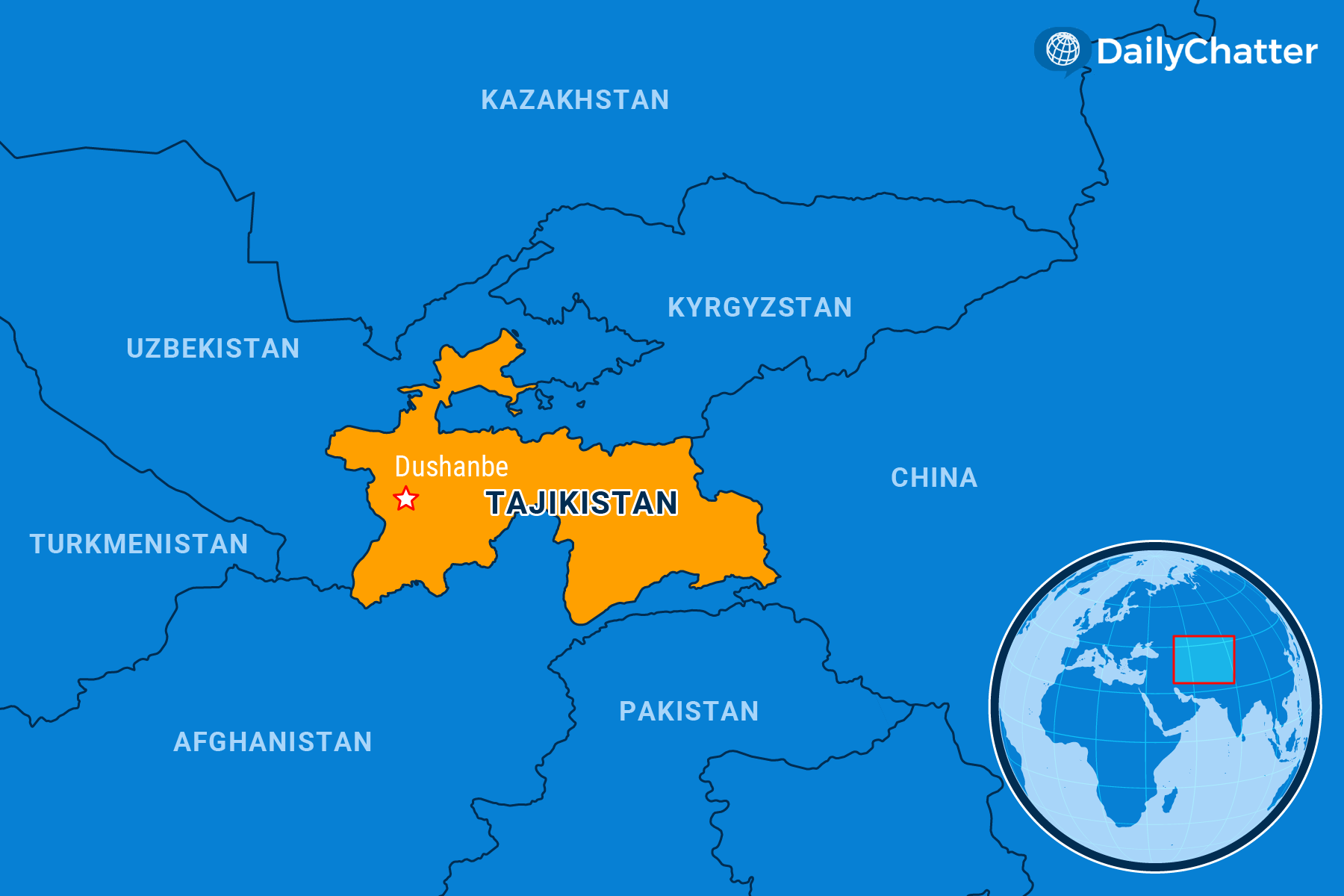 Usually, Tajikistan marks the Sept. 9 anniversary of its declaration of independence from the Soviet Union in 1991 with concerts and other public ceremonies. This year, due to the coronavirus, the commemorations have been canceled.

The celebrations have long been a symbol of the state of things in the mountainous Central Asian country.

Since Tajikistan emerged from a bloody civil war that ran from 1992 to 1997, it has in a sense been trapped in time. President Emomali Rahmon has ruled for 28 years. Human Rights Watch described him as a dictator whose “abysmal human rights record” includes the persecution of dissidents and repression of the press, reported Radio Free Europe.

The president is also irresponsible. Like the leaders in Belarus, Rahmon mostly ignored or denied the threat of the coronavirus. Almost 10,000 Tajiks so far have died in the pandemic – a number that critics say is probably a very low estimate.

Yet Rahmon will preside over a presidential election on Oct. 11 that bne IntelliNews, a Berlin-based publication that covers emerging markets, called a “pretense” of democracy.

Some had wondered if Rahmon might create a dynasty, tapping his son to become president. But while Rahmon pushed through a raft of changes in a 2016 referendum that lowered the minimum presidential age from 35 to 30 – his son is 32 – the measures also allowed him to run for office indefinitely.

Tajik election rules make it hard for anyone to challenge the president. Only political parties, trade unions and regional assemblies can nominate candidates, who then must garner at least 260,000 signatures to appear on the ballot, wrote the Institute for War and Peace Reporting. The only real opposition party, the Social Democrats, are boycotting the election, calling it a sham.

Still, anti-establishment figures exist in Tajikistan. The Calvert Journal, a London-based outlet that covers the region, wrote about how younger Tajiks are expressing their dissatisfaction with the Rahmon regime and their society, including its paternalistic treatment of women. Women earn less than men and domestic abuse is widely accepted in the country.

The economic consequences of Covid-19 appear to be emboldening more people to take to the streets, however, wrote Radio Free Europe. That’s why Rahmon has sought out $1 billion in foreign loans, reported New Europe, a Brussels-based news outlet. China holds much of that debt, raising questions about what Chinese influence in the country might lead to.

Rahmon will hold on after the elections. But it might be an increasingly fraying hold, especially if the opposition and other discontents start looking at neighboring Kyrgyzstan for lessons.

A Spade Is a Spade

Judges tied the party to a series of racially and politically motivated attacks, including assault, attempted murder, as well as the stabbing of left-wing rapper Pavlos Fyssas in 2013. The party has denied the charges.

Following Fyssas’ murder, police arrested a majority of the party’s leadership: The trial began in 2015 with more than 60 defendants and 120 witnesses.

Originally founded in the 1980s, Golden Dawn tapped into public discontent during Greece’s financial crisis just over a decade ago, becoming the country’s third-largest political party in parliament.

Violent attacks by its members eventually culminated in the party’s demise but Greece’s far-right problem has continued with new parties emerging.

Police arrested nearly 400 protesters Wednesday as thousands of students and workers rallied in Indonesian cities against a controversial new employment law, which they say will cripple labor rights, Reuters reported.

Demonstrations took place in at least 12 cities including the capital, Jakarta, where demonstrators demanded the law passed earlier this week be revoked.

The law is expected to bring significant change by liberalizing Indonesia’s labor market, a move business says is necessary to counter the impacts of the pandemic. Unions say the law favors businesses and hurts workers by reducing severance pay, removing restrictions on manual labor by foreign workers, increasing the use of outsourcing and converting monthly wages into hourly wages.

The measure was championed by President Joko Widodo to attract more investment to Southeast Asia’s largest economy by easing bureaucracy, even as the country reels from the effects of the coronavirus pandemic, the Associated Press reported.

He told the Associated Press he will push ahead with sweeping and potentially unpopular economic reforms in his final term.

The new law touches on issues of child rights, privacy and labor laws, and is aimed at preventing parents and firms from exploiting children for monetary gain.

The legislation would offer safeguards such as the “right to be forgotten” on the Internet and order companies to obtain permission from local authorities to use child influencers for marketing purposes. It also stipulates that a child’s income will be held in a special bank account until the age of 16.

French politicians praised the new law as “precise and balanced.”

Influencers have become an important advertising model for companies as brands funnel money and products toward social media users with large followings to promote their products.

Industry group Influencer Marketing Hug estimated that businesses are expected to spend nearly $10 billion this year on “influencer marketing,” an increase of $3.5 billion over last year.

Heading to the Clouds

Remember when George Jetson would jump into his car and fly off to work? Well, even though that series was set in 2062, “flying cars” are already starting to take off, according to the New York Times.

The electrical vertical takeoff and landing (eVTOL) vehicle had a flight time of four minutes and lifted 10 feet off the ground. The flying car operates with eight motors and two propellers on each corner, and can only be manned by one person.

Although progress was modest, SkyDrive’s CEO Tomohiro Fukuzawa said that his product was more compact and lighter compared to other prototypes. He plans to begin selling two-seat vehicles by 2023 for about $300,000 to $500,000, adding that the price could decrease by 2030.

SkyDrive is not the only company developing flying cars: Boeing, Airbus and even automakers like Toyota and Porsche are chipping in. Scientists noted, however, companies need to ensure the eVTOL aircraft is safe to operate and has an efficient design.

Ella Atkins, a professor of aerospace engineering at the University of Michigan, suggested that the vehicles could be helpful for satellite communities or countries with difficult terrain.

She added that maybe in 20 years, we can afford to conquer the skies – and congest them.

Click here to see the flight of the SD-03.