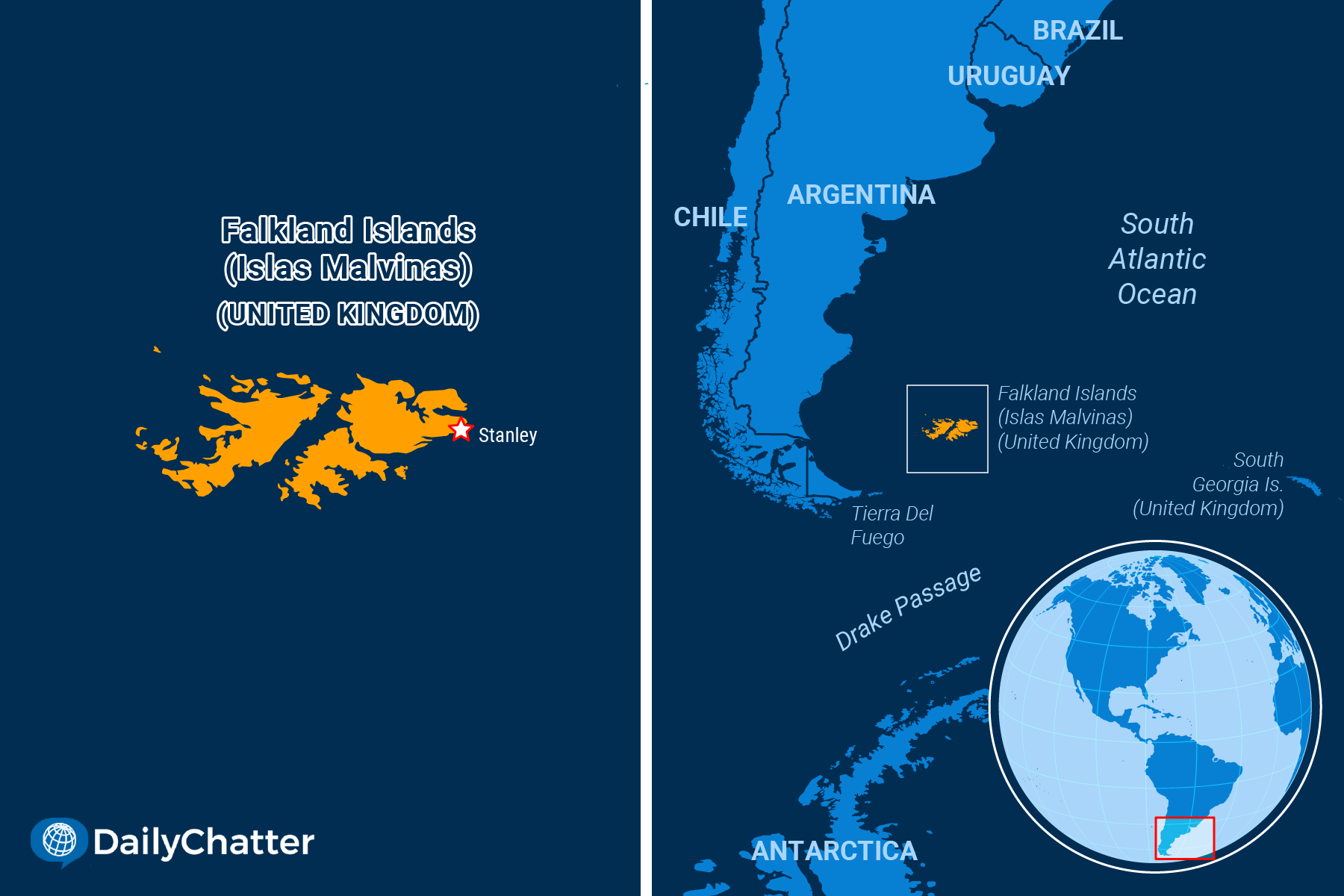 The 10-week-long war over the Falkland Island, which Argentines refer to as the Malvinas Islands, claimed around 900 casualties. Argentina’s junta collapsed after they lost the war. Some say conservative Prime Minister Margaret Thatcher had proved her grace under pressure.

The islanders last voted to remain a British overseas territory in 2013. The outcome was 1,513 to three in favor of remaining. “Obviously it is a major principle of the United Nations that a people have their right to self-determination, and you don’t get a much clearer expression of the people’s self-determination,” Falkland Governor Nigel Haywood told the BBC at the time.

Argentina is pressing forward. Citing a 2013 Argentine law that protects natural resources in disputed areas, a judge in Tierra Del Fuego ordered authorities to seize $156 million in bank accounts, boats and other property owned by British oil companies working around the Falklands, the Independent reported. The companies don’t have property in Argentina, but diplomats will approach the United Kingdom to discuss the issue.

Argentina is clearly interested in sharing a piece of the petroleum riches that have been discovered around the Falklands, a perfect staging ground for any oceanographic explorations in the South Atlantic or Antarctica.

Experts estimate that around 60 billion barrels are around the islands. As Phys.org described, researchers are already discussing how the islands will offset that carbon.

The Penguin News, a local Falkland publication, detailed how a new port under construction in the capital of Stanley would boost the fishing, shipping, agriculture and tourism industries. The latter could grow as the islands become what the BBC called a “ laboratory for food sustainability.”

Argentina is also insisting on its claims being taken seriously out of principle. Argentine officials complained when a stand at an agricultural fair in Montevideo, Uruguay used the term “Falkland” when describing the islands.

Islanders are trying to help heal the wounds of the war and perhaps bring Argentines and British subjects together. Both sides have been cooperating on a project to identify fallen Argentine soldiers with DNA analysis. The identifications facilitate family visits to the burial sites of their loved ones.

That’s land that both sides can find a way not to fight about.

Dutch authorities are questioning US Ambassador to the Netherlands Pete Hoekstra following a report that he co-hosted a fundraiser for a far-right Dutch political party at the American Embassy in the Netherlands, the New York Times reported Wednesday.

Dutch magazine De Groene Amsterdammer reported that the diplomat hosted a party at the embassy earlier this month with the Euroskeptic Forum for Democracy Party. The report detailed that the guests included supporters of the party and entrepreneurs.

The US State Department called the event a “town hall discussion” and an example of Hoekstra’s “substantive engagement with a range of Dutch political parties.’’

However, center-left lawmakers criticized the event as a fundraiser for a political party, which is considered interference in domestic politics and a breach of international law, according to the 1961 Vienna Convention on Diplomatic Relations.

Hoekstra – who was appointed in 2017 – has created a lot of controversy in the Netherlands over numerous comments that align with the views of the Forum for Democracy.

The former Republican Congressman drew attention in 2015 when he made remarks that the Netherlands had “no-go zones” – Muslim enclaves outside government control – and that Islamist militants were burning cars and politicians.

He initially denied making those remarks but later conceded to them and issued an apology.

Chinese President Xi Jinping said in an address to the United Nations General Assembly that the world’s second-largest economy will target peak carbon dioxide emissions by 2030 and carbon neutrality by 2060.

Xi emphasized the importance of the Paris Agreement on climate change, adding that deal outlined the “minimum steps to be taken to protect the Earth, our shared homeland, and all countries must take decisive steps to honor this Agreement.”

His announcement was welcomed by environmentalists, but analysts pointed out that the Chinese leader failed to specify how this goal can be achieved.

China is currently the biggest emitter of carbon dioxide in the world.

Other observers argue that it’s also a move by Xi to deflect criticism of China’s handling of the coronavirus, according to the New York Times.

The timing of the announcement also generated interest, as it comes just before the US elections in which climate change has become increasingly important to voters.

The European Union unveiled an overhaul of the bloc’s migration system Wednesday, a move aimed to avoid another huge influx of migrants akin to the 2015 crisis, Bloomberg reported.

The European Commission’s proposal stipulated that all EU nations will be required to speed up the return of migrants who don’t qualify to stay in the bloc and that asylum applications should be processed within 12 weeks.

Among other changes, a “mandatory solidarity mechanism” will be implemented to help EU members that are unable to accommodate a large number of migrants. This would allow another country to take responsibility for the relocation, repatriation of migrants or to invest in asylum centers.

The new proposal aims to overhaul the current Dublin Regulation, which stipulates that migrants have to seek refuge in the country where they first arrive.

The overhaul comes after a fire at Greece’s largest migration camp on the island of Lesbos left 13,000 without shelter, prompting European states to act. It also helps at maintaining the unity within the bloc: The 2015 refugee crisis put a huge strain on the EU, as many members refused demands to share the burden.

Astronomers primarily look at Mars or other planets outside the Solar System for “aliens” but new evidence suggests that Earth’s other neighbor might host life.

Scientists discovered quantities of phosphine in the clouds of Venus, a gas that is produced by microbial life on Earth, NPR reported: They noticed a chemical signature that is unique to phosphine 30 miles up on the planet’s yellow, hazy clouds, according to a study.

Phosphine is an extremely flammable and toxic chemical that can be found in Earth’s swamps and is produced by microorganisms that don’t rely on oxygen.

The research team was unable to determine how exactly this volatile chemical formed: They ruled out potential causes, such as delivery by meteorites or obscure chemical reactions in the atmosphere.

The only explanation they could come up was that there could be life on Venus. Even so, the planet is extremely inhospitable. Its surface can reach temperatures above 800 Fahrenheit, while the clouds are highly acidic for microbes.

Nevertheless, the team noted that it’s possible for life to thrive in the corrosive clouds and that the planet was actually a hospitable place at one point.

Researchers said that there’s a lot that is not known about Venus, so the best solution would be to send another mission there – one that could survive the harsh environment for longer periods.