A Tale of Two Emirates

Dubai reopened after a coronavirus lockdown in July, relatively early. The other major emirate in the United Arab Emirates, Abu Dhabi, remained closed until more recently. Even now, Abu Dhabi only allows those who test negative for Covid-19 to enter the region.

It’s clear why the two emirates took different approaches to the pandemic. Dubai depends on foreign tourism and international travel. The city’s vital property market took a big hit due to a slump in sales, the Associated Press wrote. The Dubai-based air carrier Emirates required a $2 billion bailout.

Abu Dhabi, on the other hand, lives off oil riches and its massive sovereign wealth fund. “Dubai just falls apart if you have to shut down travel and social distance (while…) Abu Dhabi is almost unaffected,” said Jim Krane, a former foreign correspondent who is now a fellow at Rice University’s Baker Institute, in an interview with the Washington Post.

Lifting the restrictions has resulted in a spike in cases, casting doubt on the future of both emirates, however, Robert Mogielnicki, a scholar at the US-based Arab Gulf States Institute told Media Line, a nonprofit news organization covering the Middle East.

The UAE recently counted almost 1,000 new cases, Reuters wrote, adding that the country does not specify where the sick live. But officials said most new infections came from gatherings that the authorities have been working hard to suppress, as the Gulf News explained.

In Abu Dhabi, authorities are charging a bridegroom, his father and the father of the bride for organizing their wedding – an illegal gathering, the Abu Dhabi-based National wrote. They face fines of $2,700 and other potential punishments. Guests at the wedding face $1,350 fines.

In Dubai, managers of the department store Day-to-Day failed to anticipate a huge crowd when they advertised a sale featuring discounts of as much as 90 percent. Officials closed the store and fined its owners for flouting rules mandating social distancing.

The government is weighing whether to issue another lockdown. But geopolitics might be giving Emir Sheikh Khalifa bin Zayed Al Nahyan, who is president of the UAE, pause.

On Sept. 15, Bahraini and UAE leaders met for a signing ceremony at the White House to normalize relations with Israel. Israel and the UAE are now cooperating on research to stop the spread of the virus, reported the Times of Israel. They are also working on weapons deals, as Haaretz wrote.

Abu Dhabi has already ordered local hotels to serve Kosher food in anticipation of Israeli visitors, according to the New York Post.

The pandemic is difficult to accommodate when the need to move forward is so strong. 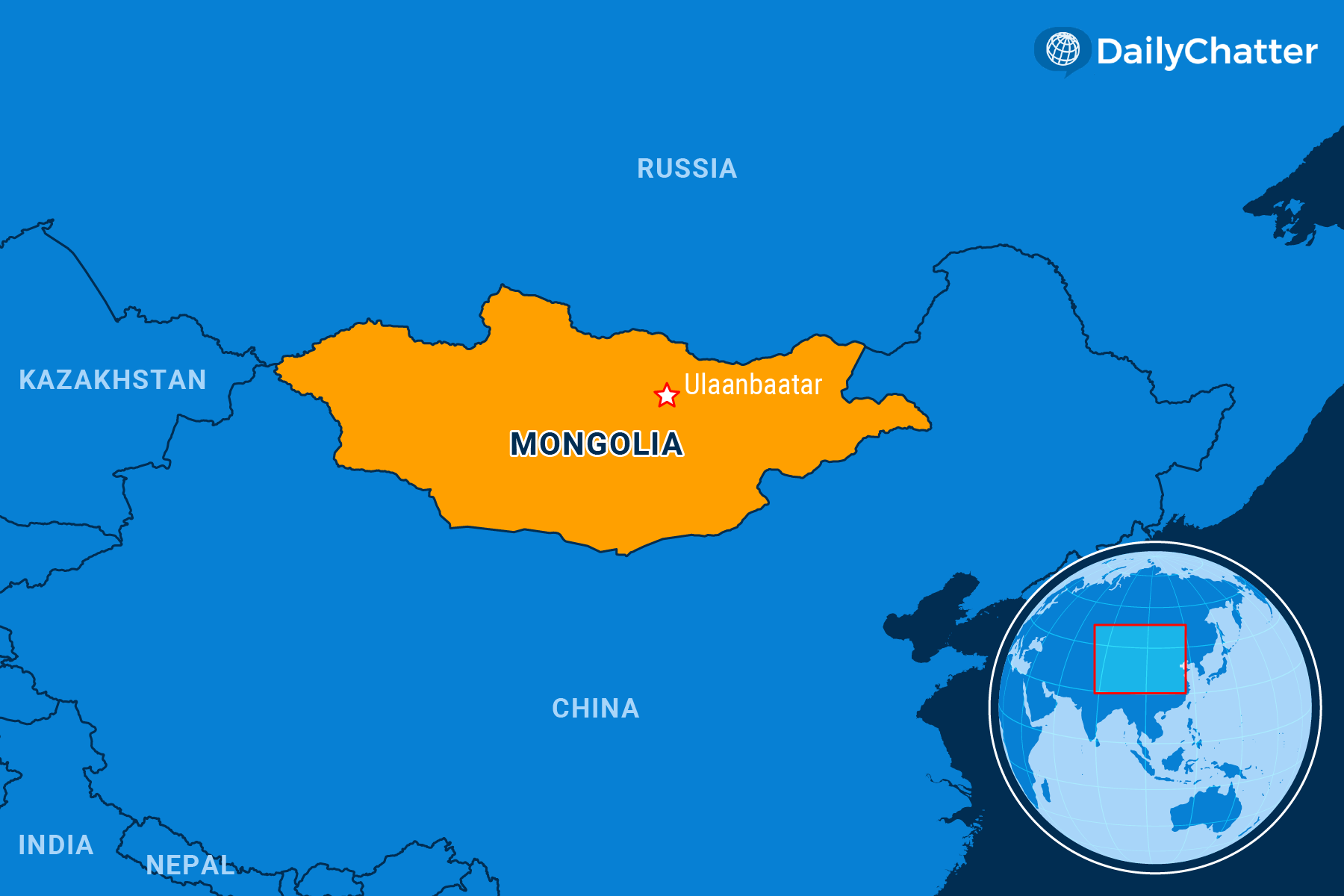 Protesters hit the streets of Ulaanbaatar Tuesday to demonstrate against a visit by China’s State Councilor Wang Yi, accusing the Chinese government of suppressing the language and culture of the ethnic Mongolian regions of China, Reuters reported.

The demonstrations in the capital were in response to a recent policy that would force elementary and secondary schools in China’s Inner Mongolia to follow a national curriculum in Mandarin and Chinese politics and history.

Chinese officials say the new curriculum will allow for the teaching of the Mongolian language and will help promote national unity. However, the policy has prompted parents and activists to boycott schools and accuse Beijing of trying to destroy the Mongolian culture.

Meanwhile, the US-based Southern Mongolian Human Rights Information Center has accused Chinese authorities of turning Inner Mongolia into a “police state”: It says more than 4,000 residents have been taken into police custody and at least nine people have died during three weeks of protests.

The Mongolian government has not commented on the issue.

The country is heavily reliant on China: Wang’s visit is expected to provide Mongolia with a $103.15 million grant.

Two large Antarctic glaciers are breaking free from the restraints that have held them in place, raising fears of a large-scale rise in sea levels, the Washington Post reported.

Analysis of satellite images taken over the past four years showed that the buffer systems that prevent the Pine Island and Thwaites glaciers from flowing outward are quickly weakening, according to a new study published this week. Both glaciers already contribute around five percent to the global rise in sea levels.

“The stresses that slow down the glacier, they are no longer in place, so the glacier is speeding up,” said lead author Stef Lhermitte.

The findings also reveal that over the past six years, parts of the Pine Island ice shelf have shrunk from about 1,500 square miles down to around 1,000 square miles – roughly the size of Los Angeles.

Meanwhile, researchers added that the loss of the Thwaites glacier could cause a broader collapse of the West Antarctic ice sheet, which has enough ice to raise sea levels by about 10 feet.

German prosecutors are expected to charge an American woman accused of being a “super-spreader” with causing bodily harm, after the woman flouted quarantine rules and infected more than 50 people in the Alpine resort town of Garmisch-Partenkirchen, the Associated Press reported Tuesday.

The 26-year-old unnamed woman had returned from a vacation in Greece and took a coronavirus test on Sept. 8. But instead of quarantining, she went partying the same night: She tested positive the next morning, the Local reported.

So far, the total number of Covid-19 infections linked to the woman is 59, including 25 staff at a hotel resort that caters to US military personnel, and where the woman worked. Authorities are still waiting for the results of about 300 tests conducted on Monday. About 740 tests were conducted over the weekend including people at bars she frequented. Among the infected, at least 22 are US citizens.

Bavarian Governor Markus Soeder, meanwhile, called for “high fines” against the woman and described the situation as “a model case of stupidity.”

In a separate incident, an American woman in the German town of Kaiserslautern faces a fine of nearly $30,000 after hosting a July 4 party that broke coronavirus rules, Stars and Stripes reported.

Nations around the world are imposing laws requiring masks to contain the coronavirus pandemic – but this is having its own fallout, spiking the global plastic pandemic, Sky News reported.

Friends of the Earth, an international environmental organization, reported a “massive” rise in the number of masks littering streets, beaches and rivers across Britain.

In the Mediterranean, masks are seen floating around like jellyfish, according to Mic. Watch a video here.

Most single-use personal protective equipment (PPE) is made from various plastics, including polypropylene and vinyl. The problem is that they are very difficult to dispose of: They cannot be recycled since they are considered medical waste.

Also, PPE masks can take up to 450 years to decompose and disappear from the marine ecosystem. They mainly end up in landfills or burned, which create toxic fumes that contribute to climate change.

A study in the journal Environmental Science and Technology found that approximately 194 billion disposable masks and gloves are being used around the globe every month. Environmentalists warn that without proper disposal practices, the world is facing a looming environmental disaster.

Conservationists are now urging people who are at low-risk of contracting Covid-19 to buy reusable masks to reduce plastic pollution.

“Most of us are not in the high-risk category, and the government advice is clear that we should be using reusable face masks,” Julian Kirby from Friends of the Earth told Sky News. “We can reduce the amount of plastic we are using and still look after our health.”