That was around half of a group of “hardcore” jihadists whose incarceration had delayed ongoing talks between the government of President Ashraf Ghani and the Taliban to end almost two decades of fighting, Reuters wrote.

Some of the fighters released were implicated in the deaths of American troops as well as Australian and French citizens, the BBC reported.

The British broadcaster added that while the US removed the Taliban from power in 2001 in retaliation for the September 11 terror attacks, the Islamic militants now control more territory than at any point since then.

Other roadblocks to peace appear to be popping up, too.

The US recently accused the Taliban of launching rockets against US military facilities, a clear violation of the peace agreement that the American government reached with the Taliban in February, according to the New York Times.

That peace agreement is the pretext for the accord that President Ghani and Taliban leaders are now negotiating. It’s also the justification for President Trump’s decision to decrease the number of American troops in the country to fewer than 5,000 before the end of the year, as Brookings Institution Researcher Michael O’Hanlon wrote.

The Afghan government is also waiting for the results of the November election in the US to see if circumstances on the ground – that is, troop levels – change, reported National Public Radio. More foreign soldiers could potentially tip the balance of power in the central government’s favor. Democrats have signaled they that might welcome that idea, the Hill noted.

But wasting time has consequences.

While talks lag and world leaders campaign for office, Afghan killers are assassinating peace advocates, experts, government officials and others working on the peace talks. “Fear in (the capital of) Kabul runs so deep that many activists are too shaken to attend funerals and burials after their friends and colleagues are gunned down,” the Washington Post wrote.

Meanwhile, the UN says that almost 1,300 civilians, including hundreds of children, have been killed in the first six months of the year, about equal to the deaths in the same period last year despite the peace process.

Also, the UN says there has been deliberate targeting of healthcare personnel and facilities as the country deals with the pandemic.

“It’s taken enormous work and some brave decisions for Afghans to reach the point of being on the eve of unprecedented intra-Afghan negotiations,” said Deborah Lyons, the Secretary-General’s Special Representative for Afghanistan.

But, she added, “There are spoilers who do not wish to see an end to war…No matter what tactics they employ to de-rail the peace process, they cannot be allowed to succeed.”

Recent violence displaced more than 50,000 Afghans in the country’s north, Al Jazeera reported. The Guardian wrote about flash floods that have devastated parts of Afghanistan. Food insecurity is rampant.

But one side wants to hold out and stall. Another doesn’t want to stop fighting. And one or both or neither are targeting the individuals whose expertise is necessary to stop the violence, and for the rebuilding that comes after. It’s a seemingly endless search to stop America’s longest war and Afghanistan’s long suffering.

British officials on the defensive Monday said they will honor the Brexit Withdrawal Agreement after a report revealed that the government is planning to introduce legislation that would undermine the deal with the European Union, Politico reported.

The Financial Times report said that Prime Minister Boris Johnson’s administration plans to introduce bills this week that would override parts of the Withdrawal Agreement on state aid and Northern Ireland.

Such a move could collapse trade talks between Britain and the bloc, as well as jeopardize the deal that would avoid a hard border and customs control on all of Ireland, Axios reported.

Environment Secretary George Eustice said that legislation merely ties up “one or two loose ends where there is a requirement for legal certainty.”

EU and North Ireland officials, meanwhile, urged Johnson to abide by the agreement: They emphasized that the Ireland/Northern Ireland protocol is essential “to protect peace and stability on the island and the integrity of the single market.” 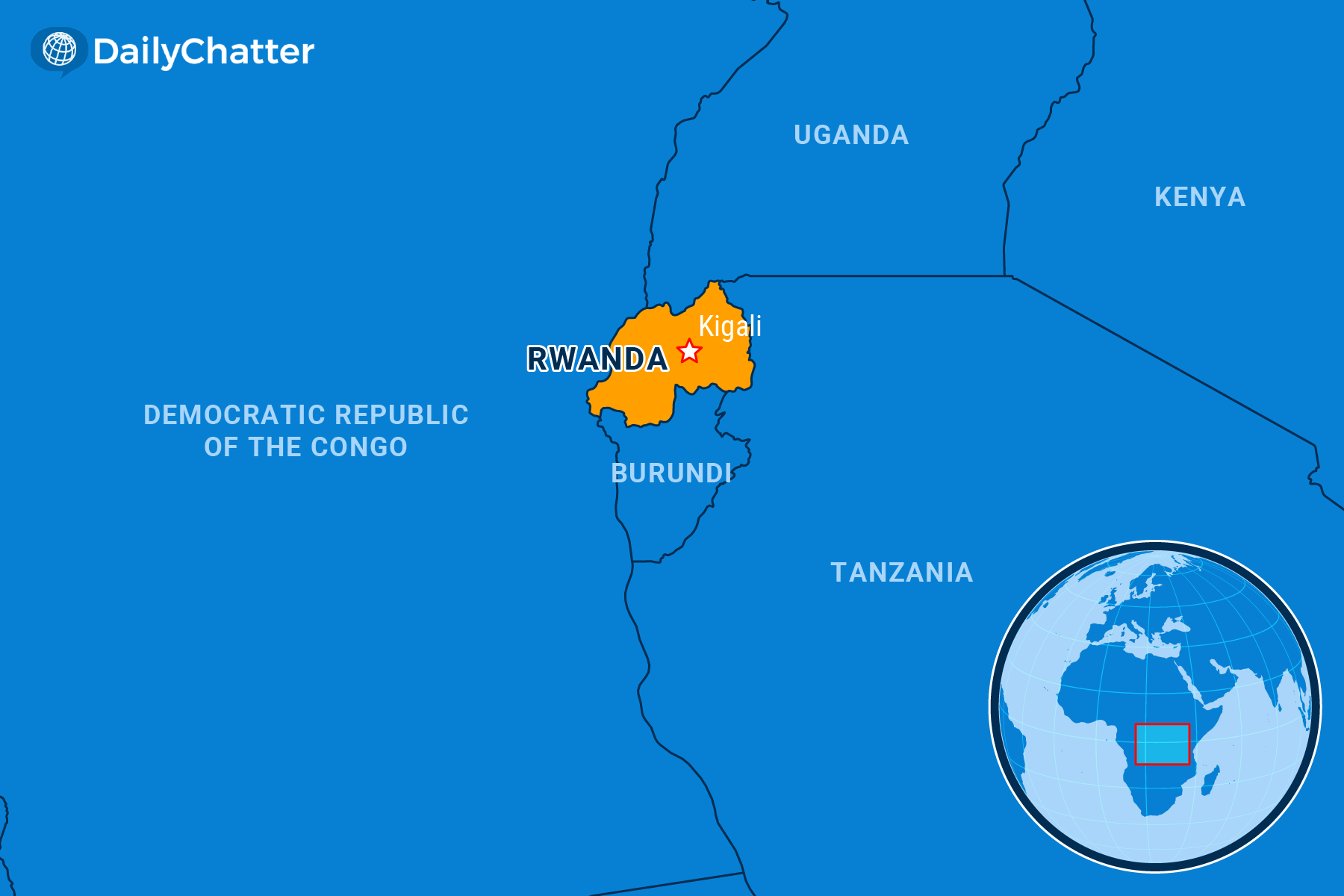 Rwandan authorities are preparing for trial against revered opposition figure Paul Rusesabagina of “Hotel Rwanda” fame, who is credited for saving more than 1,000 lives during the 1994 genocide, the East African reported Monday.

Rusesabagina faces up to 14 charges, including terrorism, murder, kidnapping and the support of rebel violence in Rwanda. The opposition leader was paraded in handcuffs in front of the media in Rwanda’s capital last week.

Officials said the alleged crimes are linked to Rusesabagina’s position as head of the Rwanda Movement for Democratic Change (MRCD), whose armed wing, the National Liberation Front, has been accused of staging attacks in 2018 and 2019.

He has denied the charges, saying that he is being targeted for criticizing President Paul Kagame over human rights abuses.

Rusesabagina has not lived in Rwanda since 1996, and his family claims that he was kidnapped during a visit to Dubai. The government, on Sunday, hinted they “tricked” the opposition leader, luring him out so he could be captured, the Washington Post reported. Kagame, however, denied that he was kidnapped, arguing that government critic came of his own accord.

Human rights activists fear that Rusesabagina’s detention is another example of the Rwandan government targeting dissidents beyond its borders, while repression of dissent continues to escalate at home.

The European Union will impose economic sanctions on 31 senior Belarus officials by mid-September in response to elections last month that has set off massive protests and that the West calls rigged, Reuters reported Monday.

EU foreign ministers initially approved sanctions – which include EU travel bans and asset freezes – on 14 individuals in August. The new list consists of officials who oversaw the election and who are responsible for the violent crackdown on demonstrators.

Demonstrations have been taking place in Belarus since incumbent President Alexander Lukashenko claimed victory in the Aug. 6 elections – hoping to prolong his 26-year rule.

Lithuania, Latvia and Estonia have already imposed sanctions on Belarus officials, including Lukashenko. The EU list, however, will not include Lukashenko: The bloc remains cautious about severely punishing officials, fearing intervention from Russia in a repeat of what happened in Ukraine six years ago.

The Cutest of Dinos

Titanosaurs were a group of intimidating, long-necked dinosaurs that weighed up to 70 tons and could stretch more than 120 feet.

Their babies, however, were quite adorable, according to new research.

Researchers recently saw that for themselves after analyzing the well-preserved skull of a titanosaur embryo: They caught a glimpse of what the extinct giant lizards looked like in gestation, the New York Times reported.

The skull’s size was about the size of a grape but it had two peculiar features that were not seen in older sauropods: forward-facing eyes and a tiny horn on its nose.

“This little embryo is one of the cutest dinosaurs I’ve seen, and at the same time, one of the weirdest looking,” said paleontologist Stephen Brusatte, who was not involved in the study. “You could call it a unicorn baby dinosaur because it has a single horn on its head.”

The research team suggested that both features were defense mechanisms for the hatchlings against predators since their parents didn’t really care about them.

Front-facing eyes would give them better depth perception while the horn served as a weapon or helped the baby dinos find food.

The authors are planning to further investigate the mystery of these two features and learn more about the gargantuan Titanosaurs.