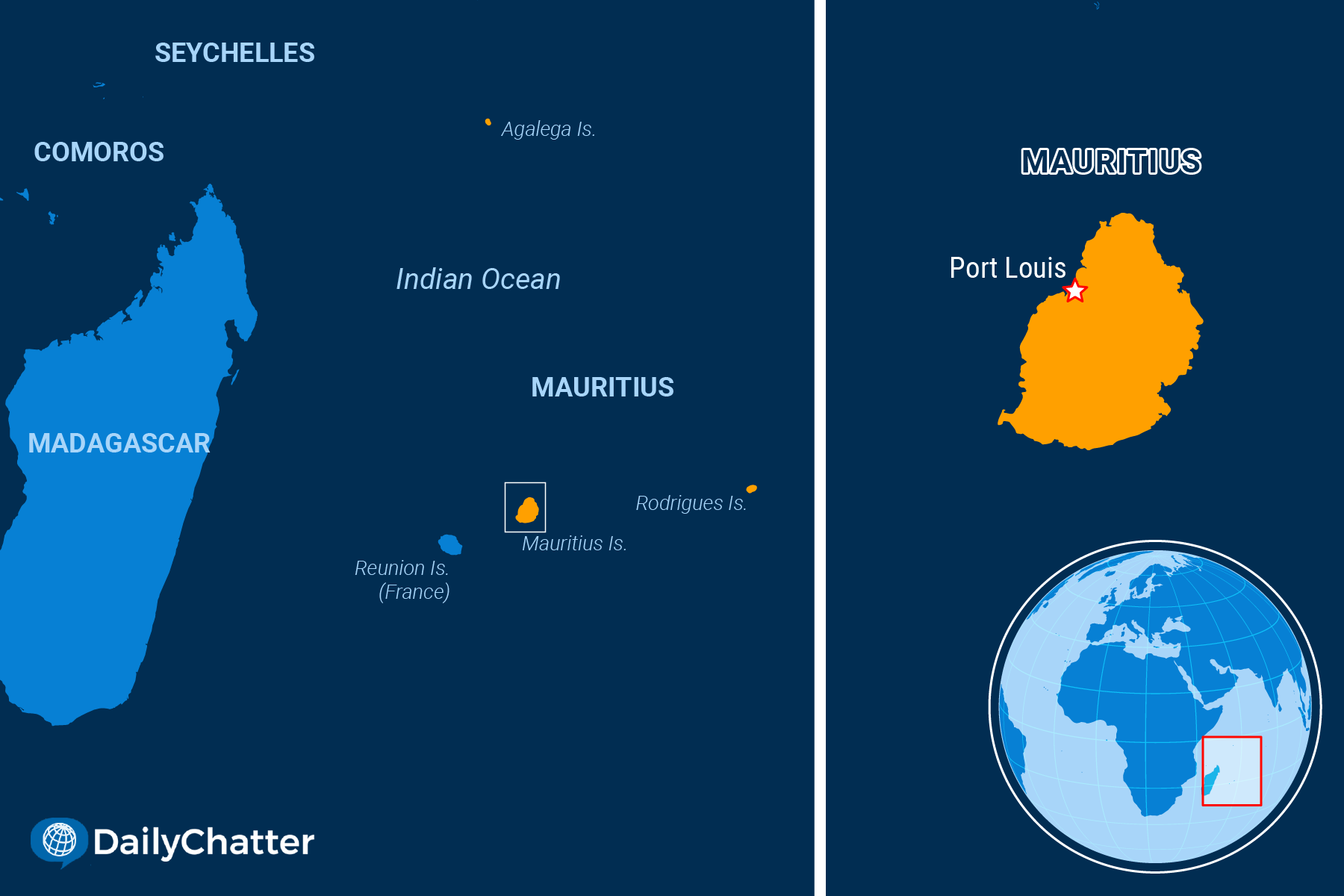 The government of Mauritius recently ordered the scuttling of the front section of the MV Wakashio, a Japanese oil tanker that ran aground on the string of islands in the Indian Ocean. The back section is still stuck in the reef it struck on July 25.

The disaster dumped more than 1,000 tons of oil in the water. That’s far less than the 400,000 tons that leaked into the Gulf of Mexico after the Deep Water Horizon incident in 2010.

Even so, the ecologically sensitive waters surround the islands, including the Blue Bay Marine Park reserve, are among the world’s best spots for scuba diving, brimming with a rainbow of coral and 70 species of tropical fish. Now, the stunning turquoise waters of a blue lagoon outside a coastal village to the north of the reserve are black and brown, the BBC reported.

Mauritian officials arrested the captain of the ship, a 58-year-old Indian citizen, charging him with “endangering safe navigation.” He might later shed light on why he hit a coral reef. A birthday party had occurred on the day of the accident.

The vessel was reportedly pumped empty before the scuttling. Government critics nonetheless said the decision to submerge the ship might make the pollution worse. “Sinking this vessel would risk several whale species and contaminate the ocean with large quantities of heavy metal toxins, threatening other areas as well, notably the French island of La Réunion,” Greenpeace Africa told the Guardian.

Many citizens of Mauritius feel as if their leaders didn’t act fast enough when the spill occurred, the New York Times wrote. The oil is polluting the lagoons and tropical jungles that usually draw 1.3 million tourists a year. The coronavirus epidemic has already battered the country’s economy.

In truth, the government responded fairly well, the Africa Report said in a piece that examined the emergency closely. Prime Minister Pravind Kumar Jugnauth did all he could, one could argue, until he issued an emergency order once it was clear local crews couldn’t save the ship. A public inquiry will surely be empaneled to study how the disaster unfolded. It will also likely find that the accident could have been avoided.

Meanwhile, locals continue to scramble to clean up the site, coming together with makeshift tools to gather up oil by hand.

They worry the spill will ruin more than their tourist industry – they fear it may hurt the fragile ecosystem that is vital to the island’s survival: The nearby reefs protect the island from the waves.

Christopher Reddy, a senior scientist at the Woods Hole Oceanographic Institution, opined on CNN’s website that coastal environments can be more resilient than disheartened environmentalists believe.

Others like Bloomberg Opinion writer Julian Lee disagree. They worry the oil spill will forever change the last undamaged coral reef off the island, robbing the planet of an ancient patch of untouched wildlife. 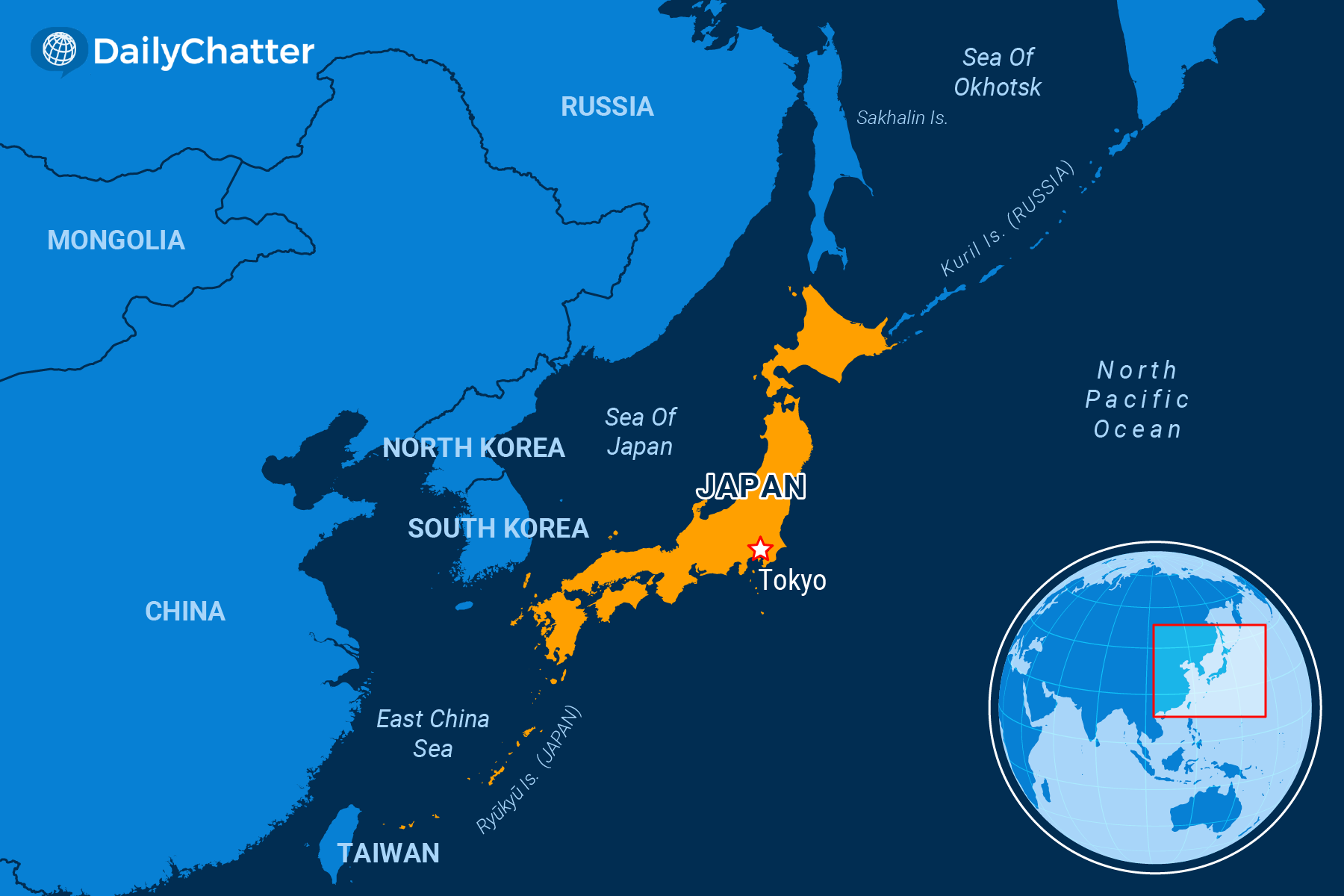 Japanese Prime Minister Shinzo Abe resigned over the weekend, ending weeks of speculation over his stepping down, and setting the stage for a slew of contenders to replace the country’s longest-serving leader, the Japan Times reported.

Abe is stepping down after relapsing with chronic ulcerative colitis – a bowel disease. He had previously resigned as prime minister in 2007 for the same reason.

The deeply unpopular prime minister leaves behind a controversial legacy, with growing public dissatisfaction with the government’s handling of the coronavirus pandemic, a rapidly aging population and complex relationships with China and the United States, according to the New York Times.

The ruling Liberal Democratic Party, meanwhile, is expected to select its new leader over the next few weeks, one who could become Japan’s next prime minister. Among the potential candidates are government spokesman Yoshihide Suga, and LDP policy chief Fumio Kishida.

Abe, meanwhile, will remain prime minister until a replacement is found. He has not yet endorsed any particular candidate.

Hand to Heart, Hand to Till

A Brazilian court suspended Rio de Janeiro Governor Wilson Witzel over the weekend as part of a corruption investigation into alleged kickbacks that involve the state’s chaotic response to the coronavirus pandemic, the Washington Post reported.

Prosecutors said that the governor was at the “top of the pyramid” of a corruption scheme of bribes and kickback for government contracts including projects to fight the outbreak that has infected more than 3.8 million and killed more than 120,000 people as of Sunday.

One of the suspected schemes was the construction of seven field hospitals and the procurement of supplies of ventilators and protective medical equipment. Only two hospitals were constructed and much of the equipment never materialized, or arrived too late.

The accusations are another blow for Brazil’s leadership which is struggling to contain the outbreak amid mounting accusations that officials are exploiting it to get rich.

Worldwide, corruption has grown into one of the “most nettlesome obstacles,” the Washington Post wrote. Officials from South Africa to Colombia have been accused of stealing money as their countries swelled health care budgets to meet the crisis.

Meanwhile, Witzel denied the accusations and said that the investigation was an attack orchestrated by his political rival President Jair Bolsonaro, who is also under investigation for corruption.

The two leaders have clashed on the pandemic response: Bolsonaro has urged people to go back to normal, while Witzel shut down all but nonessential businesses.

Protesters hit the streets of European capitals over the weekend to demonstrate against anti-virus restrictions aimed at containing the coronavirus pandemic even as cases surge around the continent, Agence France-Presse reported.

Around 18,000 people rallied in Berlin to protest the requirement to wear masks and other measures, demanding the resignation of Chancellor Angela Merkel. Police later halted the march because many were not respecting social distancing measures.

A similar “anti-corona” protest occurred in Berlin earlier this month.

In Britain and Switzerland, meanwhile, protesters demanded an “End to medical tyranny,” while also brandishing anti-vaccination and anti-mask signs.

In Paris, police handed out $160 fines to demonstrators that weren’t wearing masks – Paris and other cities recently made masks obligatory in all public places, including outdoors.

The demonstrations come as new confirmed cases are on the rise in Europe, prompting governments to impose tighter rules on wearing masks and other restrictions. European leaders hope that the measures will help avoid another round of the economically devastating lockdowns that were imposed earlier this year.

The dazzling insect had not been seen in the area in 150 years.

The butterflies were declared extinct in 1979 but conservation efforts have allowed the mesmerizing arthropods to make a comeback.

It was no easy feat: Scientists and conservationists spent five arduous years preparing the area for the 1,100 larvae that would emerge with stunning wings. The team halted cattle grazing, and planted wild thyme and marjoram plants, which are important sources of food for the butterflies as well as a key egg-laying habitat.

They also controlled the population of red ants, which are important to the butterfly’s survival: The ants are deceived by the butterfly’s larvae, and thinking it’s theirs, carry it back to their nests.

The globally endangered insects known for their distinct black spots were first reintroduced in Britain from European populations nearly 40 years ago.

Scientists say that the pretty arthropods have established “strongholds” in other parts of Britain and have even been able to colonize naturally in southern England.

“Butterflies are such sensitive creatures, and with the large blue’s particular requirements they are real barometers for what is happening with our environment and the changing climate,” said Richard Evans, area ranger for the commons.