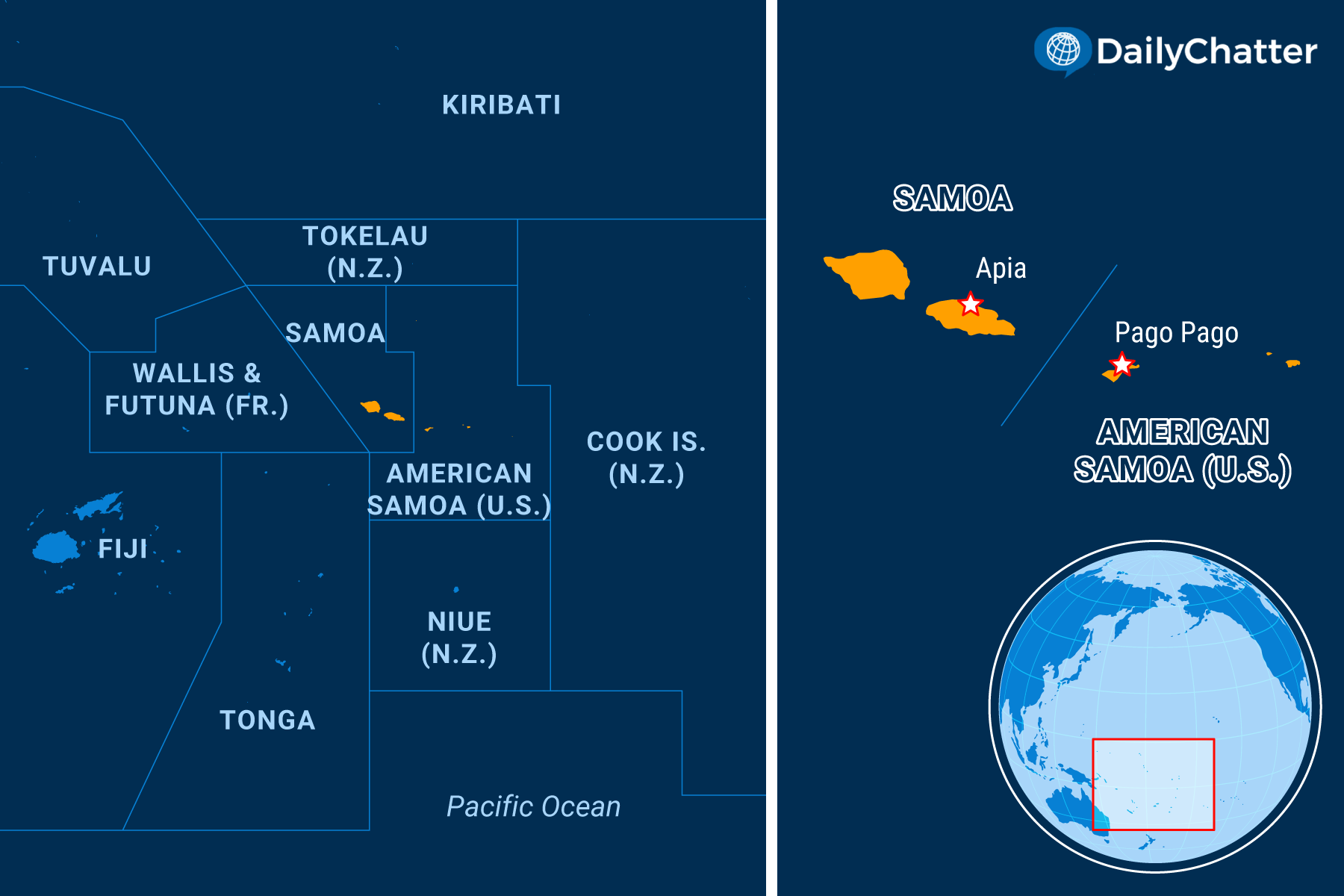 American Samoa is one of the few places in the US where the coronavirus has not claimed a life, according to Johns Hopkins University.

Residents of the so-called “unincorporated” territory of the US have confronted epidemics before: Zika in 2016, dengue fever in 2017 through 2018 and measles in 2019, wrote Worcester Polytechnic Institute Historian Holger Droessler in the Washington Post.

When COVID-19 appeared to be more than a passing threat, authorities took strict measures. They closed island schools, quarantined visitors from foreign countries and prohibited sailors from disembarking on the island.

The government even might have refused entry to an American airman who traveled to the island to attend his mother’s funeral. Technically, American Samoans are not automatically U.S. citizens, but the territory contributes the highest proportion of members of the military compared to other states and territories. This fascinating National Public Radio story described a court battle over that citizenship status.

In the same archipelago of islands in the South Pacific Ocean, in the independent country of Samoa, officials are similarly strict. Part of a “deeply conservative and devoutly Christian society” that is centered around the extended family, according to the BBC, they so far have warded off deaths from COVID-19, too.

But the former German colony controlled by New Zealand from 1914 until it gained independence in 1962 is struggling not to break its winning streak.

When a man who tested negative for the virus died after leaving quarantine, the Samoan Ministry of Health was quick to launch an investigation to make sure protocols had been followed and oversights avoided, Radio New Zealand reported.

The recent death of a Samoan who returned to the islands after seasonal work in New Zealand similarly caused worries in Apia, the country’s capital. Labor travels frequently between the two island nations in the Southern Hemisphere. That was the economic context of this CNN story that described how a Samoan chief illegally forced his citizens to pick fruits in New Zealand orchards.

Critics have said that Head of State Tuimalealiifano Vaaletoa Sualauvi II and Prime Minister Tuilaepa Aiono Sailele Malielegaoi, who has been in office for 22 years, have not been transparent enough about their efforts to stop the spread and prevent deaths. Samoa’s business community is also growing angry about the COVID-19 lockdown and restrictions that have brought the economy to its knees.

Samoans are resilient, wrote the Guardian. They have survived diseases as well as hurricanes and the looming threat of climate change.

Still, a pandemic is a nice time to be in one of the most remote parts of the world. 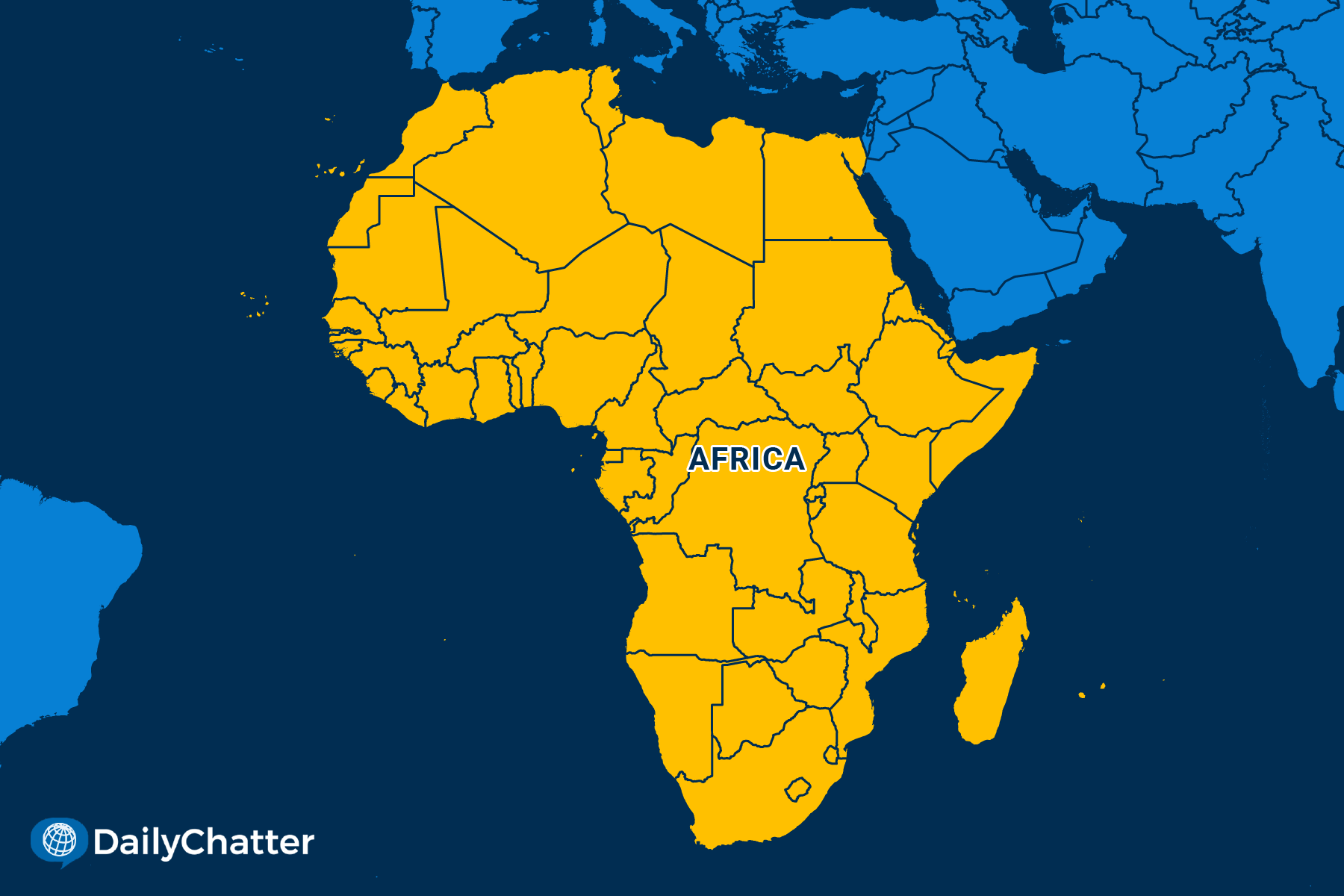 Africa was declared to be free of wild polio Tuesday, a huge victory against the virus that paralyzed 75,000 children across the continent every year more than two decades ago, Sky News reported.

The African Regional Certification Commission certified the continent polio-free after declaring that no new cases have been found since some were identified in northern Nigeria more than four years ago.

Vaccination campaigns and monitoring children, however, continue in Nigeria’s Borno state, which has been described as the epicenter of the Boko Haram insurgency.

The announcement comes as the continent battles the coronavirus and an Ebola outbreak in western Congo.

Also, while wild polio has been eradicated, the continent still confronts a few cases of vaccine-derived polio – which is caused by a rare form of the virus that mutates from the oral polio vaccine.

Polio is a highly infectious viral disease that can cause irreversible paralysis and lead to death if it affects the breathing muscles.

There is no cure, but the polio vaccine can prevent a person from contracting it.

Russia on Tuesday denied accusations that it had poisoned opposition leader Alexei Navalny, a day after German doctors treating him found traces of poison in his system, the Associated Press reported.

The Kremlin critic fell ill on a flight back to Moscow from Siberia last week and was admitted to a hospital in the city of Omsk after the plane made an emergency landing.

Over the weekend, he was airlifted to Berlin, Germany, where doctors found indications of “cholinesterase inhibitors” – a substance that is found in drugs, pesticides and nerve agents.

Navalny’s allies accused the Kremlin of orchestrating the poisoning. Russian officials and doctors dismissed those allegations and said that no criminal investigation will take place at this stage, because Navalny’s condition could have been triggered by a variety of causes.

The Russian government has been accused in recent years of using poison to eliminate dissidents and critics.

Analysts, meanwhile, pointed out that cholinesterase inhibitors are also present in Novichok, the nerve agent used to poison former Russian spy Sergei Skripal and his daughter in Britain in 2018.

Mexican students began their new school year at home with millions attending classes via television, as the government has deemed it too dangerous to open schools during the coronavirus pandemic, the Wall Street Journal reported Tuesday.

Children from pre-kindergarten through high school will be watching televised lessons until the end of the year, as the country is still reeling from the outbreak that has killed more than 60,000 people.

The experiment is a joint effort between the government and private networks to broadcast public school classes for 18 commercial-free hours a day on unused digital channels.

Government officials said that the networks will be paid roughly $20 million to offset their costs.

The decision to pick television as a medium to provide education was due to the country’s low internet penetration, which makes it impossible to have online classes in large parts of the country.

While some analysts and educators argued that the decision was “better than nothing,” others remained skeptical about the effectiveness of the model.

Some teachers consider the effort to be part of a political arrangement between the government and private TV networks ahead of next year’s midterm election, but officials have denied any political motive in the agreement with private broadcasters.

Digital information and content are weightless and invisible but storing them is no easy feat.

A lot of raw materials are used to power the computer systems and servers that maintain the world’s digital economy, and that could soon prove unsustainable for the planet, United Press International reported.

Currently, one sextillion digital bits of information are created annually, but that figure is increasing each year at scary levels, according to researcher Melvin Vopson.

“Assuming a 20 percent annual growth rate, we estimate that after [approximately] 350 years from now, the number of bits produced will exceed the number of all atoms on Earth,” wrote Vopson in his new study for the journal AIP Advances.

For his results, Vopson relied on Einstein’s theory of general relativity and the works of physicist Rolf Launder, who showed information is governed by the laws of thermodynamics.

He explained that the growth of digital data seems “truly unstoppable”: If the growth rate increases to 50 percent, digital information will surpass half of the Earth’s mass by 2245.

The author added that the current pandemic has accelerated the process as more data is being used and produced than ever before.

“We are literally changing the planet bit by bit, and it is an invisible crisis,” Vopson warned.