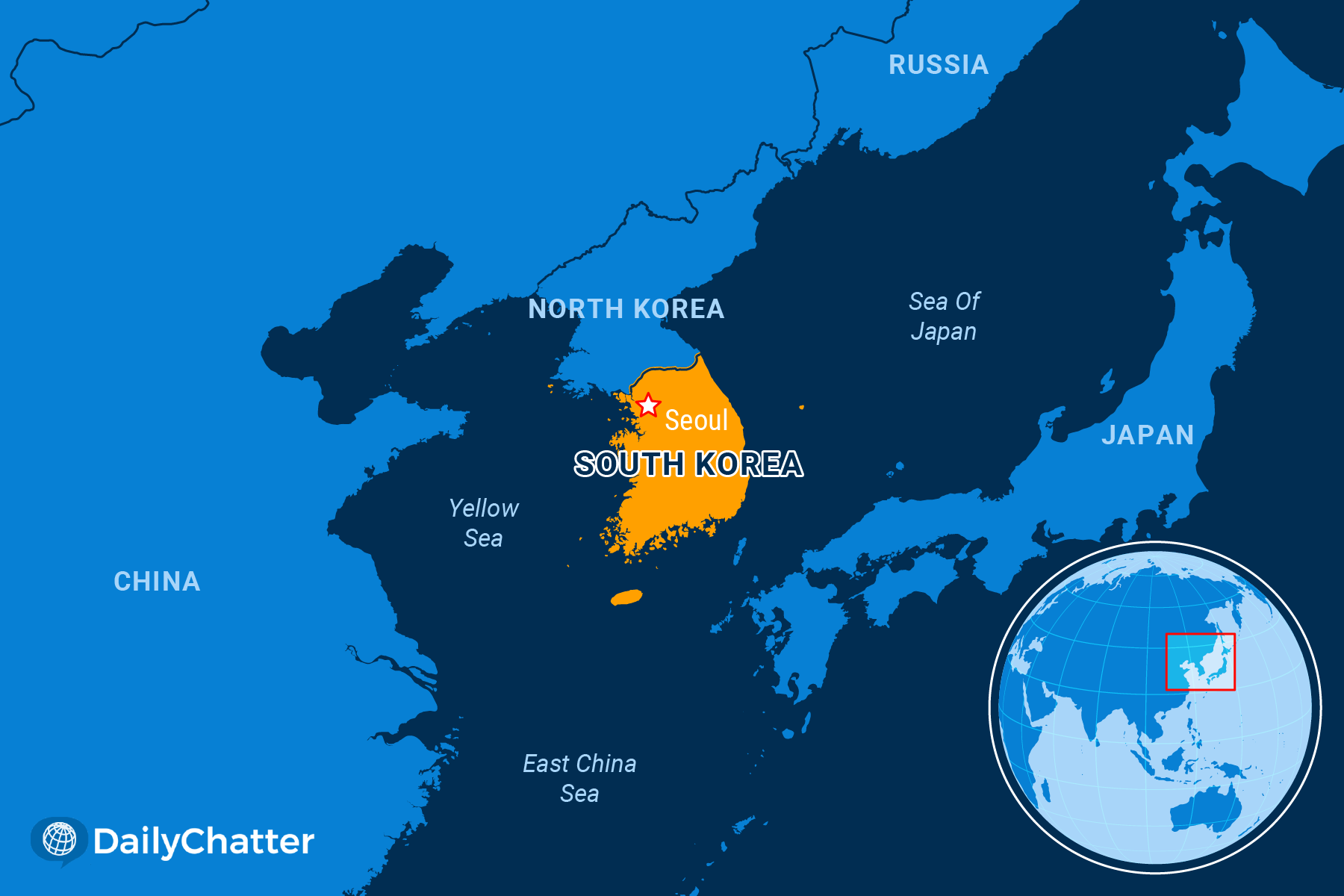 Yet another scandal is rocking scandal-ridden South Korea.

A South Korean court recently gave Son Jong-woo, the founder of a notorious child pornography website, the world’s largest, only 18 months in jail. Judges in the East Asian country have also refused to extradite Son to the US, where he would face decades in prison on charges ranging from sexual abuse to money-laundering.

The court’s sentence comes as South Korea has seen a string of odd sex scandals involving websites that feature abuse, slavery and other violence, journalist Haeryun Kang wrote in a commentary in the Washington Post.

Many Koreans are sick and tired of the culture that cultivates these incidents even as it appears endemic. President Moon Jae-in campaigned as a “feminist,” for example, to appeal to female voters who were fed up with harassment and conservative traditions that impede their success in the workplace. Meanwhile, three of Moon’s allies in the Democratic Party have been accused of sex crimes. One was jailed last year on charges of rape and assault, CNN noted.

The incidents traverse the country’s borders, too.

A senior South Korean diplomat’s alleged assault in New Zealand is causing a diplomatic row between the two Pacific countries, Nikkei Asian Review reported. South Korea needs New Zealand’s support in its bid to make its trade minister the head of the World Trade Organization. Regardless, South Korea refuses to extradite the diplomat to the Kiwi capital of Wellington to face the charges.

Fueling anger over these embarrassments are memories of the massive corruption scandal that resulted in the impeachment of South Korea’s first female president, Park Geun-hye. The president was accused of cult activities, influence-peddling and classified information leaks, the BBC explained. Park was one of many former South Korean presidents who are serving out jail sentences on corruption convictions, the American Enterprise Institute wrote.

In other respects, the prosperous country appears to be doing well.

South Korea is developing an aircraft carrier, a sign of its growing power and heft in the region as well as its renewed commitment to cooperating on strategic issues with the US and Japan, wrote CNN.

The country has made significant progress against the coronavirus. Agence France-Presse recently featured high-tech bus stops with climate-controlled, glassed-in interiors and disinfection systems in a recent article on South Korea’s efforts to stop the spread.

South Korea’s export-driven economy is also picking up as parts of the world come out of the pandemic lockdown, too, Bloomberg added.

Still, some say that for South Korea to grow and prosper even more, it has to put its house in order, and consider all of its inhabitants.

The European Union will impose sanctions on Belarus following a contentious election that reelected incumbent President Alexander Lukashenko and set off mass protests over the past two weeks in the former Soviet nation, CNBC reported.

European Council President Charles Michel said the bloc won’t recognize the results of the Aug. 9 polls, which are suspected of being rigged. He added that sanctions would be implemented against a “substantial number” of individuals responsible for violence, repression, and election fraud.

Lukashenko – who has ruled Belarus since 1994 – claimed a landslide victory in the presidential vote but opposition leaders say the elections were “fraudulent.”

Meanwhile, voters have taken to the streets to protest results, prompting authorities to launch a brutal crackdown: Thousands have been arrested and at least two protesters have died.

The demonstrations have also received the support of workers of large state-owned factories – usually part of Lukashenko’s base.

Meanwhile, analysts are closely monitoring the situation in Belarus fearing possible intervention from neighboring Russia: Belarus’ long-time benefactor has previously said it would offer military support to Lukashenko if necessary.

Thai authorities issued arrest warrants for six activists that took part in student rallies calling for reforms of the Thailand’s powerful monarchy, a taboo subject in the Southeast Asian nation, the Guardian reported.

Last week, thousands of students risked jail after issuing a 10-point manifesto for reforming the monarchy, including the removal of a strict law that bans criticism of the king and his family –offenders face up 15 years in jail.

Officials said those arrested won’t be charged on the Lèse-majesté laws but for breaching internal security and coronavirus measures that have banned public gathering.

Prime Minister Prayuth Chan-ocha – who came to power in a 2014 military coup – has previously said the king didn’t want the students prosecuted. The students have the right to protest, he added, even as he said the demonstrations “went too far.”

Thailand has been gripped by student-led pro-democracy protests for more than a month. Amid the calls for reform of the monarchy, demonstrators have also demanded the dissolution of parliament and changes to the constitution, which cements the power of the army.

Hundreds of Palestinians gathered in the streets of the Gaza Strip Wednesday to protest the United States-brokered deal that normalizes relations between Israel and the United Arab Emirates, the Associated Press reported.

Protesters called the deal “a betrayal” of Jerusalem and Palestine, while expressing support for Palestinian Authority President Mahmoud Abbas, who has rejected US President Trump’s Middle East plan on the grounds that it unfairly favors Israel.

Last week, the UAE and Israel signed the unprecedented deal which would allow the two Middle Eastern nations to establish full ties. The UAE approved the move as a way to halt the Israeli annexation of parts of the West Bank even as Israeli Prime Minister Benjamin Netanyahu said the suspension was only temporary.

The deal was hailed by Bahrain, Oman and Egypt but rejected by Iran. Saudi Arabia, meanwhile, welcomed the agreement but refrained from offering outright support, the AP reported separately.

Saudi Foreign Minister Prince Faisal bin Farhan said Wednesday that Saudi Arabia is open to establishing similar relations with Israel on the condition that a peace agreement is reached between Israel and the Palestinians.

Like other Arab Gulf nations, Saudi Arabia has fostered quiet ties with Israel over the years, in part because of shared concerns over Iran’s influence in the region.

The problem with razors is that they tend to get dull after a few shaving sessions, forcing consumers to stock up on them.

But that might be a thing of the past.

That’s because scientists have finally solved the mystery as to why razors have a short lifespan, according to New Scientists.

In a recent study, researchers at MIT placed a device that used razor blades to cut hair inside a scanning electron microscope to get a better glimpse at the shaving process. They also looked into the molecular make-up of the blade to understand how soft materials, such as hair or cheese, dull steel razors and knives – which are harder and stronger.

The team found that the razor blades had tiny chips on their edges that were formed from the process that hardens the steel. These little cracks widened every time a blade cut a hair: The damage caused depended on the angle between the blade and the hair, and whether the hair met the blade at a point where one of the cracks lie.

While it’s difficult to control the angle and position of the hair, scientists suggested the solution is to create new blades that minimize these microscopic cracks.

The researchers are working on a new blade that might even resolve the problem of razor burns.