The Silence in the Absence

Romans love to complain about loud, crass, un-stylish American tourists who crowd their ancient city’s cobblestone streets in normal times. But dwellers of the Eternal City are finding themselves yearning for those visitors now that their economy is struggling to rebound from the coronavirus lockdowns.

The Italian government has ended most of its restrictions but continues to ban Americans from Italy’s shores.

“They are our largest demographic and without them, we just don’t have a business,” said Annie Ojile, who rents Vespa scooters in the Italian capital, in an interview with CBS News. “A lot of people say that Rome has returned to the Romans. But it is absolutely devastating for the economy, and the tourism sector is the first to feel it.”

On the Amalfi Coast south of the Italian city of Naples, workers laid off from their resorts in part due to absent big-spending American, Brazilian, Middle Eastern and Russian tourists are dipping into their savings, growing vegetables and raising pigs and rabbits to feed themselves, the Washington Post reported.

Italy’s experience is not unusual around Europe, a continent that depends on American investment in the form of tourism: Tourism makes up around 10 percent of Europe’s economy, wrote Forbes. In 2016, American travelers booked half the hotel rooms in the European Union.

The absence is evident in France, where many streets in the districts of Montmartre and the Marais – two very touristy quarters – are almost silent. There are tourists from Germany, the Netherlands and especially from other parts of France milling around but less than a tenth of what’s normal.

“It’s okay but the problem is, it is Americans and Asians who really spend money,” one shopkeeper selling jewelry and art said, sitting in a deserted store in Montmartre. “We’ll see what happens.”

Nearby, a café owner lamented that he still had to pay a huge amount in rent while making very little since March. “Five (cafes and restaurants) have already closed on my street,” he said. “I might be next.” Meanwhile, street musicians on the hill that hosts the famed Basilique de Sacre Cour are getting desperate.

A few hours away, tour guides on the D-Day beaches of Normandy and at the celebrated chateaux in the Loire Valley are sitting idle, the Associated Press reported.

Spain’s tourism industry, meanwhile, is struggling as petrodollars from the Middle East and Russia dry up due to restrictions on travelers from those regions, according to El Pais newspaper. Tour operators in Oxford, England have seen a similar drop for their guided strolls around that old university town.

Normally, American passports are among the most powerful on the Henley Passport Index, which ranks the utility of passports. Because of restrictions against Americans in numerous countries, as listed in Today, Americans now enjoy travel freedoms on par with Mexico and Uruguay, which are now the 25th and 28th on the list of 109 countries.

The change in fortunes is an indication of how the US has failed to control Covid-19 compared to Europe, USA Today wrote.

Desperate countries like Kenya and South Africa, are trying to woo Americans who might be as satisfied with a safari as a walk through ruins and museums filled with world-famous art, Travel Weekly wrote.

Whether they will still be welcoming a month or two from now depends on how well the wealthiest and most powerful government on Earth can beat a microscopic threat. 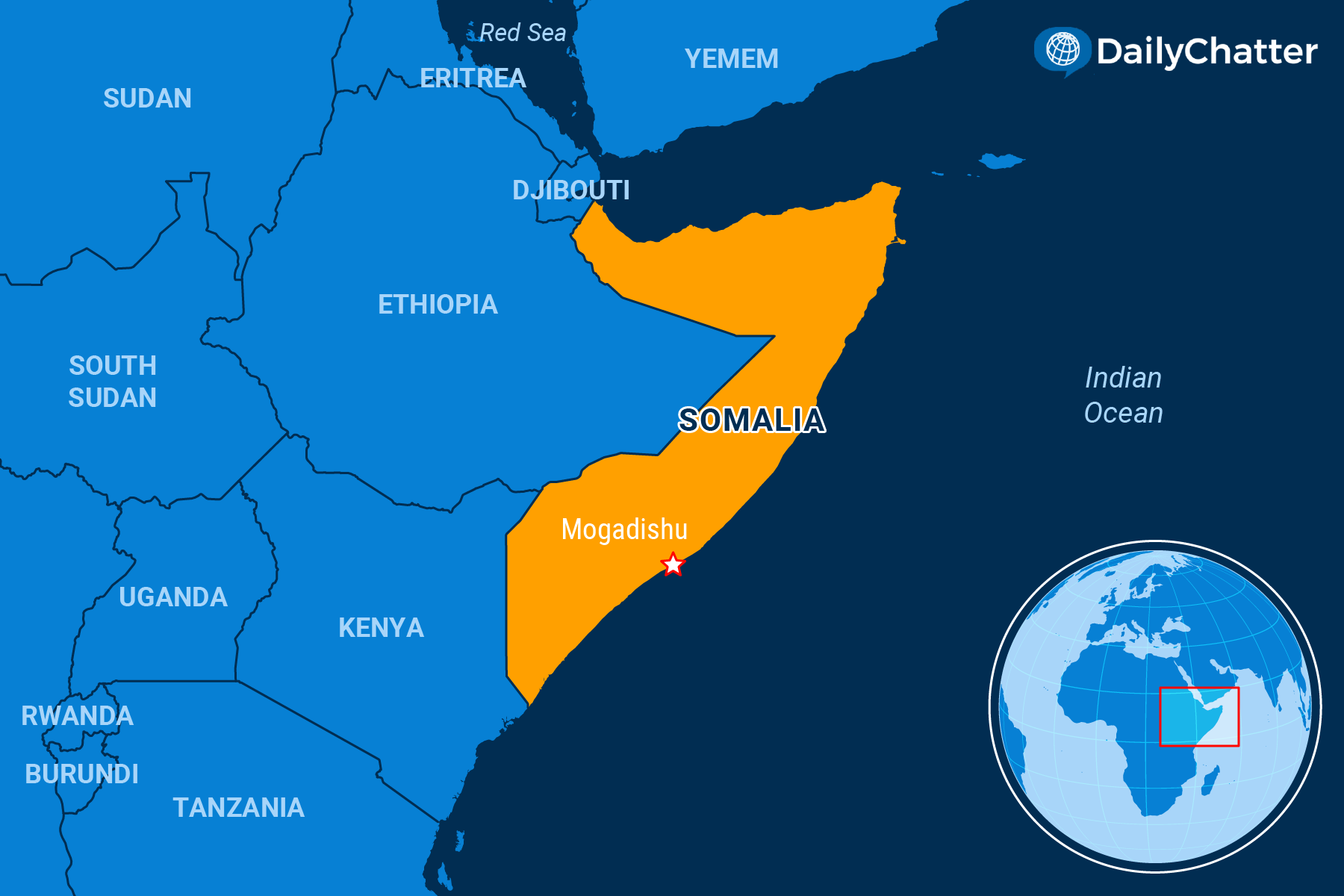 Lawmakers are considering a bill that would allow child marriage and forced nuptials, a move United Nations officials are calling “a major setback” in the fight against sexual violence in Somalia and across the globe,” the Associated Press reported Wednesday.

The bill is a major reworking of prior proposed legislation that had aimed to provide more protections to women and girls in one of the world’s most conservative Muslim countries. The original bill was approved by the nation’s Council of Ministers and sent to parliament in 2018. However last year, the speaker of the House of the People sent the bill back and asked for “substantive amendments.”

The newly revised bill would allow child marriage once a girl reaches puberty and permits forced marriages with family consent, according to Reuters. The bill also weakens protections for victims of sexual violence.

The UN mission in Somalia has urged the government to reintroduce the original bill, while thousands of Somalis have circulated a petition against the revised measure.

The controversial legislation comes as women’s rights groups and child advocates worry that increasing poverty due to the coronavirus pandemic will increase child marriage and reverse gains in education regarding girls worldwide but especially in countries such as Somalia: Almost half of all girls are married by the age of 18 while 8 percent are by the age of 15, according to UNICEF estimates which aid officials say vastly underestimates the phenomena.

Meanwhile, women’s groups and aid organizations have already documented rising violence against women worldwide due to the pandemic.

The British economy has taken the most severe hit of any major economy worldwide due to the pandemic lockdowns, contracting by one-fifth in the second quarter, the Wall Street Journal reported.

Gross domestic product shrank by a whopping 20.4 percent, the British statistics agency said Wednesday. In the same period, the United States and Germany recorded a contraction of around 10 percent.

Data also showed that during that period, household spending fell by 23.1 percent while business investment declined by almost a third.

Meanwhile, the government has spent billions to keep workers employed: Nearly 10 million employees who might have lost their jobs are part of a government-backed furlough program set to expire in October.

Britain has had more than 46,000 confirmed Covid-19 related deaths, the highest toll in Europe and the fourth highest in the world after the US, Brazil and Mexico. The government started nationwide lockdowns in late March and loosened restrictions in late May.

The central bank, meanwhile, predicts that Britain’s complete departure from the European Union without a deal could shatter hopes for a post-pandemic recovery. Britain officially left the bloc in January but remains a de facto member until the end of the year.

Bolivian political parties are scrambling to set an official date for new presidential elections to halt demonstrators who have blocked streets and highways, enraged that the vote was delayed for a second time due to the pandemic, the Washington Post reported.

Since last week, nearly 150,000 miners, labor unionists, farmers and Indigenous activists have set up barricades to shut down main highways, demanding a firm date ratified by the legislative assembly. Demonstrators want the United Nations to monitor the elections.

Bolivia’s elections were originally scheduled for May 3 and are now planned for Oct. 18.

Leftists groups say the delay is an attempt by right-wing President Jeanine Anez to extend her contentious interim presidency – with some demanding her resignation. Anez has been criticized for her handling of the pandemic and is also accused of persecuting leftists.

Anez came to power last year as a caretaker leader after former socialist president, Evo Morales, went into exile following mass protests over disputed election results last year. Morales declared victory for a fourth term but a review of the vote by the Organization of American States found widespread irregularities.

Meanwhile, analysts, however, say it’s doubtful that any agreement – even backed by the socialists – will calm protesters’ fury at Anez.

Malignant cancers have been plaguing living beings for millions of years, and even the dinosaurs were not spared.

Paleontologists writing in a new study say they have discovered a manifestation of osteosarcoma – an aggressive bone cancer – after studying the fossil remains of a dinosaur that lived 76 million years ago in what is now Canada, Reuters reported.

Researchers said that the lower leg bone of a Centrosaurus had “a massive gnarly tumor larger than an apple”: The find was the first example of cancer afflicting the giant reptiles ever found.

“Dinosaurs seem like mythical beasts but they were living, breathing animals that suffered through horrible injuries and diseases,” said co-author David Evans.

The authors explained that osteosarcoma destroys bones and can spread to other tissues. Treatment usually involves chemotherapy and surgery – and even amputation.

Researchers said the ailment severely affected the movement of the 20-foot-long dinosaur, making it prone to predator attacks. However, neither the tumor – nor predators – were responsible for the Centosaurus’ demise.

Previous findings have been unable to spot cancer in dinosaurs, since most tumors occur in soft tissue that doesn’t fossilize.

“[Cancer] is not something novel or new but probably has occurred since time immemorial and is an expected complication in all animals,” said another author Mark Crowther.