Since we first introduced maps to DailyChatter more than a year ago, many of you have asked us when we would expand the map feature to cover all news items. We’re very pleased to take that step today. Thank you for your support.

There is little doubt that Belarusian President Alexander Lukashenko will win reelection on Aug. 9. Often called the last totalitarian in Europe, he has led his country, a former Soviet republic, for more than 25 years with an iron grip over the economy and its political and legal systems. No one seriously expects the ballot under his corrupt rule to register anything but a resounding victory for the incumbent.

Yet he appears to be taking measures to shore up his rule anyway.

Belarussian authorities recently detained 33 alleged Russian mercenaries who Lukashenko said were among a group of 200 operatives seeking to disrupt the election. The mercenaries were disguised as tourists. The move appeared to substantiate Lukashenko’s frequent assertions that foreign interlopers stir up public discontent for his administration, the New York Times wrote, even as others say the president is desperate for a distraction.

The alleged fighters were employees of the Wagner Group, a firm of mercenaries linked to associates of Russian President Vladimir Putin. The announcement sent a chill throughout already cold relations between Belarus and Russia as Lukashenko has sought to be more independent of Moscow while Russian President Vladimir Putin has sought greater integration (read: Russia absorbs Belarus).

Diplomats at the Kremlin said the men might have been private contractors traveling to a third country but were conducting no security business in Belarus, reported Reuters. The diplomats said Lukashenko appeared to be stoking “unnecessarily negative emotions” to whip up support before an election.

The explanation didn’t satisfy Lukashenko. “It is clear they need to justify their dirty intentions in some manner,” he said at a cabinet meeting, according to Belta, a state-owned news agency.

But Russian agents were probably not why thousands of Belarussians lined up for hours in recent weeks to sign up as opposition candidates to challenge Lukashenko. Economic stagnation, disregard for the coronavirus and repression of political dissent were among their motivations,  Foreign Policy magazine explained.

Three figures have arisen among those to challenge the president: English teacher and “mother” Svetlana Tikhanovskaya, former banker Viktor Babariko and former ambassador to the US, Valery Tsepkalo.

Tikhanovskaya’s husband, popular vlogger Sergei Tikhanovsky, wanted to run. After labeling the president “a cockroach” to be crushed with a slipper – and driving around with a giant slipper on his roof – he was charged with attending illegal rallies (where protestors waved slippers), or “the organization and preparation of actions that severely violated public order,” according to the Ukraine-based Kharkiv Human Rights Protection Group.

Tikhanovskaya decided to run after her husband was jailed in May.

Still, the BBC reported that the Belarus Investigative Committee of the government is also investigating possible links between the Russian suspects and Tikhanovsky, whose blog is called, A Country To Live In.

Meanwhile, authorities charged Babariko with embezzlement and fraud after arresting him and a cadre of other opposition figures, Euronews wrote. And Tsepkalo lives in self-exile in Russia. He left Belarus after government agents went to his children’s school and suggested they might take custody of them, Reuters reported.

Some might call them quixotic. Most would call them brave. 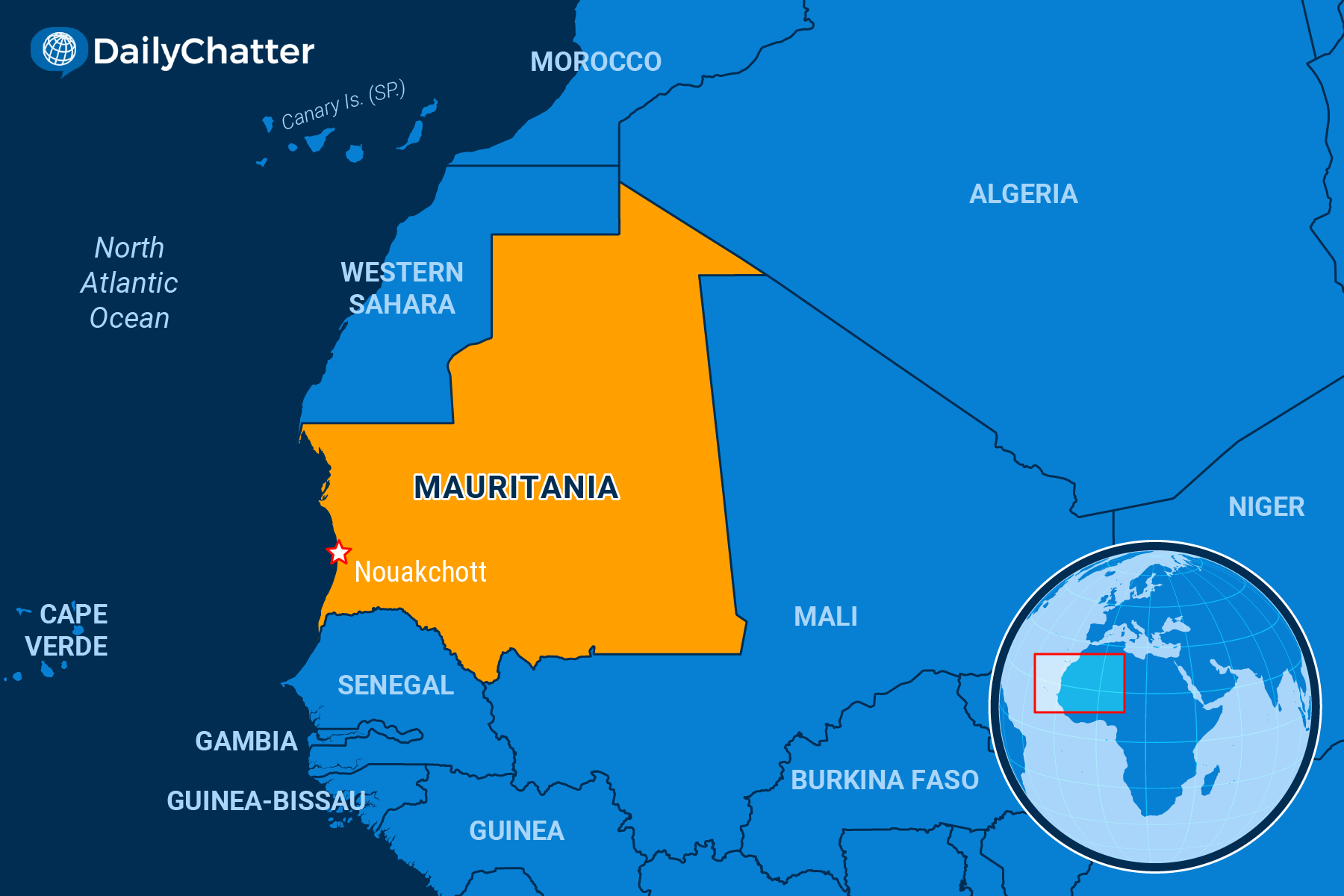 The poor West African nation’s political system had been shaky since a parliamentary investigation was initiated earlier this year into alleged corruption in the administration of former President Mohamed Ould Abdel Aziz. He stepped down last year after a decade in power. His ally Ghazouani succeeded him.

Meanwhile, parliament continued to investigate members of Abdel Aziz’s cabinet for graft and murky transactions including offshore oil projects. Earlier this week, parliament handed their findings to prosecutors. They have not yet been made public.

Abdel Aziz came to power in a 2008 coup and was considered an important ally of Western powers in the fight against Islamist militants in the Sahel region. The inauguration last August of Ghazouani, a former general and defense minister, marked the nation’s first peaceful transfer of power since independence from France in 1960.

Of Tigers and Brothers

Sri Lankan President Gotabaya Rajapaksa’s ruling party secured a landslide win in Wednesday’s parliamentary elections, in a victory that will allow him to amend the constitution to give more power to the presidency, the New York Times reported.

The nation’s Election Commission said Friday that the ruling Sri Lanka People’s Front and its allies won 150 seats in the 225-seat chamber. The alliance was able to secure a two-thirds majority in parliament needed to make constitutional changes.

Rajapaksa will now install his older brother and former president, Mahinda, as the country’s prime minister.

The two-thirds majority, meanwhile, will allow Rajapaksa’s ruling coalition to fully restore executive powers to the presidency that were previously curbed in the 2015 constitution, Reuters reported.

Rajapaksa says the constitutional changes are necessary to make Sri Lanka economically and militarily secure. Critics, meanwhile, are concerned over the concentration of so much power in one official (or family).

Both brothers are responsible for defeating the Tamil Tigers separatists during Mahinda’s presidency in 2009.

The tourism-dependent island’s economy has been hit hard by jihadist attacks last year that scared off tourists as well as lockdowns imposed to curb the spread of the virus.

Egypt and Greece signed a maritime agreement Thursday aimed at countering a similar deal between Turkey’s and Libya’s internationally-backed government which has sparked tensions in the Eastern Mediterranean region, the Associated Press reported.

Under the new agreement, the two nations will designate the sea boundaries and also an exclusive economic zone in the Mediterranean for oil and drilling rights.

The exact details of the deal have yet to be published but Greek Foreign Minister Nikos Dendias called it “the complete opposite of the illegal, invalid and legally non-existent memorandum of understanding between Turkey and Tripoli.”

Greece and Turkey have disagreed for decades over sea boundaries but the recent discovery of natural gas and oil has worsened tensions between the Mediterranean nations.

Last year, Ankara and Tripoli signed a controversial maritime agreement that has been criticized by Greece, Cyprus and Egypt as an infringement on their economic rights in the oil-rich sea. The European Union has called it a violation of international law and says it threatens stability in the region.

Archaeologists believed for many years that the ancient Clovis people moved to North America from Siberia about 11,500 years ago.

Now, some are challenging the “Clovis First” idea after archaeologists found pre-Clovis sites dating back more than 15,000 years, including a new one in Mexico: It showed that people had been living in the Americas about 33,000 years ago, according to the BBC.

Writing in a new study, researchers found nearly 2,000 stone tools at the Chiquihuite Cave in central Mexico, suggesting that the cave was used by the ancient people for at least 20,000 years.

“Anyone can see that these are deliberately manufactured stone tools and there are lots of them,” said co-author Thomas Higham.

Higham added that stones tools dating back almost 30,000 years have been previously found in Brazil. He said the findings could change the way archaeologists study the early occupation of the Americas.

Even so, archeologists wonder how these pre-Clovis people arrived. Some believe they came via the now-melted Beringian land bridge that connects present-day Alaska with Siberia during the last Ice Age. Before then, the Beringia was not easy to traverse, possibly very boggy.

Higham suggested that only a few crossed the area using coastal routes and eventually settled in America using some type of maritime technology.

While people seem to have been in the Americas before 26,000 years ago, they were probably thin on the ground, scientists say. It’s only much later, between 14,000 and 15,000 years ago that populations increased substantially when temperatures spiked at the end of the last Ice Age.