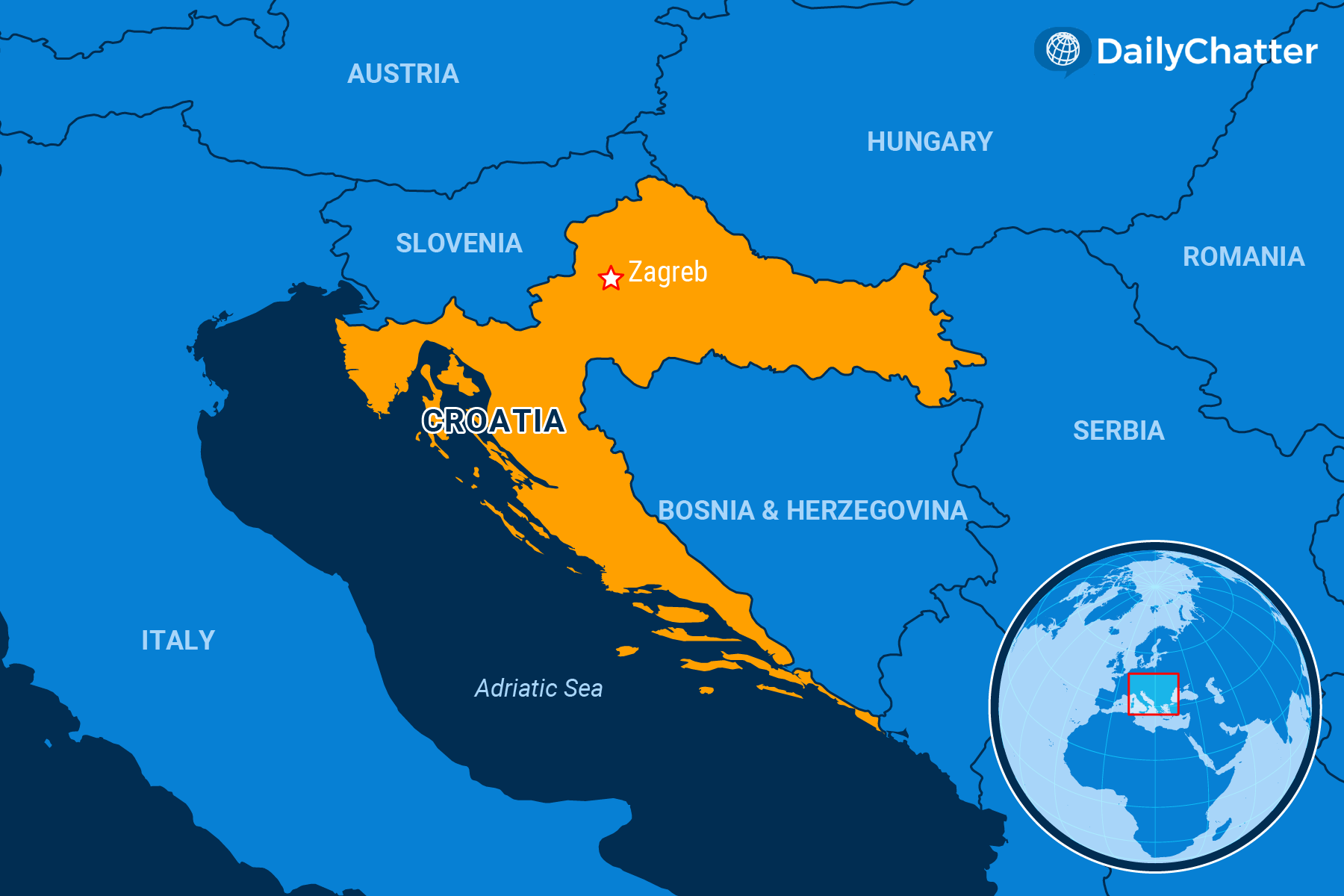 Comparing recent events in Croatia to the Tennis Court Oath that helped spark the French Revolution in 1789 might be a stretch. But a tennis match in Zadar on the coast of Croatia has sparked a political crisis in the Balkan country.

Novak Djokovic, a Serbian considered the world’s best male tennis player, and other players and attendees at the match contracted the coronavirus, threatening to kick off a second surge in the Croatia after officials successfully beat back the pandemic, the New York Times reported. Social distancing, masks and other public health measures weren’t enforced at the event.

Officials have banned visits to the nursing homes in Zadar while conducting tests to prevent another outbreak, the Associated Press added.

Croatian Prime Minister Andrej Plenković has said he won’t quarantine despite attending the event and met briefly with Djokovic, wrote Reuters. A few months ago, Plenković cited a decline in coronavirus cases to justify dissolving parliament to hold elections now slated for July 5 even though technically they could have occurred later, in autumn.

Plenković evidently thought an early vote would help his party, the conservative Croatian Democratic Union, whose incumbent candidate lost to President Zoran Milanovic, a former prime minister, who represented the liberal Social Democrats, in the general election in January. As France24 explained, the emigration of Croatians seeking better opportunities, corruption and a poor economy contributed to the voters’ choice of change.

Today, the Croatian Democratic Union and a leftwing alliance that includes the Social Democrats are close in the polls. A lull in the pandemic would reflect well on the prime minister. His party is well-organized, so it could capitalize on low turnout amid the pandemic.

But the tennis court contagion has prompted members of the Croatian Democratic Union to consider postponing the election, Total Croatia News reported. The party has also stopped campaigning in areas where two Union candidates have been forced to self-isolate.

President Milanovic, meanwhile, said the vote should not be postponed. Technically, the Croatian president is nonpartisan. But his comments reflected his former party’s campaign assertions that because Plenković is in charge of the government’s day to day affairs, he bears responsibility for failing to prevent the virus outbreak at the tennis match.

“What looked like a clean reelection for Prime Minister Andrej Plenković could turn into a nightmare,” said Croatian political analyst Kresimir Macan.

Plenković is not Louis XVI. But maybe he should have stayed away from that tennis court.

Israeli Foreign Minister Gabi Ashkenazi suggested there would be a delay in Israel’s plan to annex parts of the West Bank and the Jordan Valley on July 1, a date set by the coalition government to start the controversial process, Al Jazeera reported.

Ashkenazi’s announcement followed one by Prime Minister Benjamin Netanyahu Tuesday, saying the government will be discussing the annexation plan with the United States “in the coming days.”

Netanyahu had wanted to start the controversial process by Wednesday, which is in line with US President Donald Trump’s Middle East plan to resolve the decades-long Israeli-Palestinian conflict.

Palestinians, meanwhile, gathered in Gaza City and the West Bank to protest the annexation.

They have also rejected Trump’s plan, which proposes the creation of a demilitarized Palestinian state on a patchwork of land in the West Bank.

Critics say that annexation would deprive Palestinians of agricultural lands and water resources, as well as dash any prospects of a two-state solution.

While the United States has offered support on the annexation, the European Union, Arab nations and the UN secretary-general said the plan would violate international law.

Britain said Wednesday it would offer a path to citizenship to up to three million Hong Kong residents after China imposed a controversial national security law on the city, Politico reported.

Prime Minister Boris Johnson said that the new law was a “clear and serious” breach of the Sino-British Declaration, the treaty that determined Hong Kong’s status after the former British territory was handed to China in 1997.

Johnson had previously threatened to offer citizenship to Hongkongers with British National Overseas (BNO) status – a number believed to be 2.9 million. He said that British lawmakers will follow through on the pledge.

British officials said that those who take up the offer will be granted five years’ leave to remain, after which they will be able to apply for settled status. A year later, those with settled status, would be eligible to become British citizens.

In a similar move, Taiwan opened an office Wednesday that would help people to flee Hong Kong in a bid to attract professionals and capital from the city, according to Reuters.

At least 370 people were arrested during protests on Wednesday, all attending demonstrations against the law on the 23rd anniversary of Hong Kong’s handover to China, CNN reported.

The vote, which began last week, ended on July 1 with Russia’s Central Election Commission reporting that nearly 78 percent voted in favor of the package of amendments.

The amendments were proposed earlier this year with the Russian government arguing that they were necessary for the country’s stability and security.

Activists and opposition politicians, however, have called the amendments a “constitutional coup”: Hundreds of demonstrators took the streets of St. Petersburg and Moscow Wednesday to protest the changes.

Among the 200 amendments, the most controversial is the one that resets Putin’s term-limit clock to zero, which would allow him to seek two more terms and stay in power until 2036. He has already run the country either as president or prime minister continuously since 1999.

Other amendments that voters approved including ones that broaden the power of parliament, put Russian law above international law and ban same-sex marriage.

The vote comes as Russia reels from the economic impact caused by the pandemic. Putin’s approval rating has dipped to a low of 59 percent.

Stonehenge might be one of the most well-known prehistoric monuments in Britain but it’s about to be shoved aside for its neighbor, Durrington Walls Henge.

That’s because archaeologists recently discovered a large circular structure around the less famous site, making it the largest prehistoric structure ever found in the country, Gizmodo reported.

In a new study, researchers uncovered at least 20 carefully placed pits that form a circle around the Durrington Walls Henge that measure more than 1.2 miles in diameter.

Previous research suspected these pits were dew ponds or sinkholes but the new team was able to identify them using remote sensing tools, without the need to dig up the site.

Co-author Vincent Gaffney noted that it remains unclear what the circle looked like in the Neolithic period but suspected that it served as a boundary to a sacred place. Scientists believe this structure was maintained into the Middle Bronze Age (1400 to 900 BCE), which, if true, “would have significant implications for our understanding of the history and development of monumental structures across the Stonehenge landscape,” the authors wrote.

He added that creating this gigantic site was no small feat: The Neolithic community that built it and maintained it was well organized and had its own counting system.

“To create a notional circle over (1.2 miles) in diameter and over variable topography suggests it was laid out by pacing – but that would require the capacity to count and tally – and that is a new insight into how these communities worked,” said Gaffney.