**Numbers have been adjusted by the affected country 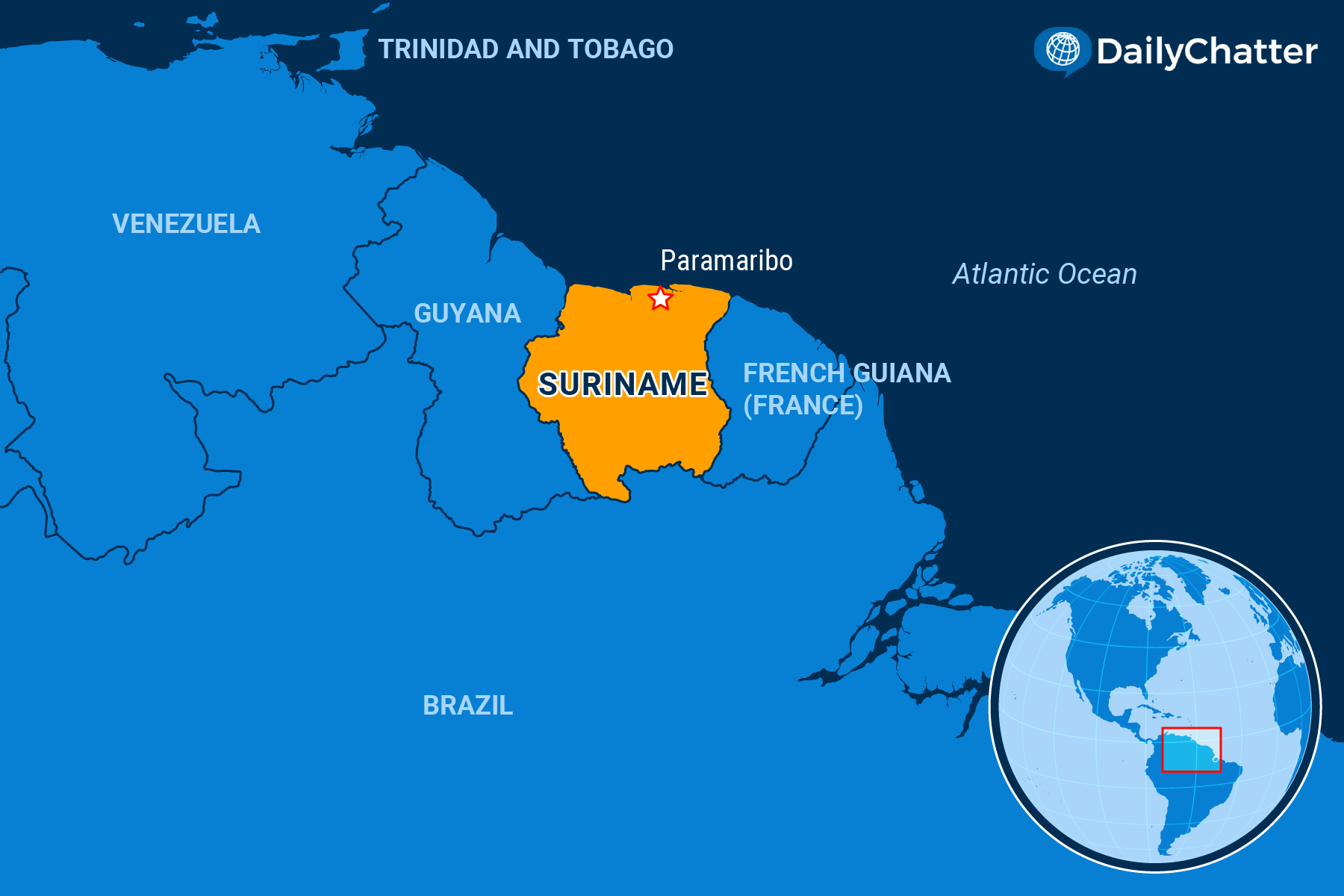 Fears over the novel coronavirus might help a convicted killer win reelection as president of Suriname.

In November, a judge sentenced President Desi Bouterse to 20 years in jail for ordering the killing of 15 lawyers, journalists, academics and other political opponents in the early 1980s, the BBC explained. They were allegedly pressured to falsely admit they were aiding and abetting a foreign invasion. Bouterse claimed they were working with the CIA to overthrow his regime.

To say Bouterse, 74, is a bad actor would be an understatement. But it would also be accurate to call him a survivor. He helped launch a coup in 1980, then led the country as a dictator for seven years. A Dutch court had also convicted him of drug trafficking in 1999. He denied the accusations. In 2010 and 2015, voters elected him president.

Under the law in the tiny former Dutch colony in South America, Bouterse is allowed to remain free pending a possible appeal, the Associated Press reported. Voters on May 25 will vote for lawmakers who in turn pick a president.

One can assume he won’t go to jail if he wins reelection. Vice President Ashwin Adhin has suggested that Bouterse might be pardoned if he fails to overturn the conviction, Agence France-Presse reported.

The president’s authoritarianism has inspired challengers. Surinamese banker Steven Coutinho, for example, helped expose the administration’s seizure of $200 million in bank deposits – or 7 percent of the country’s hard currency – to purchase food. Other bankers, afraid to confront the strongman, remained quiet. “This is absolute thievery,” Coutinho told the New York Times. “Our cash reserves are not for potatoes and onions — they belong to our depositors.”

Those moves came as the prices of oil and gold, the country’s major exports, have plunged, making it near impossible for Suriname to pay off its debts and import goods.

Despite the huge problems facing the country, the system of patronage that Bouterse has built up over his decades of rule makes him a formidable candidate, noted Global Americans. Many Surinamese citizens have already voted with their feet, too, opting to emigrate abroad rather than take the risk of standing up for their rights, added a letter writer to the Stabroek News, a local newspaper.

Meanwhile, Bouterse has been limiting gatherings of people due to the coronavirus – though the numbers of cases in the country are few – while holding large rallies in the interior. He’s also rejected calls to postpone the vote, reported the Daily Herald, a St. Maarten-based newspaper.

Suriname’s elections are crucial, say analysts. They come as the country enters a crossroads. Unfortunately, they add, during the pandemic, it’s likely voters will take the low road.

No Rest For the Weary

Demonstrators said that China’s move violated its promise of “one country, two systems” for Hong Kong, part of an agreement with Britain when it handed the city back to Beijing in 1997. Under that deal, China would respect the city’s autonomy until 2047.

China’s action appeared to have spooked investors, and was condemned by more than 200 officials from 23 countries.

A Leader, a Defendant

Netanyahu is being tried on charges of bribery and fraud and breach of trust in three long-running corruption cases. Netanyahu has denied the charges, saying he is a victim of a political “witch hunt.”

More than 300 witnesses are expected to take part in the trial, including three former colleagues, who agreed to testify against the embattled prime minister as part of plea bargains.

Netanyahu faces up to 10 years in prison for bribery and 3 years for each count of fraud and breach of trust if convicted.

Netanyahu’s appearance in court comes a week after his unity government with rival Benny Gantz was sworn in, sealing his grip on power for another 18 months at least.

Worried about espionage and angered over China’s secrecy during the pandemic, the British government moved to end Huawei’s involvement in the construction of the nation’s 5G phone network by 2023, the Financial Times reported Saturday.

Ruling Conservative Party lawmakers had been pressuring Prime Minister Boris Johnson to drop the Chinese company over the past few months, arguing that it could compromise Britain’s national security.

In January, Johnson approved allowing Huawei to build up to 35 percent of its 5G phone network: Even so, it restricted the company from the critical core of mobile networks where data is stored and routed.

The United States criticized the deal over fears that Huawei’s equipment would be used for espionage, and threatened to restrict Britain’s access to the Five Eyes intelligence-sharing system.

The overhaul comes as relations with China have taken a hit due to the coronavirus pandemic:  Conservative lawmakers accuse Beijing of withholding information on the spread of the virus.

Huawei officials were dismayed at the move, while the British telecommunications sector warned that a full ban on Huawei equipment would undermine Johnson’s election pledge to deliver high-speed internet by 2025.

Australian waters are perfect for surfing and shark-spotting with around 180 shark species. Now, the Sydney-based Mako Energy is looking to exploit its oceanic tides as a renewable energy source, CNN reported.

Mako Energy has created underwater turbines that can power homes using slow-flowing water in rivers and oceans. The turbines are up to 13 feet in diameter and can generate enough electricity to power up to 20 homes.

The technology is still in its infancy, but what sets it apart from wind and solar energy is its predictability: The sea moves in predictable tidal currents, unlike the sun and wind.

The main drawback, however, is that the turbines are very expensive to install. Also, it is unclear what impact the tidal installations may have on marine life.

Currently, a Mako turbine ranges from $20,000 and $70,000, depending on the power output and the location. The company says it is working to make them more affordable.