** The numbers for Spain have not been updated 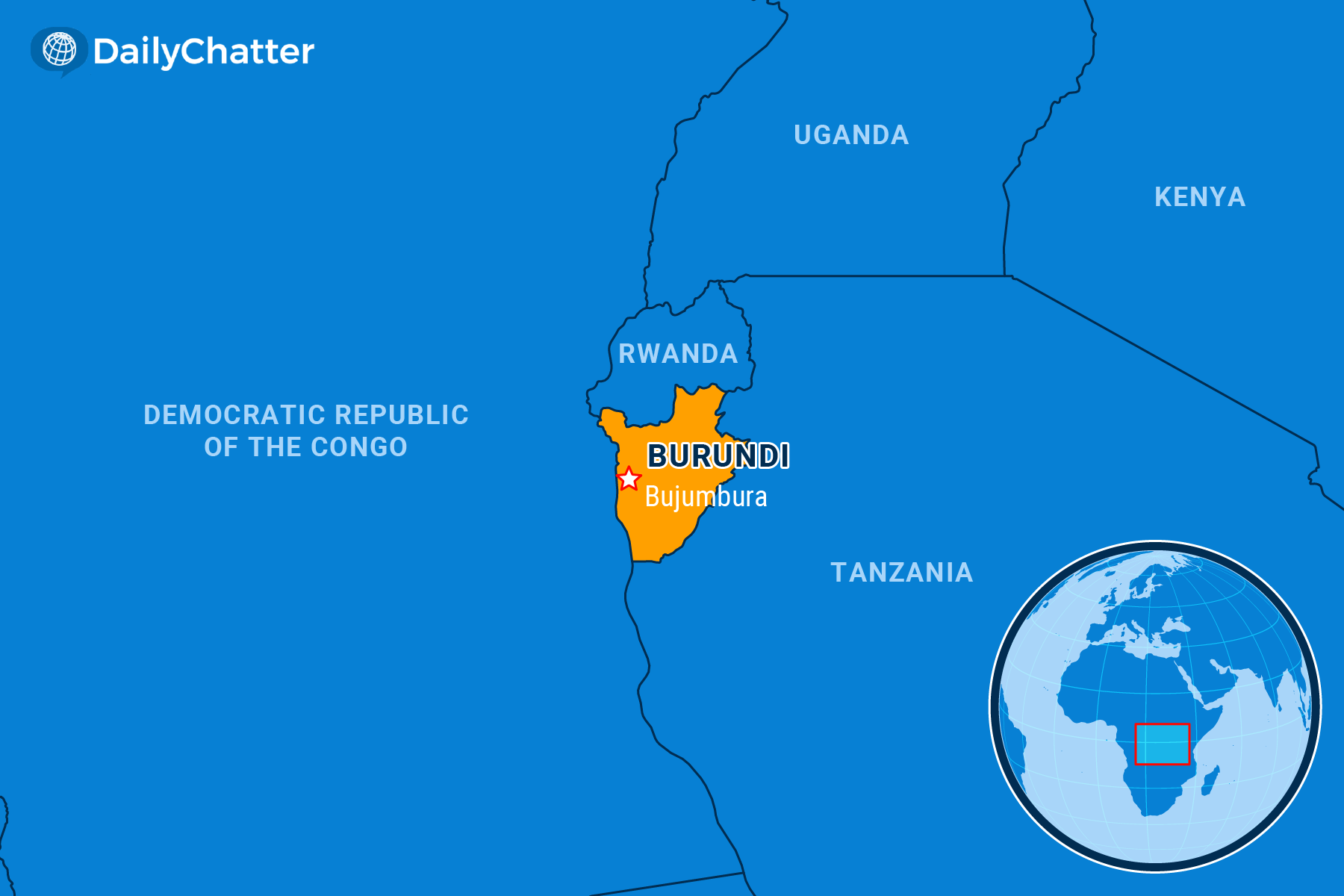 Of Viruses and Zombies

A grenade exploded in a bar in Burundi recently. Witnesses said the bar was affiliated with the National Council for the Defense of Democracy, the ruling party in the tiny, landlocked nation in southern Africa, Agence France-Presse reported.

The incident illustrated the high stakes of the May 20 election in Burundi.

Sitting President Pierre Nkurunziza, a former Hutu rebel leader who assumed power in 2005 after a bitter 12-year civil war, has agreed to step down to allow the election to go forward despite the coronavirus pandemic, reported the East African, a Kenyan newspaper.

That’s a big deal because Nkurunziza triggered a failed military coup d’etat and other violence throughout the country when he ran for reelection in 2015 despite critics’ assertions that he was violating limits on his term in office. Now Nkurunziza’s protégé, army general Evariste Ndayishimiye, is running against National Freedom Council leader Agathon Rwasa, a former Hutu militia leader during the civil war.

Burundi has taken steps to prevent the transmission of the virus at campaign rallies and during voting, the BBC explained. But the impoverished country has limited supplies of equipment. Health officials admit that social distancing has been impossible. Many now fear that whoever wins the election will face a terrible public health emergency.

Meanwhile, local World Health Organization officials have been kicked out of the country, the Guardian wrote.

In the great global debate between advocates of pushing ahead as if life were normal and sheltering in place to stop the spread, the former appears to have won. “If you prevent people from enjoying their freedom, their social life, their political life, their economic life, these people will suffer more than you anticipated,” Nkurunziza senior advisor Willy Nyamitwe told Africanews.

There is good reason to believe the president’s enthusiasm for democracy is less than honest. Writing in the Conversation, analysts argued that the National Council for the Defense of Democracy will likely rig the elections to maintain its grip on power, “even at the cost of a collapsing social order.”

It’s easy to see why many think that way.

Under Nkurunziza, Burundi has increasingly become an authoritarian state, the Council on Foreign Relations wrote. For example, the country recently awarded the national police with a media award while compromising the freedom of the legitimate press, Human Rights Watch noted.

The regime has kidnapped, detained, tortured, disappeared and killed opposition supporters by the hundreds over the years, wrote analyst Thierry Uwamahoro in Africa’s Mail & Guardian, who says this election is set to be as historic as one in 1993 that ushered in Burundi’s first democratically elected president, ending nearly four decades of military dictatorships.

Even so, the regime faces a few barriers. International election observers who might have put up roadblocks to that meddling will be in quarantine. Sometimes those observers are “zombie monitors” anyway, or fake officials who provide a veneer of oversight but just rubberstamp dictators’ victories, added Foreign Policy.

Nkurunziza and his cronies have been bad for many Burundians for years. Now their quest for power could hasten the spread of the coronavirus, putting at risk a region that has already seen plenty of suffering.

Back to the Table

President Ashraf Ghani and his rival Abdullah Abdullah agreed on a power-sharing agreement Sunday, putting an end to the months-long feud that threatened to derail the peace process in Afghanistan, the New York Times reported.

Under the new agreement, Abdullah will take control over the peace efforts with the Taliban, and his coalition will occupy half of all cabinet appointments.

Both rivals agreed to form the “High Council of Governance,” which will give the country’s major political leaders an advisory role to the president in the hopes of shaping a united front as Afghanistan seeks to end the conflict with the armed group.

The feud between the two leaders arose after last year’s presidential elections: Ghani won but Abdullah rejected the results.

The dispute led both leaders to declare themselves president, a move that complicated the intra-Afghan peace negotiations, which is a crucial part of the US’ peace deal with the Taliban.

French authorities arrested Felicien Kabuga, one of the world’s most wanted fugitives, for war crimes during the 1994 Rwandan genocide, NPR reported.

Kabuga, 84, was hunted for years before he was discovered living on the outskirts of Paris under an assumed identity on Saturday.

Authorities said that Kabuga played a key role in the genocide that killed more than 800,000 within three months.

He allegedly incited violence against the Tutsi and financed Hutu militias in Rwanda to carry them out.

He was indicted in 1997 for a series of war crimes including genocide but has always managed to elude arrest despite a $5 million reward posted by the US.

The UN-established International Criminal Tribunal for Rwanda will try him. The court has already convicted dozens for involvement in the genocide.

Puerto Rico will hold a non-binding referendum in November to determine whether the island should become the US’ 51st state despite growing disillusion with its current status as a territory, the Associated Press reported.

Vazquez’s pro-statehood party believes the move will help Puerto Rico in the long run as the territory has struggled to obtain federal funds amid hurricanes, earthquakes and the current coronavirus pandemic.

Puerto Ricans are US citizens but cannot vote in the US presidential elections. The territory is exempt from federal income tax but still pays Social Security and Medicare tax. It receives less funding than US states.

The US Congress would need to accept the results of the referendum. To date, it has never acted on the island’s previous plebiscites.

Otters have a cute habit of playfully “juggling” rocks in the air while standing or lying on their backs.

The amusing stunt has left scientists perplexed as to why they do it but a new study might shed some light on their mesmerizing behavior, CNN reported.

Researcher Mari-Lisa Allison and her team set up different types of man-made food puzzles to study the foraging behavior of two species of otters living in captivity.

The team noted that the mammals would juggle when they were hungry and displayed excitement at the prospect of getting their meal.

This playful act was more noticeable in younger and older otters but rare in mature otters with offspring.

They hypothesized that juggling acts as a developmental behavior in young otters, while the older generations do it to pass time and keep their brains active.

The parents, meanwhile, must care for their young and don’t have much time to play around.

Allison explained that the jugglers weren’t any better at solving the food puzzles than their non-juggling counterparts.

Her team has yet to determine the ultimate role of the juggling and if it is present in wild otters as well.

“Our study provides a glimpse into this fascinating behavior,” said Allison. “While hunger is likely to drive rock juggling in the moment, the ultimate function of the behavior is still a mystery.”