As the novel coronavirus spreads, disrupting the worldwide supply chains that critical industries depend on, Germany is considering options like nationalizing strategically important businesses and rebuilding production sites in Europe.

Folks in poorer countries, meanwhile, are just trying to get by.

After her sales fell by half, an Indian fruit seller is diluting the milk she serves her children. A Turkish balloon-ride company has laid off its 49 employees. A Filipino bartender who works for a cruise line is sitting at home. There are many of these tales of woe, across the globe, the New York Times reported.

In the grand scheme of things, however, all of the above might turn out to be minor developments in a radical, worldwide transformation that’s unfolding as the pandemic takes its toll.

In a comparison that hopefully turns out to be hyperbole, Axios noted that after the Black Death killed around a third of Europe’s people in the 14th century, labor scarcity caused higher wages and investment in technology that helped bring an end to the feudal era.

Many Americans and others internationally view the September 11 terror attacks in 2001 and the 2008 financial crisis as world-shaking events. The novel coronavirus pandemic is likely to have even more profound and more permanent effects, argued a number of thinkers in Politico. They foresee a renewed trust in institutions and science, a greater role for government in the economy and culture, and other shifts.

Analysts told USA Today that the pandemic might even spark a rekindled appreciation for friends and neighbors.

Certainly the pandemic has been a “stress test” for globalization, as Foreign Affairs wrote. Many have applauded the complex web of interdependence that has developed in business and culture in recent decades. But as the German view shows – and this from a country that values and deeply benefits from globalization more than most – the strands of that web are more fragile than many boosters previously imagined.

Looking at the impact of international education alone, the American economy stands to lose $41 billion if foreign students can’t or won’t attend universities in the US, CNBC reported.

The crisis has not reached its peak, yet already it’s clear that tomorrow will never be the same.

Malians went to the polls on Sunday to vote in long-delayed parliamentary elections in spite of the outbreak of the novel coronavirus, an ongoing insurgency and the kidnapping of a main opposition leader, Reuters reported.

The vote was originally scheduled for 2018 but has been delayed twice due to violence in central and northern Mali. The government is fighting jihadists with links to al Qaeda and Islamic State.

The government insisted that the elections must go on and vowed to enforce additional hygiene measures to protect Mali’s 7.6 million voters from COVID-19. There are 20 confirmed cases in the West African nation.

Still, reports noted low turnout in the capital, Bamako, and it’s unclear how many showed up at the polls in the north and center of the country, areas used by jihadists as bases for terrorist attacks.

Meanwhile, the vote also comes a few days after opposition leader Soumaila Cisse was ambushed and kidnapped while campaigning in the war-torn center of the country, Agence France-Presse reported.

Results are expected later this week and a second round is scheduled for April 19 in constituencies where no candidate wins a majority.

Russian state oil giant Rosneft announced Saturday it would cease all activities in Venezuela and sell all assets related to projects in the country, a move that could further destabilize the Latin American nation’s crumbling economy, the Wall Street Journal reported.

The decision comes after the United States financially blacklisted a subsidiary of the company a few weeks ago for allegedly helping Venezuela sell its oil, a violation of US sanctions.

The end of operations leaves the fate of five oil projects with the state-owned Petróleos de Venezuela uncertain. The projects would have generated a total of nine million tons of oil a year – seven percent of the country’s total production.

The company, meanwhile, said it was selling its assets to an unidentified company owned by the Russian government.

The announcement is another blow for President Nicolas Maduro.

Last week, US prosecutors indicted Maduro and his inner circle on charges of drug trafficking and placed a bounty of $15 million for Maduro’s capture. 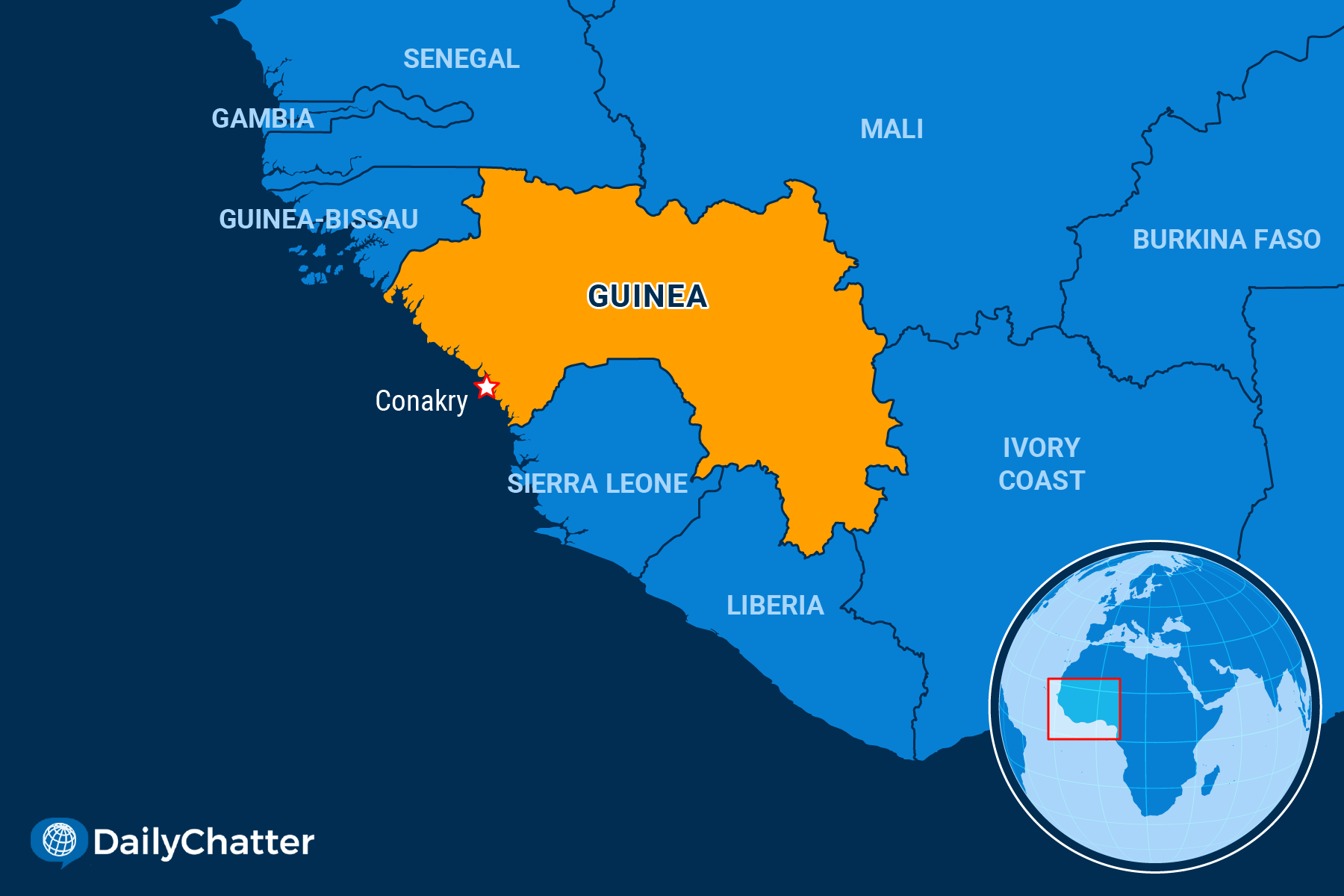 The Guinean opposition rejected the results of a constitutional referendum that would allow incumbent President Alpha Conde to extend his grip on power, Agence France-Presse reported.

Protests erupted in the city of Labe on Saturday following the announcement.

The controversial referendum had previously sparked deadly demonstrations in the country and was criticized by the United States and the European Union.

Conde’s government, however, had argued that the constitution was outdated and needed to be changed.

The new constitution also limits the presidential terms to two but extends the length of the term to six years.

Critics fear that the referendum will reset the presidential term counter to zero, allowing Conde to govern for another 12 years.

Conde was elected in 2010 and reelected in 2015 with his current term expiring this year. He has not ruled out seeking another term.

The Unequal Sands of Time

An old adage dictates that females live longer than males, and that’s true not only for humans, according to a new study.

Scientists analyzed data from multiple studies on 134 animal populations and 101 species, including lions and orca and discovered that the female advantage in longevity is seen in other mammal species, Smithsonian Magazine reported.

The results showed that among 60 percent of the studied populations, females lived longer. On average, female mammals have lifespans 18.6 percent longer than their male counterparts.

In humans, women live on average 7.8 percent longer than men.

A range of factors, such as the environment and biology, could contribute to this disparity, the team explained.

They noted that male mammals’ bodies devote “substantial” resources toward the “growth and maintenance of secondary sexual traits,” which might make them more sensitive to environmental conditions.

For example, male and female bighorn sheep living in areas where resources were plentiful had no difference in lifespans. However, in areas where winters were particularly harsh, the males had shorter lifespans.

There are still a lot of lingering questions as to what conditions determine longevity in humans and other mammals, but the authors hope that further research will unravel the “evolutionary roots and physiology underlying aging in both sexes.”

Correction: In Friday’s DISCOVERY section, we cited CBS News’ report in our “A Sunbreak” item, which said that Hodgkin’s lymphoma is an untreatable type of blood cancer. It is in fact treatable with a very high survival rate. We apologize for the error.